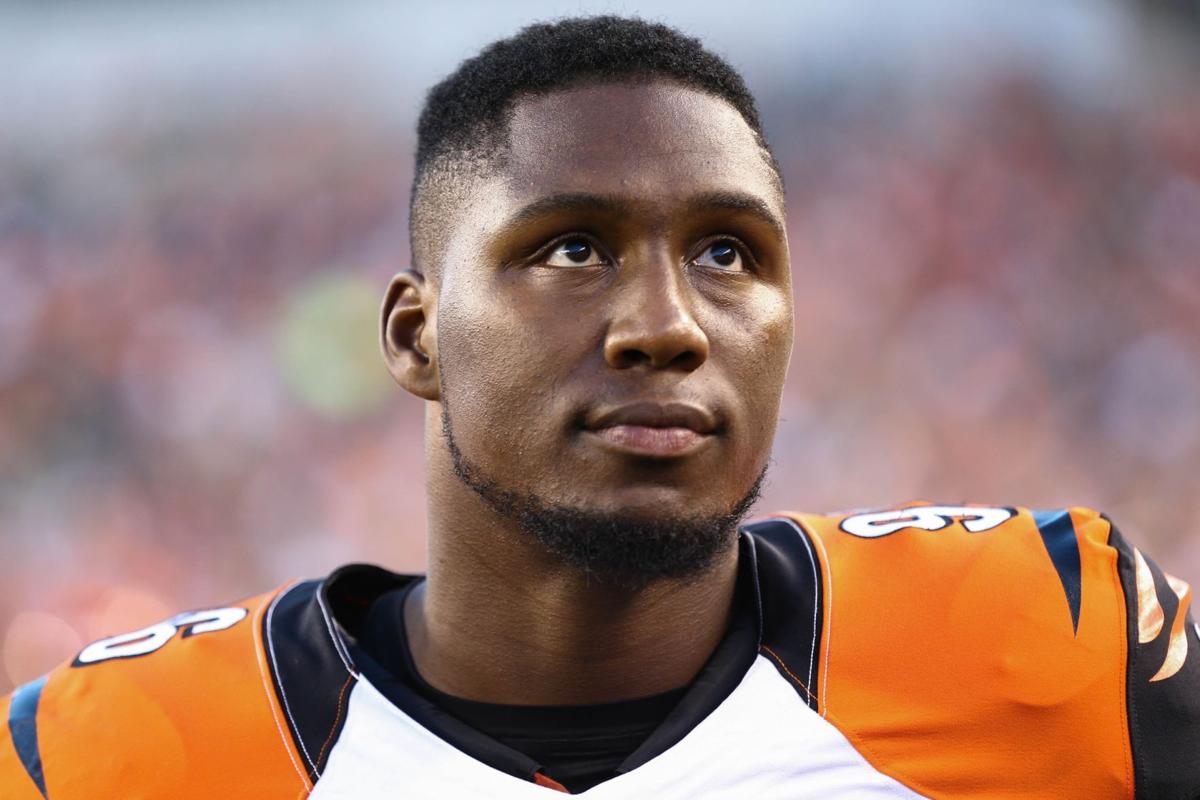 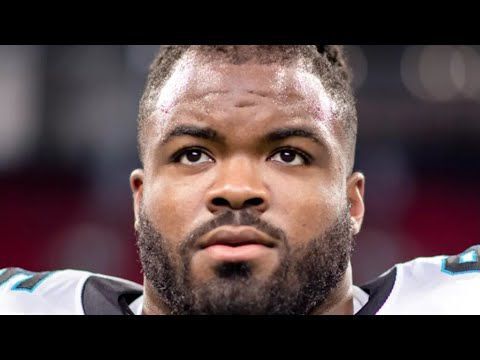 FRISCO, Texas — The Dallas Cowboys released defensive tackle Dontari Poe on Wednesday, cutting ties with a veteran expected to play a key role for a disappointing defense now going through a midseason shakeup.

Poe was also the first Dallas player to kneel during the national anthem in protest of issues of racial injustice and police brutality. Owner Jerry Jones has been outspoken against such protests, at one time threatening to bench any Dallas players who did.

Jones softened his stance with the national reckoning over issues of race sparked by the death of George Floyd at the hands of police in Minnesota. Poe was the only Dallas player to kneel in the first seven games.

Poe and defensive back Daryl Worley were released a day after the Cowboys (2-5) traded defensive end Everson Griffen to Detroit for a conditional draft pick in 2021. All three were free agents added during the offseason and are now among five additions that won’t make it to the end of the season in Dallas.

Defensive tackle Gerald McCoy is out for the season after tearing a leg muscle in training camp, leading to his release shortly thereafter. Safety Ha Ha Clinton-Dix was cut before the season started.

Poe’s release comes after his snaps dropped off significantly after a season-high 59 in a 49-38 loss to Cleveland in Week 4 when the Cowboys gave up 307 yards rushing.

Seahawks get pass rush help in Dunlap from Bengals

RENTON, Wash. — Carlos Dunlap made it clear he wanted out of Cincinnati and got his wish.

The Seattle Seahawks hope by getting Dunlap out of Cincinnati, they’ve landed an answer to help solve their underperforming defense.

In dire need of defensive help, the Seahawks acquired Dunlap from the Bengals on Wednesday. Seattle coach Pete Carroll said Dunlap will step into the LEO position on the defensive line once he clears COVID-19 protocols, which will come next week.

“This was one that fit exactly what we needed and really pleased to get it done,” Carroll said. “Glad to bring a guy of Carlos’ stature and background to the club and I’m happy for him to come here.”

Dunlap was thoroughly unhappy with his situation in Cincinnati, to the point of briefly putting his house for sale on social media last weekend. The Bengals found a willing buyer in Seattle. The Seahawks have been in desperate need to solve their pass rush issues that have been a key part of a defense that ranks last in the league in yards allowed and passing yards allowed through the first six games of the season.

“Carlos had many fine seasons here and showed rare physical talent that took him to multiple Pro Bowls,” Bengals president Mike Brown said in a statement. “I will always remember the role he played as a key part of exceptional defenses that we rode to the playoffs year after year.”

This season, Dunlap has started four games and had one sack and 18 tackles. He’ll finish his career in Cincinnati one sack shy of tying the franchise’s all-time mark.

In a post on Instagram on Wednesday, Dunlap thanked the Bengals while also expressing his excitement about the opportunity in Seattle.

“When you have 70 players in the locker room, there are always going to be challenges and people that are frustrated and you’ve just got to work in conjunction with the leaders on the team to manage all those situations to make sure that it’s being handled exactly how as we, the Cincinnati Bengals, want it to be handled now and going forward,” Taylor said. “I think we’ve made progress in that area every single week that we’ve been here. I think we have a really good group of guys who are starting to see that and handling things the right way.”

Seattle sent backup offensive lineman B.J. Finney and a seventh-round draft pick to the Bengals in compensation. Finney was signed in the offseason with the thought he would be Seattle’s starting center, but was beaten out by Ethan Pocic for the starting job.

The trade is another deft move by general manager John Schneider as Dunlap is not a rental. Dunlap’s contract goes through the 2021 season.

Schneider sees the opportunity Seattle has at the moment. The Seahawks have the top offensive in the NFL through six games with Russell Wilson playing as well as any point of his career. But the defense has been a massive problem through a combination of injuries and poor performance, and the pass rush has been a core part of the issue.

Seattle has just nine sacks through six games. Safety Jamal Adams, who has missed the past three games because of an injury, is tied with Benson Mayowa for the team lead with two sacks. The Seahawks didn’t record a QB hit on Arizona’s Kyler Murray in last Sunday’s 37-34 overtime loss.

The lack of pressure up front and problems in the secondary have led to Seattle giving up 368.7 yards per game passing, worst in the league.

Seattle believes Dunlap will be a boost because of his ability to line up in multiple spots at defensive end and be a three-down player. Carroll said he’ll work in a rotation that includes veteran Benson Mayowa and should help both players.

Dunlap won’t play this week but the Seahawks could end up adding Adams, Dunlap, Damon “Snacks” Harrison, Rasheem Green and Mychal Kendricks to their defense in the next couple of weeks.

“We’ve watched him from afar for years,” Seattle defensive coordinator Ken Norton Jr. said. “He’s been a player that’s been very productive and active over the last several years, so there’s no question he could serve and step in and help us. ... I cannot wait to get him here.”

As 1st NFL start looms, Tua says he’s not caught up in hype

MIAMI (AP) — Tua Tagovailoa’s days as a student were recent enough that he remembers how to cram for a test, which is what he has been doing lately.

Newly promoted to the starting job with the Miami Dolphins, Tagovailoa didn’t spend last weekend celebrating even though the team had a bye.

“I was here a lot,” he said at the team complex Wednesday. “I spent a lot of my time here just watching some film, but also working out. I got with some of the guys as well so we could work on some timing with certain routes.”

The test comes Sunday when Miami (3-3) plays host to the Los Angeles Rams (5-2). It will be Tagovailoa’s first start since a serious hip injury ended his Alabama career nearly a year ago, and it’s perhaps the Dolphins’ most anticipated coming-out party since celebrity coach Nick Saban began his two-year stint with Miami in 2005.

Even so, Tagovailoa said, his world remains even-keeled.

“What helps for me is my family’s not too big on the hype and whatnot,” he said. “It’s more so just being a good son for them. A lot of times when I come home or talk to my parents, they don’t really necessarily want to know how football went; they want to know how everything is with me as a person.

“What also helps me are the coaches and my teammates. You get joked on and whatnot. I don’t think anyone here in this organization can get too caught up in any of the hype.”

While the rookie’s profile in practice has changed, his demeanor hasn’t, coach Brian Flores said.

“When you’re in there as the No. 1 guy, you assume a little bit bigger role,” Flores said. “That’s just natural to the position, and I think everyone knows that. He’s just being himself.”

Tagovailoa is touted as a potential franchise quarterback, and began to assume that role soon after the draft. He has worked hard to build bonds with teammates, even spending time grilling defensive players and assistant coaches regarding how he can improve.

“He has been a strong leader since he got in the building in July,” center Ted Karras said. “It’s going to be an exciting weekend for us and for Miami Dolphins nation.”

Tagovailoa threw 87 touchdown passes at Alabama, but his professional resume shows two modest completions for 9 yards, both in mop-up duty as he made his Dolphins debut in their last game.

Nonetheless, he believes he’s has studied enough, and is ready to run an NFL offense.

“My leadership plan is just to be the same Tua I’ve always been,” Tagovailoa said. “I don’t have to go out yelling at guys. That’s not the way I lead. I’m just going to be me.”