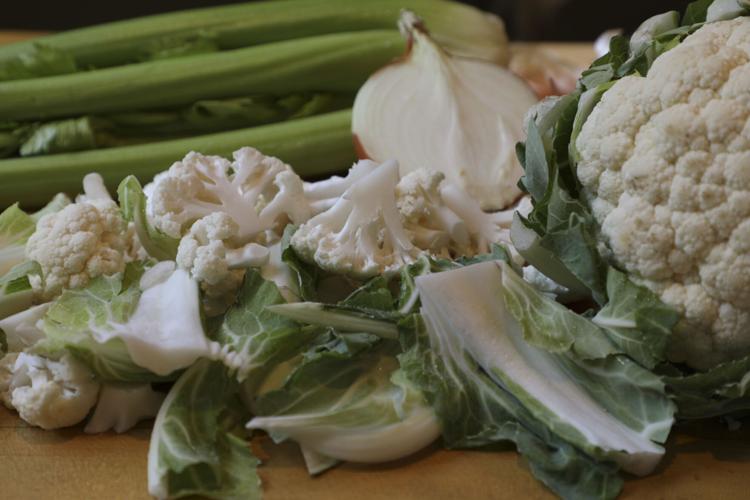 The stems of Cauliflower, onion, and celery can be used for a hearty soup. 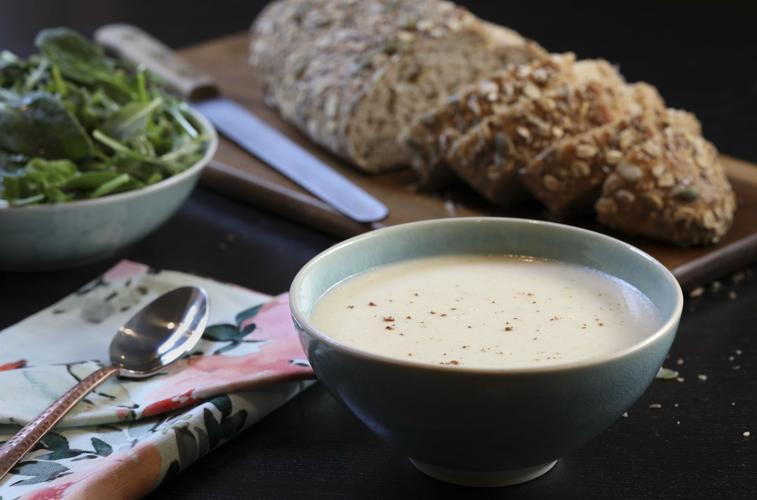 Cauliflower soup can be a frugal dish to make.

The stems of Cauliflower, onion, and celery can be used for a hearty soup.

Cauliflower soup can be a frugal dish to make.

I should come clean about a recent New Year’s resolution, the one where I swore to contemporize my cultural references. I have failed. Miserably.

Today, we’ll tackle my resolution, in which we

We’ll do more and waste less. We’ll harness that pluck. With a song in our heart and a sandwich in our satchel, we’ll aim for a teenier garbage footprint as we roam this wide earth and, in so doing, maybe make it a better place.

Why you need to learn this

Yorbus crispy, have you forgotten 2020 already? The fires? The murder hornets? The plague? I’m thinking our had-it-up-to-here planet’s giving us a hint. I’m thinking it’s time to slow our headlong plunge into the abyss. Save more. Use less.

The steps you take

Our species (homo sapiens) is the only planetary resident that creates actual, useless waste. Birds don’t do it. Bees don’t do it.

Even educated fleas don’t do it.

Nobody else produces waste because every byproduct of every species but our own becomes food for some other species. Out Himalaya way, water buffalo dung nourishes the grass of the Terai-Duar savanna. Those grasses give sustenance to the blackbuck antelope, whose carcass later feeds the noble white-rumped vulture who herself ends up in the belly of bacteria who render her to dust. Same with the maple and the mulberry bush, the bison’s boogers and the tapir’s tush. Everything becomes food for somebody else.

Humans, on the other hand, produce garbage. We throw out actual food, pile it into plastic and lob it full tilt into landfills, where it rests, undisturbed for thousands of years. Waste.

Here’s an idea: Let’s reduce that waste. Let’s leave the planet like we should be leaving our kitchen: cleaner than we found it.

One way to reduce waste is simply to use up all those things that are languishing on our Frigidaire’s death row. You know them: little lugs of leftovers you can’t believe nobody finished. The half a bowl of peas, the container of converted rice or the chunk of boneless pork roast. Like it would kill you to have one more bite of pork?

Here’s what you do: Think of dishes that feature small amounts of several ingredients. Fried rice. Soup. Stir-fried noodles. If you don’t know where to start, use any random recipe as your guide: Pay attention to the method, but swap out the printed ingredients for the leftovers in your fridge.

For example, if that fried rice recipe calls for a head of broccoli and sushi rice, just use those leftover peas along with the converted rice (or basmati rice or quinoa, if that’s what you’ve got). Don’t worry about exact amounts. Remember this: Recipes are written by humans whose tastes undoubtedly differ from yours. Amounts don’t necessarily need to be exact and similar ingredients — like vegetables or meats — often can be substituted for one another.

You can apply the same principles to noodles. Or pizza. Or soup.

Think of a bowl of soup. Handfuls of randomized vegetables, floating in flavorful broth. Imagine making your own vegetable soup, or pork and vegetable, or chicken and vegetable. Start with canned broth, then add whatever is lurking in the fridge. If there’s not enough, throw in a can of beans from the cupboard.

And speaking of soup, here’s another general principle to go with “Use Up the Stuff in Your Fridge”: Consider using things that you otherwise might throw out.

Lately, I’ve been making lots of roasted broccoli. (Toss a pound or two of broccoli florets with some olive oil, dust it with salt, minced or powdered garlic and some hot red pepper flakes and throw it single-layered into a 425-degree oven for 20-ish minutes, turning once.) It’s a delicious side, but uses only the florets, not the stems.

Enter cream of broccoli soup: Sweat the chopped stems in a little butter with some onion and celery, then add flour to make a roux. Pour in stock (1 to 2 quarts per pound of stems), simmer, puree, add cream, season, and blammo: soup. You could add cheese, too, in case the cream alone doesn’t justify your dependence on Lipitor.

You can do the same thing with cauliflower (see recipe), although the ratio of stems to florets is somewhat smaller than for broccoli. Still, serve cauliflower twice in one week and you’ll probably have enough stem for a lovely little cauliflower and cholesterol soup.

Every time you cook, ask yourself if something you’re discarding couldn’t be used for something else. Like the liquid you used to poach your sausages. (Use it as a base for sauces or just reduce it, season it and drink it hot like a beast.)

Or, if you’re making shrimp, save the shells in the freezer, then use them later to make shrimp stock for bisque or gumbo.

Or, if you’ve purchased a chicken, instead of roasting it whole, maybe take the meat from the bones beforehand and use the carcass for stock. Or kick it old school and grind the skin and make gribeens (cracklings with fried onions). Or just remove the skin whole and make an umbrella for your rhesus monkey. It’s cheaper than those bespoke monkey raincoats you’ve been buying at Not Just Chimp Pants.

Here’s a personal favorite: You know the brown bits stuck to the bottom of the pan after your roast or pan sear meat? Lots of people use them for instant pan sauces, but here’s what I do: I scrape it into a jar and save it for later. If the brown bits are really stuck to the pan, I’ll deglaze it first: Crank the heat beneath the pan and dump in a water-based liquid like stock, wine, beer or even water. Bring it to a boil while scraping up the brown bits and reduce the liquid to a sad-looking syrup. Done.

Deglazed or not, keep it all in a jar, like Eleanor Rigby’s face, only don’t keep it by the door; store it in the fridge. The yummy gelatinous goo will settle to the bottom and be protected from spoilage by the threatening layer of congealed fat overlaying the top — like that French dish, confit, where meat is cooked and kept submerged in its own fat.

You can use the fat for sauteing or just discard it. Then, use that lovely gelatinous goo as you would a concentrated sauce base: Heat it ‘til it melts, then strain out any bits that remain from its original and literal incarnation. Taste it. If it’s too strong (a distinct possibility, particularly if the dish from which it came originally was highly spiced or seasoned), add a bit of broth to calm it down, then thicken it with a cornstarch slurry, enrich it with a bit of whole butter, and blammo: an instant, delicious sauce.

You can make this soup with just the stems or with the whole head, leaves included. Don’t worry about exact measurements. For my money, the two most important things are seasoning and consistency, both of which you control after pureeing. Cut down on prep and cooking time by pulsing cauliflower in a food processor along with onion and celery into small, gravelly pieces.

1/2 cup heavy cream, heated to near boiling on stovetop or in microwave

1. Melt butter in a large, heavy-bottomed saucepan over medium-high heat. Add onions, celery and cauliflower; cook, stirring, until onions are translucent, 3 to 5 minutes.

2. Stir in flour to form a roux. Continue cooking, stirring, to get rid of the floury flavor, 3 to 4 minutes.

4. Remove from heat; carefully puree in batches in a blender. Return soup to a clean pot; place over medium-high heat to rewarm.

5. Stir in cheese until incorporated. Stir in hot cream.