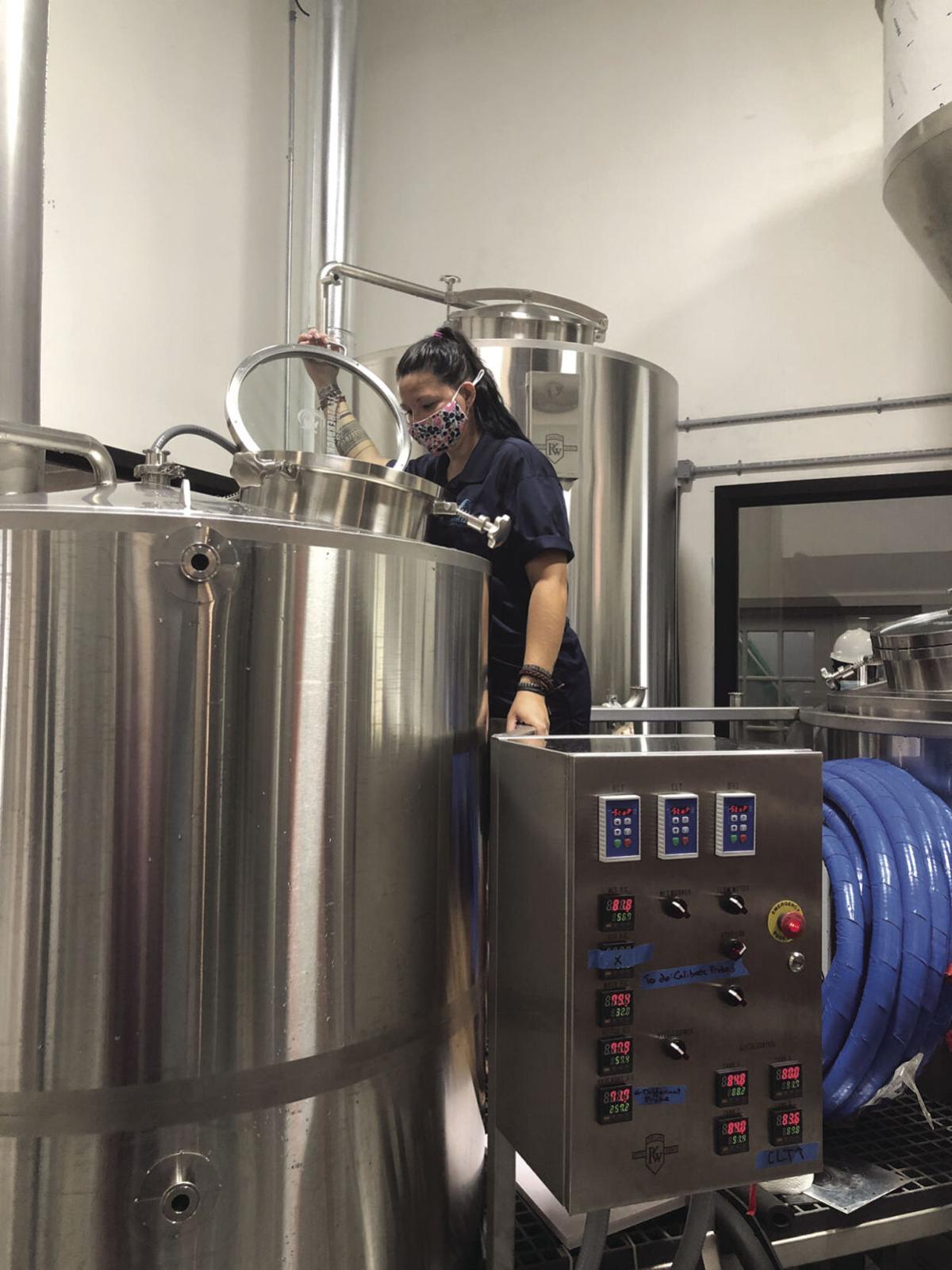 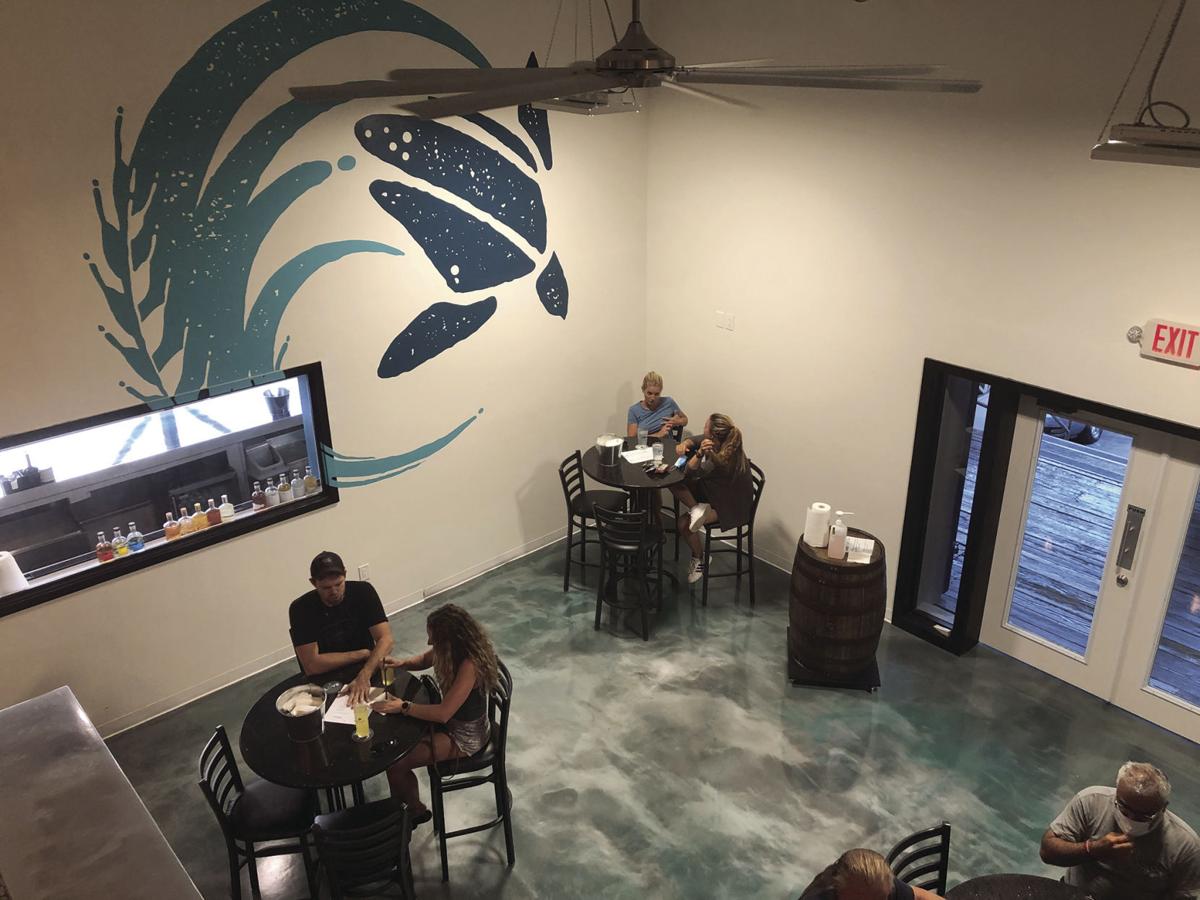 “Our goal is to become the leading, biggest and best craft beer brand of the Caribbean,” said Aaron Hutchins, one of five partners operating the company, along with Packy Gilbert, Scot McChain, David Johnson and John Giannopoulos. “Transitioning to entrepreneurship and business ownership has been a challenge, but very satisfying, especially when you’ve got a good team and a solid vision to build around and work towards.”

David Bronstein is the brew master in charge of day-to-day operations of the full production, full-service brewery that produces, packages and labels everything in house. His wife Ivy has significant experience in the retail and marketing of craft beer. Jeanine Janowski is the brewer on St. Thomas, and between them they have a wealth of experience in the craft beer world.

Leatherback Brewing Company distributes all of their products throughout the Virgin Islands and works with distributors in other locations. Their products are now also available in Puerto Rico and BVI and they are poised to distribute on St. Maarten. They provide door-to-door service for both canned beer and keg beer, and are helping to build the infrastructure for draft beer systems in the Virgin Islands, both beer refrigeration systems and the support services needed to make them work successfully. Because craft beer is non-pasteurized and non-preserved, it is considered to be a living product that is best fresh, so it needs to stored and shipped cold.

“The ingredients that go into it that make craft beer so wonderful are very delicate, so they don’t age well,” said Hutchins. “They don’t do well in the heat and light breaks them down, which is one reason why we use cans instead of bottles to better preserve the beer. Our beer has to be refrigerated, so we move it everywhere we sell it cold. It’s never warm. That’s why craft beer is such a challenge in the Caribbean, shipping refrigerated containers, using refrigerated boats and refrigerated trucks.”

The brewery started out self-distributing throughout the Virgin Islands, and as they began to build their portfolio of products, they acquired more than 300 accounts in the Virgin Islands. It became apparent to the team that they had basically become a distribution company as well as a brewery. They decided to spin off their distribution company, named Caribbean Crafted, and become the distributors for two other craft products, Mutiny Island Vodka, made on St. Croix, and Tresclaros Rum from Puerto Rico.

“We have a great working relationship. The three companies have parallel stories and it was a natural fit for us,” said Hutchins. “We all care very much about the products we put in people’s hands and the craft story and the authenticity of it being made in the Caribbean islands. We are very focused on being authentic to the Caribbean.”

In tasting rooms on both St. Croix and St. Thomas, patrons will see only products that they make or distribute, which also includes Mutiny’s whiskey and tequila and Zing Zang mixers out of Chicago. There is also their new product, launched just two weeks ago, Soca Hard Seltzer.

Since they had a sales team and distribution operation on St. Thomas already, it seemed a natural progression to open a brewery and tasting room there. The space, located in Havensight Plaza across from Havensight Mall, had to be completely built out, as there were no walls, no ceiling and an old, cracked floor. The renovated space sports a clean, modern, yet thoroughly Caribbean ambience. The murals on the walls, as well the can art and shirts, were created by Hutchins’ daughter, Sylvana Montealegre Hutchins.

The space is much smaller than their brewery on St. Croix, which handles the main production, but because it is a smaller system, it allows them to do more development and experimentation.

The St. Thomas tasting bar offers a total of 16 different craft beers on tap at the inside and outside bars as well as packaged beer to buy and take home. Four primary beer products are made year-round, Reef Life IPA, Island Life lager, Beach Life blonde ale and Bush Life farmhouse ale, and then there is a whole annual production plan for limited release series heavily influenced by agriculture and cultural events.

Community and their Virgin Islands identity is very important to the team.

“We may be based on St. Croix, but we have been deliberate in considering ourselves a completely Virgin Islands product brand,” said Hutchins. “This facility allows us to be more substantially engaged in the community, not just because we’ll have a larger physical presence, but we’ll also have a larger staff presence on St. Thomas. We are fully committed to being successful and energetic and strongly engaged on St. Thomas. We pride ourselves on being a family friendly operation.”

Leatherback Brewing on St. Thomas will initially be open from noon to 7 p.m., and may eventually open on weekends until 9 p.m. For more information, visit www.leatherback brewing.com.