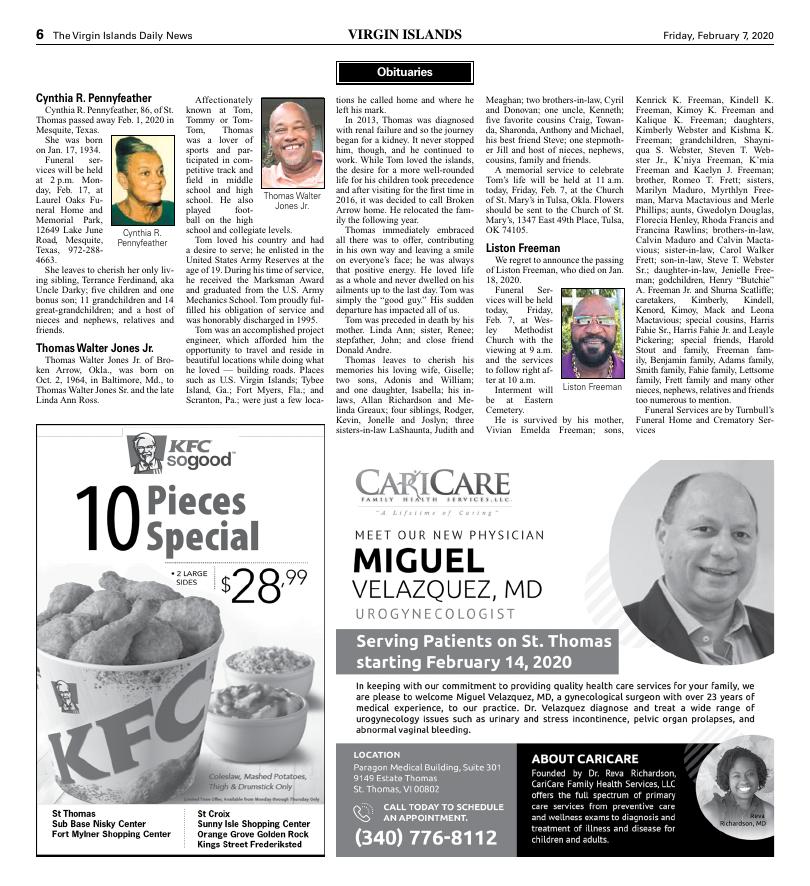 She leaves to cherish her only living sibling, Terrance Ferdinand, aka Uncle Darky; five children and one bonus son; 11 grandchildren and 14 great-grandchildren; and a host of nieces and nephews, relatives and friends.

Affectionately known at Tom, Tommy or Tom-Tom, Thomas was a lover of sports and participated in competitive track and field in middle school and high school. He also played football on the high school and collegiate levels.

Tom loved his country and had a desire to serve; he enlisted in the United States Army Reserves at the age of 19. During his time of service, he received the Marksman Award and graduated from the U.S. Army Mechanics School. Tom proudly fulfilled his obligation of service and was honorably discharged in 1995.

Tom was an accomplished project engineer, which afforded him the opportunity to travel and reside in beautiful locations while doing what he loved — building roads. Places such as U.S. Virgin Islands; Tybee Island, Ga.; Fort Myers, Fla.; and Scranton, Pa.; were just a few locations he called home and where he left his mark.

In 2013, Thomas was diagnosed with renal failure and so the journey began for a kidney. It never stopped him, though, and he continued to work. While Tom loved the islands, the desire for a more well-rounded life for his children took precedence and after visiting for the first time in 2016, it was decided to call Broken Arrow home. He relocated the family the following year.

Thomas immediately embraced all there was to offer, contributing in his own way and leaving a smile on everyone’s face; he was always that positive energy. He loved life as a whole and never dwelled on his ailments up to the last day. Tom was simply the “good guy.” His sudden departure has impacted all of us.

Funeral Services will be held today, Friday, Feb. 7, at Wesley Methodist Church with the viewing at 9 a.m. and the services to follow right after at 10 a.m.

Interment will be at Eastern Cemetery.

Funeral Services are by Turnbull’s Funeral Home and Crematory Services

He was born in February 1934 in Miami to Harrison “Pat” Murphy and Delphia Jones Murphy. During his youth, he worked in his mother’s flower shop making flower deliveries. He graduated from Edison High in Miami and joined the Air Force. During the Korean War, he was stationed in South Korea and Japan as a weatherman.

After the war, he went to a family homestead in Dayton, Tenn., where he almost married the moonshiner’s daughter. But that’s another story.

Convinced that he had another destiny, he enrolled at the University of Florida on the GI Bill. He married Ada Sue Murphy while at the university. After he graduated, he taught English at a school in Melrose, Fla.

Still convinced he was headed for adventure, the young couple built a sailboat in their backyard and put everything they owned into it and sailed off to the Virgin Islands. Already pregnant with their first child, they sold the boat in St. Thomas and started a sailmaking business. This business led to making awnings and doing reupholstery, and after a bar meeting with the manager of the V.I. Hilton in which he persuaded the hotel manager he was a mattress retailer, he started his first furniture business, Economy Furniture.

This business evolved into Island Furniture House, which at one point had two stores on St. Thomas and one on St. Croix. In a turn of fate, his major store in Sub Base burned to the ground on New Year’s Eve 1974. This event changed his life. He divorced, and ultimately split his time between his store on St. Croix and his freight forwarding business in Miami. He was a serial entrepreneur. He started The Great Norwegian Trading Company, which imported and sold rattan and wicker furniture from Southeast Asia. He imported antique furniture from the United Kingdom. He also had factories all over Asia making oil paintings featuring his own photography of the Virgin Islands and Florida.

He ran Island Furniture House of St. Croix for 30 years. His television commercials featured his characters “Crazy Murphy,” who would “Stand on his head to sell you fine furniture!” and the infamous Granny Murphy. Inspired by his own grandmother, he played Granny Murphy in his commercials, dressed in what he considered a conservative grandmother from Missouri would wear, with a long wig. In the 1970s and ‘80s, he was by far the most well-known television personality in the Virgin Islands.

If you lived there at that time, you knew him from his ubiquitous 30-second spots on Channel 4. The most famous spot he did — dressed as Granny Murphy —he chainsawed a dresser in half “to see if it was all wood!”

After hurricane Hugo, which devastated St. Croix, he closed his business and retired to Ocala, Fla., where he lived for many years.

He moved to Orlando to be closer to family. He died living on his own on his own terms. Harrison Murphy was a true relentless entrepreneur. He was a great storyteller. He had tales from his years in the islands and in Asia that would entertain his friends and family. He had a quick and cutting wit, and loved movies, books and politics. 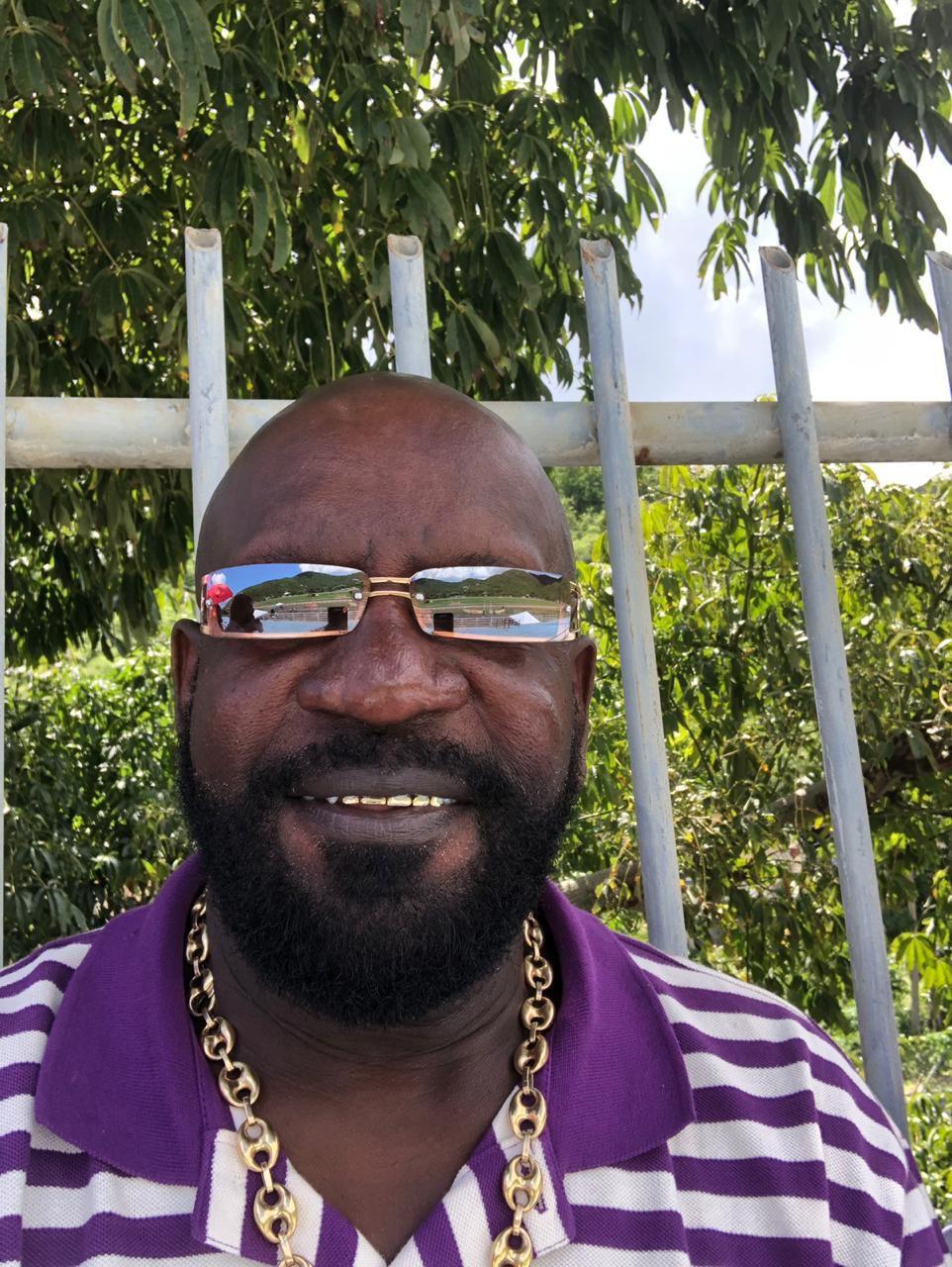 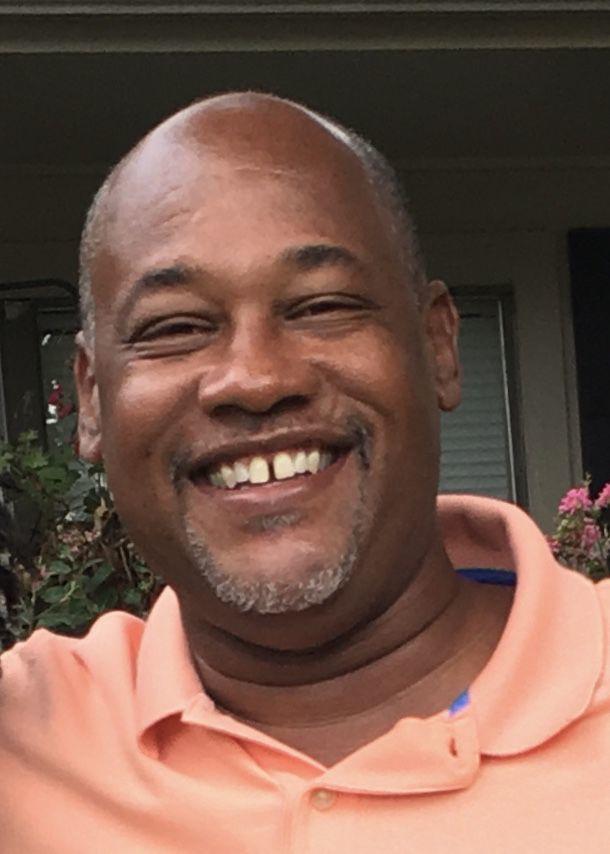 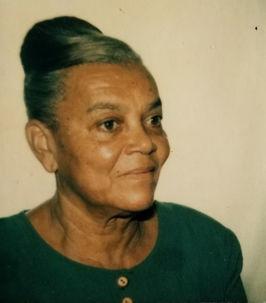 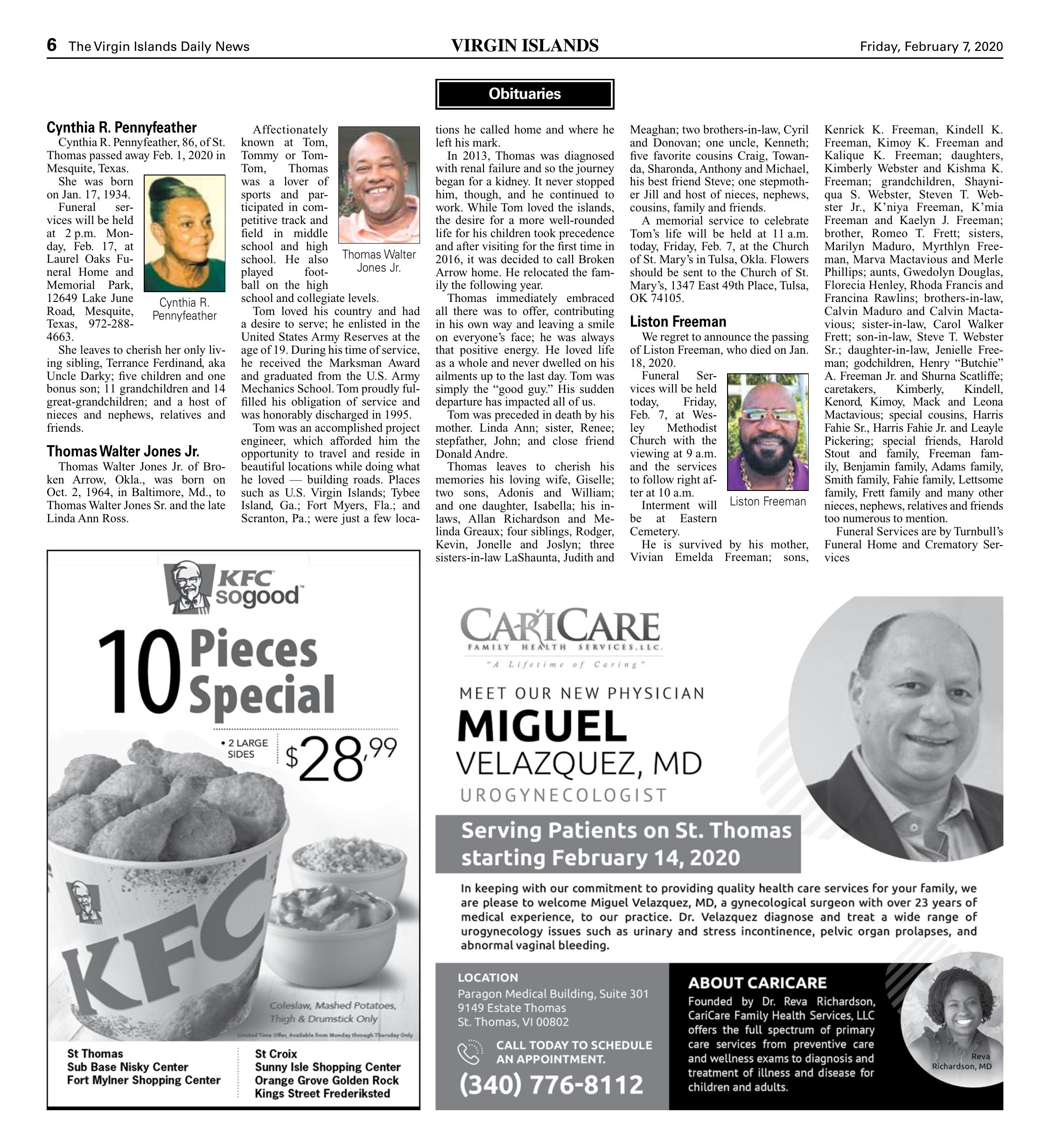