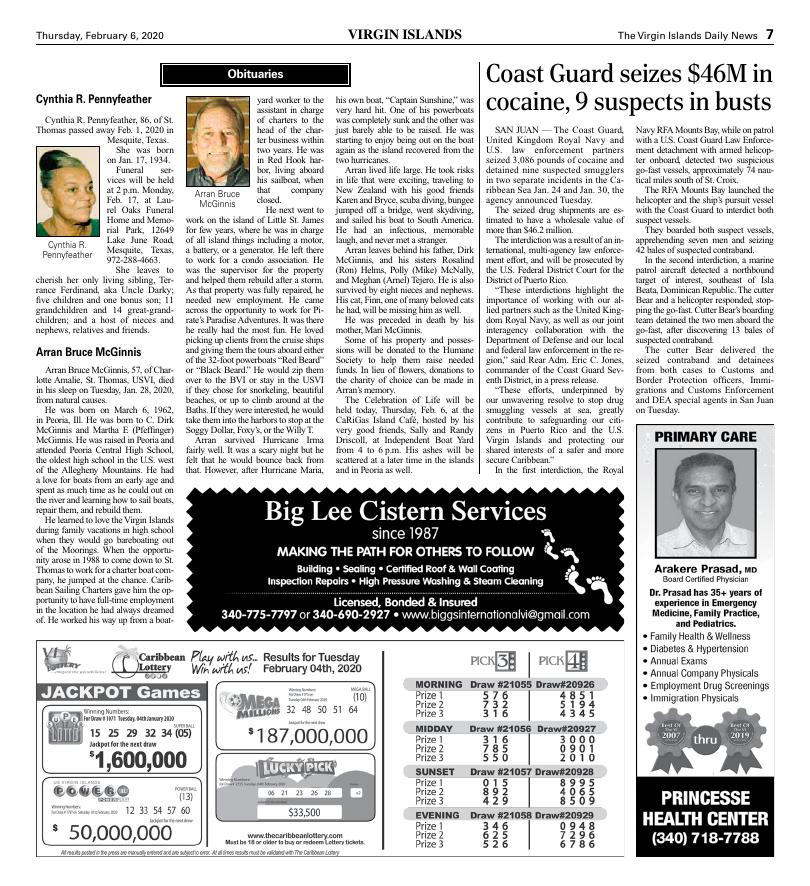 She leaves to cherish her only living sibling, Terrance Ferdinand, aka Uncle Darky; five children and one bonus son; 11 grandchildren and 14 great-grandchildren; and a host of nieces and nephews, relatives and friends. 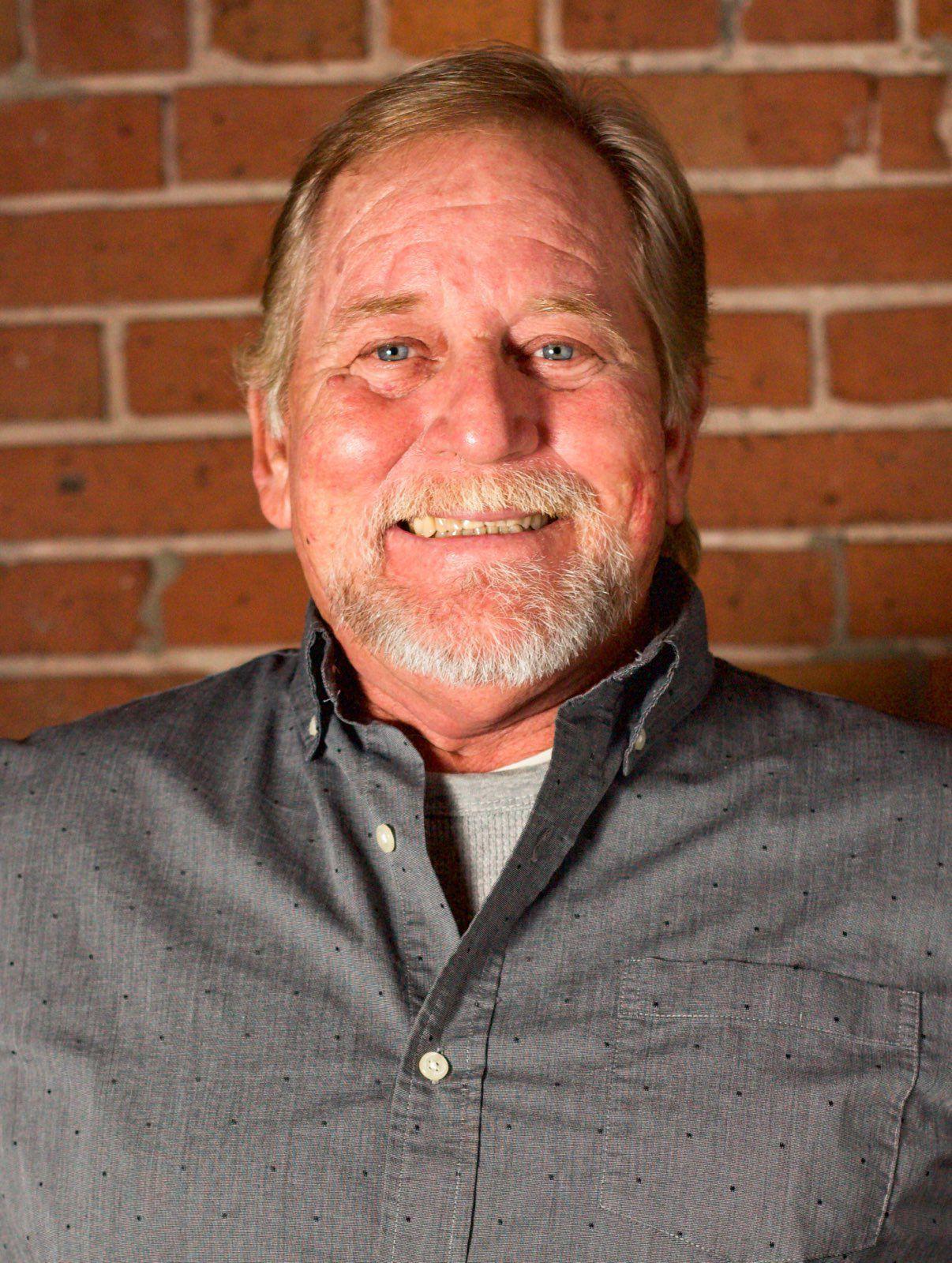 The seized drug shipments are estimated to have a wholesale value of more than $46.2 million.

The interdiction was a result of an international, multi-agency law enforcement effort, and will be prosecuted by the U.S. Federal District Court for the District of Puerto Rico.

“These interdictions highlight the importance of working with our allied partners such as the United Kingdom Royal Navy, as well as our joint interagency collaboration with the Department of Defense and our local and federal law enforcement in the region,” said Rear Adm. Eric C. Jones, commander of the Coast Guard Seventh District, in a press release.

“These efforts, underpinned by our unwavering resolve to stop drug smuggling vessels at sea, greatly contribute to safeguarding our citizens in Puerto Rico and the U.S. Virgin Islands and protecting our shared interests of a safer and more secure Caribbean.”

The RFA Mounts Bay launched the helicopter and the ship’s pursuit vessel with the Coast Guard to interdict both suspect vessels.

In the second interdiction, a marine patrol aircraft detected a northbound target of interest, southeast of Isla Beata, Dominican Republic. The cutter Bear and a helicopter responded, stopping the go-fast. Cutter Bear’s boarding team detained the two men aboard the go-fast, after discovering 13 bales of suspected contraband.

The cutter Bear delivered the seized contraband and detainees from both cases to Customs and Border Protection officers, Immigrations and Customs Enforcement and DEA special agents in San Juan on Tuesday. 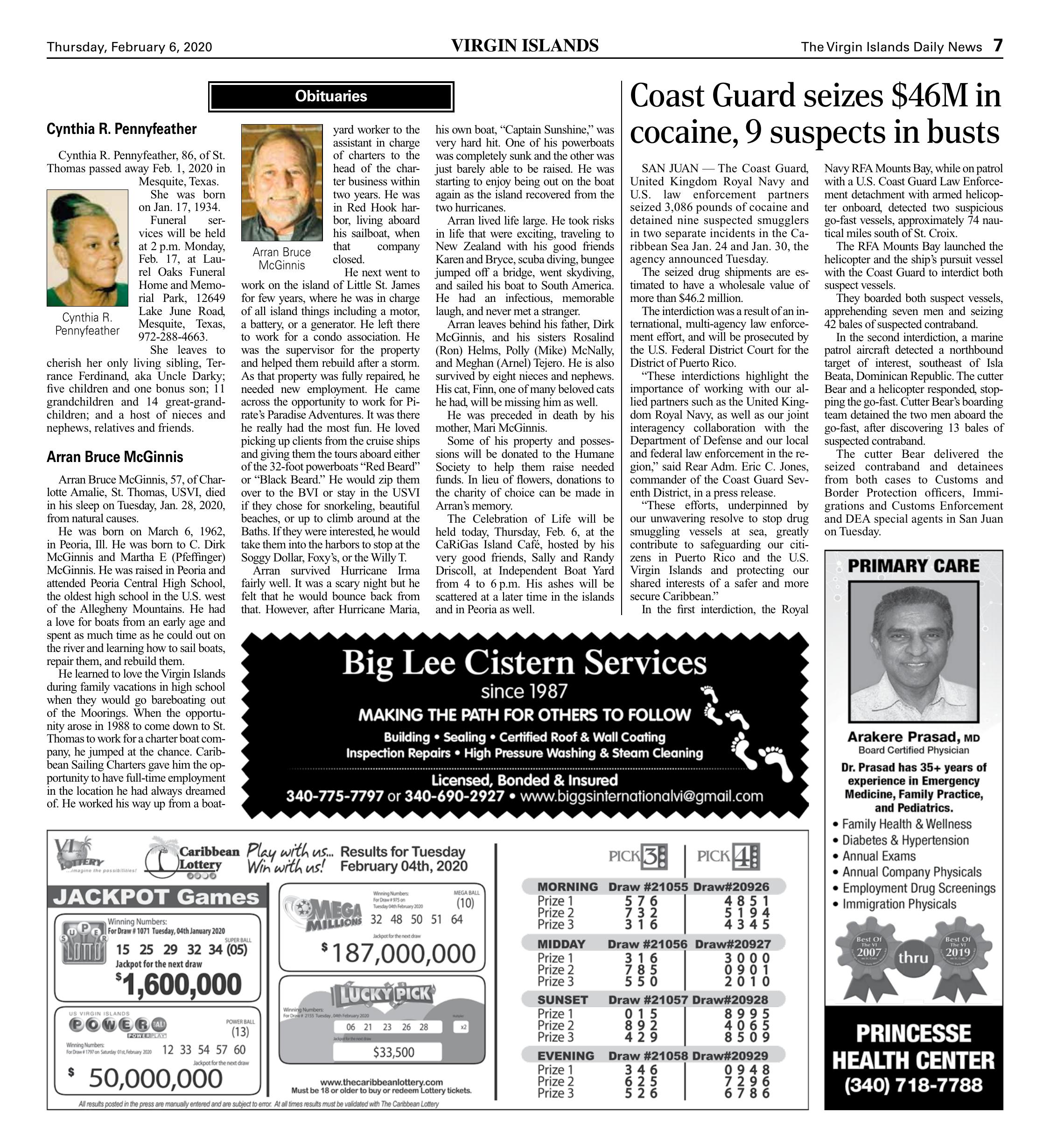