You have permission to edit this page.
Edit 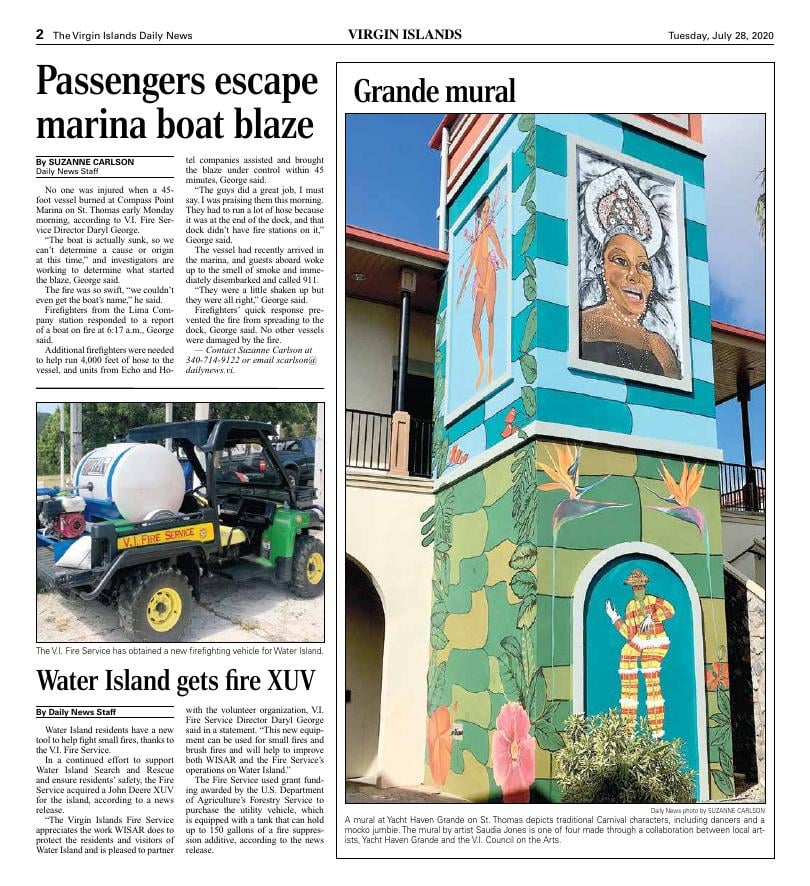 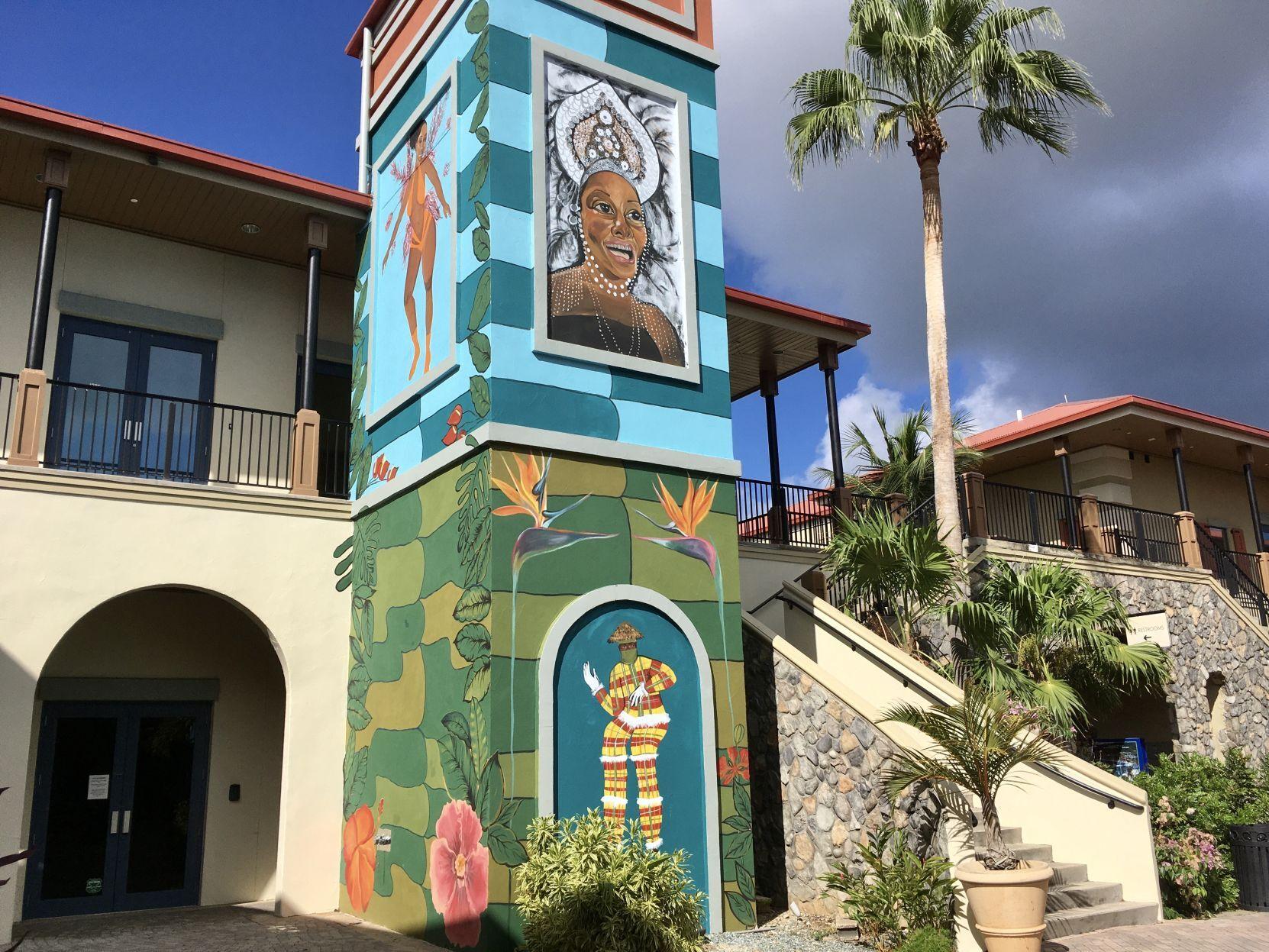 A mural at Yacht Haven Grande on St. Thomas depicts traditional Carnival characters, including dancers and a mocko jumbie. The mural by artist Saudia Jones is one of four made through a collaboration between local artists, Yacht Haven Grande and the V.I. Council on the Arts.

No one was injured when a 45-foot vessel burned at Compass Point Marina on St. Thomas early Monday morning, according to V.I. Fire Service Director Daryl George.

“The boat is actually sunk, so we can’t determine a cause or origin at this time,” and investigators are working to determine what started the blaze, George said.

The fire was so swift, “we couldn’t even get the boat’s name,” he said.

Firefighters from the Lima Company station responded to a report of a boat on fire at 6:17 a.m., George said.

Additional firefighters were needed to help run 4,000 feet of hose to the vessel, and units from Echo and Hotel companies assisted and brought the blaze under control within 45 minutes, George said.

“The guys did a great job, I must say. I was praising them this morning. They had to run a lot of hose because it was at the end of the dock, and that dock didn’t have fire stations on it,” George said.

The vessel had recently arrived in the marina, and guests aboard woke up to the smell of smoke and immediately disembarked and called 911.

“They were a little shaken up but they were all right,” George said.

Firefighters’ quick response prevented the fire from spreading to the dock, George said. No other vessels were damaged by the fire.

Water Island residents have a new tool to help fight small fires, thanks to the V.I. Fire Service.

In a continued effort to support Water Island Search and Rescue and ensure residents’ safety, the Fire Service acquired a John Deere XUV for the island, according to a news release.

“The Virgin Islands Fire Service appreciates the work WISAR does to protect the residents and visitors of Water Island and is pleased to partner with the volunteer organization, V.I. Fire Service Director Daryl George said in a statement. “This new equipment can be used for small fires and brush fires and will help to improve both WISAR and the Fire Service’s operations on Water Island.”

The Fire Service used grant funding awarded by the U.S. Department of Agriculture’s Forestry Service to purchase the utility vehicle, which is equipped with a tank that can hold up to 150 gallons of a fire suppression additive, according to the news release. 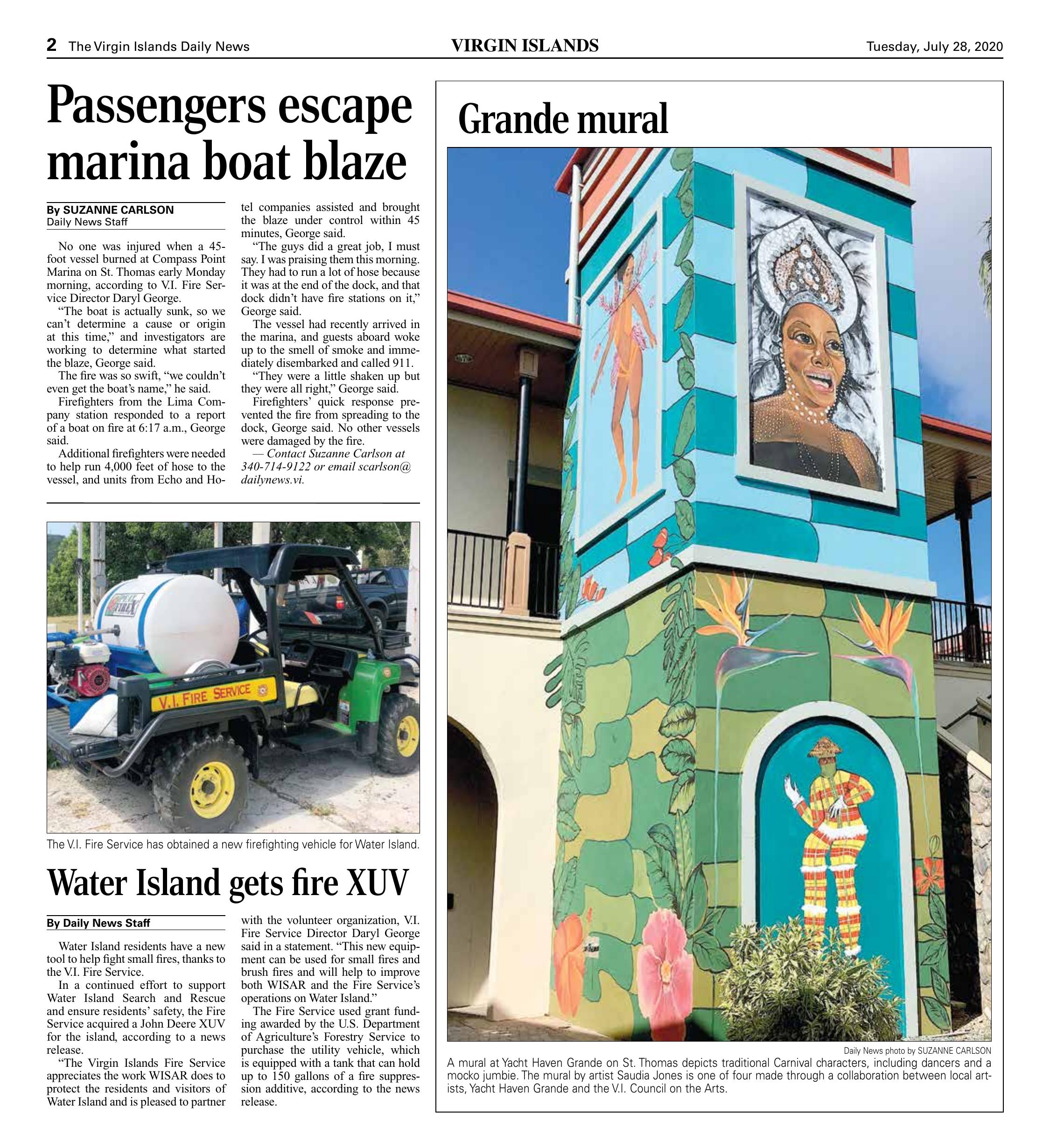