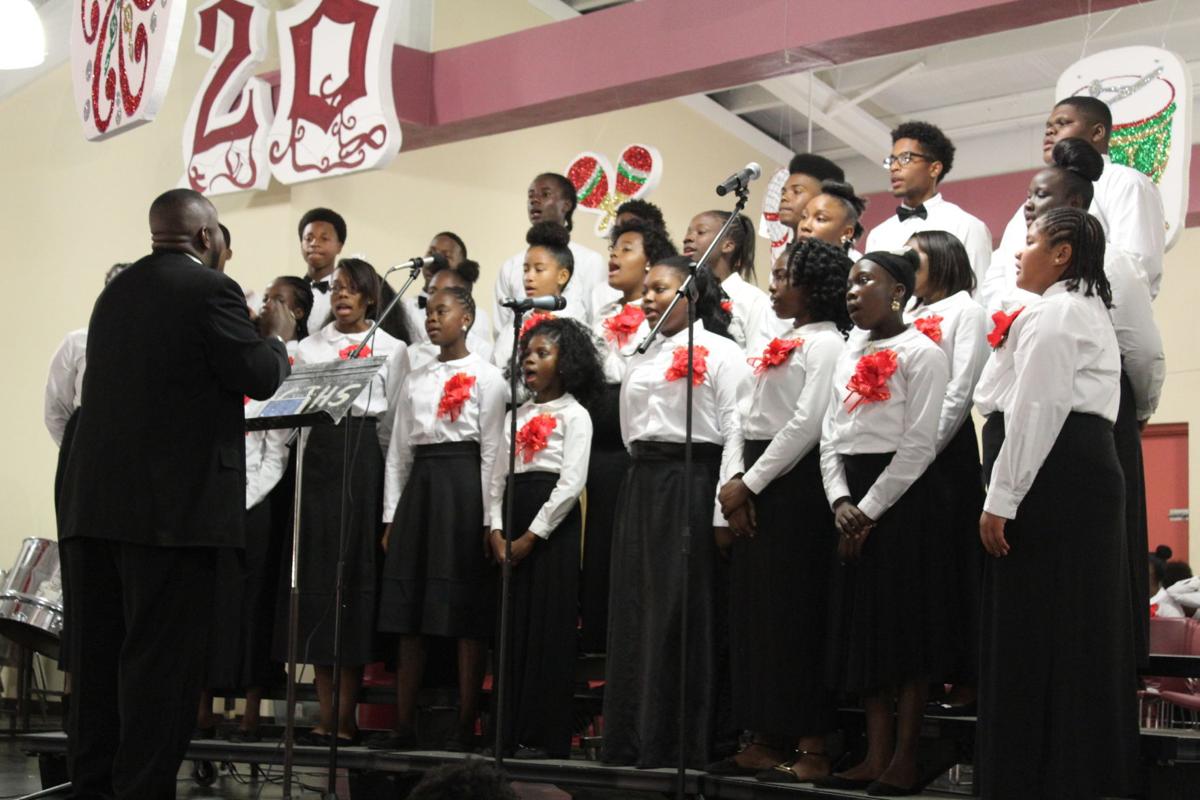 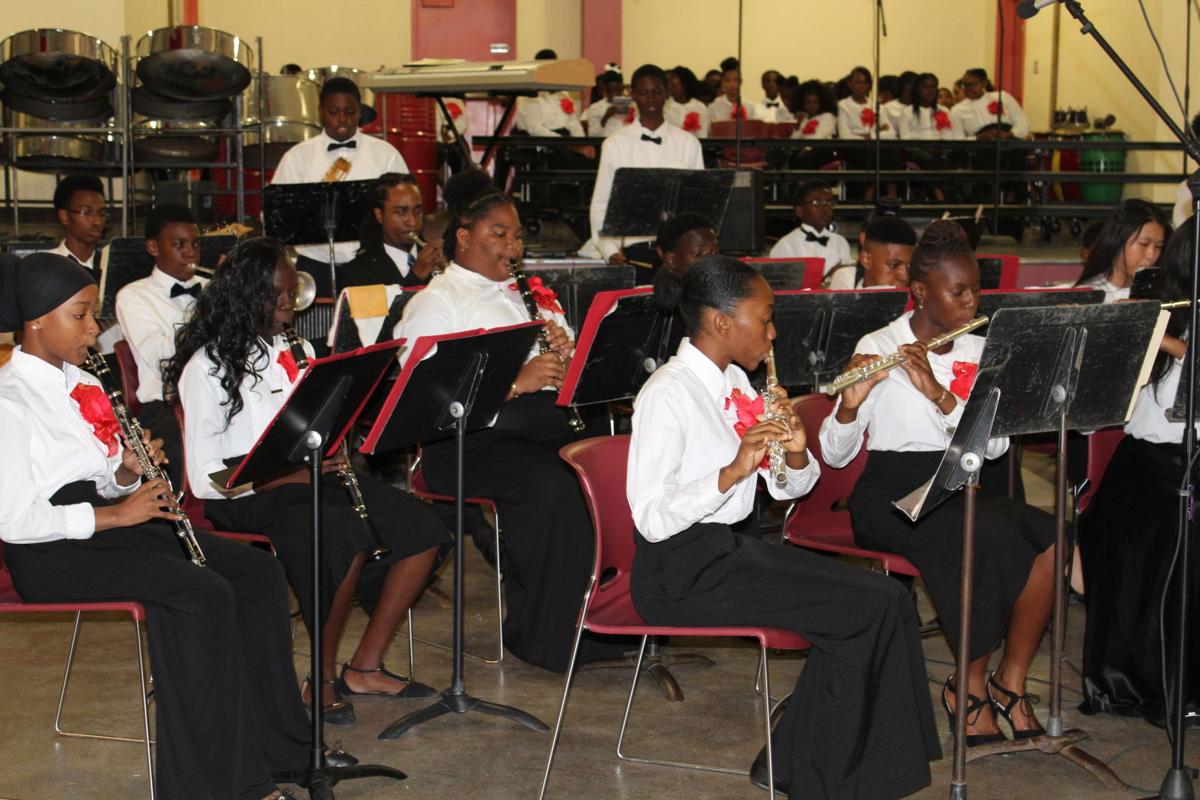 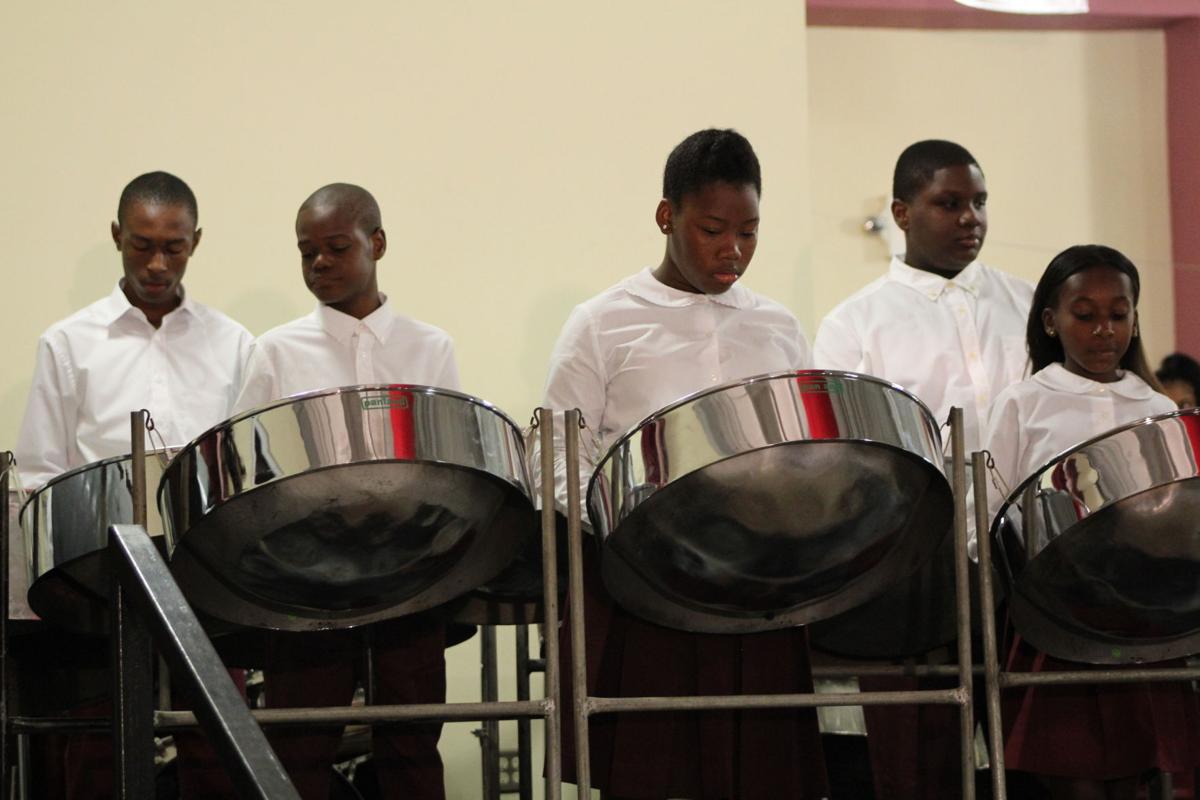 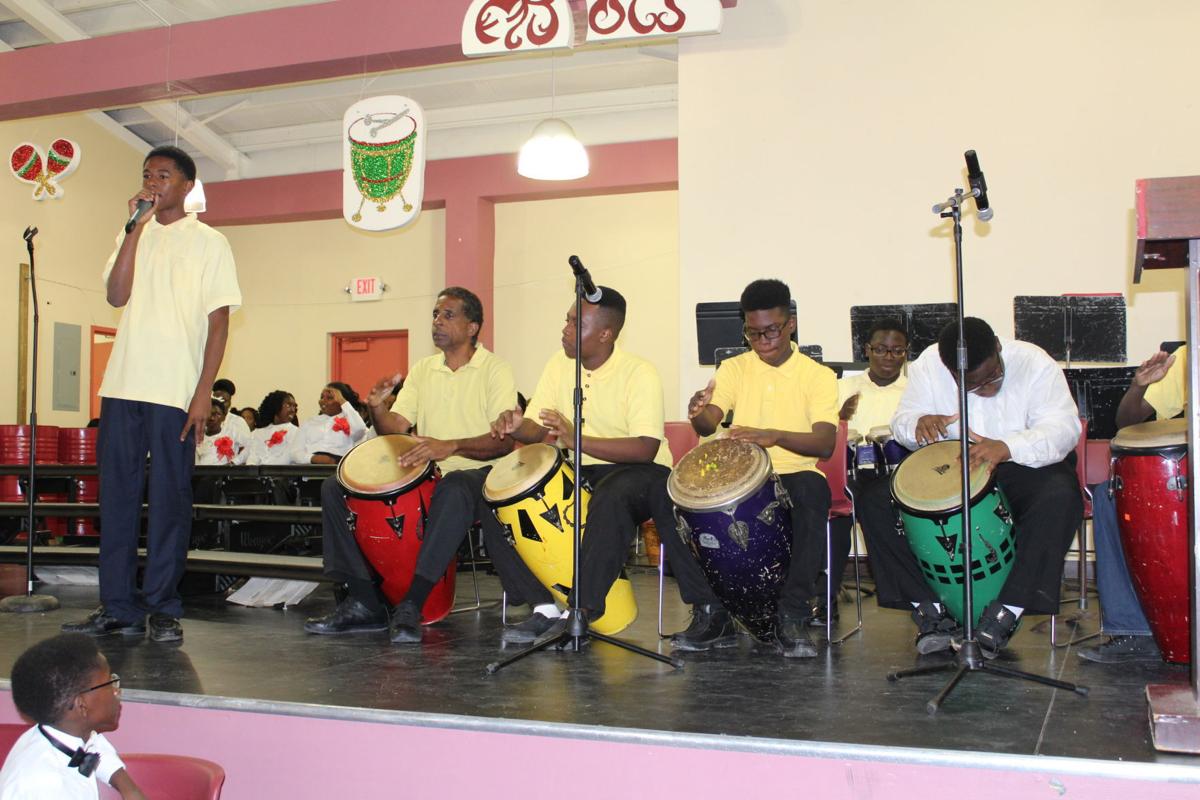 Following a warm welcome by Mistress of Ceremony and former Miss ACJHS Nisieni Griffith, and remarks from Principal Lisa Hassell-Forde, the concert opened with two selections by the concert band, under the direction of Niels Gooding, featuring a student saxophonist and vocalist My’Asia Massenburg.

Next, the concert choir, directed by Malvern Gumbs, performed a selection of crowd favorites, including “My Life Is In Your Hands,” “Over the Rainbow” and “Lean on Me.” Massenburg, Joriz Parohinog, K’Nia Maduro and Abrianna Gregoire all took the spot light with solo selections throughout the evening.

The Wachanga Drummers performed three selections, including popular greeting song, “Fanga Alafia.” The school, student drummers and audience then bid farewell to Wachanga Drummers director, Kumba Ola-Niyi, as it was his last year of instruction with the group. The newly formed Phoenix Pan Jammers wowed the audience with their performances of soca favorites, such as “I’ll Be Okay,” “Fete You,” “Full Extreme” and the 2017 St. Thomas Carnival Road March song by the Spectrum Band, “My Life.”

Adding to the eclectic mix of music, the Jazz Ensemble, under the direction of Joshua Carr, executed two soulful selections depicting students’ in-depth knowledge of the genre.

Winding down the show and presenting one of the evening’s highlights was duo Tyreeq Perez and Jahki Johnson’s cover of the upbeat Mark Ronson single “Uptown Funk,” featuring Bruno Mars. The students were backed by the Concert Band.

Cancryn’s “Night of Spectacular Music” closed out in spectacular fashion with “Till We Meet Again” by the Concert Choir.