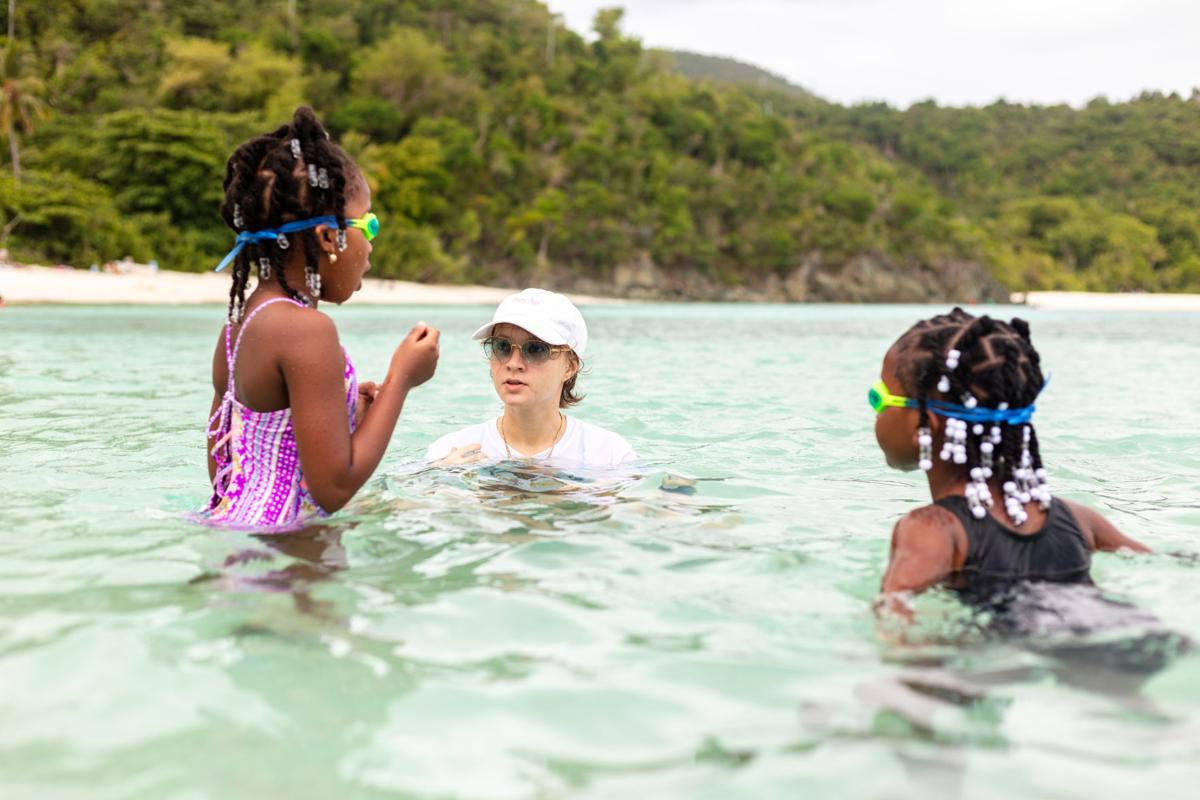 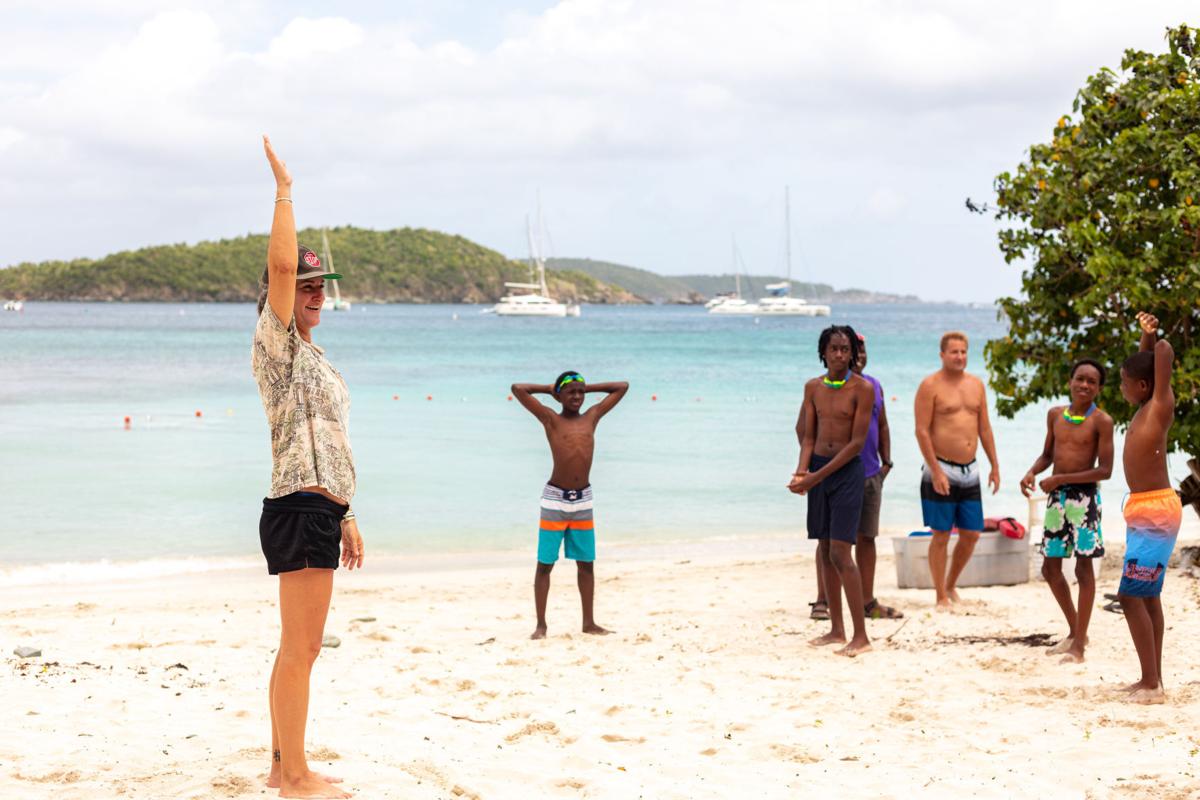 Friends Acting Director Tonia Lovejoy leads a stretching session at the beginning of a lesson.

Friends Acting Director Tonia Lovejoy leads a stretching session at the beginning of a lesson.

On May 29, the Learn to Swim program kicked off at Oppenheimer Beach in a partnership with V.I. Sports, Parks and Recreation Department. Summer campers enjoyed swim lessons at Oppenheimer every Wednesday and additional youths participated in Saturday lessons with Virgin Islands National Park ranger Laurel Brannick.

“It was great to reach kids who otherwise wouldn’t be getting swim lessons, because it was a free program,” said Friends of the Park acting director Tonia Lovejoy. “We had an average of about 15 kids each Saturday, and around 60 kids on Wednesdays.”

Lovejoy said the Friends hope to continue to offer the Red Cross water safety instructor certification to have a rotating cohort of young St. John residents who can work as instructors with the Learn to Swim program, offering the youth after school, weekend and summertime job opportunities.

In addition to earning goggles, towels and other swim equipment funded by the virtual Power Swim fundraiser held in 2020, all students in the program were taught to float on their backs, blow bubbles underwater, and to perform a basic crawl and backstroke. Students also learned about water safety, including being able to assess the environment and determine if it’s a good day for swimming, how to help a swimmer in distress, and how to avoid putting oneself in danger when assisting in a drowning situation.

The program continued for nearly eight weeks before being shut down just prior to the final session and awards ceremony, due to an increase in COVID-19 cases in the territory.

Lovejoy said the program will need a lifeguard in the future as it continues to grow, and anyone who can partner with the organization to help fund the position should email info@friendsvinp.org.

“The more St. John kids we get swimming, the safer it will be for everyone,” said Lovejoy. “It’s not just about recreation; it’s also about safety.”

This year’s Friends-funded summer trail crew hired 10 young crew members — eight from St. John and two from St. Thomas — as well as a trail crew supervisor and two trail crew leaders. The group of island youths worked on clearing trails and historic ruins, and completed some archaeology work with VINP archaeologist Ken Wild. The program began July 6 and will conclude tomorrow. As a reward for the crew’s hard work at sites like the Reef Bay trail and factory, Margaret Hill and Caneel Hill trails, L’Esperance, and the Johnny Horn Trail, they were treated to a fun day each Friday. End of week excursions included a kayaking trip in Hurricane Hole, a beach barbecue, and a sail aboard Kekoa.

“One of the great things about this year is that two crew leaders are former crew members, so they’re getting paid a little more and taking on more responsibility,” said Friends Trails Coordinator Mark Gestwicki.

The crew also learned about sea turtles with Friends’ biologists, and visited the V.I. Environmental Resource Station marine lab to learn about the work coral and marine biologists are doing there.

The program was able to continue through the current spike in COVID-19 cases, as crew members worked entirely outdoors and wore masks when they were not distanced from one another.

“I love this program,” said Gestwicki. “If one out of 10 kids becomes an environmental biologist or conservation biologist, then that’s a success. We really stress learning about the plants, animals, and history of the park.”