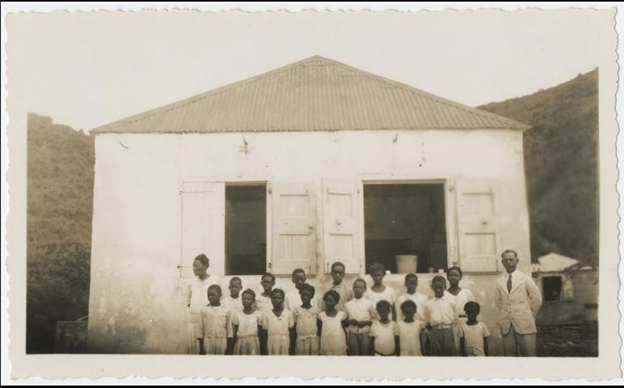 Teachers and students are shown outside of the East End Schoolhouse in 1933. The Coral Bay Community Council wants to preserve two historic St. John schoolhouses. Part of this includes listing the sites on the National Register of Historic Places. 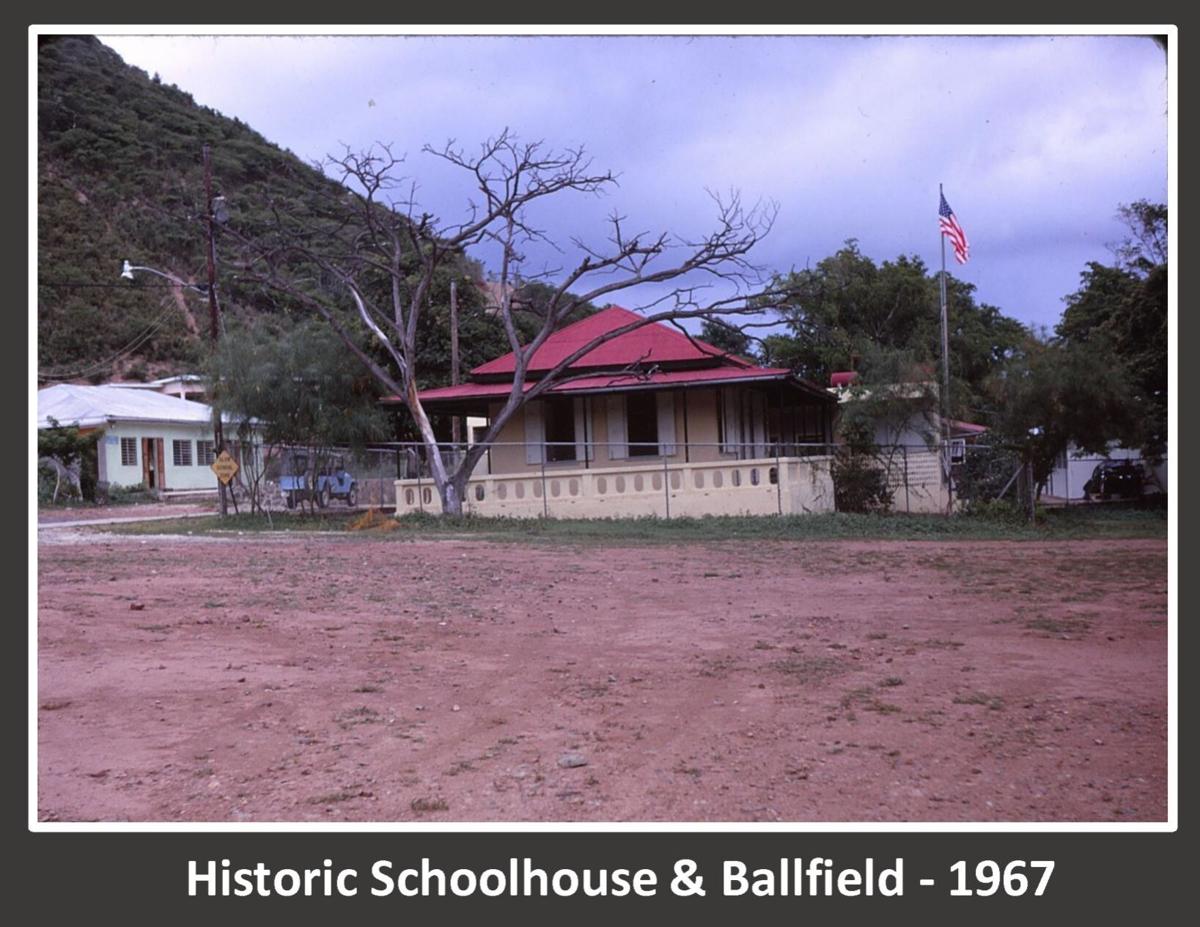 The Coral Bay Schoolhouse in 1967.

Teachers and students are shown outside of the East End Schoolhouse in 1933. The Coral Bay Community Council wants to preserve two historic St. John schoolhouses. Part of this includes listing the sites on the National Register of Historic Places.

The Coral Bay Schoolhouse in 1967.

Historic one-room schoolhouses that played a central role in St. John’s East End and Coral Bay communities may soon garner recognition on the National Register of Historic Places thanks to a grant secured by the Coral Bay Community Council.

Historical data will be gathered on the East End Schoolhouse and the one-room schoolhouse building once known as The Coral Bay School — then the Benjamin Franklin School, and today the Guy H. Benjamin School — for applications to list these structures on the National Register of Historic Places. This would also make the properties eligible to be included in the Virgin Islands Registry of Historic Buildings.

Using funds from the Community Foundation of the Virgin Islands grant with funding provided by The National Endowment for the Humanities, the community council will hire a project associate to complete the applications. Research will also be gathered on the Horace Mann School — now the John’s Folly Learning Institute — while applications for the first two properties are being completed.

“Research conducted under this project will document the history of these historic school properties in Coral Bay and East End — schoolhouses which hold a special significance to the local community as current residents’ grandparents and elders attended them,” according to a Coral Bay Community Council press release announcing the effort. “This grant will fund collection of oral history, outreach on this history and the culture surrounding it, and additional work to preserve and share this cultural history.”

A public meeting is likely to be scheduled in spring for the community council to engage the public in providing information and gaining more understanding of the significance of these facilities, to collect additional oral history, and to document the history of the buildings to ensure the information remains accessible for future generations.

The council will partner with other local organizations on the documentation effort including the St. John Historical Society, St.JanCo, the V.I. State Historic Preservation Office, and other government agencies.

“My great-great-grandfather, William Henry George, deeded the property 6K Hansen Bay, East End Quarter, to the Moravian Church because he wanted everyone to have an education and the Moravian missionaries were the only ones educating the slaves during the dark period of slavery, and they continued to do so after. As time went by, the government of the Virgin Islands took over the role of educating the children and sometime thereafter, the Moravian Church turned the property over to the Virgin Islands government to continue the educational process.

My mother, Louise Roberts Sewer, who was born in 1912 under the Danish rule, attended that school up to the eighth grade. That was the highest grade at that time. My mother was the first and last cook for the school until it closed in 1959-1960. My nine siblings and I all started our secular education at the East End Schoolhouse. I personally started school there in 1953-1954. As time went by, the number of young children declined and it was not cost effective to keep it open. Therefore, in 1959-1960, we, the students of the school, were assigned to attend what was then the Benjamin Franklin School.

The East End Schoolhouse was left vacant for many years thereafter until 1969, when Gov. Melvin H. Evans had the building renovated and used it as a governor’s ‘country house.’ A place to experience true peace and tranquility. In the 1980s, Terence A. Todman, former U.S. ambassador to six nations including Denmark, also vacationed at the old East End Schoolhouse. The last government official to occupy the old school house was Lt. Gov. Derek Hodge in 1987-1988 while he was in office. In 1989, Hurricane Hugo did damage to the building and Hurricane Marilyn did further damage in 1995. Since 1995, the historic schoolhouse has been in disrepair.”

Sewer also provided a list of people she recalled teaching at the East End Schoolhouse during her time as a student there:

Anyone who has information or early photos of the schoolhouses to share should contact the CBCC at 340-776-2099 or email cbcc@coralbaycommunitycouncil.org. Individuals with a strong interest in Virgin Islands history and with good research, writing, and interpersonal skills, are encouraged to apply for the project associate position. The job posting can be found at www.coralbaycommunitycouncil.org.