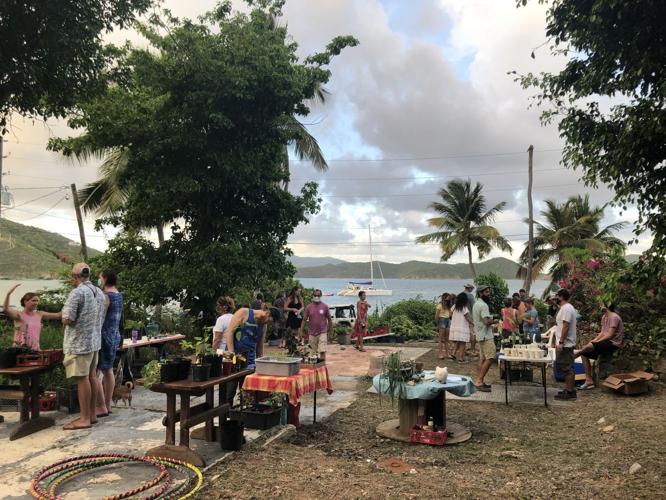 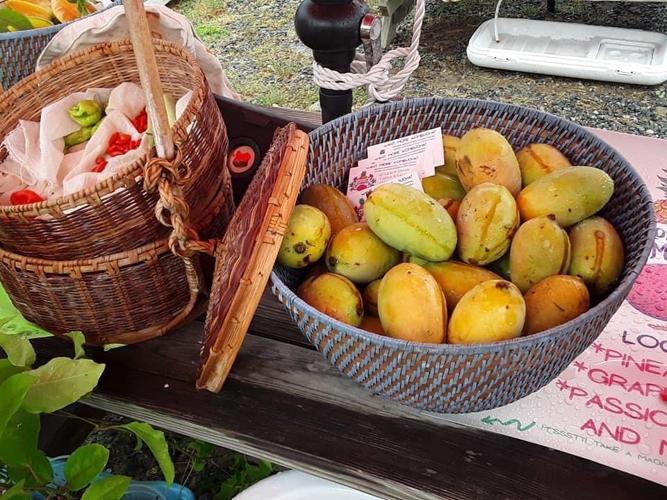 After 17 years of living on St. John, Lora Koehler reached her breaking point following the 2017 hurricanes. She was seriously ill and turned to fresh foods as part of her rehabilitation.

“Part of my coming back to health was sourcing vegetables, and the veggies we had after the hurricanes were disgusting,” Koehler recalled. “I was putting them through a juicer just trying to keep myself alive, and there’s a moment where I’m crying over these carrots because they’re just disgusting. They were bending, obviously months old, and I’m thinking, ‘I’m going to die because there’s no nutrition in this food.’”

Koehler’s inclination to turn toward food for healing was natural for her. She grew up eating fresh from her family’s garden. There are many gardeners on her dad’s side of the family, and her brothers are organic farmers. After complaining for more than a decade about the price and quality of food on the island, Hurricanes Irma and Maria pushed Koehler to start taking action.

“The hurricanes scared the bejesus out of me and I saw the food rotting on the shelves after we got our first post-storm food shipment, and it just stirred something in me,” she said. “I started going to the weekly community meetings as soon as I was able to get out of bed. No one was talking food security.”

Koehler connected with key community members and organizations like Virgin Islands Good Food Coalition founder and executive director Sommer Sibilly-Brown, and Iowa State University, whose students study agriculture in the Virgin Islands through its Education and Resilience Through Horticulture program.

Although Koehler has always rented during her two-plus decades of living on St. John, she makes an attempt to grow no matter where she lives. She’s grown in pots and containers on decks and porch railings. At her current home in Coral Bay, she’s turned an old dinghy into an asparagus garden.

“For years people told me you can’t grow asparagus here but I looked at a report from the 1950s that listed asparagus as a crop in St. Thomas, and I was like, ‘Game on. I can do this,’” she said. “I’m all about gardening easier, not harder.”

She’s harvested soursops, mangoes and gooseberries from trees on her property and works to build networks with friends and neighbors for trading the literal fruits of her labor.

“My dream is for everybody to live in an agrihood, where you know your neighbors and you help them plant their fruit trees,” said Koehler.

She’s even trying to tackle plums, which need a cold snap in order to fruit, by germinating the seeds in her fridge for four months and she’ll water the plants with ice cubes at her farmer brothers’ suggestion.

Some St. John residents might shy away from gardening, as they don’t want to divert precious cistern water to their plants. Koehler addresses this issue with several rain barrels on her property.

“When the droughts do come, certain plants just don’t get as much water and I’m learning what can tolerate that,” she said. “I’ve learned some tricks, like putting plants in areas where they can water each other, or putting them in a big tray to have water underneath, so they all get a little bit.”

“It was June 2020 and the world was crazy,” she said. “I decided to just start hosting swaps. I started calling all my friends and we threw a party. We traded plants and people brought their jams, hot sauces, soaps, and volcanic mud from Dominica. It was just us neighbors getting together. I’m such a food advocate and I don’t understand why we don’t have farmers markets or community gardens.”

Koehler’s efforts are undertaken with the ultimate goal of establishing better food security in the Virgin Islands. The plant swaps currently take place every three months on the first Sunday of every month at Oasis in Coral Bay, but Koehler said she’d love to increase the frequency of the event if more people volunteer to help with organization.

“I just love this island and I want to see us come together,” she said. “We need to unite. I’d like it to be a traditional farmers and artists market where the community comes together but I can’t do it alone.”

To get involved, contact Koehler at 340-344-4341 or stjvigfc@gmail.com, and join the St. John VI Good Food Coalition group on Facebook.