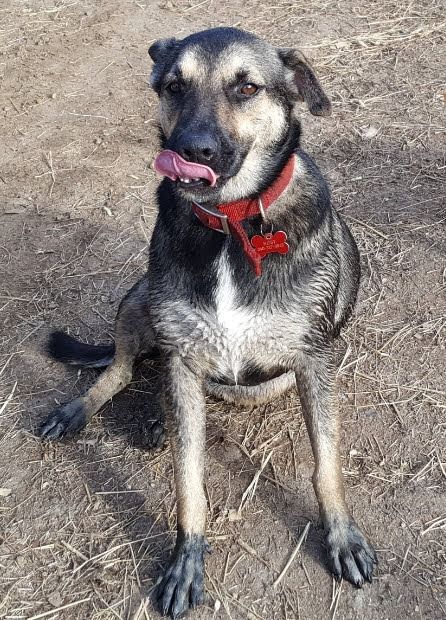 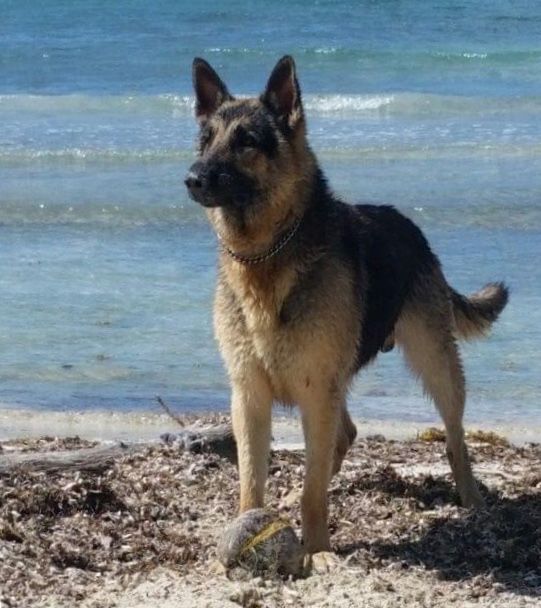 Floki, above, went missing from her home in Estate Zootenvaal on the morning of Oct. 24.

Floki, above, went missing from her home in Estate Zootenvaal on the morning of Oct. 24.

Two St. John women whose dogs went missing late last year believe both were taken, possibly by the same person, and they’re losing hope of being reunited with their pets.

Nina Hahler’s purebred German Shepherd, Floki, went missing from her Estate Zootenvaal home the morning of Oct. 24. An intact male whose mate was in heat, Hahler said the chances of Floki running off on his own are incredibly rare.

“He bred his mate, Freya, on Friday, and he was stolen Saturday,” said Hahler. “There’s no way a dog would run off when his mate was in heat. It’s really strange.”

Hahler saw Floki at 6:30 on the morning he was taken, and by about 8 a.m. she noticed he was gone. Because of the hilly, winding nature of her driveway, Hahler said she would not have heard a car at her property’s entrance.

Hahler consulted an animal psychic after Floki’s disappearance, who told her he jumped into a white pickup truck and that he’s living in a fenced yard with a black and white dog at a home with two children. Hahler drove around calling for Floki and enlisted the help of her other dogs to track him down, but the German Shepherd hasn’t been seen since.

The dog owner called the police when she discovered Floki was missing and while she noted the responding officers were friendly and helpful, there have been no leads on the dog’s whereabouts.

“My dog is worth about $5,000,” said Hahler. “He’s a stud dog from top blood lines in Germany. He’s super healthy, a really beautiful dog. I could see somebody stealing him for breeding.”

Floki is microchipped, which Hahler fears will prevent the person who took him from taking him to the vet for medical care. The four-and-a-half-year-old German Shepherd had just completed treatment for heartworm when he went missing.

“He was a happy, silly dog, wanting to play ball all the time and go swimming,” said Hahler.

“He was always trying to jump in the back of my truck thinking I’d take him for a ride. He’s a gorgeous dog and his puppies are phenomenal. Every day I don’t find him, I think there’s less of a chance of him being found.”

Dana Bartlett, who owns and operates the Carolina Corral in Coral Bay, is also losing hope that her dog, Missy, will be returned. Missy was taken from the Corral Nov. 27, about a month after Hahler’s dog went missing.

Bartlett adopted the shepherd mix from the St. Thomas Humane Society in 2015 when the dog was 10 months old. Missy was a friendly presence among the menagerie of animals at the Carolina Corral.

“She’s a good girl,” said Bartlett. “People would come in the yard to see the animals and they’d pet her.”

The day Missy went missing, Bartlett drove a group who’d gone horseback riding with her to Cruz Bay so they could catch the 1 p.m. ferry. She had lunch, got gas, and returned to Coral Bay later in the afternoon, by which time Missy was gone.

Bartlett noticed the dog’s absence that evening as she made her rounds to feed the animals. She called the police to report Missy had been stolen, and like Hahler, Bartlett found the responding officers to be helpful and friendly.

The Carolina Corral owner did some investigating on her own, tracking down the type of shoe left in the dirt by the person she believes took Missy.

“I saw this footprint with very distinct small circles on the sole,” she said. “It’s peculiar to have such a footprint there. I went to Foot Locker where I believe I found the matching shoe, a Nike Kevin Durant basketball shoe.”

Despite the potential lead, there’s been no progress in the case of the missing dogs, say the pet owners. V.I. Police Department public information officer Toby Derima did not respond to an inquiry for information on the missing dogs. Hahler said she wonders if the same person took both dogs hoping to breed them, but Missy was spayed.

“One of the reasons I want to pursue this is so nobody else’s dogs come up missing,” said Bartlett. “I don’t want to have to think too much about what might be going on.”