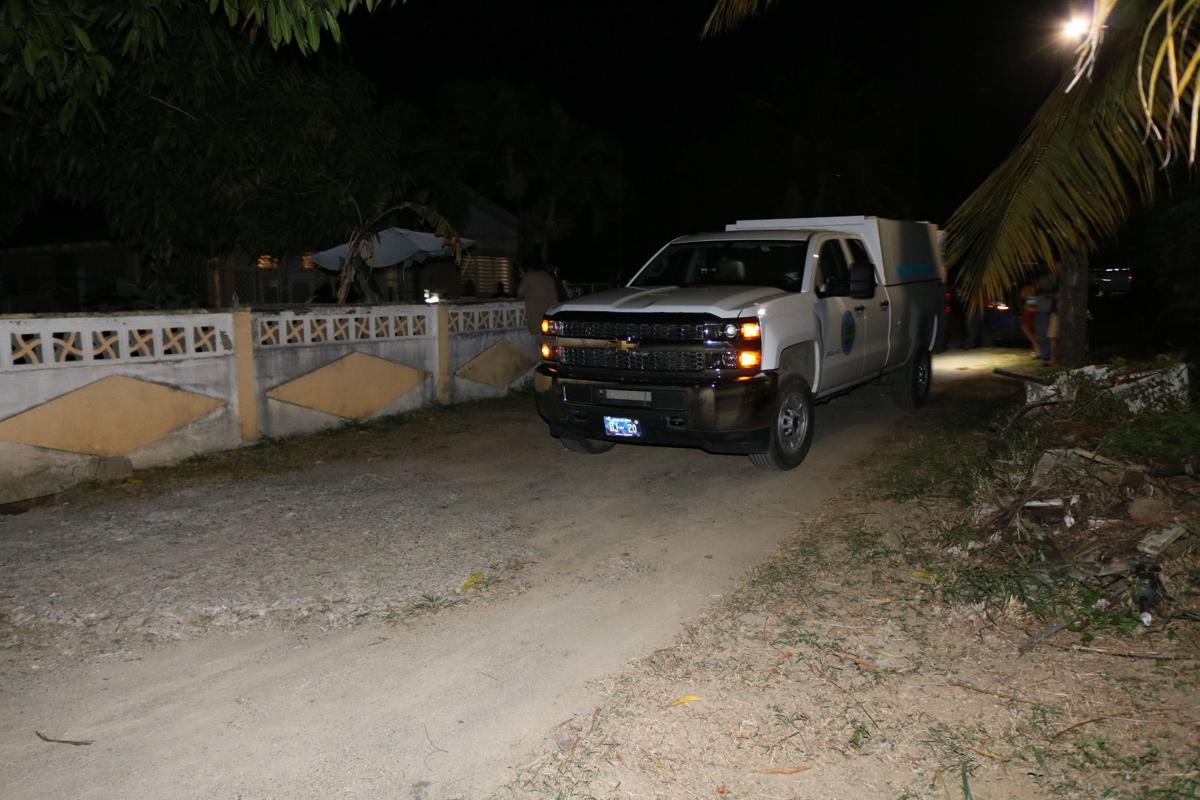 Family members discovered Elsi Ruiz, 66, dead of a gunshot wound in her home in Estate La Grange, St. Croix, Saturday night. The shots are believed to have been fired hours earlier. 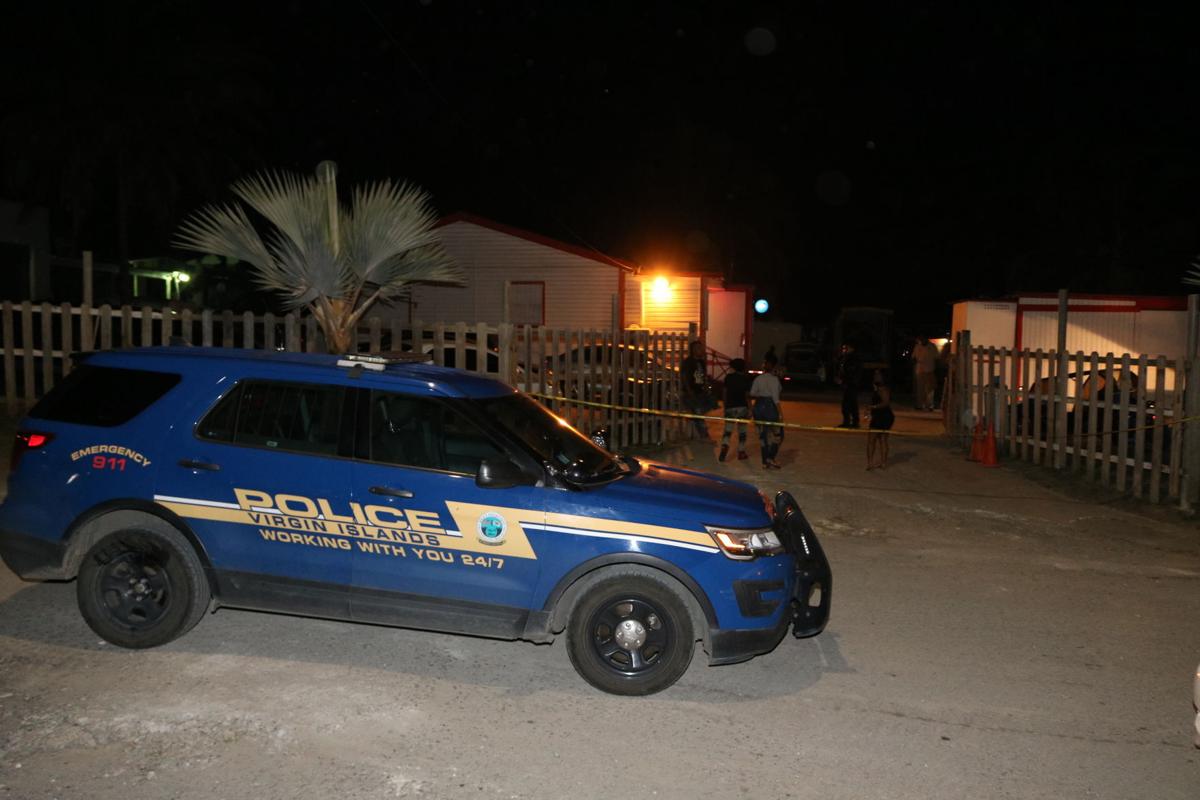 Family members discovered Elsi Ruiz, 66, dead of a gunshot wound in her home in Estate La Grange, St. Croix, Saturday night. The shots are believed to have been fired hours earlier.

Since Friday, 13 people have been shot on St. Croix — including five who died from their injuries — and V.I. Police officials are begging the community for witnesses to come forward.

Investigators have not made any arrests or recovered firearms from any of the five separate crime scenes, but did recover shell casings from at least seven firearms. V.I. Police spokesman Toby Derima declined to say whether police have identified a motive for any of the shootings.

“These are very fresh investigations, we can’t really say at this point,” Derima said. “So far, we don’t see any indication that any of them are related.”

Four of the homicide victims are men and one is a woman. Two women were also among the victims shot and injured Saturday evening.

The first murder occurred Friday morning at around 9:30 a.m. when 30-year-old Kevin Jerome was gunned down while on his way to work, according to Police Lt. Naomi Joseph, commander of the Criminal Investigation Bureau.

“He was shot and killed on Main Street in William’s Delight in broad daylight,” said Joseph, who described Jerome as a “quiet, very humble individual” who had two vices — “video games and the ladies. And that’s not a reason for him to die. We’re asking you, please, if you know what happened, say what happened.”

Jerome was transported to Luis Hospital via ambulance where he later died of his injuries.

At around 4:30 p.m. Saturday, police received a report of three shots fired in Estate La Grange. Five hours later, family members of 66-year-old Elsi Ruiz told police they had found her shot to death in her home.

Joseph said police responded to the home at around 9:30 p.m. and recovered shell casings from two different guns.

“While we were processing that scene, we got calls of shots being discharged at the Corner Pocket in Estate La Reine,” Joseph said. “Apparently, there’s been an ongoing dispute between two factions. One of the young men was isolated, he somehow got away from where they put him and came back in front with a firearm and started firing. As a result of that, fire was returned on him and multiple people got shot in the scramble. We ended up with six people being shot at Corner Pocket, one dying.”

Dujuan Tyson, 23, was killed in the shooting that occurred shortly before midnight. One male victim is listed in critical condition, while the remaining four victims — three men and one woman — received injuries that were not considered life-threatening, according to Derima.

Less than an hour later, police received a report of shots fired and multiple victims at the Ann E. Heyliger Vegetable Market in Frederiksted.

One of the shooting victims, David Clouden, 47, died at the hospital.

Police recovered shell casings from at least two firearms, and Joseph said that there was “a party going on” when the shooting broke out.

St. Croix Deputy Police Chief Sean Santos said he has not yet spoken to officers assigned to the COVID task force about whether enforcement action had been taken to shut down the parties at Corner Pocket and the Vegetable Market. Santos also noted that police had been out “pounding the pavement for hours and hours on end” in the ongoing search for missing 80-year-old Michael Emmanuel.

On Sunday morning, a man was shot in Mon Bijou and admitted to Luis Hospital, but police have provided little information about the circumstances of the incident and the victim’s condition.

She said reports of a shortage of beds and ambulances are false.

“I think having received a total of nine patients at one given time clearly would have been challenging, but we were able to manage and safely discharge those that we could have, and provide all the necessary clinical interventions that were needed,” Williams said.

Laurie Dunton, the chairwoman of the tip service Crime Stoppers USVI, said there is a $10,000 reward for every tip that leads to an arrest.

Dunton emphasized that tips to Crime Stoppers either by phone or online are re-routed and “scrubbed” of location information, making it impossible for tips to be traced back to the source, and anonymous callers do not have to make direct contact with law enforcement to receive reward money.

“There are few words to express the outrage and the hurt our community feels this morning because of the callous and reckless actions of those who chose to reign terror on our streets this weekend,” Gov. Albert Bryan Jr. said in a statement. “I pray for the victims and their loved ones and plead with those members of our community with information to come forward so that we can bring swift justice to the perpetrators of these senseless crimes.”

Until Friday morning, the territory had recorded only two homicides in 2021 — Lessroy Gumbs, who was shot and killed on New Year’s Day on St. John, and Michael Anthony Cruz, who was killed on Jan. 12 on St. Croix.