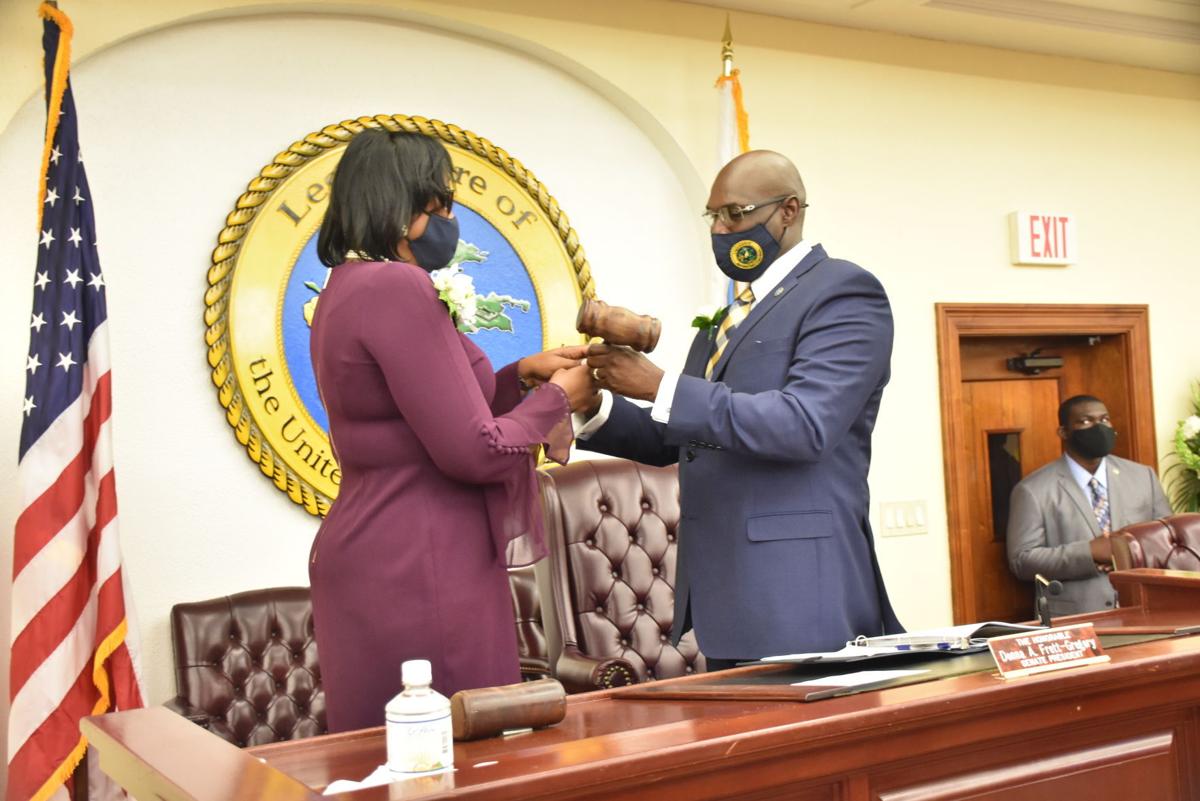 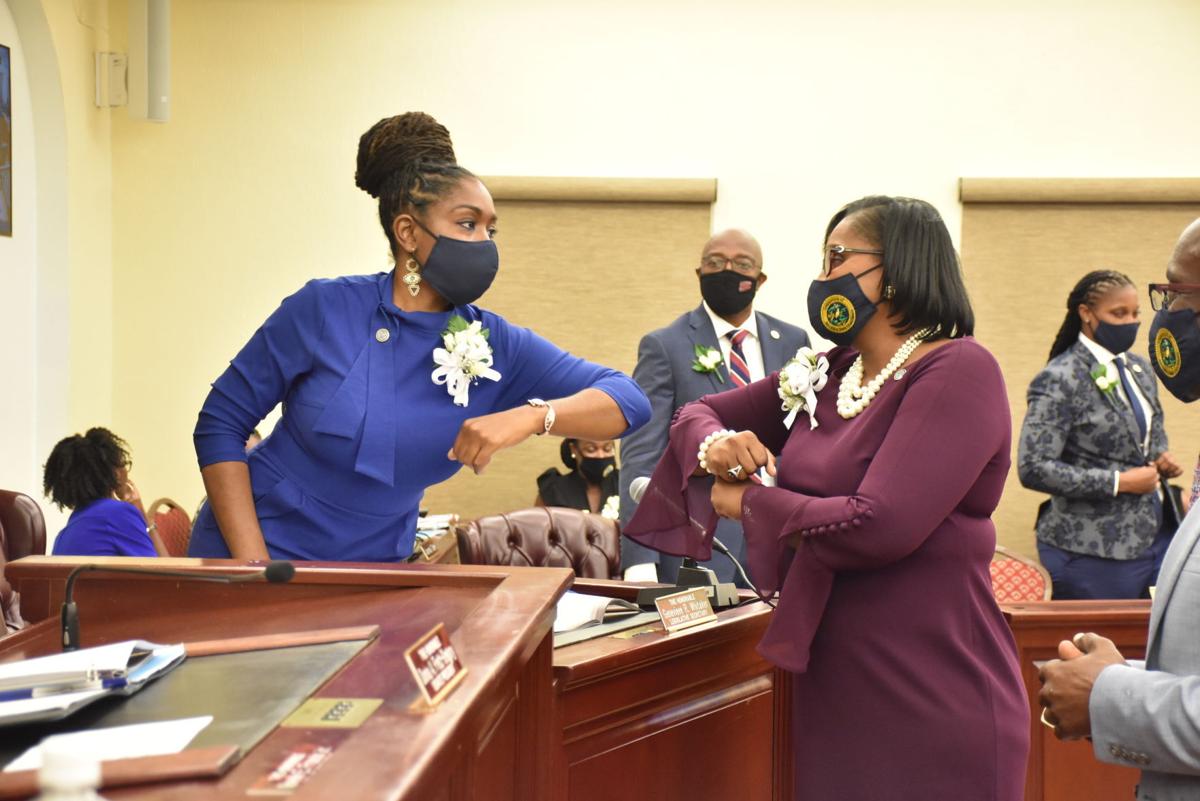 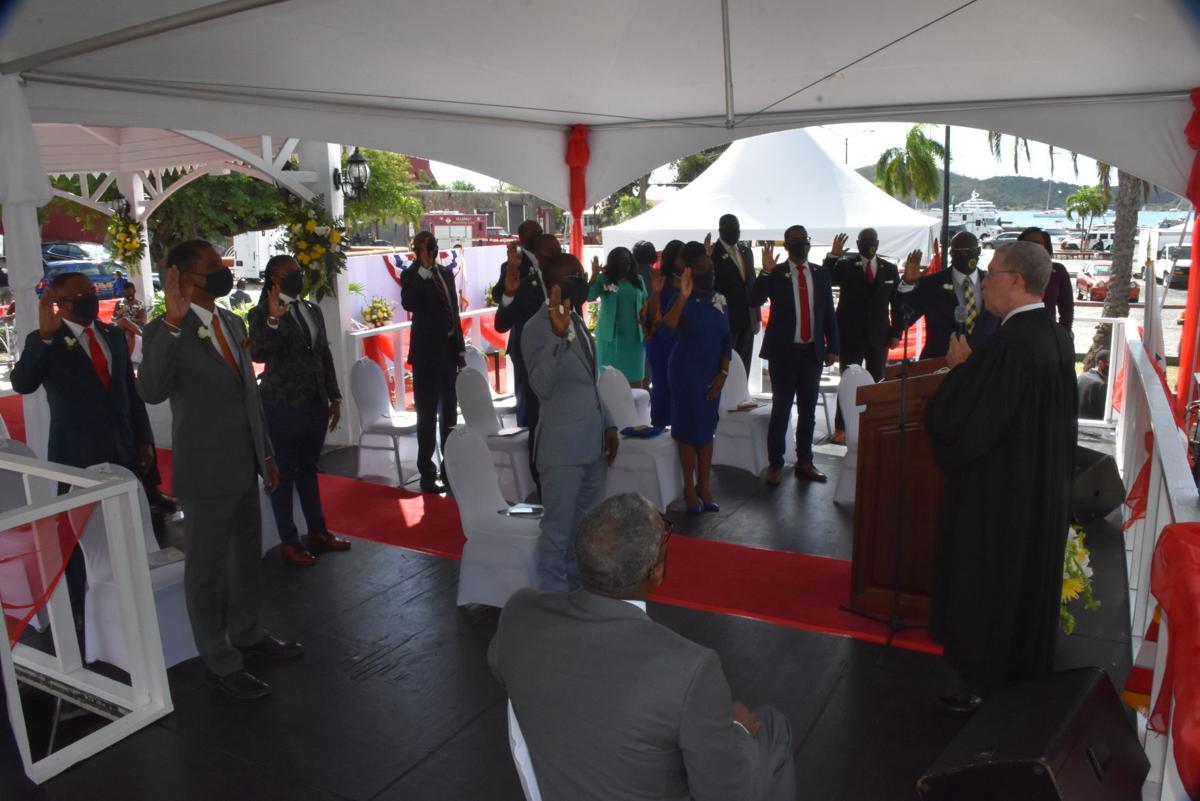 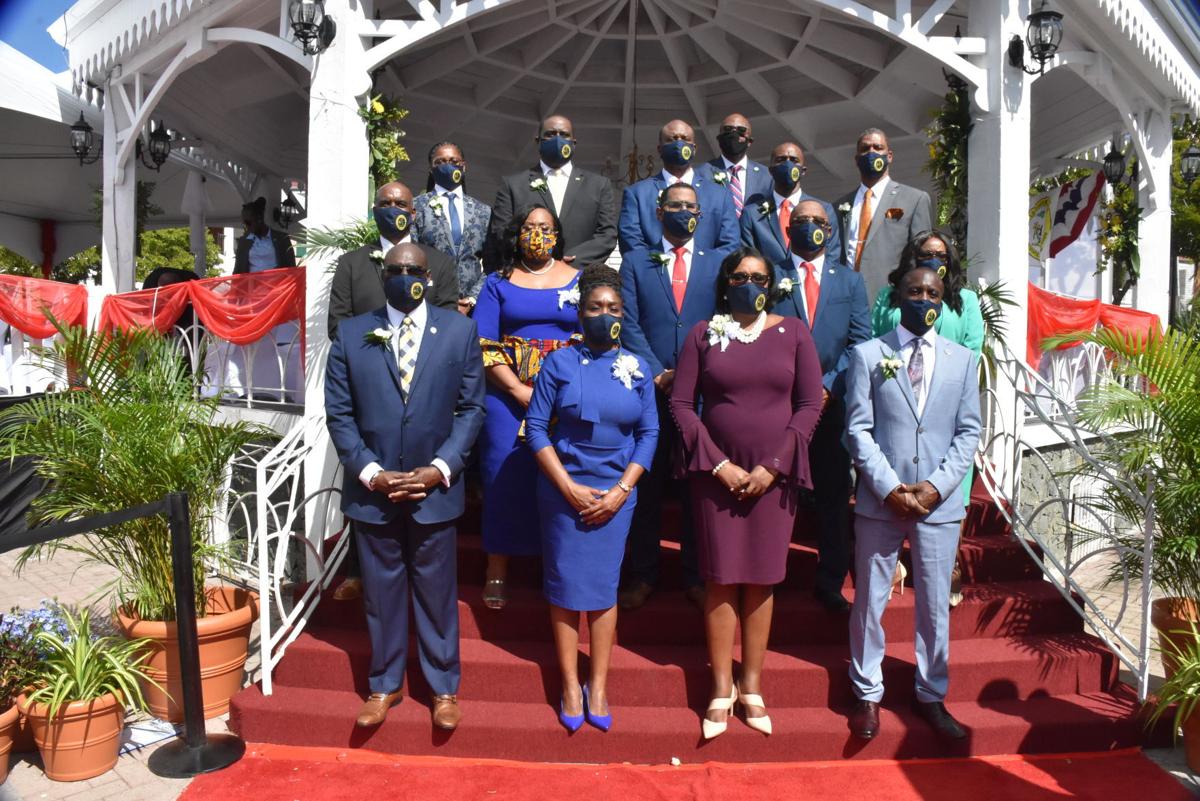 ST. THOMAS — Calls for unity and cooperation rang through the inaugural events of the 34th Legislature on Monday, even as hints of discord among the body’s majority caucus, and a fervent minority, bled through the Senate’s first session.

Following a swearing-in ceremony at Emancipation Garden, in which the oath of office was administered by V.I. Supreme Court Chief Justice Rhys Hodge, attention turned to Ottley Legislative Hall, where lawmakers voted on the new organization of the Senate.

Newly appointed Senate President Donna Frett-Gregory called on her colleagues to adopt a spirit of collaboration and respect, an olive branch after an apparent shake-up of the majority caucus, and accusations from the minority of Democratic power-grabbing.

“Without us working together, we will not make the necessary changes and accomplishments we’ve set out to do,” Frett-Gregory said.

Last week, Democratic senators announced a 10-person majority caucus with each committee chaired by a Democrat. The announcement drew criticism from non-aligned senators like Sen. Janelle Sarauw, who viewed the assignments as “deep-rooted party politics” and “not the right recipe for governing.”

On Monday, lawmakers introduced a new 11-member majority caucus that included Sarauw and Independent Sen. Samuel Carrion. The change allows Sarauw to chair the newly formed Committee on Disaster Recovery and Infrastructure and Carrion to chair the Committee on Youth, Sports, Parks and Recreation.

The Democrats lost Sen. Javan James Sr., who on Saturday, renounced his membership in the Democratic Party, insisting he wanted to serve “without any distractions or challenges” that came as part of the Democratic majority.

James told The Daily News that his role in bringing forth controversial legislation in the 33rd Legislature, namely his amendment to prevent a salary increase for senators, had some of his colleagues blaming him for their loss in the 2020 election.

While James said he stands by his bills, he acknowledged that controversial decisions made him “similar to an outcast” in the party.

“My principles that I live by will not change; my attitude won’t change toward my colleagues and I will not walk around with a chip on my shoulder,” James said. “I ask the people to judge me on my performance.”

Other members of the minority similarly offered to collaborate but stood firm on their principles.

“I stretch my hand out to each and every one of you with a smile, willing to work with you,” he said. “However, if I’m met with a fist or a frown, I will definitely report to my constituents as to whoever is the roadblock.”

Aside from Frett-Gregory, Sen. Novelle Francis Jr., formerly the president of the 33rd Legislature, was appointed Senate vice president and Sen. Genevieve Whitaker was appointed as Senate secretary.

Sen. Marvin Blyden will remain as majority leader. Sen. Kenneth Gittens, who was slated for the job, said he voluntarily stepped down to bring more of a balance between St. Thomas and St. Croix senators in leadership.

Monday’s session recessed and will resume on Jan. 25 for Gov. Albert Bryan Jr.’s State of the Territory address.