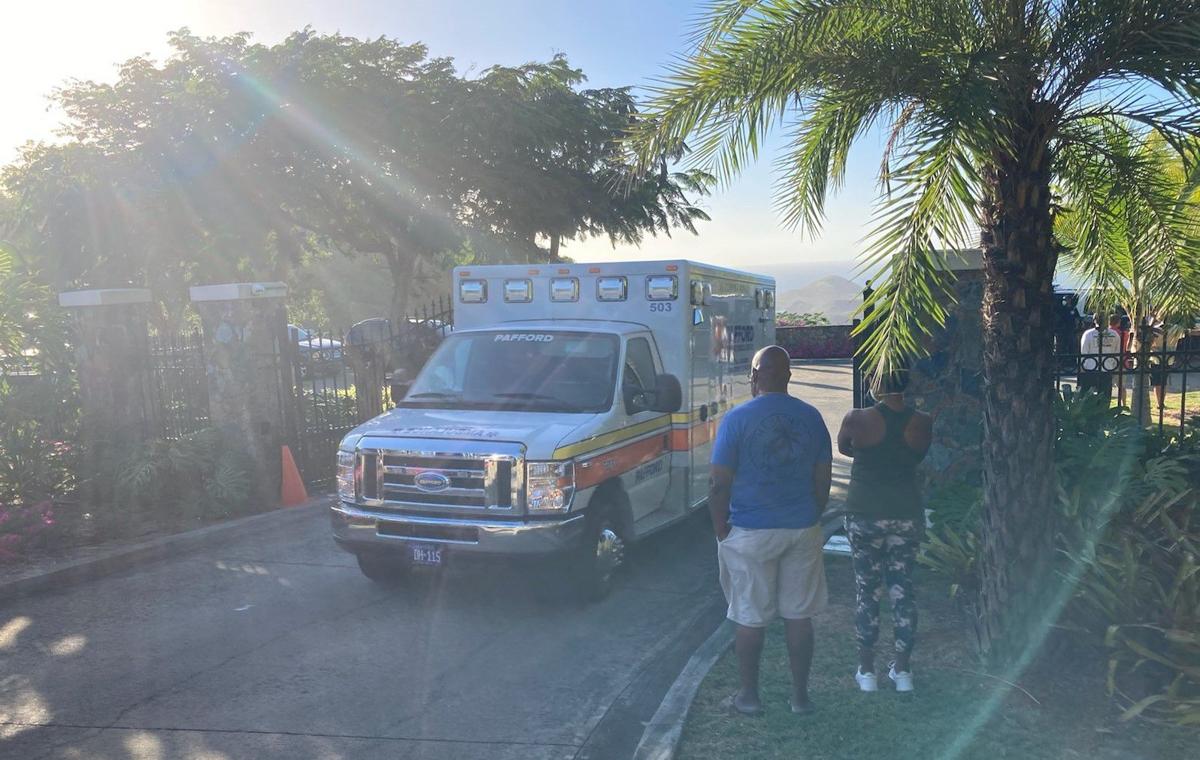 An ambulance stages at The Preserve at Botany Bay on Monday on St. Thomas as rescuers attempt to reach a crashed helicopter. 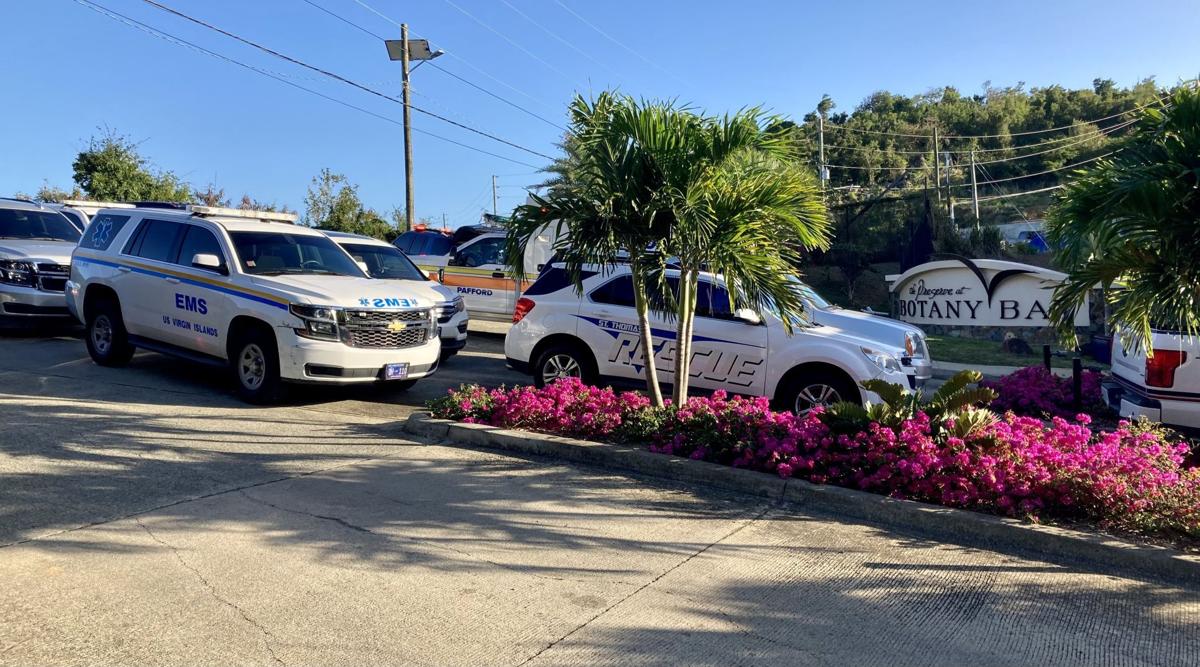 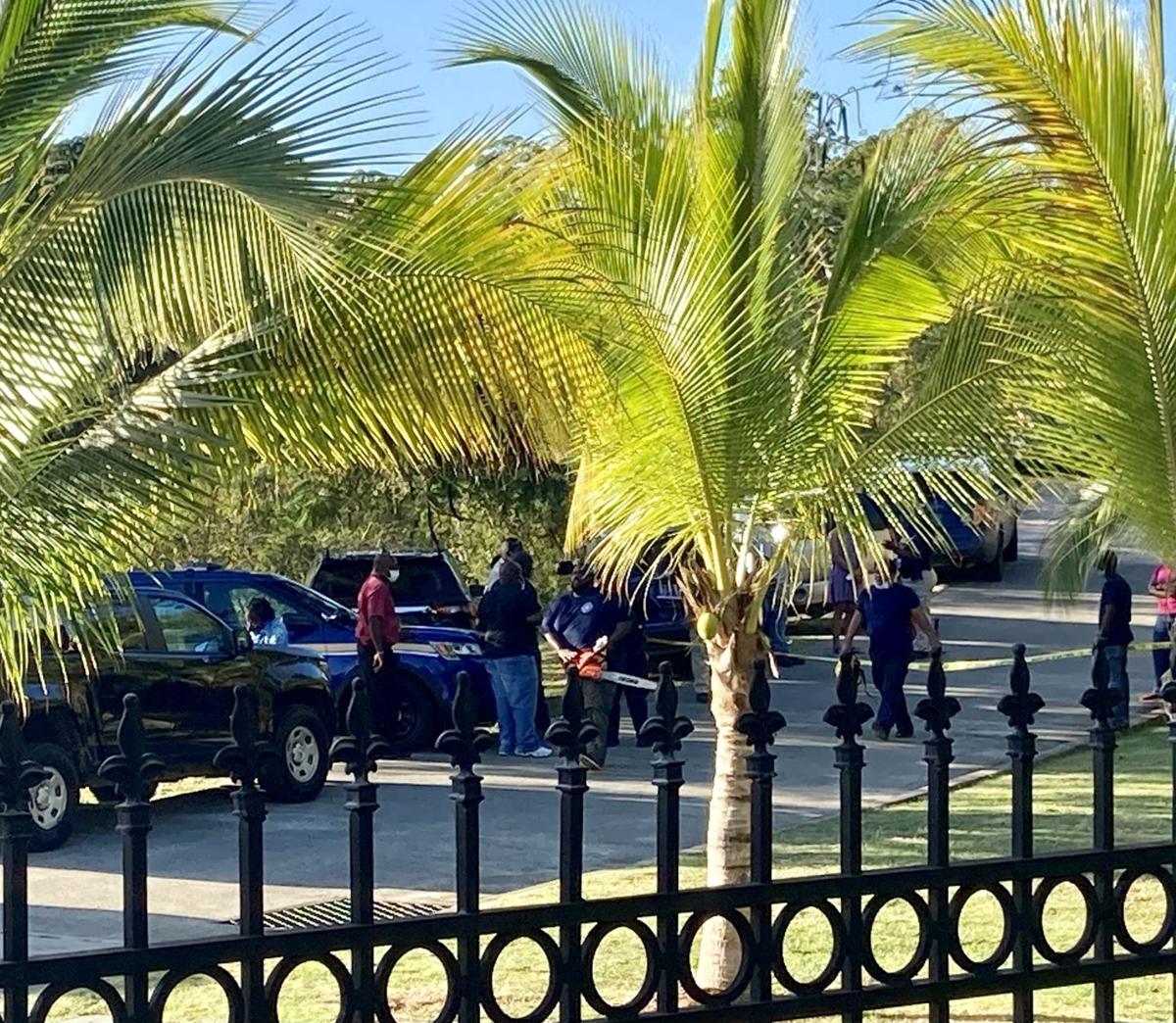 An ambulance stages at The Preserve at Botany Bay on Monday on St. Thomas as rescuers attempt to reach a crashed helicopter.

ST. THOMAS — Emergency personnel recovered four bodies from a crashed helicopter at the Preserve at Botany Bay on St. Thomas on Monday, and will continue efforts to retrieve a fifth victim today, according to V.I. Fire Services Director Daryl George Sr.

“The crash site was found,” George said Monday evening. “We had to cut our way in, so it’s bad terrain.”

V.I. Territorial Emergency Management Agency spokesman Erik Ackerson said Monday evening that the four bodies were transferred to the custody of the V.I. Justice Department, which oversees the Medical Examiner’s Office. Authorities are withholding identification pending notification of the victims’ next of kin.

Classes at Antilles School on St. Thomas are canceled today as it is believed that Antilles senior Tyler Yannone and his family were on board the helicopter, according to an announcement from the school.

Luisa Villegas said she was on vacation with family in Botany Bay when she saw the helicopter go down less than a mile from their rental property at about 3:15 p.m. Monday. Her son was fascinated by the helicopter, and they were watching from the balcony as it flew low and then, “I heard it de-accelerate and then it just went down. It went belly up and it just went down,” Villegas said.

The shocking crash “was very quick. The fall was very quick, because they were not high,” Villegas said. “I did not hear an explosion. I did see a lot of black smoke going up, and maybe a couple minutes later I heard a couple little explosions.”

She called 911, and dispatchers said they’d already received a report and “a few seconds after I hung up I could already hear the sirens.”

For hours after the crash Monday, friends and loved ones of the victims gathered inside the gated entrance to Botany Bay and consoled each other as they waited for news.

The various agencies also staged a joint command center at the entrance to the exclusive development, where rescuers donned safety equipment and used chainsaws, machetes and other tools to try and reach the crash site. Ackerson said crews struggled to reach the downed aircraft, which crashed in an extremely inaccessible area of dense vegetation, and responders used drones to help facilitate recovery efforts.

The recovery and investigation was suspended after dark Monday and will resume at dawn today. George said his first priority is to ensure rescuers’ safety and make sure no one else is injured, and “first light, we can make sure we do all we can” to find the fifth victim’s remains.

Rescuers fought their way through dense foliage and thick vines that prevented easy access to the helicopter, and “then we had to extinguish the fire also,” George said.

“The terrain was very dangerous, the guys did a great job,” George said. “This was a joint effort by a lot of agencies and it went very well, everyone cooperated and followed the chain of command.”

George said fire and recovery personnel are working with the National Transportation Safety Board and V.I. Port Authority officials to ensure they properly manage the site and conduct a thorough investigation into the cause of the deadly crash.