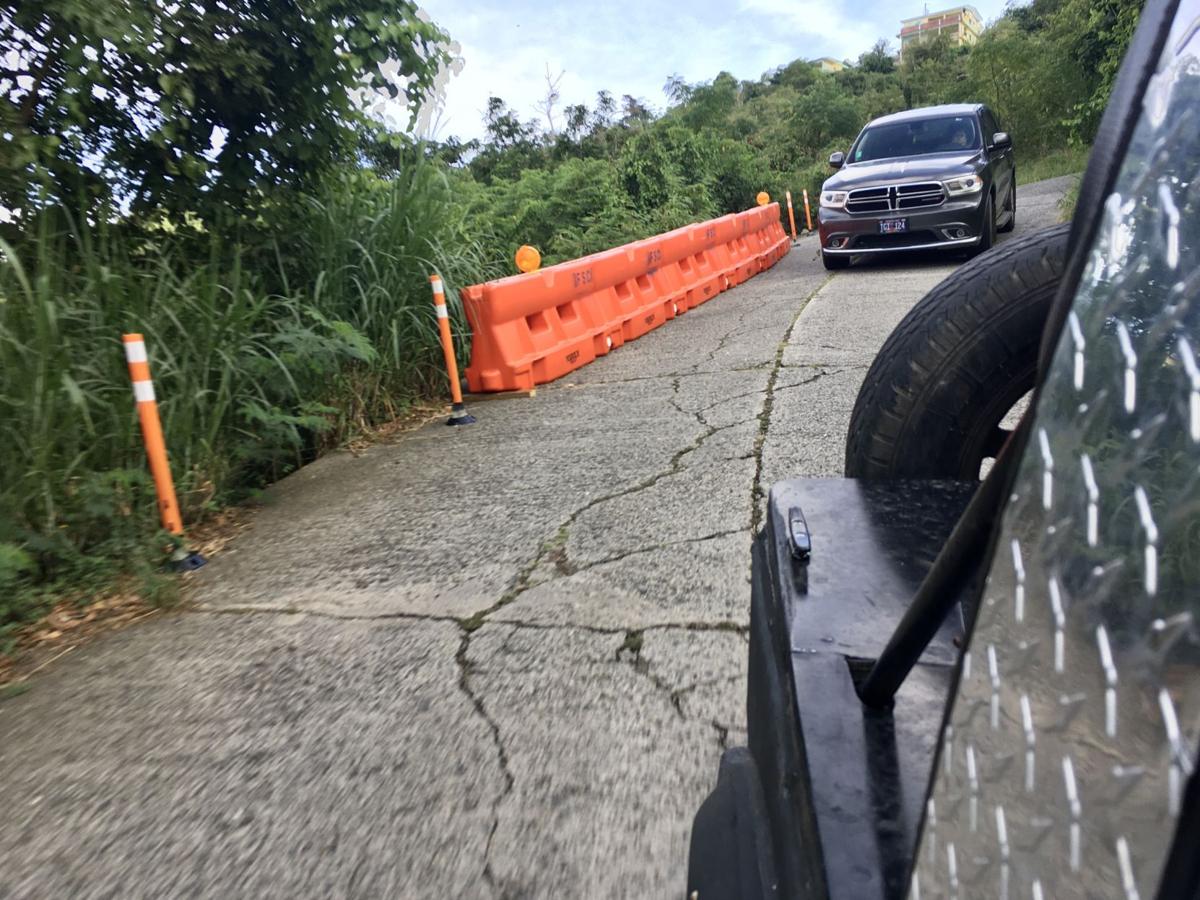 Barriers placed over an eroded section of road on Agriculture Hill in Estate Dorothea, St. Thomas, create a dangerous situation for drivers. 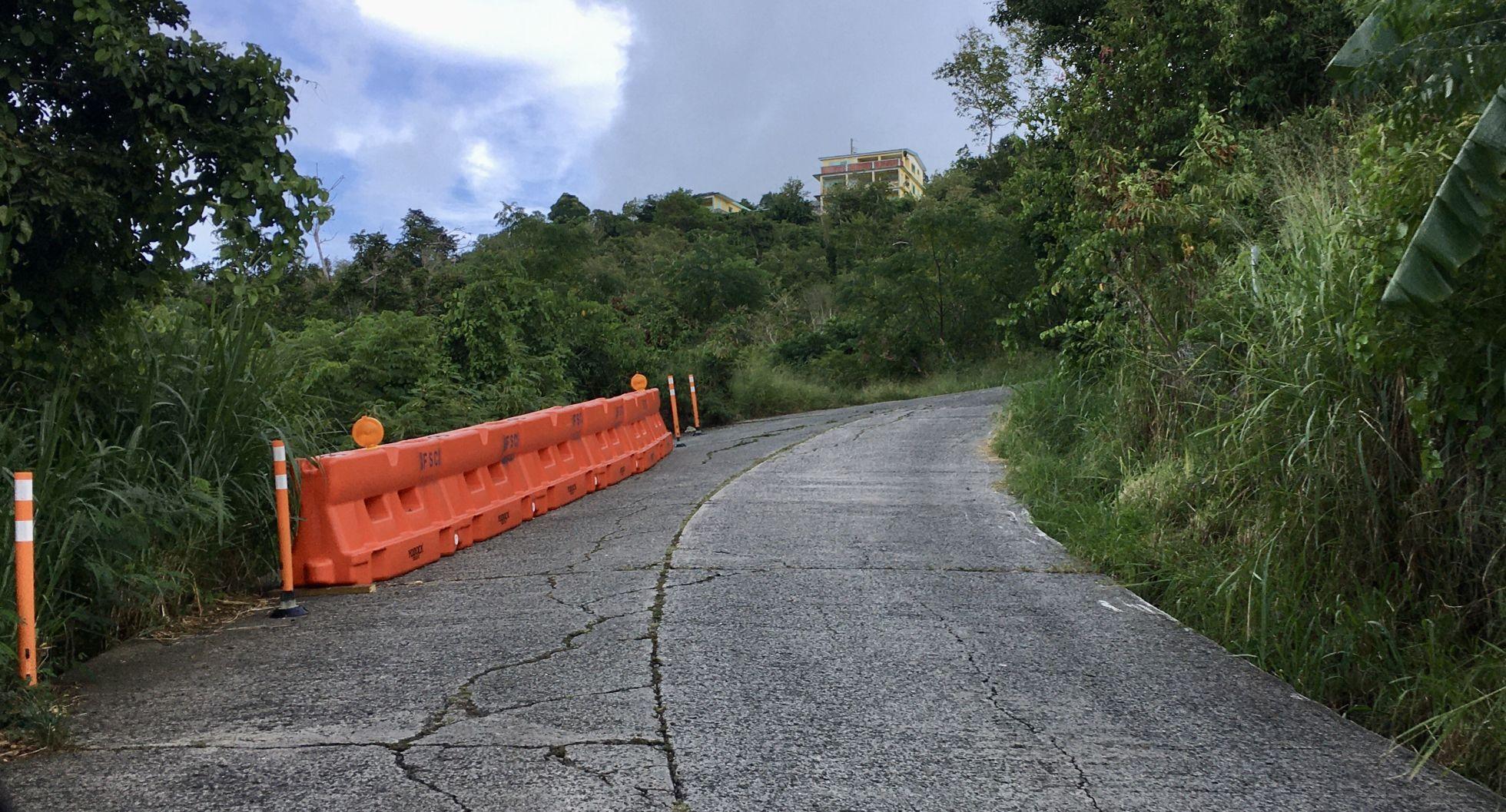 Barriers on Agriculture Hill protect drivers from driving off an eroded roadway.

Barriers placed over an eroded section of road on Agriculture Hill in Estate Dorothea, St. Thomas, create a dangerous situation for drivers.

Barriers on Agriculture Hill protect drivers from driving off an eroded roadway.

That repair project is going through the local government’s procurement process, and “we received bids, the vendor has been selected, and DPW is currently waiting for the contract to be executed,” Exius said in an email Friday. “DPW is hopeful that this will be completed before the end of September 2020. Due to delays from the COVID pandemic, timelines have been severely affected. Once the contract is executed, new timelines will be established. The contract price is $909,136.07.”

“The contractor mobilized on the project site October 7, 2019 and construction work has been ongoing. Thus far, the contractor completed 80% of new drainage structure improvements, 70% of new retaining walls, and approximately 50% of new conduit for cable system installation,” Exius said.

Pavement rehabilitation and restoration will be completed in the last phase of construction, and Exius said that for the safety of construction workers and vehicles traversing that area, “one lane closures are necessary throughout the project duration.”

The department is also working on two federally-funded projects through the Department of Transportation’s Federal Highway Administration under the Eastern Federal Lands Design Project.

“These two projects are part of a group of projects — 13 sites on St. Thomas and five sites on St. John that were damaged by hurricanes Irma and Maria. These projects aim to rehabilitate the roadways, culverts, embankments and other roadway features that were destroyed by the hurricanes. The preliminary engineering part of the projects are complete,” Exius said. “Due to delays from the COVID pandemic, timelines have been severely affected. Once a contract is received and the contractor starts the work, new timelines will be established. The cost associated with the projects is approximately $5.2 million dollars.”

One of the projects is to repair an eroded section of road on Agriculture Hill in Estate Dorothea that has been blocked with barriers for months, creating a hazardous situation for drivers. The other involves a section of Crown Mountain Road in the area of Shibui apartments where barriers over an eroded lane have created a similar bottleneck.

Public Works has received bids and selected a vendor, and officials anticipate that federal awards will be fully executed for both projects by October, Exius said.