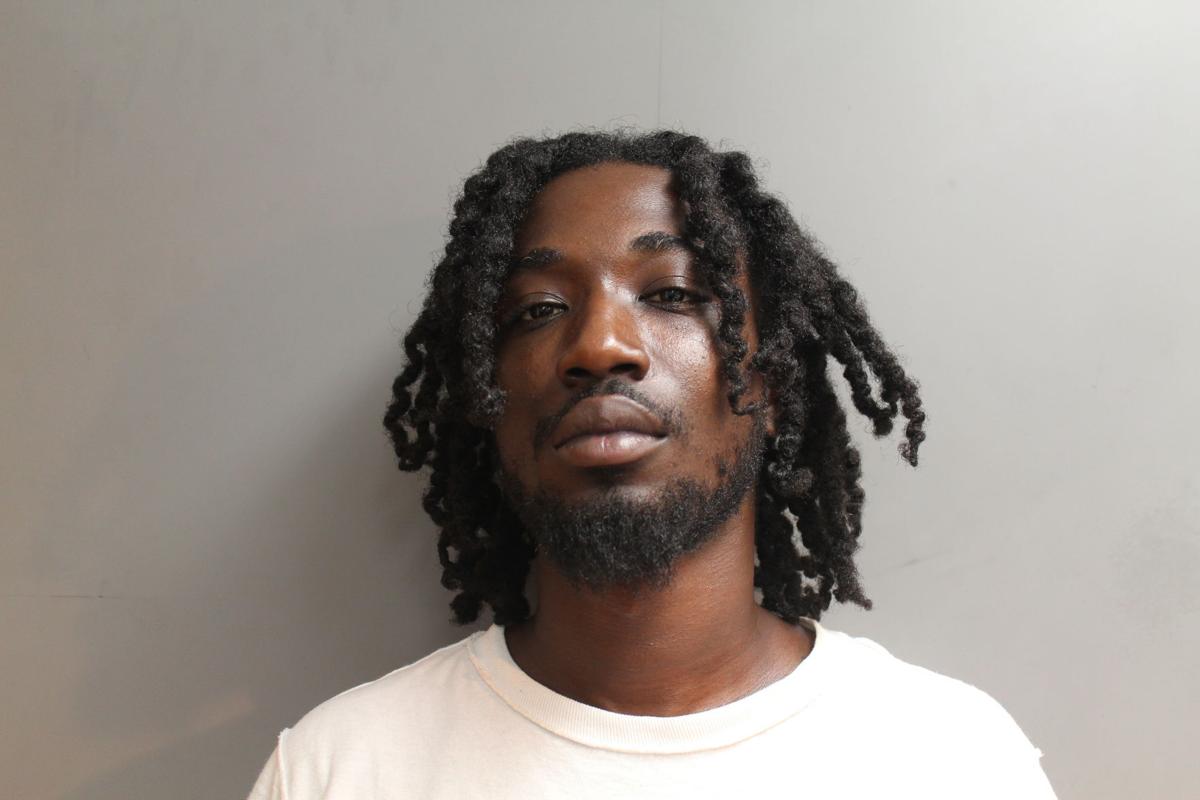 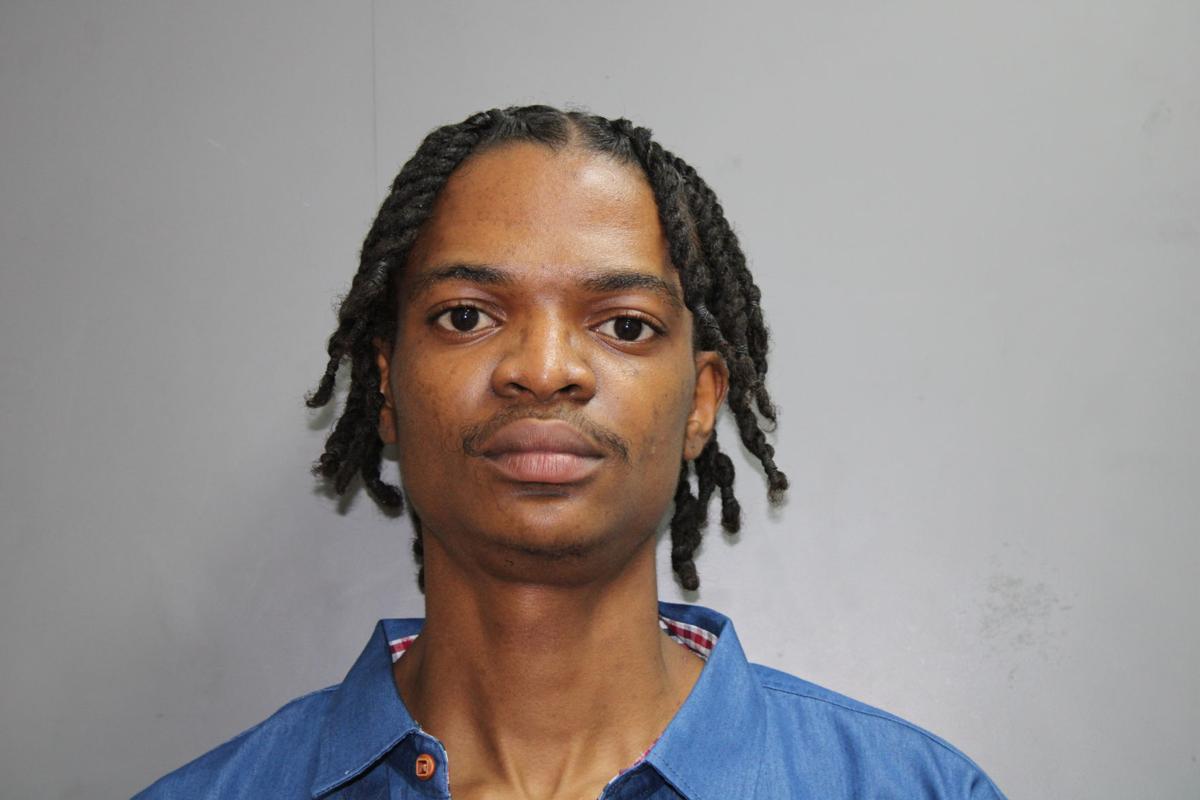 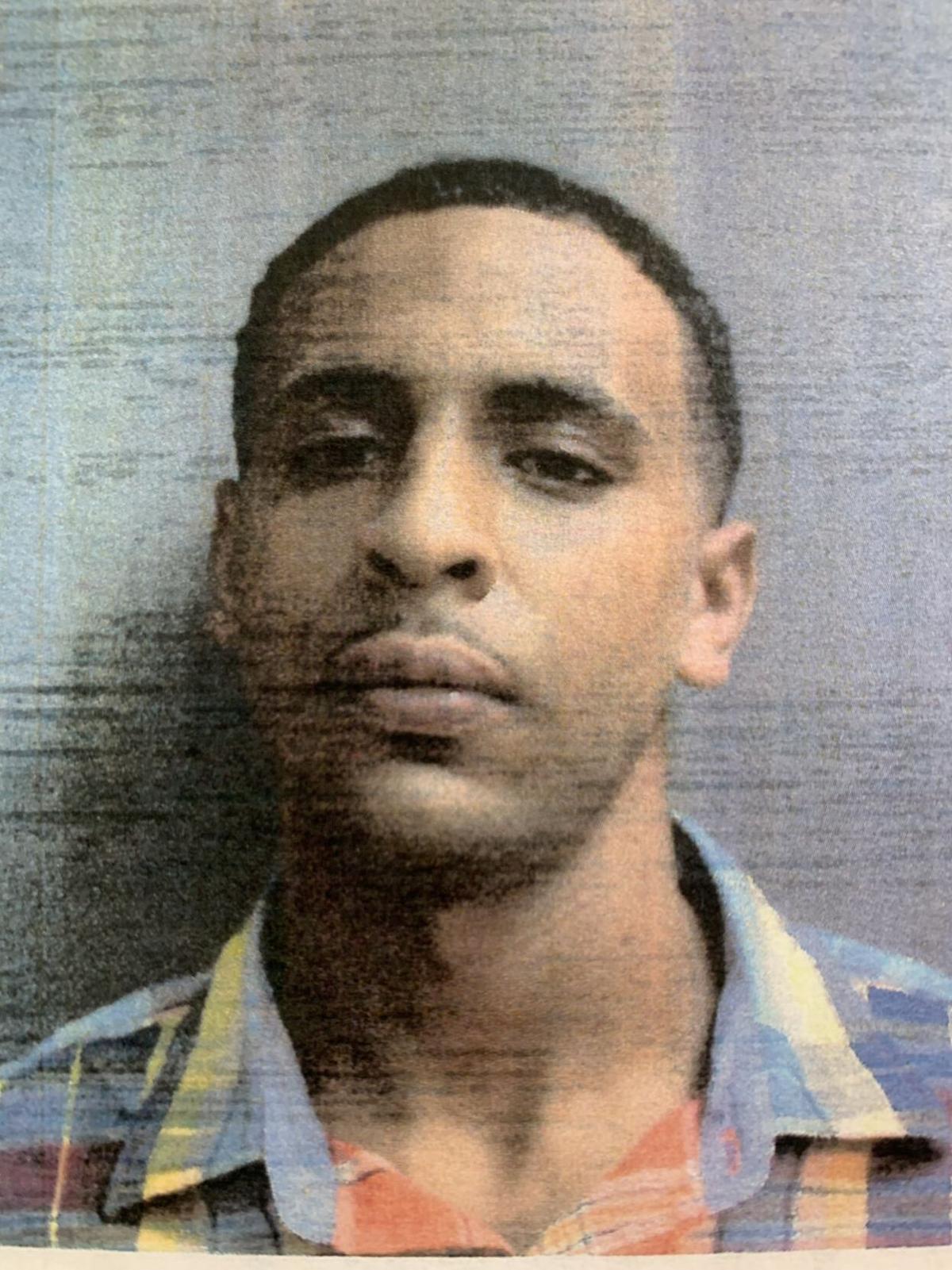 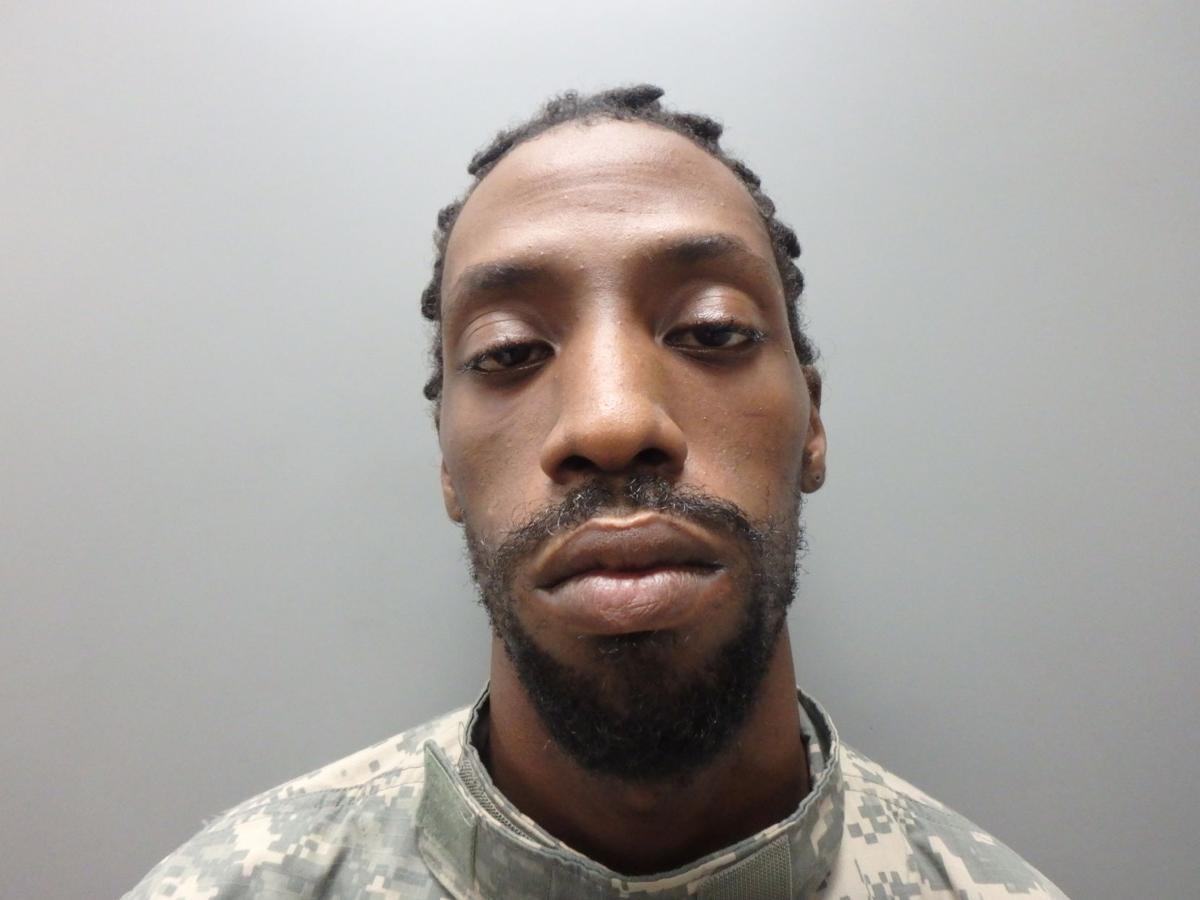 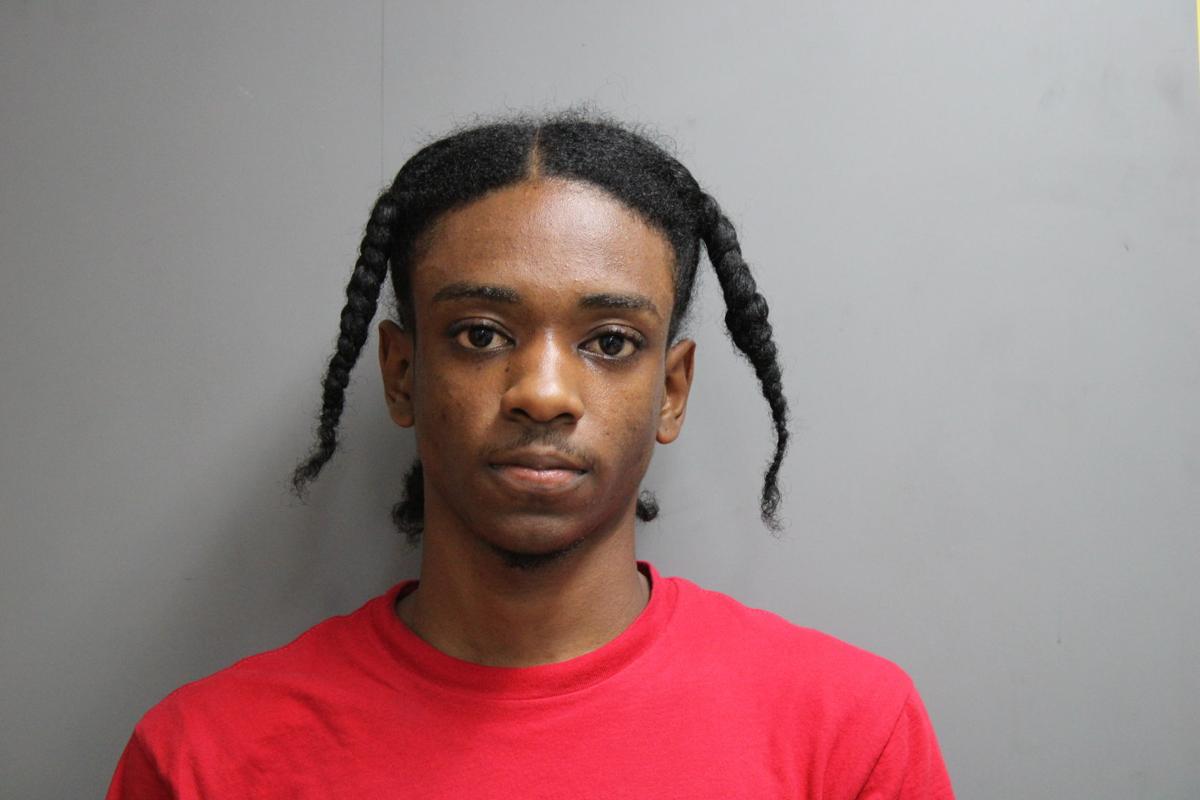 A territorywide New Year’s Eve police operation resulted in the seizure of 17 firearms, including three from one vehicle on St. Croix, and the arrest of seven individuals.

Sixteen people were detained in the operation, dubbed Operation Eagle Eye, and criminal charges included illegal possession of firearms, public endangerment, and illegal discharge of a firearm, according to police.

Police arrested three men on St. Thomas after officers on patrol said they traced celebratory gunfire to its source. Police on St. Croix charged four men for illegal firearm possession, and all four of those arrests were the result of traffic stops before midnight on New Year’s Eve, rather than in response to active shootings.

While police said that high-powered rifles were among the 17 weapons seized on New Year’s Eve, all of the seven men arrested were in possession of handguns, and details of the rifle seizures have not been made public.

On St. Thomas, Trevor Martin, 49, of Kirwan Terrace was charged with unauthorized possession of a firearm and ammunition. At midnight on New Year’s Eve, police on patrol near Kirwan Terrace housing community heard several shots fired and tracked the gunfire to the area of the police Special Operations Bureau. A man, later identified as Martin, attempted to flee from officers and was taken into custody.

Officers said they found a Springfield Armory XP handgun that Martin had discarded while running, and nine .40 caliber bullets were found in his pocket, according to a police affidavit.

Jamari Forde, 29, of Tutu Valley, was charged with possession of an unlicensed firearm and possession of a controlled substance with intent to distribute.

Officers said that at around 1 a.m. on Jan. 1, they traveled to the Tutu Valley basketball court to remove the V.I. Police spotlight to prevent it from being vandalized, according to an affidavit filed by police.

Officers said they found three men smoking marijuana in a parked vehicle at the court, and detained each while they searched the car.

On the back seat, police found a backpack containing marijuana packaged for sale and a digital scale, and a silver 9mm handgun was found under the front passenger seat, according to the affidavit.

Forde claimed ownership of the drugs and the gun and was placed under arrest, police said.

At around 2 a.m. on New Year’s Day, police on patrol for celebratory gunfire in Frenchtown heard gunshots from nearby Veterans Drive, and located Maximea walking from Petrus gas station in the direction of the Government Employees’ Retirement System building.

As officers approached, Maximea “appeared to be extremely nervous,” and was ordered to stop and submit to a pat-down, according to the police affidavit. Officers felt a “bulge” on his waist and found a Taurus .38 Special handgun with an obliterated serial number and loaded with five rounds.

Eustace E. Charles Jr., 19, of William’s Delight, was charged with carrying a firearm openly or concealed, unauthorized possession in a vehicle, and possession or sale of ammunition.

Police said they arrested Charles on Dec. 30 on Melvin Evans Highway after they saw him driving without a rear license plate. During a pat-down, officers said they found a Taurus PT 24/7 Pro Slide .40-caliber handgun tucked into his waistband, and confirmed that Charles is not licensed to carry a weapon.

Cylton Grouby, 27, of Golden Grove, was charged with carrying of firearms openly or concealed, possession of an unauthorized firearm in a vehicle, possession or sale of ammunition, and violation of the restrictions on tinted windows in a motor vehicle.

The darkened window tint is what initially gave police probable cause to stop Grouby and search his vehicle at around 3:43 p.m. on New Year’s Eve, after officers spotted him driving on Melvin Evans Highway.

Grouby denied having drugs or weapons in the vehicle, but police said they found a .32-caliber Savage Arms Model 1907 handgun in a bag in the backseat, loaded with five rounds. Police said they also found a lower receiver for another firearm in the bag.

At 11:02 p.m. on New Year’s Eve, police said they stopped Dejani J. Sweeney, 23, of Estate Glynn, for driving without a visible front license plate on Mahogany Road near Grove Place.

Two passengers were in the vehicle, including Elvis M. Villar, 23, of Orange Grove, and police said they smelled marijuana and conducted a search for illegal drugs. Villar “kept reaching for his waist area,” and officers said they found a handgun in his waistband.

“I don’t have a license for it, but I have it for protection,” Villar said, according to the police affidavit.

Officers said they saw another firearm sticking out from under Sweeney’s seat, and found a third gun in a backpack on the floor.

The men initially denied ownership of the weapons and were taken into police custody along with the third passenger, Sweeney’s girlfriend. But after being advised of his rights, Sweeney claimed ownership of the gun under the driver’s seat and police did not charge his girlfriend with a crime.

According to police, the New Year’s Eve operation had been several months in the making. Officers were placed in several communities, with some assigned to stationary, visible positions, and others patrolling in vehicles.

“They went towards the illegal activity. They did not run from it,” said V.I. Police Commissioner Trevor Velinor, praising his officers for their efforts.

“We have elderly individuals who wanted to go to church and had to hear these gunshots. That should not happen,” Phillip said.