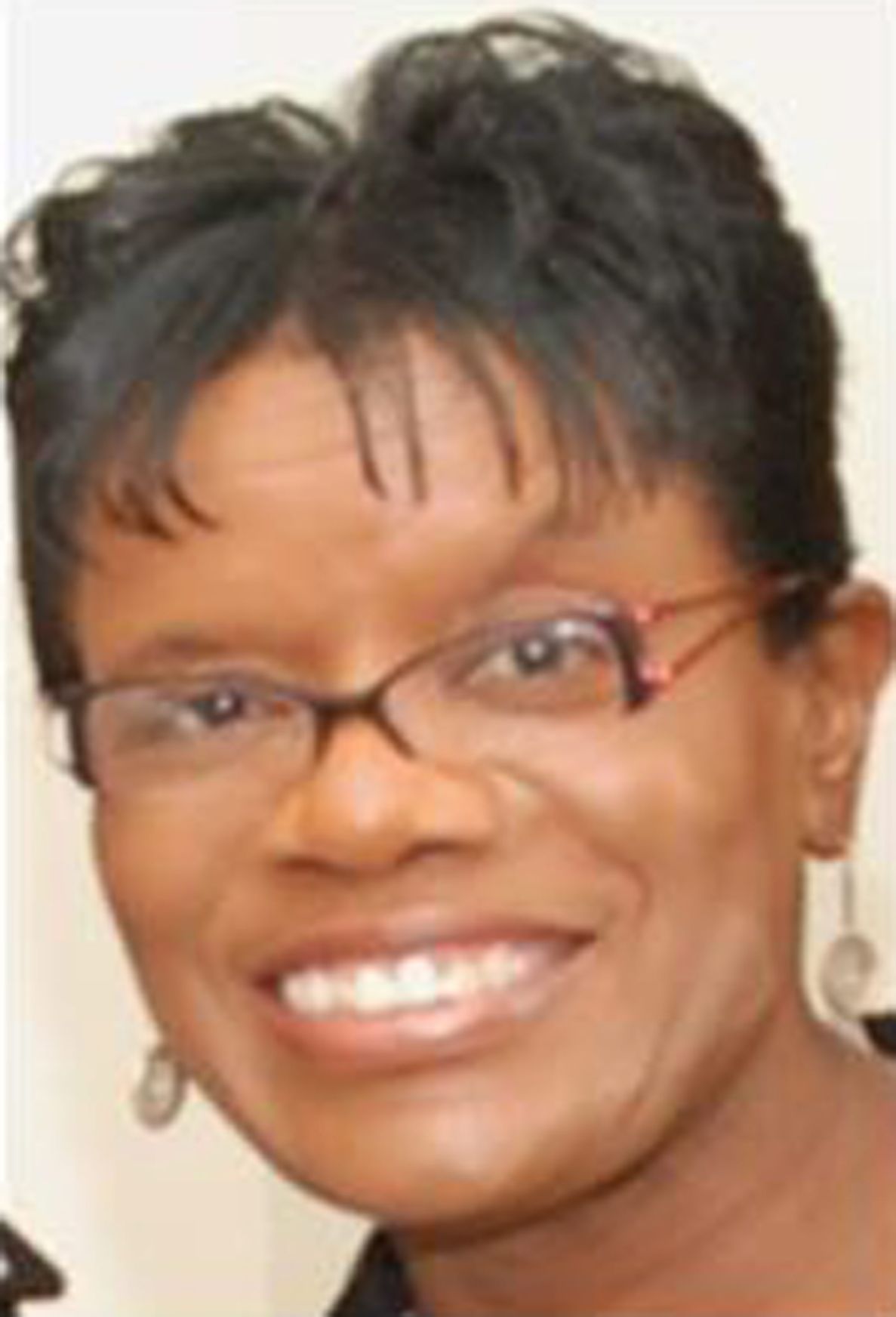 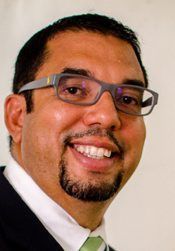 A scuffle broke out at a meeting of the Republican Territorial Committee on Saturday as tensions between members boiled over into violence.

The incident occurred at D&J Shooting Gallery on St. Croix, and those present have reported conflicting accounts of the event. Committee members met at the shooting range on St. Croix and at a private home on St. Thomas, and both groups were linked via telephone for the meeting.

The phone landed in the lap of Committeewoman Lilliana Belardo de O’Neal, and Espinosa held Brady “against the wall just to protect her and to protect Dennis because Dennis is the victim in this,” Canegata said. He said he did not actually see the scuffle because he’d turned his back to speak with Committeeman Holland Redfield.

Redfield defended Brady in a statement Sunday, saying that she was as likely an aggressor as “Mother Teresa.”

Redfield said he never saw Brady throw a cell phone, and it was Lennox who was pushing the phone in her face. When Brady tried to push back, the scuffle ensued.

“Decorum was not maintained by the chairman from the beginning until the end,” Redfield said.

He said Brady was appealing to Canegata for order and Espinosa, “pushed her against the wall, and I believe she fell to the floor,” and “then I couldn’t see her anymore.”

Canegata said police were summoned to the meeting and Lennox initially said he would not pursue charges against Brady if she gave him a written apology and agreed to resign from the committee.

But Canegata said Brady later refused to resign and Lennox filed a police report three hours after the altercation.

When asked if there will be a warrant for Brady’s arrest, “that’s a possibility,” Canegata said.

Schoenbohm said Brady was “slammed against the wall and thrown to the floor because she objected to the Gestapo-like tactics of the V.I. Chairman John Canegata.”

“That did not happen, it’s really he say, she say and the police report should clear that up,” Canegata said.

If not for Lennox’s “charitable heart,” Canegata said, Brady “was going to leave in handcuffs. She cried, she was pleading, she was sending texts, ‘John, we’ll do whatever.’ And I’m surprised that she had the gall to renege and say that she’s not going to resign.”

But Schoenbohm said Canegata refused to follow proper meeting procedure and Brady objected, “and a Cruz volunteer that was at the meeting at the behest of the chairman put a cell phone camera in her face” and she was “thrown to the ground” by Espinosa.

The genesis of the entire incident was disagreement over how the meeting was being run, with members calling for a point of order and challenging the chair. But Canegata refused to recognize those calls, angering members, and called for a voice vote to ratify the appointment of members to fill vacancies.

While Canegata determined the vote was in the affirmative, other members disagreed that a majority were actually in support and called for a roll call vote, whereby each individual member is polled and announces their response.

Canegata did not take a roll call and abruptly adjourned the meeting, after which the incident between Brady, Lennox and Espinosa occurred.

Redfield said the incident is symptomatic of a larger problem in the territory of some men “bullying females.”

“Anybody that bullies a female for whatever reason is a coward and is not a man,” Redfield said. “And anyone defending it, as far as I’m concerned I have no respect for them.”

Following the meeting Saturday morning, a group of 14 members held a second meeting where they approved a vote of no confidence in Canegata.

Canegata said Saturday he was not aware that a second meeting had been held.

A quorum of 14 members, “continued at a safer location and passed condemnation of Fred Espinosa for attacking Gwen Brady, Canegata for not following the rules, and demanded the certification to the RNC of the winning delegates,” said Party Vice Chairman Herb Schoenbohm.

The resolutions were that the committee confirm the winning delegates and direct party officers to certify the delegates, a condemnation of the state chairman for refusing to conduct the meeting in accordance with the rules and improperly adjourning the meeting without a vote, a condemnation of Frederick Espinosa for the assault of Gwen Brady at the initial meeting, and a vote of no confidence in the State Chairman, Canegata.

Schoenbohm said Canegata held the meeting in his shooting gallery, “where he struts around like a petty tyrant with a firearm on his belt, while banging the table with a large ammunition cartridge being used as a gavel. People are not used to a Republican meeting being in a combat zone and will avoid future meetings if something isn’t done about his lack of control.”

Schoenbohm also said Canegata was armed with a semi-automatic large caliber pistol and ordered everyone off the property after the altercation while Brady, “emerged from the meeting room visibly shaken and crying. Someone called the police and demand that she be arrested even though she was the obvious victim of an assault and battery.”

Canegata did not dispute much of Schoenbohm’s account, aside from who was the aggressor in the altercation.

Canegata said he’s usually armed and, “I’m sure I wasn’t the only person carrying,” at the meeting.

“I carry concealed,” Canegata said, and said his weapon was not openly displayed. When asked how other members knew he was carrying a gun, “they made that assumption, maybe,” Canegata said.

He also said he forgot to bring a gavel so for the purposes of the meeting, “my gavel was a casing for an old artillery shell.”

Canegata said he routinely holds meetings at his private gun range because, “it’s my business, I have a conference room, a classroom, it’s free.”

Canegata said the intention of the meeting was simple, “by the rules I get to appoint who the members are to fill these vacancies, and the rules said basically the committees shall ratify this, so I appoint, and they shall ratify.

“We did what we had to do, the individuals were ratified, the ayes beat the nays and there was a lot of screaming,” Canegata said. “We won and the handful of naysayers, they lost.”

Members Garfield Doran, Jevon Williams and David Johnson were appointed and ratified at the meeting.

But Schoenbohm said the meeting was not a routine replacement of committee members, and had “major” ramifications on which delegates will be sent to the Republican National Convention in Cleveland, Ohio, on July 18.

Redfield, who attended the second meeting, said he believes the party will recognize the vote of no confidence in Canegata, and will validate the elected slate as the true delegates to the Republican National Convention.

An internal war has been brewing within the party for the last month after John Yob moved to the Virgin Islands from Michigan to become the top vote-getter in the Republican delegate caucus on March 10.

A second-generation Republican strategist — his father is Chuck Yob, who’s been a power player in Michigan Republican politics for decades — Yob literally wrote the book on how to influence the convention process: “Chaos: The Outsider’s Guide to a Contested Republican National Convention in 2016.”

Yob’s win has stirred controversy among some party members, who feel he is a newcomer who recently moved to the territory in an effort to scoop up delegates. But Yob, who said he purchased a house on St. John in the fall, said his children are enrolled in local schools and he intends to make the Virgin Islands his permanent home.

Yob is suing the Elections System over a 90-day residency requirement for voter registration after he was removed as an elector shortly before the Republican delegate caucus. A temporary restraining order allowed him to run, and he was elected along with five other uncommitted delegates, who would join the three uncommitted automatic delegates at the convention, Belardo de O’Neal, Canegata, and Redfield.

Yob, who did not attend the meeting, said in a statement following the incident that “this is no longer about Mr. Canegata breaking the rules to try and hurt me. This is now about him bringing in goons who physically assaulted a very well respected woman in the Virgin Islands for asking why he wasn’t following the rules.

“This is beyond politics, this is a matter of a petty tyrant.”