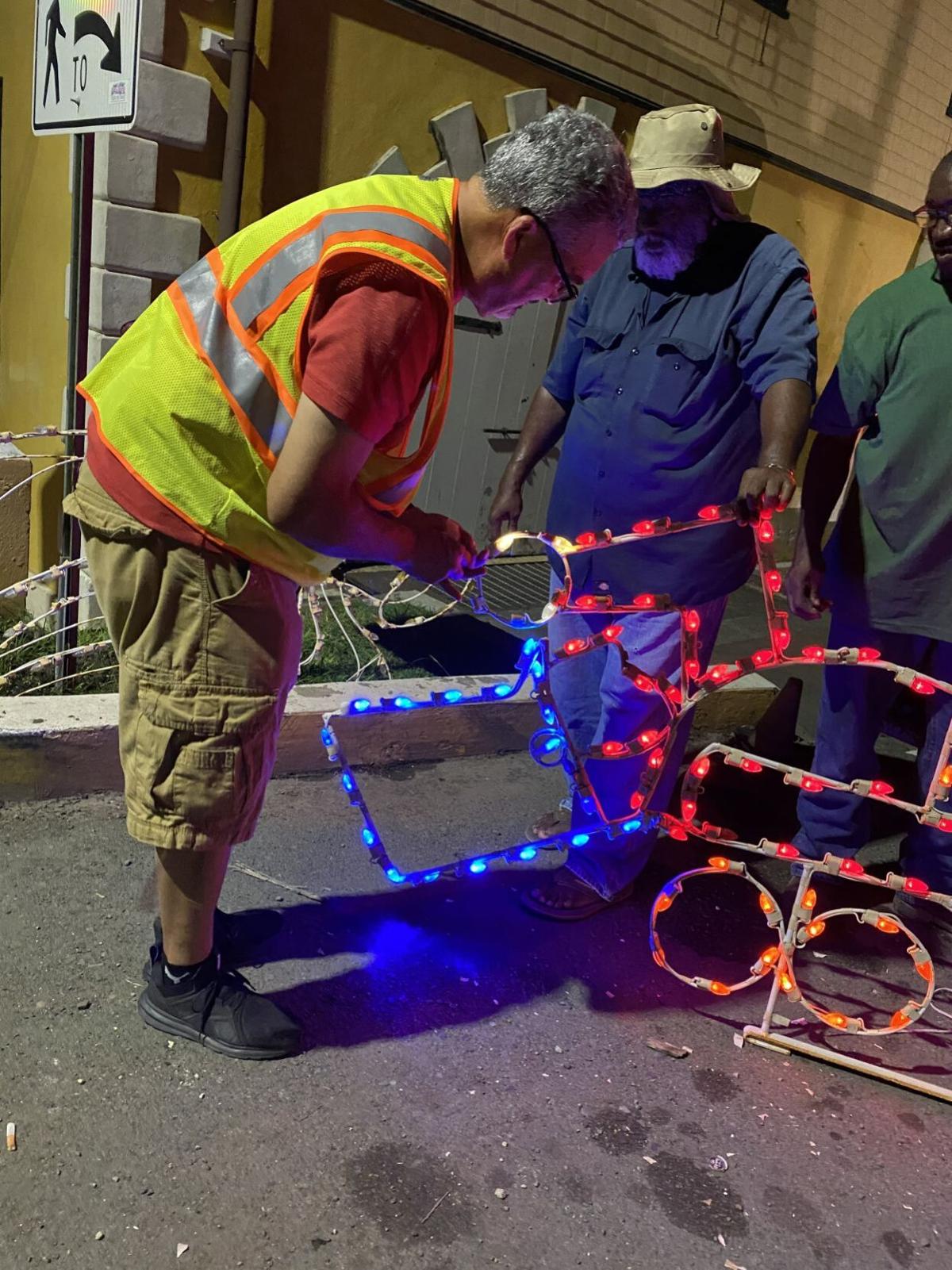 Brightening up the season 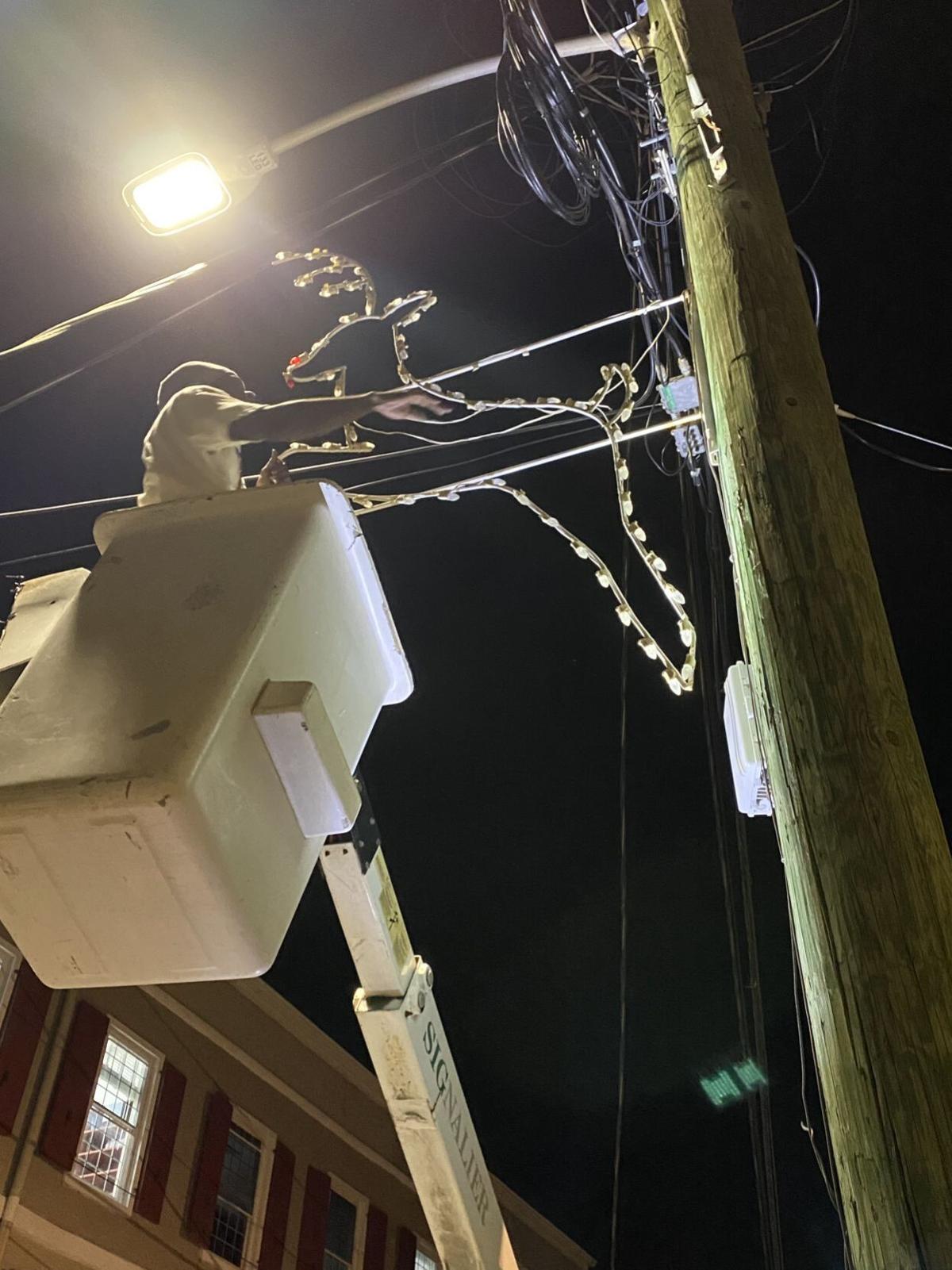 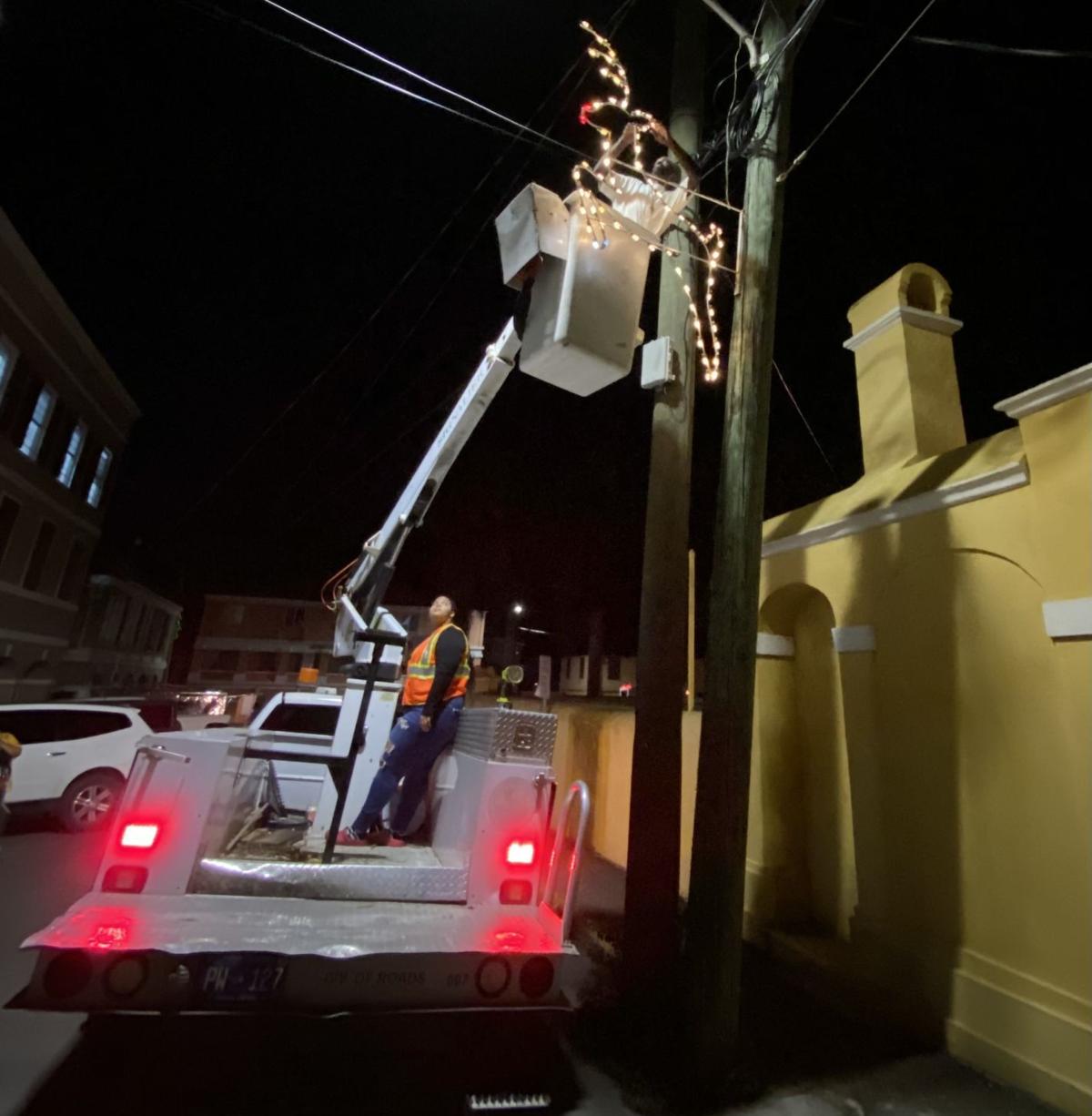 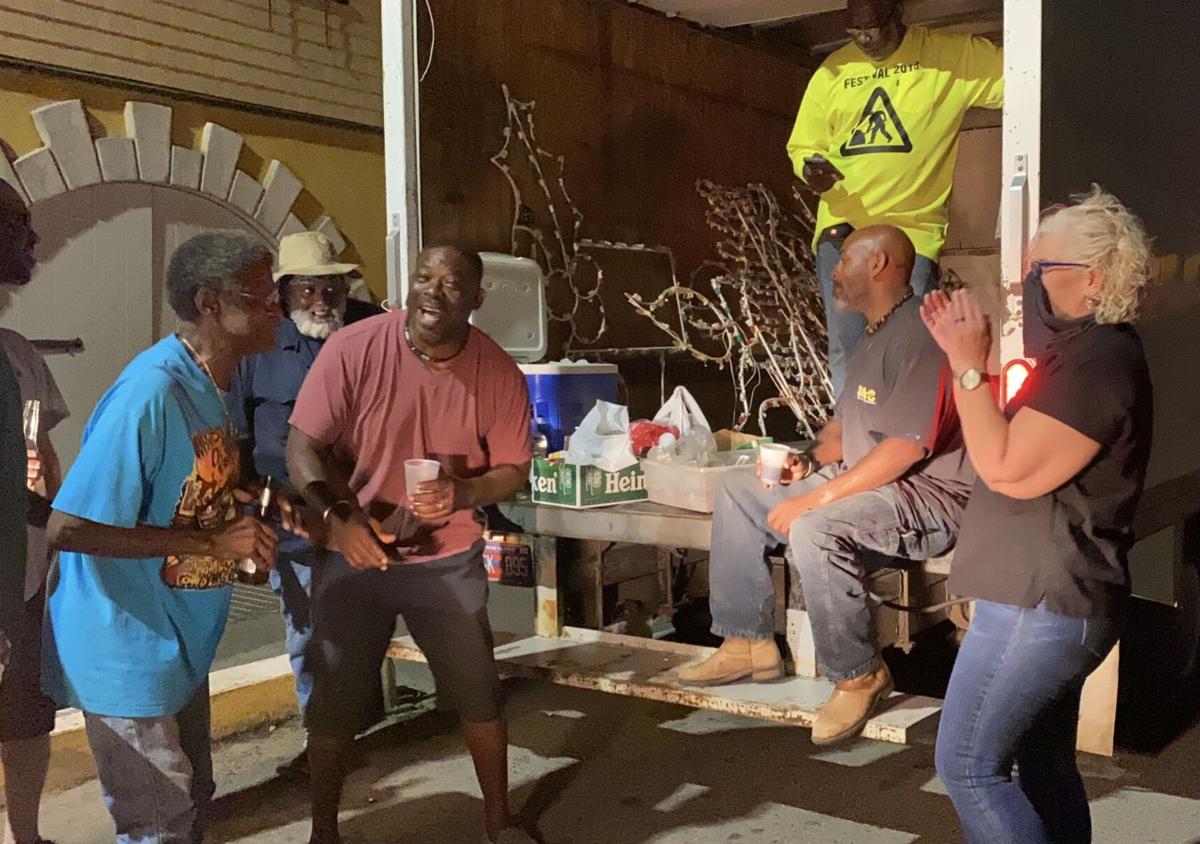 Member of Gentlemen of Jones Social Club take a break from hanging lights to sing for Christine Goodrich Friday night.

Brightening up the season

Member of Gentlemen of Jones Social Club take a break from hanging lights to sing for Christine Goodrich Friday night.

ST. CROIX — Thanksgiving may be just a few days away, but it’s beginning to look more like Christmas in downtown Christiansted.

Thanks to the Gentlemen of Jones Social Club, the holiday cheer is being spread early. And, members of the group have been doing so for more than 50 years.

Every year, by the second week of November, they begin to dive through storage containers to sort through lights and fixtures — fixtures that when lighted, take on the shape of Santa Claus, Christmas trees, snowmen, reindeers, sleighs, poinsettias and even menorahs.

It is a labor of love for Wayne Biggs, the club’s treasurer, who acknowledges that his favorite of all the fixtures are the red poinsettias.

“I’ve personally been doing this since 1986 when we only did the town. We have since extended to Gallows Bay. We decorate to Gallows Bay, then do the length of the bypass with flags and banners because the power source on the bypass is underground, but we still make it look nice and people enjoy it,” Biggs said.

The scene last Friday night was festive as volunteers made their way through town with a truck filled with light fixtures. A bucket-truck, on loan from the Public Works Department, helped lift the volunteers — and an electrician from the Water and Power Authority — as high as possible so they could decorate utility poles before energizing them.

There’s a lot of fellowship and libation in between, of course.

“We are a social club, so we are going to have a good time even if we are working hard,” Biggs said, as he and the other volunteers stood near a cooler filled with beer and other beverages.

Inside the truck, a cellphone that was plugged into the vehicle’s speakers, blared traditional Christmas music.

Christine Goodrich, who drove through the town Friday night, said she was overcome with joy when she saw the Christmas decorations being placed on poles at King Street.

Goodrich greeted the contingent from Gentlemen of Jones in front of the Scale House, thanking them for keeping the tradition alive.

“I’ve lived on St. Croix for 42 years. This marks the beginning of the holiday season and I am really excited.”

She said her family enjoys being able to drive through town “just to see the lights.”

“They change every few years, but the feeling you get and the memories that come rushing to your mind when you see them going up. That never changes,” she said.

Craig Williams, chairman of the Gentlemen of Jones Lights Committee, said that in adherence to COVID 19 social distancing mandates, there will be no in-person activities this year. The group always takes part in the Crucian Christmas Festival’s parade.

“We are still starting the party by putting up the lights in the town. We’ve started early so that we can spend Thanksgiving with our families knowing the lights are already up,” he said, adding that Gentlemen of Jones wants to make the season merry and bright for all.

“Social distance and have a great time because we are setting the tone and sounding the alarm — if you will, to say the season is here,” Williams said.

Yauncey Milligan, a WAPA electrician, was on hand to help, as usual. He descended from a bucket truck after he connected electricity to a giant red-nosed reindeer fixture on a utility pole on Church Street. He said he’s been helping out with the lighting project for at least the last 10 years.

“We do this with good spirits all the time because we know how much the community looks forward to it and how much people who come to visit will appreciate it,” Milligan said.

Biggs noted that Gentlemen of Jones has struggled in recent years to keep the tradition alive because of financial constraints; over the years the cost of the decorations have totaled more than $80,000.

He said the group plans a major fund-raiser next year to help replace fixtures and lights and to expand the street lighting from Golden Rock to Gallows Bay.

“We need the community support to replace the fixtures for coming years,” he said. “These fixtures have a life cycle of about five years, but we get our members to paint and refurbish them from time to time so we have been able to extend on the life to about 15 years.”