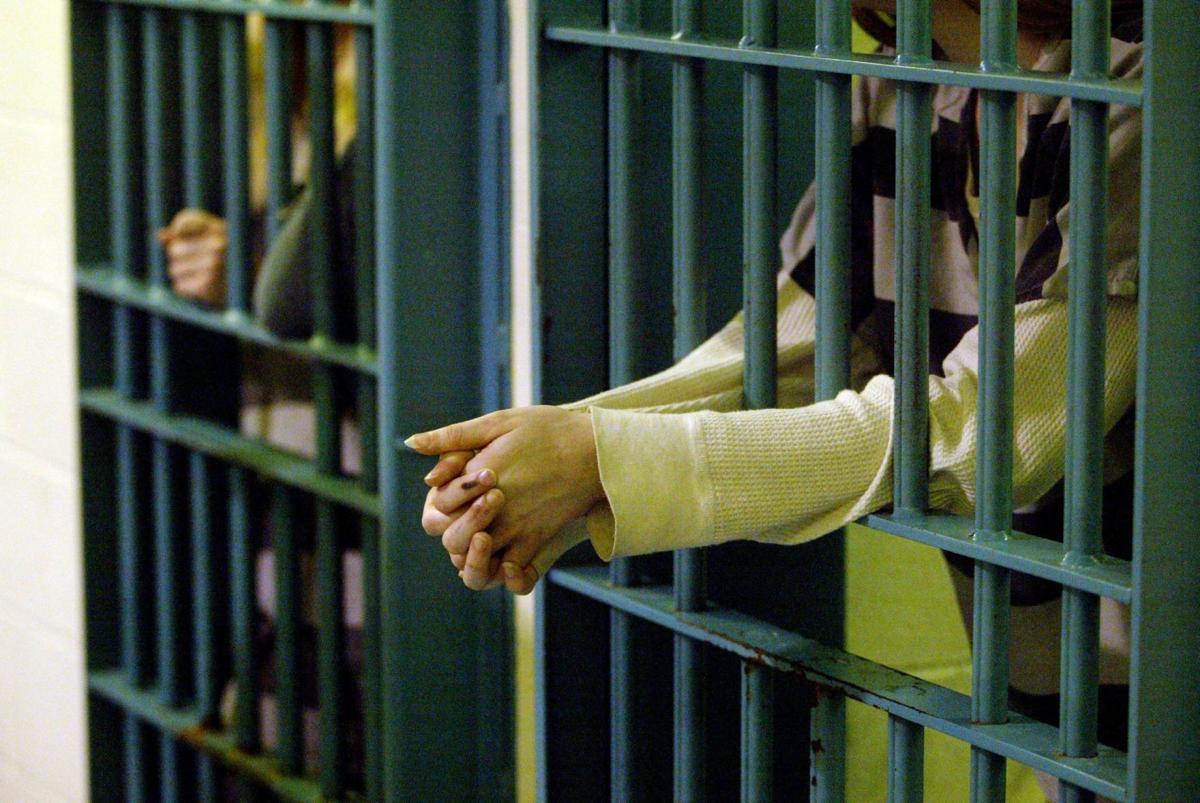 With no facility to handle mentally ill criminal defendants in the territory, judges are often faced with two equally bad options, send defendants back to jail or release them without treatment. 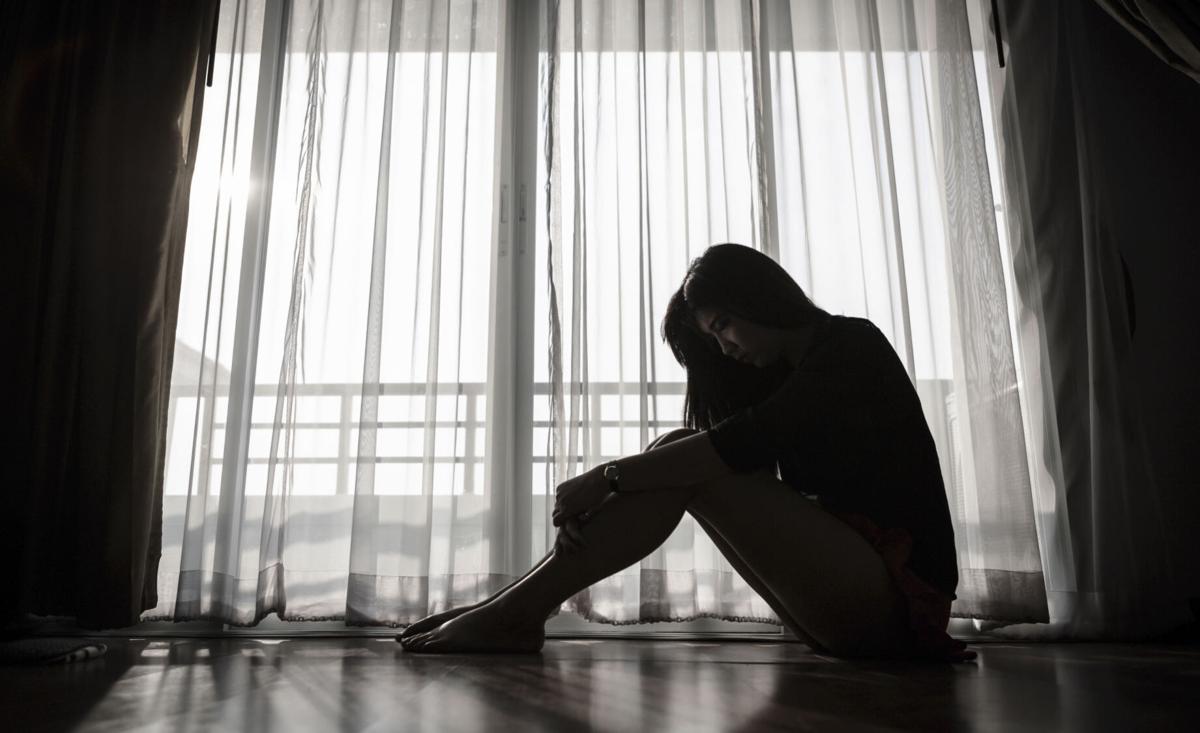 With no facility to handle mentally ill criminal defendants in the territory, judges are often faced with two equally bad options, send defendants back to jail or release them without treatment.

For decades, the Virgin Islands government has struggled to provide adequate treatment to mentally ill individuals facing criminal charges, choosing to send patients to facilities on the mainland — an option that’s not currently available due to the ongoing COVID-19 pandemic.

The situation has left the territory’s courts in crisis, and judges are struggling to figure out a way to keep mentally ill defendants from potentially harming themselves and others while they wait indefinitely for help, often while being cared for by family members who have expressed exhaustion and dismay.

In a single week in July, one man who appeared in court, Rashadi Caleb, insisted his name was “Jamie Mars,” and was apparently delusional throughout the hearing. Another man, Deonte Peterson, 20, ran away from home in violation of a court order, leaving his mother to explain to a judge that despite her best efforts, she could not control his escalating psychosis. Days later he returned, and could be heard screaming at his mother in the background of a subsequent telephonic court hearing.

Allen Springette, 49, of St. Thomas has long suffered with mental illness and substance abuse, and has cycled in and out of jail because the courts can find nowhere else for him to go.

Springette has been arrested 14 times, including in April 2018 when he burglarized a post office in Charlotte Amalie. He was sentenced to 24 months behind bars and released from federal prison on Jan. 13. He was arrested again on July 13 after police said he was caught on surveillance video burglarizing Percy’s Bus Stop and stealing bags of chips and drinks.

“The court is very familiar with Mr. Springette,” Magistrate Judge Henry Carr III said at his advice-of-rights hearing on July 13, and ordered that he must remain in jail until the Bureau of Corrections conducts a mental health evaluation.

Santos, 37, was arrested on Oct. 27 and charged with third-degree assault after police said she attacked a woman with a glass bottle.

Santos spent eight months in jail until her release on June 26, when the Attorney General’s Office requested that she receive a psychiatric evaluation, and Morris chastised prosecutors for the delay.

“The evaluation specifically spoke of her needing some long-term residential care. And it seemed to indicate that something intense would be necessary. We don’t have such a facility here on St. Croix, so I think we’re probably looking at something off-island, but given the current circumstances that the country is in, I don’t think that’s something the Department of Health would be able to accomplish right now,” Assistant Attorney General Jasmine Griffin said.

The judge asked her to explain the status of the prosecution’s case.

“At this point, I’m not sure. My fear is that if we were to dismiss this, then we would not have the ability to assist Ms. Santos with the kind of care and urgency than if we were to keep this case open,” Griffin said.

“It doesn’t seem to this court that we’re moving forward with any type of care or urgency,” Morris said.

“In regards to Ms. Santos, or generally speaking?” Griffin asked.

The judge told Griffin he was referring to Santos — one of many Virgin Islanders trapped in an endless cycle of arrest, release, and rearrest because the territory does not have a residential facility where criminal defendants can receive adequate treatment for the underlying conditions that cause them to offend in the first place.

Not sure “whether Ms. Santos will be able to get any sort of consistent attention” from the Health Department, Griffin still asked to continue the case for several weeks.

None of those cases resulted in a conviction and were dismissed because she was not competent to stand trial.

“We have been her attorney, as far as I can remember, every time she has come before this court, your honor,” said Territorial Public Defender H. Hannibal O’Bryan Sr. “And I don’t think there’s one single matter that’s ever gotten past the stage where she’d been arraigned.”

“This is a very long pattern, Attorney Griffin. It is very concerning that we haven’t figured out something to help Ms. Santos in all this time,” Morris said.

The psychological evaluation recommended a “long-term residential program” to treat Santos for her mental illness and substance abuse, which does not exist in the Virgin Islands.

Santos’s situation “definitely highlights that we have no facility here on St. Croix, or in the territory that can specifically address her needs,” Griffin said.

“The People have to come up with a placement or do the next option” and dismiss the charges against Santos, Morris said, because defendants found not competent to stand trial or not guilty by reason of insanity are not supposed to be held long-term in Bureau of Corrections facilities.

Rather than construct a facility, the Virgin Islands government has opted instead to spend millions every year paying for individuals to be kept in long-term treatment on the mainland — and the government’s precarious financial situation has left little money available to cover those costs.

“The big thing for her will be getting her to change longstanding behavioral patterns. For that we need an in-house placement,” Griffin said.

“We have to find a way to break the cycle,” the judge said.

By dismissing all of her previous cases, prosecutors “more or less chose the lower road,” O’Bryan said, rather than offering Santos the treatment she desperately needs, “and I believe that until the ante is up in terms of the crime that she’s accused of, we’re going to have this exact situation that we have right now.”

“And that’s exactly what we don’t want, that when she comes back to court, that it’s on more serious charges,” Morris said. “Even though it goes against my every fiber not to dismiss this case today,” the judge said he would continue the case for another six to eight weeks so prosecutors could find a way for Santos to get treatment.

The judge’s concern is not theoretical, and similar defendants have been released back into the community with tragic consequences, including Renique Francis, 23, who was arrested in 2017 on domestic violence charges. Her psychotic behavior and auditory hallucinations were so troubling to a psychiatrist at the St. Thomas jail, he recommended in 2018 that Francis be involuntarily hospitalized for mental health treatment.

Instead, she was released back to the streets on Feb. 6, 2019. Police say she stabbed 35-year-old Ashley Browne to death less than two months later. Francis was arrested and returned to the custody of the Bureau of Corrections to await trial for murder.

On Wednesday, yet another defendant found incompetent to stand trial, 34-year-old Jesse Valere of St. Croix, appeared in court for a status conference. Valere was arrested on Sept. 14 and charged with carrying or using a dangerous weapon after police said he damaged a woman’s vehicle and had a gravity knife in his possession.

At his last hearing on July 8, Magistrate Judge Miguel Camacho asked prosecutors to confirm his immigration status. Griffin said Wednesday she “forgot to make the phone call,” but by the end of the hearing she’d confirmed that he’s a legal resident and “not deportable” unless he’s been convicted of a crime. “So we will have to find a placement.”

Valere rejected his family’s attempts to return him to a psychiatric treatment facility on St. Lucia because “part of Mr. Valere’s perspective is that there is a conspiracy that his mother leads against him,” said O’Bryan.

Because a U.S. court cannot compel someone to be held in a facility located in another country, “the only two alternatives left,” O’Bryan said, are “either to dismiss, which is unpalatable, or to have a suitable placement identified and him being taken there by the appropriate authorities.”

Griffin said the judge can order Valere to be held at a treatment facility.

“Yes, I can order him, but can the government pay for it?” Camacho asked.

“That would require a conversation with the Department of Health,” Griffin said, and the last time she spoke with someone at the department “she made it clear that the division of mental health had a shrinking purse, and they would have to look very hard to find any additional resources. So, I don’t know.”

Valere’s video feed from Golden Grove Adult Correctional Facility was muted throughout Wednesday’s hearing, but he could be seen speaking and gesturing animatedly as the attorneys discussed where he should be held.

“You’re going to have to find some place to place him, because he can’t stay in BOC,” Camacho said.

The judge scheduled Valere to return to court on Aug. 19 for another status conference.