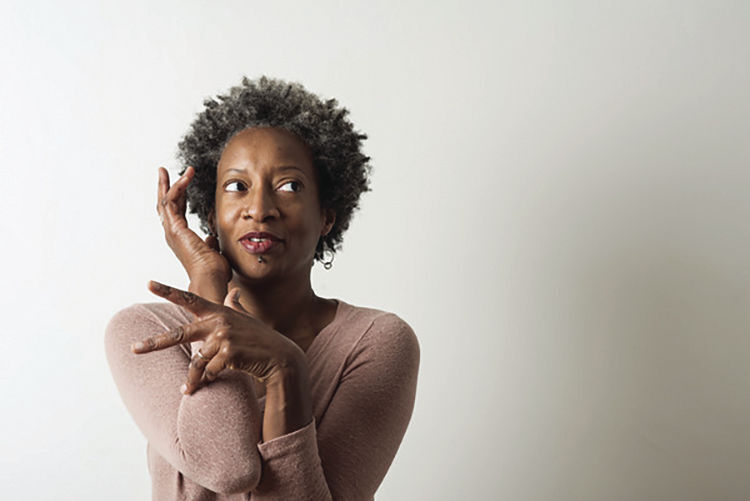 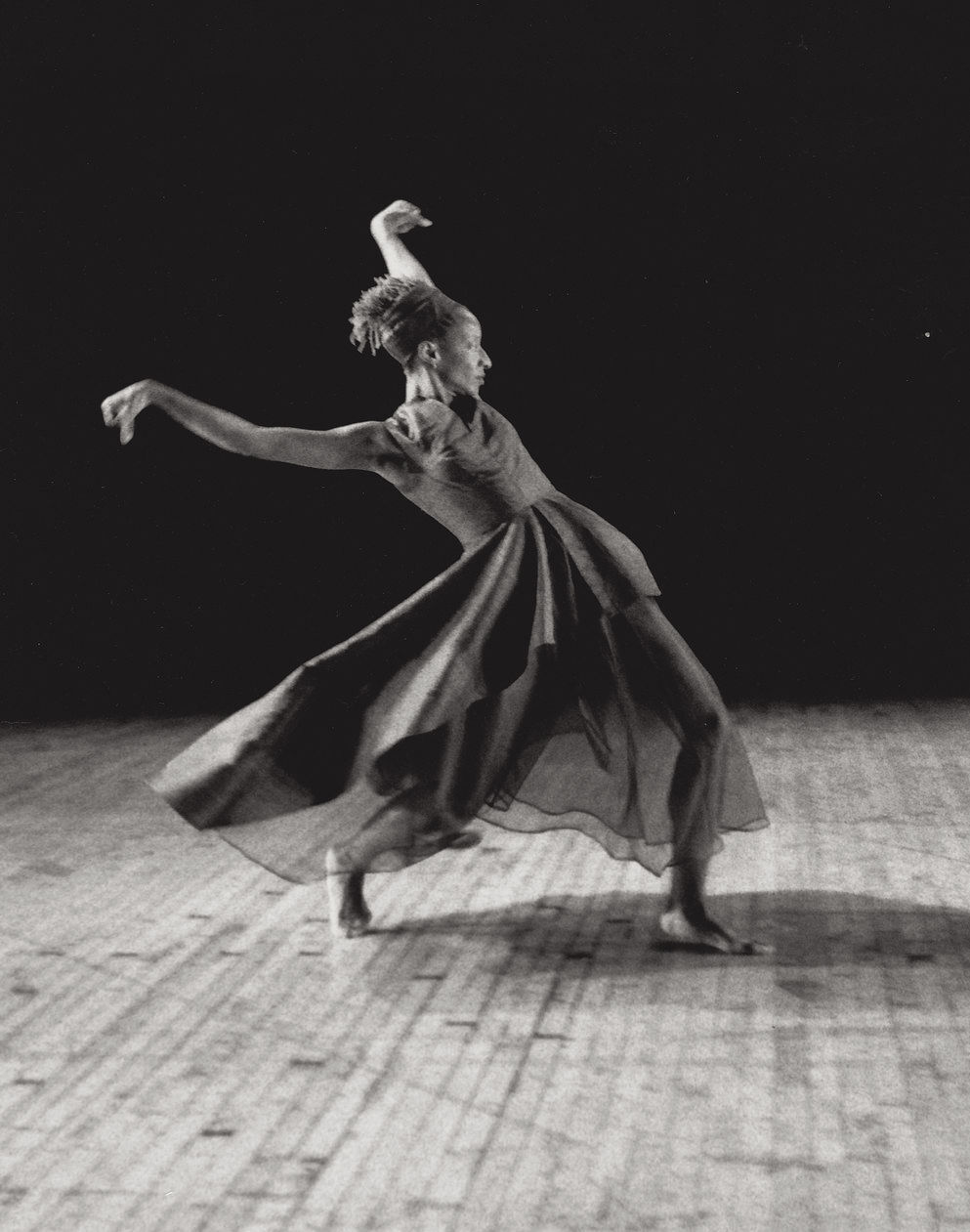 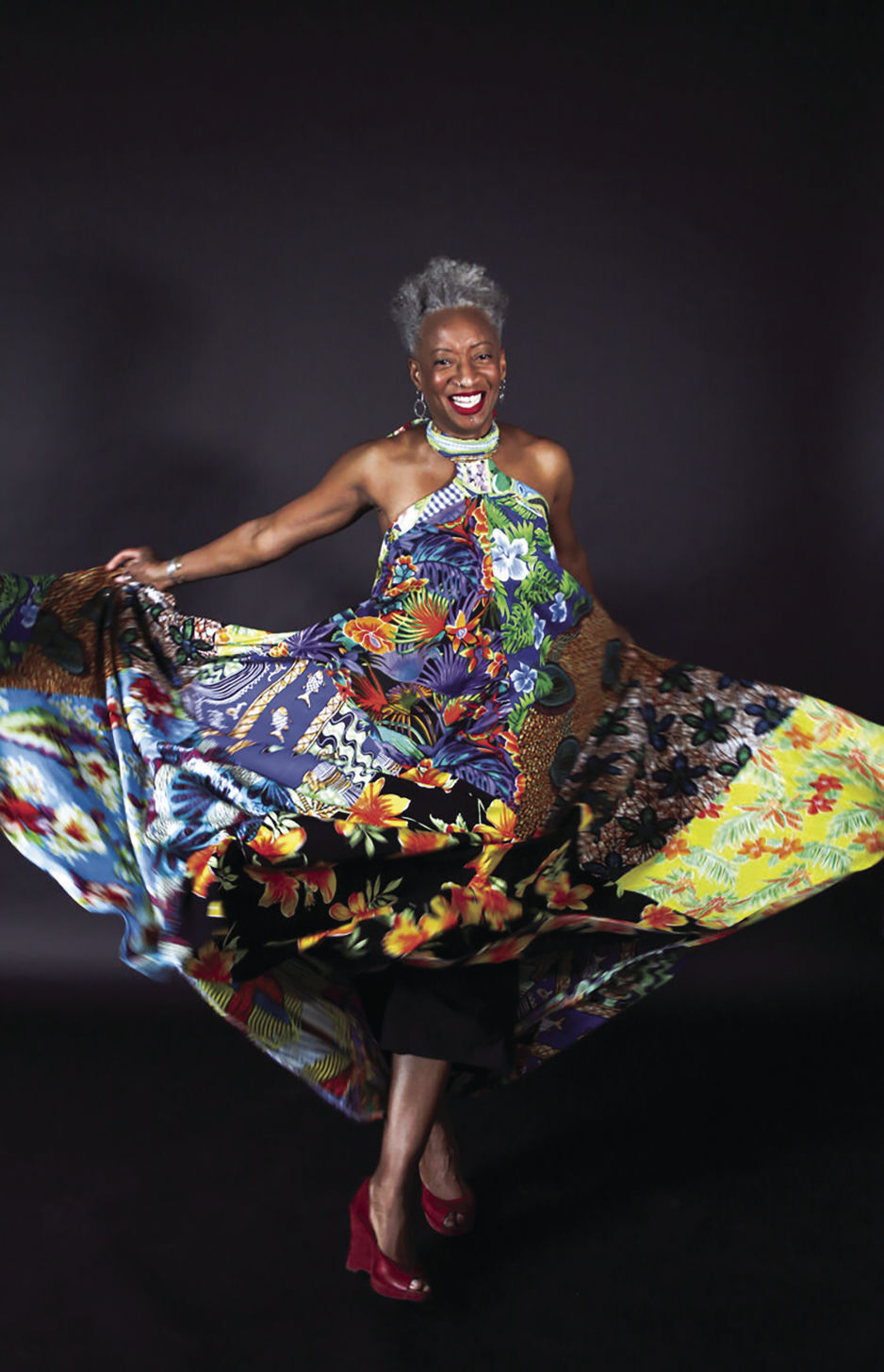 Choreographer and performance artist Cynthia Oliver, who was raised in the Virgin Islands, has been awarded the prestigious U.S. Artist Fellowship, one of 60 artists across the nation and only five in the area of dance.

Choreographer and performance artist Cynthia Oliver, who was raised in the Virgin Islands, has been awarded the prestigious U.S. Artist Fellowship, one of 60 artists across the nation and only five in the area of dance.

Although she has been dancing since age of 5, performer and choreographer Cynthia Oliver never thought she would make a career out of it.

Decades later, Oliver has been recognized for her contributions in the dance field as a 2021 U.S. Artist Fellowship recipient, one of 60 artists across the nation and only five in the area of dance.

Born in the Bronx, N.Y., Oliver grew up on St. Croix and attended St. Dunstan’s Episcopal High School. In her teen years, she danced for Caribbean Dance for their inaugural year, but always thought of dance as a hobby, thinking she would pursue a career in the visual arts instead. College recruiters convinced her dance could be an avenue towards her further education, and she accepted a scholarship at Adelphi University in New York.

“I ended up really falling in love with dance and taking it on as a career,” Oliver said. “I graduated and immediately started auditioning and got jobs right away. I was off and running, touring the world.”

The thought of choreography was far from Oliver’s mind, preferring to be the vehicle for someone else’s vision. When she and a group of fellow dancers created a collective, she created a solo piece as part of a variety evening. After seeing her work, the director of the theater encouraged her to create a full evening of work of her own. She completed her first evening length piece in the mid 1990s called “Death’s Door,” which won a New York Dance and Performance Award.

Oliver’s interest has always been Black life in the Caribbean, and it figures prominently in her work.

“I love who we are and what we do and how we express. There’s a voice in it that’s very distinct,” she said. “The story, the cadence of our storytelling, gestures, all kinds of movement qualities, the way people walk and stand and signal to each other — I like to pull all of that into my choreography.”

Taking a break from touring, Oliver decided to go back to school, completing her master’s degree and PhD in performance studies at New York University.

For her doctoral dissertation, Oliver conducted much of her research on St. Thomas while staying with family, and published a book about pageants “Queen of the Virgins: Pageantry and Black Womanhood in the Caribbean.”

“One of the things that was misunderstood about that book was that I was pointing to the fact that there are European standards of beauty that we don’t necessarily care about,” she said. “I was really happy to see that women that were considered heavy or differently examined elsewhere are seen as beautiful to us and we have our own standards and we uphold them no matter what. I was really proud of that.”

Toward the end of the 1990s, when she had almost completed her coursework, one of her former teachers asked if she would be interested in teaching at the University of Illinois Urbana-Champaign. More than 20 years later, she is a professor of dance and is associate vice chancellor for research and innovation at the university.

“I didn’t expect to go into a conventional relationship with a university, but it has proven to be really freeing,” she said. “I’ve learned to love my teaching and to experiment with that, and this place has given me the freedom to do that. They see the research that goes into artistry and I think this particular institution is quite special in that way. There are a number of really world-class artists here who I am in community with that I really respect and appreciate.”

Oliver is one of 60 USA Fellows for 2021, the largest class in the foundation’s history. Created in 2006, the United States Artists organization has awarded more than 600 artists and cultural practitioners in 10 disciplines with more than $30 million of direct support. Each fellow receives an unrestricted $50,000 cash award.

“This award was a really special moment for me, in these dark days of COVID, to have a bright spot and feel acknowledged and know there are folks in my field who recognize my practice,” Oliver said. “It’s a nomination-only award, so if you get the call, you know it’s because someone thought highly of your work and gave them your name.”

Rather than presenting her work on Zoom or other social media platforms, Oliver plans to wait out the COVID restrictions before committing herself to a project funded by the fellowship. One possibility is revisiting a work she started in 2019 called “Tether,” an Afro futurist dance that looks at the African-American childhood practice of Double Dutch as its foundational rhythmic structure and as a metaphor for life lessons, how you enter and exit something and how you have to stay in time or create your own rhythm on top of something else that’s operating with or without you.

Another project under consideration is a dance film based on one of her ancestors who was a slave on the Longford Plantation on St. Croix. She is also conceptualizing a second book on experimental dance and the performance trajectory that was taking place in New York in the 1980s and 1990s.

“I’m not a prolific choreographer,” she said. “I’m not one of those people that makes new major works every year. It takes me a long time because I need to percolate on something and do some of the research for it. I’m due for a sabbatical in another year, so it may all just sit there on the back-burner and whatever kind of floats to the top by the time I’m ready to take that on, will be the project.”