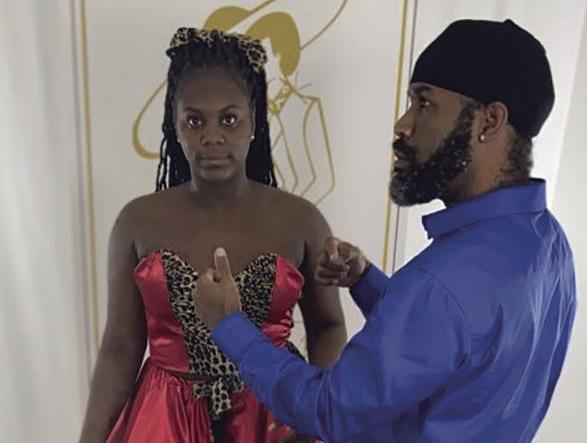 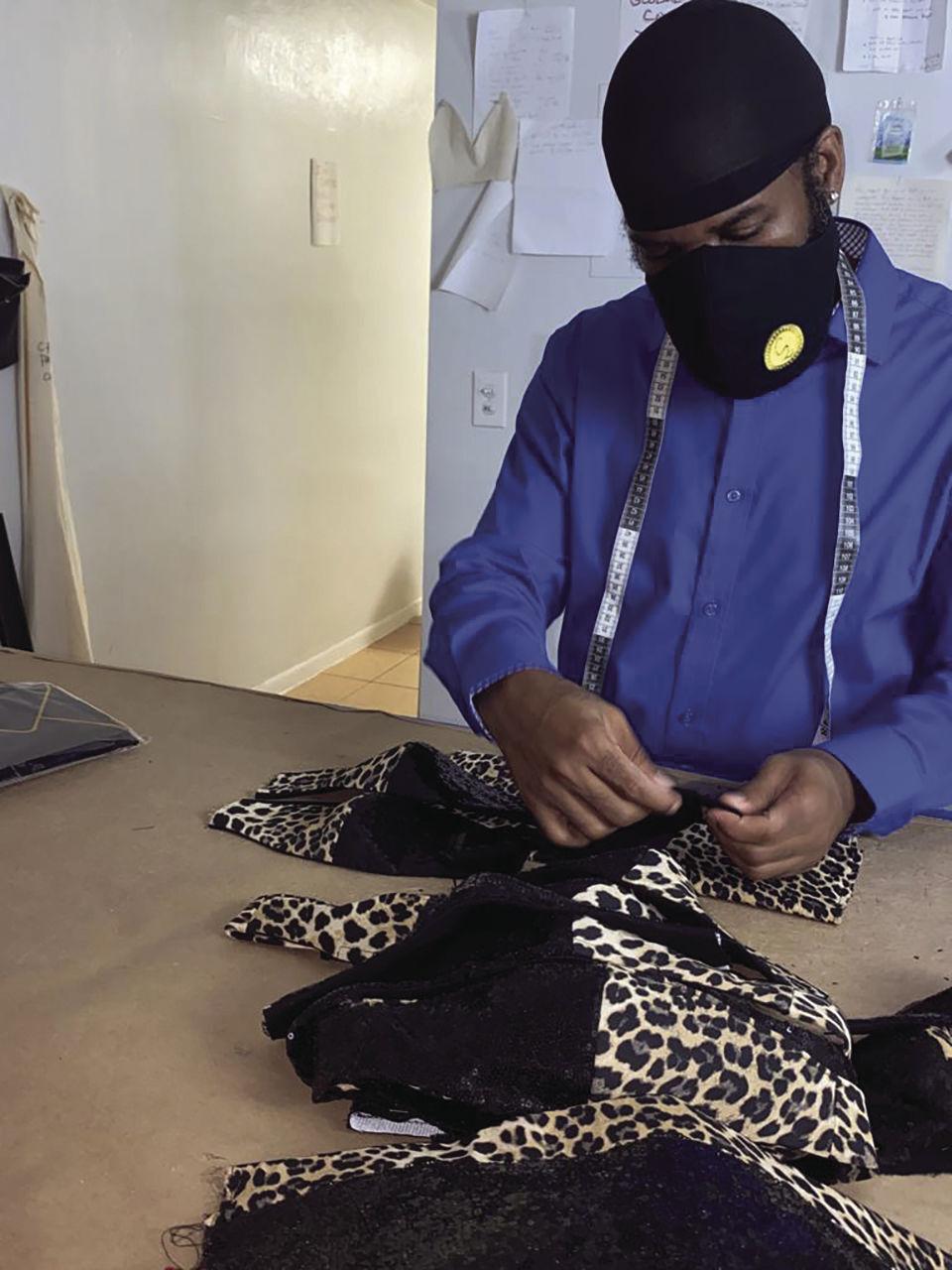 It’s been a long walk down the runway toward success, but fashion designer Curtis Callwood is finally poised to make his dreams a reality with Callwood Couture.

Originally from St. Thomas but raised on Tortola, Callwood has had a lifelong passion for design.

“It is a God-given talent. We are unable to escape what our destiny is in life,” he said recently. “Growing up in a family with many women who took so much pride in dressing, I’ve always wondered how I could one day be able to use my gift to contribute to making other women look good and feel good.”

While in high school in the BVI, it was the norm for girls to take home economics and boys to take something more technical, but Callwood had other ideas.

He approached the school administrators about his interests and persuaded them to let him take the home economics course.

“They basically gave me a trial period to see if I would excel and they were overwhelmed with my progress because the feedback that I was getting from most of my teachers was that I made a lot of the girls look bad with the caliber of what I produced,” Callwood said. “I don’t know what it’s like now after all these many years, but just knowing that I was able to change up things a bit, that was a great feeling, to encourage others to follow their passion.”

Callwood’s first major project was making an outfit for his mother to wear to his graduation in 1996 from what was then the British Virgin Islands High School. After graduation, he moved to St. Thomas and worked with William “Champagne” Chandler at the Champagne and Roses Model Agency. He worked as the wardrobe designer and Chandler’s assistant. It was through the agency that he launched his first collection in 1998, the Purple Collection, which was featured in Flair Magazine in 1999. The latter was founded by former Daily News Creative Ad director and four-time V.I. Calypso Monarch Louis Ible Jr.

While still in school, Callwood worked on a large Caribbean fashion expedition to promote the British Virgin Islands and provide an opportunity for local talent.

“I approached many people in the industry,” he said. “I have a friend who is actually a celebrity photographer and he was able to confirm with an industry magazine and he had models coming.”

He added there were “many affluent people who I got in contact with who were just so excited about the idea of coming to the islands and having the swimsuit magazine do a feature with local models as well as celebrity models, but at that time BVI didn’t see it as something that would benefit the country, so they turned it down.”

“It was devastating. But everything happens for a reason and I was able to learn a lot from that experience,” Callwood said.

He said he found the courage to continue when there were setbacks close to home. His mother, brother and their cousin were always there to provide support.

Callwood also credits his mentor Sir Gregory Brown of Sir Gregory’s Design and being in the right place at the right time. The two met while Callwood was assisting on a project for Anthony Williams, winner of the 2018 Project Runway All Stars. Williams offered encouragement to move forward and stay in the fashion game, and Brown, whose business is based in Atlanta, was instrumental in his development and “further instilled the art of perfection and my love for couture.”

From Atlanta, Callwood moved to Florida, where he currently resides, and enrolled in the Australia University program where he completed a master’s degree in 2018 in international business to merge the business aspect with his craftsmanship.

Since graduation, Callwood has been preparing to take the big leap into business. He’s been “working on odds and ends,” investing in equipment and materials needed to get his brand up and running and turned his home into a studio. On his 42nd birthday, Callwood celebrated by forming the company he’d been talking about for years, and is now officially owner and founder of Callwood Couture, LLC.

To start, Callwood is revamping a line that he designed in school dubbed Caribbean Blue that he describes as an elegant, sophisticated line using all the elements of the tropical region and V.I. cultural heritage.

The up and coming brand will also include a line of fashionable face masks and a Cherel Angel clutch purse collection named after his mother. The collections will be available in the near future.

Callwood said he plans to add a social element to his work. His ultimate dream is to travel the world to help those less fortunate and connect with people from Africa and other parts of the world, and incorporate their rich cultures in his designs.

“My mantra has always been that beauty is unique and comes in a variety of colors, shapes and sizes,” he said. “I think we are all created beautifully, we are all equal, so I’m trying to send a strong message with my brand of positivity to create a positive movement. I don’t say that’s what I’m trying to do; that’s what I’m going to do. I want to create a brand that is going to be a legacy.”