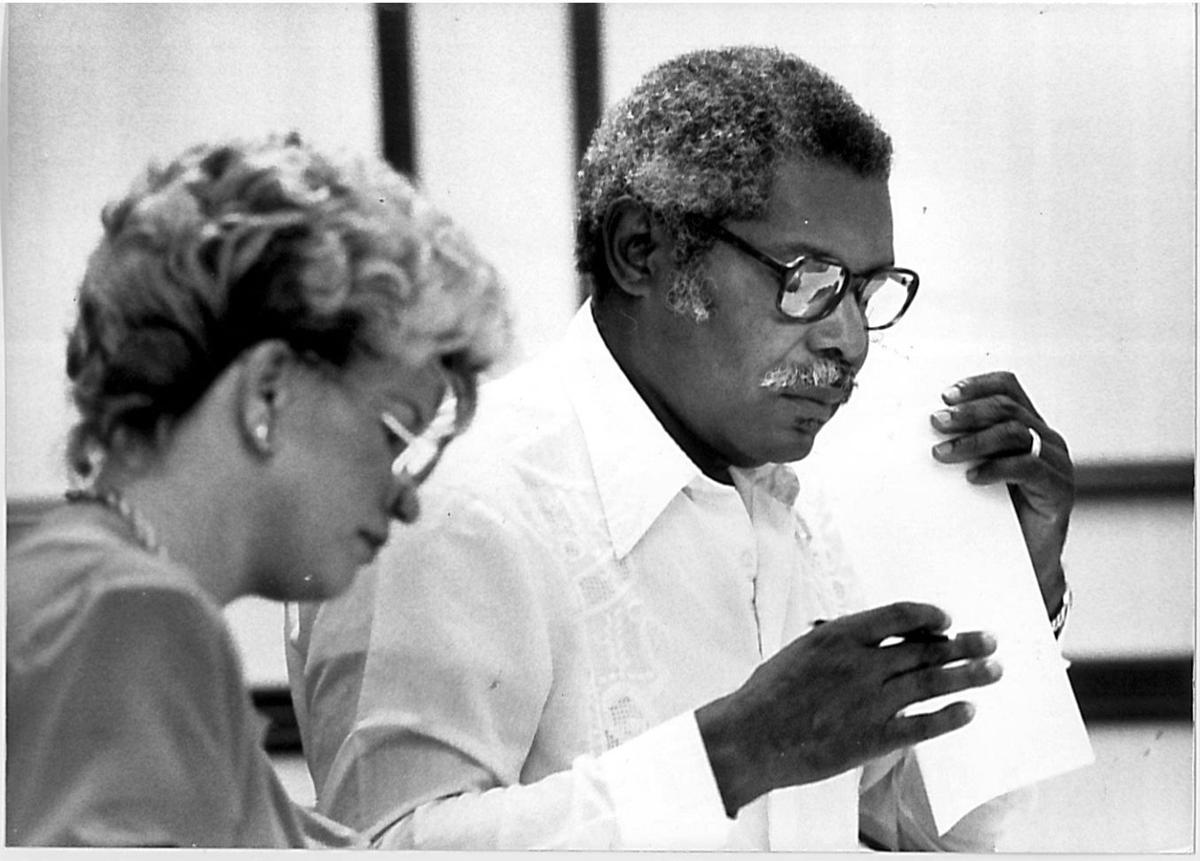 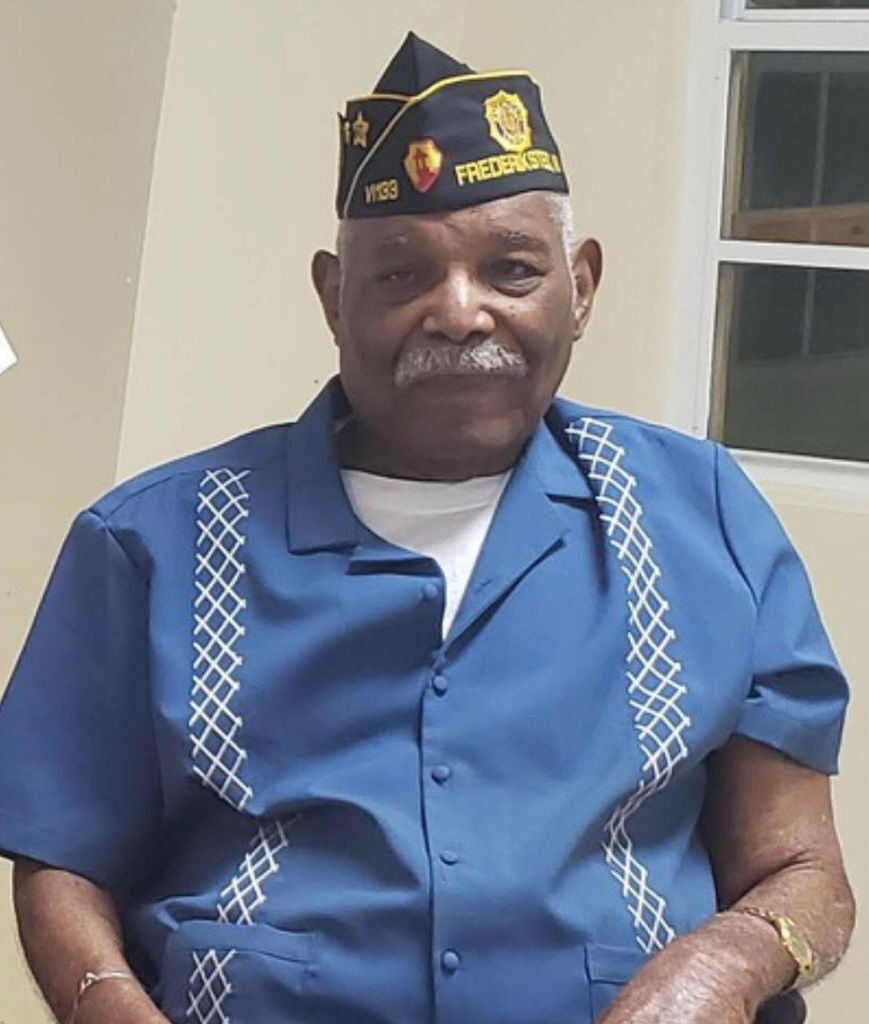 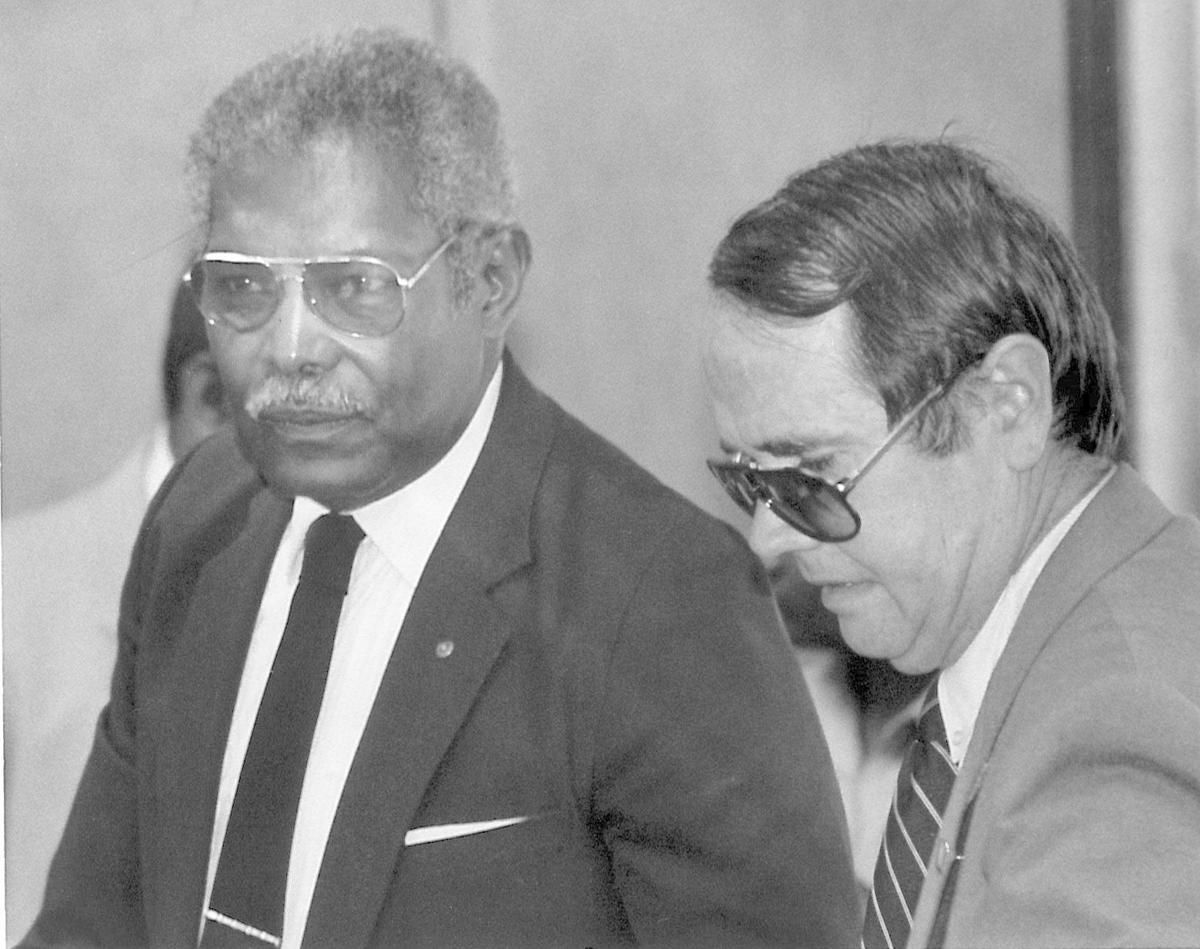 Sen. Edgar Iles, sworn in to the 17th Legislature, is welcomed by many senators, along with fellow St. Croix Sen. Holland Redfield, left. Iles died Saturday on St. Croix at age 93. 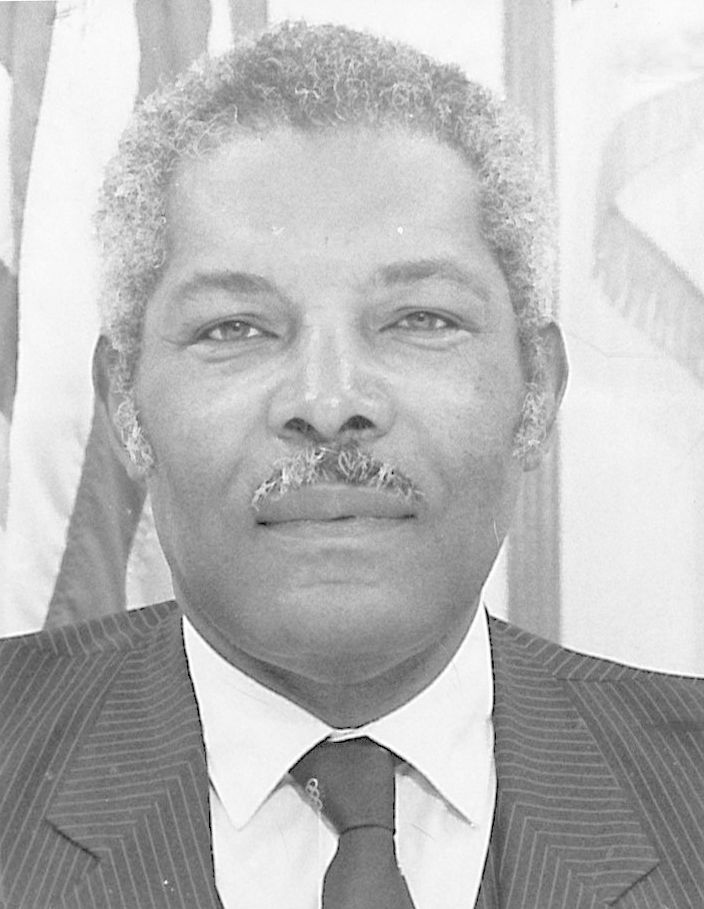 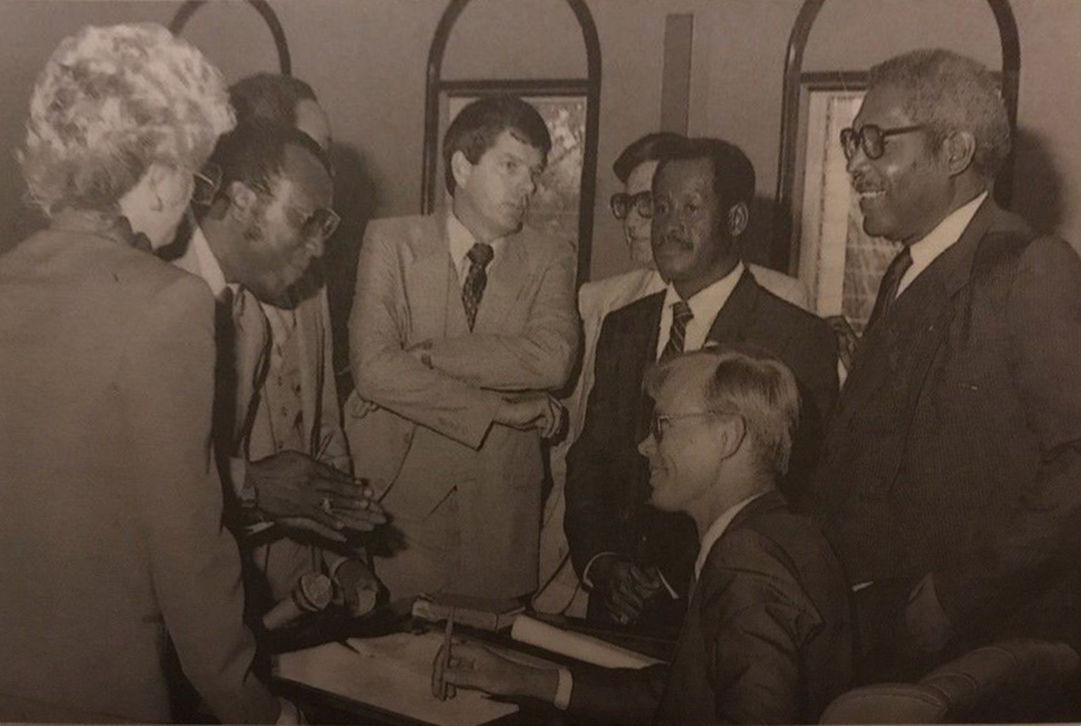 Sen. Edgar Iles, sworn in to the 17th Legislature, is welcomed by many senators, along with fellow St. Croix Sen. Holland Redfield, left. Iles died Saturday on St. Croix at age 93.

“He would always have your back.”

That’s how former Sen. Edgar Iles is remembered by his daughter Juanita Iles.

The family patriarch died Saturday on St. Croix. He was 93.

“A very loving and supporting father to me, a loving grandfather to his grandchildren,” she said.

Iles, who served as a senator from 1981 to 1985, was also fondly remembered by daughter Kisha Iles.

“I lived in New Jersey, and he always called me to check in on me, or would come to visit me. He never made me feel like he was far away,” she said.

Although the former senator was born in New York, he moved to St. Croix with his family as a young boy and made it his home.

Iles worked for 40 years with the V.I. government, as director and assistant director under what was previously the Housing, Parks and Recreation Division.

“I think his passion was the children of the Virgin Islands, sports, parks and recreation,” former Sen. Alicia Hansen said. “Many adults today can attest to his commitment in keeping them on track during their childhood years, and turning many around in the right direction.”

Hansen, who served 11 terms as a senator, began her political tenure as a campaign manager for Iles.

“Edgar can be remembered for his soft but very firm voice,” she said.

He was known to hold quadrille dances during his campaigns.

“Dancing quadrille with him is one of my most significant memories,” Kisha Iles said. “He encouraged us to participate in Virgin Islands culture throughout our lives.”

Her sister Juanita also recalled the impact their father had on the St. Croix community.

“We took a lot of drives together. He would pick me up to go somewhere. We would really drive around the island, and it was not only for me, my friends could tag along with us,” Juanita Iles said, adding that left an imprint on others.

“It wasn’t just his kids that looked up to him, but other kids in the community as well,” she said. Iles also served as the president of the V.I. Olympic Committee for almost 25 years, and worked to get local athletes from the Virgin Islands to national and international games.

“He loved to travel. He went to Australia for the Olympic Games; saw the Games in Munich, Germany, during a very politically charged time. He went to Cuba and spoke to Fidel Castro through a translator. He’s been all through the Caribbean and South America, either with Rotary or for the Olympics,” Kisha Iles said.

The former senator was an active Rotarian, and was a member of Rotary West for more than 50 years. He also served as district governor of Rotary Club District 7020, which comprises a number of Caribbean islands, including the U.S. Virgin Islands.

“Former Senator Iles epitomizes the Rotary motto of service above self,” Senate President Donna Frett-Gregory said in a released statement. “He was also a fine example of a leader who always maintained a calm demeanor while getting the work done.” In 2020, he was honored by receiving a lifetime achievement award from Rotary Club.

Kisha Iles recalls that her father and another Rotarian took a small, jet-propelled plane to deliver medical supplies to Haiti following the 2010 earthquake.

“He was a humanitarian at heart, always wanted to help those in need,” she said.

As a Korean War veteran, Iles was also a member of the American Legion.

“St. Croix, particularly the Frederiksted community, has suffered a great loss in the passing of Edgar Iles,” V.I. Delegate to Congress Stacey Plaskett said in a released statement. “In the words of one of his sons, he was a true statesman.”

Hansen, a family friend, said Iles will be missed.

“To his wife, children, other family members, friends and all his past colleagues, I offer my sincerest condolences,” she said.