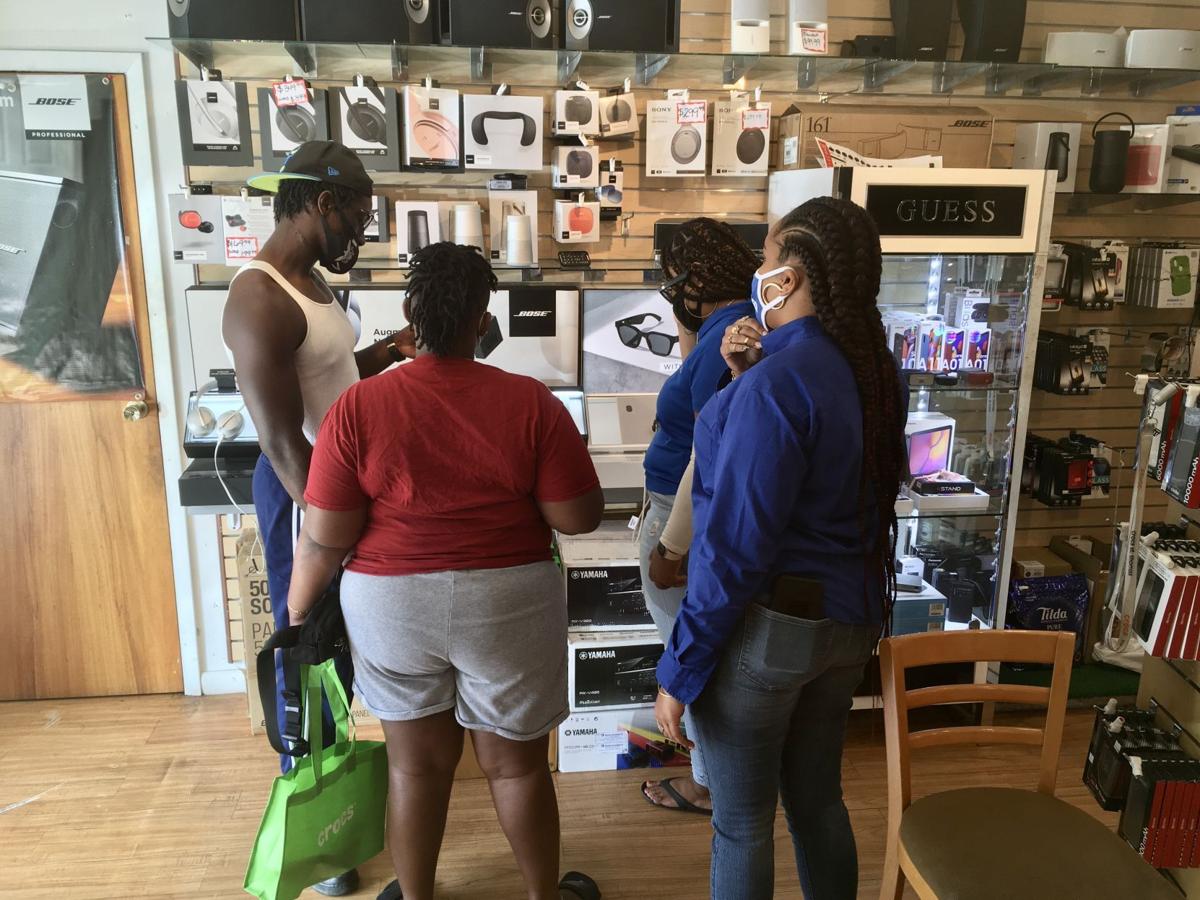 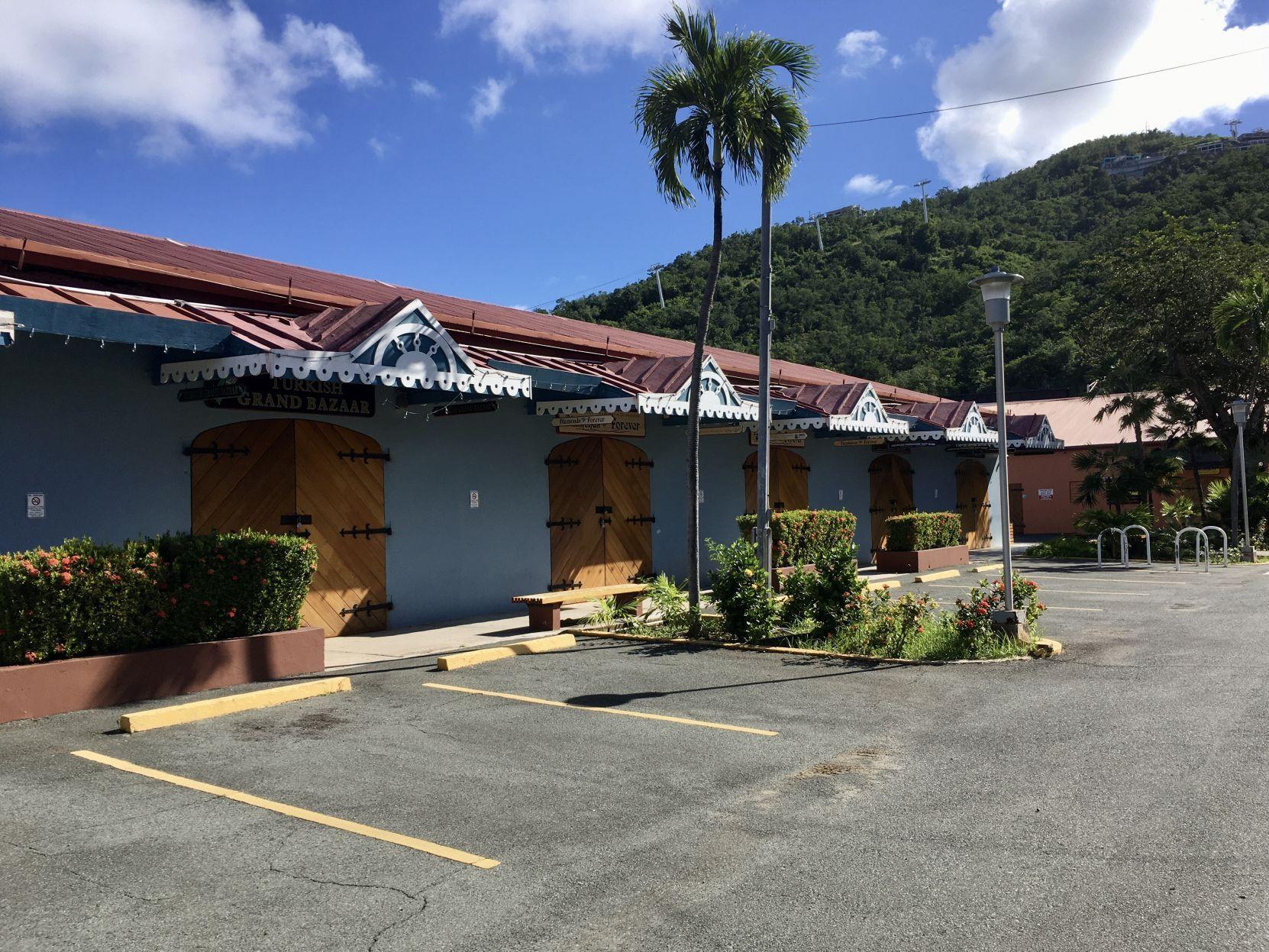 Businesses throughout the territory have been struggling to survive during the ongoing COVID-19 pandemic, and the majority of retail shops in Havensight Mall on St. Thomas remained closed on Black Friday. Located adjacent to the West Indian Co. dock, the shopping area is largely reliant on the cruise industry, and it remains unclear when ships might return.

Businesses throughout the territory have been struggling to survive during the ongoing COVID-19 pandemic, and the majority of retail shops in Havensight Mall on St. Thomas remained closed on Black Friday. Located adjacent to the West Indian Co. dock, the shopping area is largely reliant on the cruise industry, and it remains unclear when ships might return.

While Black Friday shopping was more subdued amid the ongoing coronavirus pandemic, deep discounts and light crowds convinced many to venture out in search of deals.

Manager Robert Evangelista said he wanted to keep customers as comfortable and safe as possible, and while there were a smaller number of shoppers than in previous years, a steady stream had been coming in since they opened at 8 a.m.

Black Friday can be a long, hard day for retail workers, and “I tell them just to have fun,” Evangelista said.

Many shoppers were looking for deals on computers, printers and other electronics, and Evangelista encouraged those in need of home office equipment to “come and shop, we’re here to help.”

In line outside was Michele Baker, who said she typically shops online after Thanksgiving, but decided to visit some brick-and-mortar stores this year because of the much smaller crowds.

“With most people staying home, I can see what I’m buying, instead of ordering online,” Baker said.

The next in the queue, Alex Nisbett, said she was shopping for a computer desk, and “I want to see how big it is,” and judge pieces in person rather than buying online based on measurements.

At Island Linen, the store opened at 6 a.m. offering as much as 60 percent off merchandise.

Shoppers, however, had two days including Thanksgiving Day to take advantage of deals on most merchandise from bed and bath and home decorations to appliances that included air fryers and juicers. An ironing board priced at $59 was discounted to just under $24, and braided straw rugs that once were priced at more than $100 were placed on clearance for $9.99. Owner Haytham Abdallah said his store’s offering of Black Friday deals two days early — and staying open throughout Thanksgiving Day — was merely a sign of the times.

“Because of the coronavirus we decided to space it out so we don’t get a a big crowd Friday,” he said on Thanksgiving night.

Sales between Wednesday and Thursday was “as usual since the pandemic.”

“Even with corona, traffic, it was OK because we have items customers are looking for — Dettol, sanitizers, house cleaning stuff, Clorox wipes,” Abdallah said of sales.

The store, which was opened from 8:30 a.m. to 8 p.m. Wednesday and closed an hour earlier on Thanksgiving night, will continue its late-hour operation through January. It normally closes at 6. Sales were “on and off like most other businesses,” Abdallah said Thursday night.

“We expect to make good sales because customers have been waiting for Black Friday, and not many know we started the day before,” he said.

In anticipation of doing more business on Friday, Abdallah said he was bringing on an additional four sales people to beef up the eight normally on staff. In Red Hook Plaza on the East End, Caribbean Surf Co. was doing brisk business with 75% off sandals, swimwear, clothing and accessories.

While East End retail shops have been buoyed by resort tourists, as well as travelers passing through to St. John, many downtown stores are suffering without cruise ships.

Caribbean Surf has three locations, and the Main Street store remained closed for renovations while the Havensight location welcomed in customers Friday morning.

The store closed for Thanksgiving and reopened Friday morning, allowing only 10 customers inside at a time. Ortega said that while foot traffic is nearly nonexistent without cruise ships, locals have been coming in eager to snag pieces at a fraction of their usual price, and a 50% off sale continues today.

Cardow jewelers on Main Street is offering discounts up to 50% on selected items through Dec. 25. AT&T, Viya, Cost-U-Less, Kmart and Carlos Furniture, with locations both on St. Thomas and St. Croix, as well as Gallows Bay Hardware in Christiansted — with deals advertised through Sunday — offered discount specials. Save N More and Plaza Extra in Tutu also advertised Black Friday deals.

Black Friday business has been “better than any year that we’ve had,” manager Makema Carty said. “I have no idea, but maybe people are saving their money.”

Founded in 1970 on Main Street, the store has been in Havensight for more than 20 years, and sells a mix of computers, electronics, speakers, and cameras and photography equipment — all items traditionally sought-after as Black Friday doorbusters.

Carty said that many families haven’t been spending money on vacations or other expenses because of the pandemic, and are instead buying items that make lockdown more bearable, like home office equipment, gaming consoles, and entertainment centers.

Portable Bluetooth speakers have been one of the hottest sellers as families head to the beach for socially distanced recreation, Carty said, and some items are being sold below cost to entice customers out to shop. She said sales will continue throughout December as supplies last, and the store now offers online ordering through the website Boolchand.com, as well as curbside pickup.

Customers Syerrah Saddler and Dwight Ferguson took advantage of the store’s Black Friday discounts to pick up a speaker, laptop, Playstation, and a pair of Crocs, another of the store’s offerings.

The lure of Black Friday is simple, Saddler said: “You get more for the same price.”

Carty said that in the spring, the store saw a boost from its annual sales of big-ticket electronics to cruise ship crew returning home to countries like the Philippines.

Since then, they’ve been riding out the pandemic thanks to a loyal customer base.

“The locals are keeping us afloat,” Carty said.