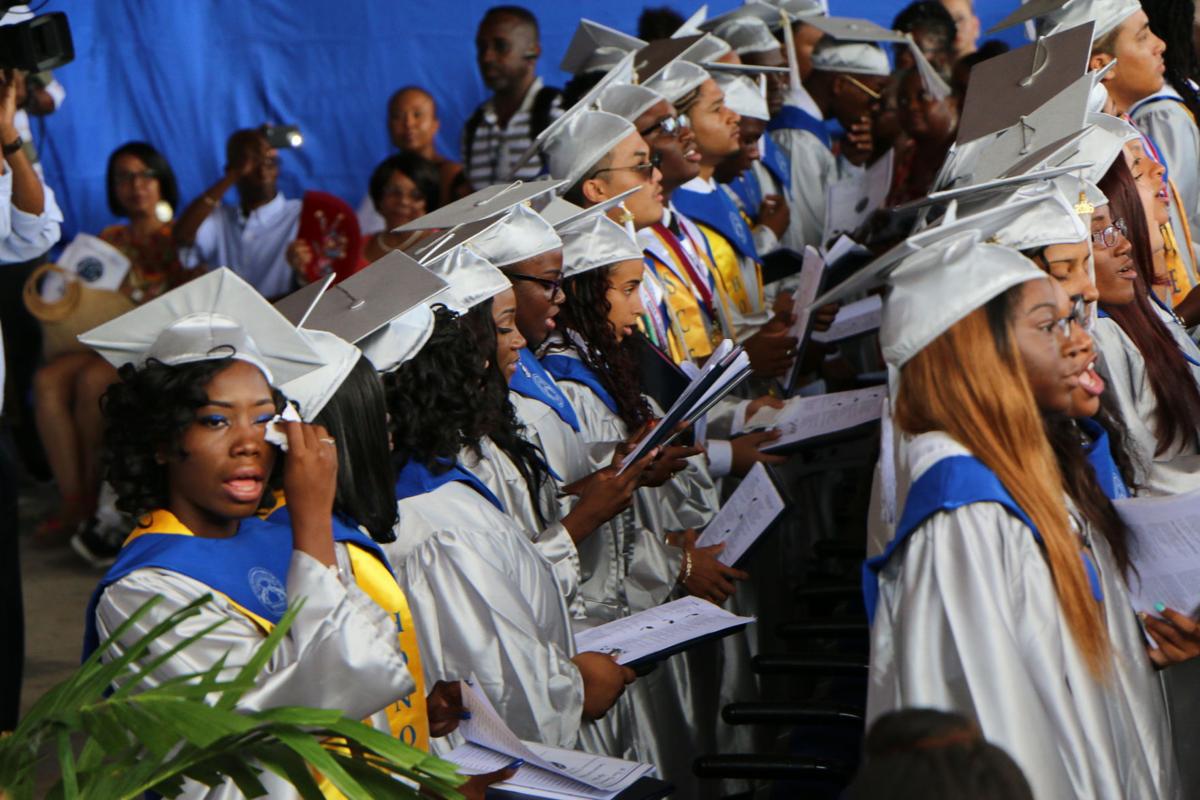 Members of the St. Croix Educational Complex Class of 2016 shed tears as they sing the class song during commencement ceremonies Thursday at Island Center for the Performing Arts. 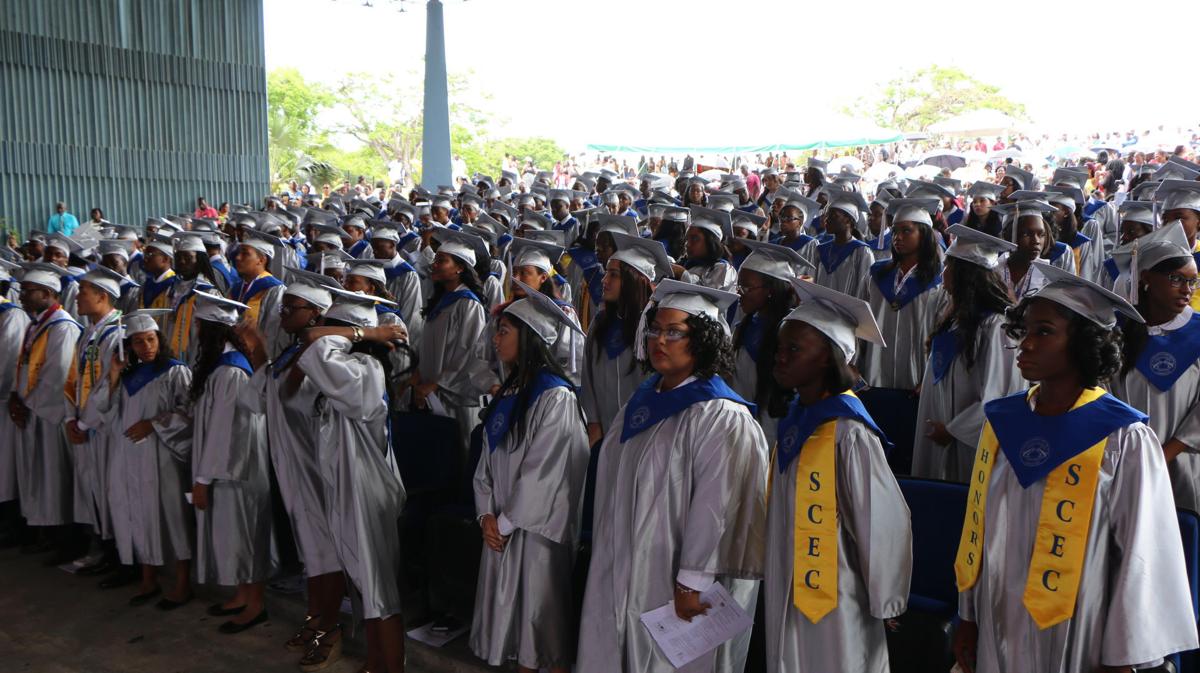 A total of 209 graduates received their diplomas during the Commencement Ceremony. 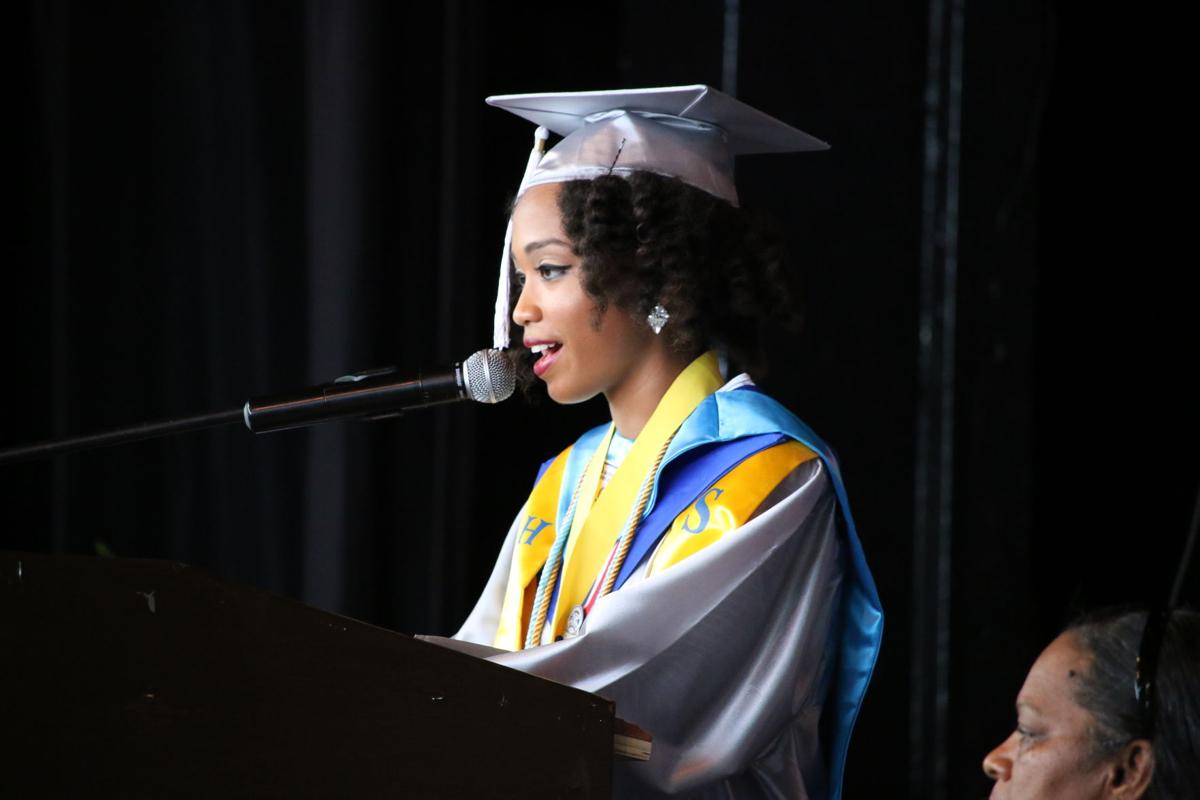 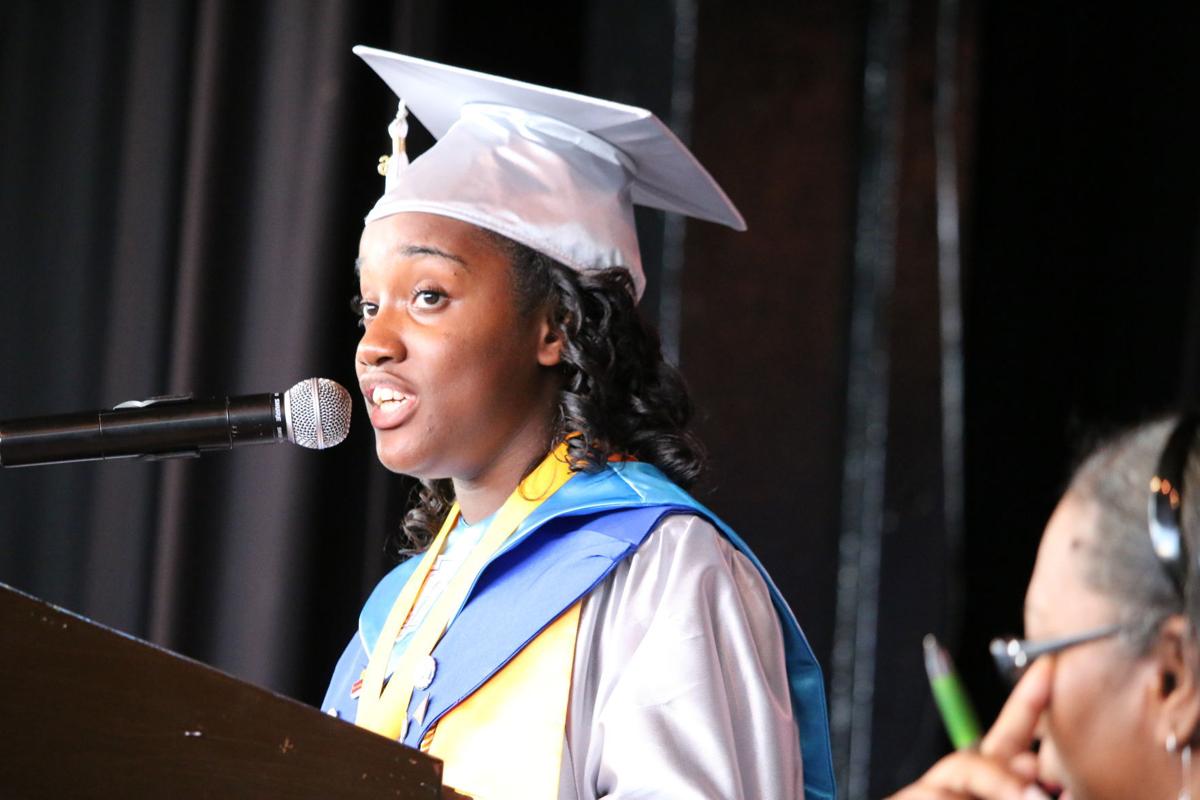 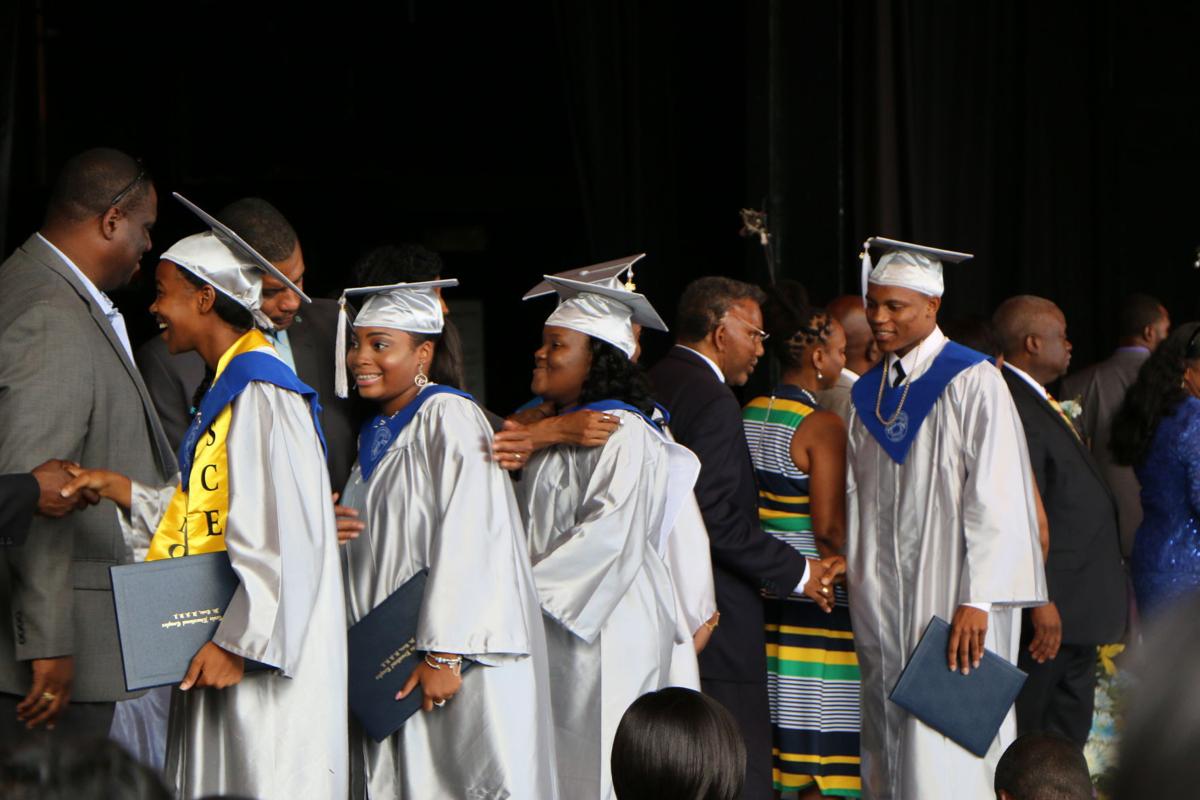 Smiling grads cross the stage after receiving their diplomas as they are greeted by the dignitaries.

Members of the St. Croix Educational Complex Class of 2016 shed tears as they sing the class song during commencement ceremonies Thursday at Island Center for the Performing Arts.

A total of 209 graduates received their diplomas during the Commencement Ceremony.

Smiling grads cross the stage after receiving their diplomas as they are greeted by the dignitaries.

ST. CROIX — The crowd spilled out from the amphitheater and spread onto the bleachers of Island Center for the Performing Arts on Thursday morning, awaiting the St. Croix Educational Complex Class of 2016.

“You have conquered many challenges. Let your heart guide you in everything that you do,” Principal Genitta Richards told the 209 students of the 21st graduating class.

“I am humble, yet beaming with pride,” said Valedictorian Cariece Browne as she spoke about her transition from private to public school and gave recognition to her parents, Maurice and Carolie Browne, asking them to stand.

Cariece encouraged her classmates to go boldly and to shine bright.

“God is our pilot. We will be flown safely and smoothly to our destination. We are indeed poised for success,” she said.

Cariece will attend Lincoln University in the fall with a full scholarship and plans to major in biology. She credits all of her success to being a devout Christian.

“The hard work, commitment and sacrifice has paid off,” said her father.

Salutatorian Shideya Parrilla reminisced about the times she and her family sat on the hill at Island Center and listened to former valedictorians and salutatorians, and said she knew that someday she would be one of them, speaking at her own graduation.

Acknowledging her parents Eddie and Sophia Parrilla in the audience, she called them her flashlights. She challenged her classmates to “take what you have and cultivate it. The Class of 2016 is powerful. We take the envelope and push it away. Our power, our strength cannot be contained.”

“It’s been a hard four years,” she said. “There has been a challenge to my personal growth.” But Shideya said she believes the obstacles she faced showed her what she can overcome. “I can truly make it in this world and make it a better place,” she said.

The salutatorian plan to major in international studies at American University in Washington, D.C.

Keynote speaker Dr. Tashima Lambert is a product of St. Croix Educational Complex, having graduated in 2006.

“Know who you are and what you believe. Be friendly and approachable. People go the extra mile for people that they like,” she said. “Your existence is crucial to the world.”

Brothers Joquan and Jeremy Coker both are members of the Class of 2016. Both are basketball players and both have been accepted to colleges to play ball, they said.

Their mother, Cheryl Bailey Nicholas, said it’s been hard raising two boys as a single parent and she is proud that they both reached this milestone.

The ceremony also recognized the top 25 scholars of the Class of 2016.

, who were presented as the honors students of the “Poised for Success: The Bold, Brilliant, and Luminous Class of 2016.”