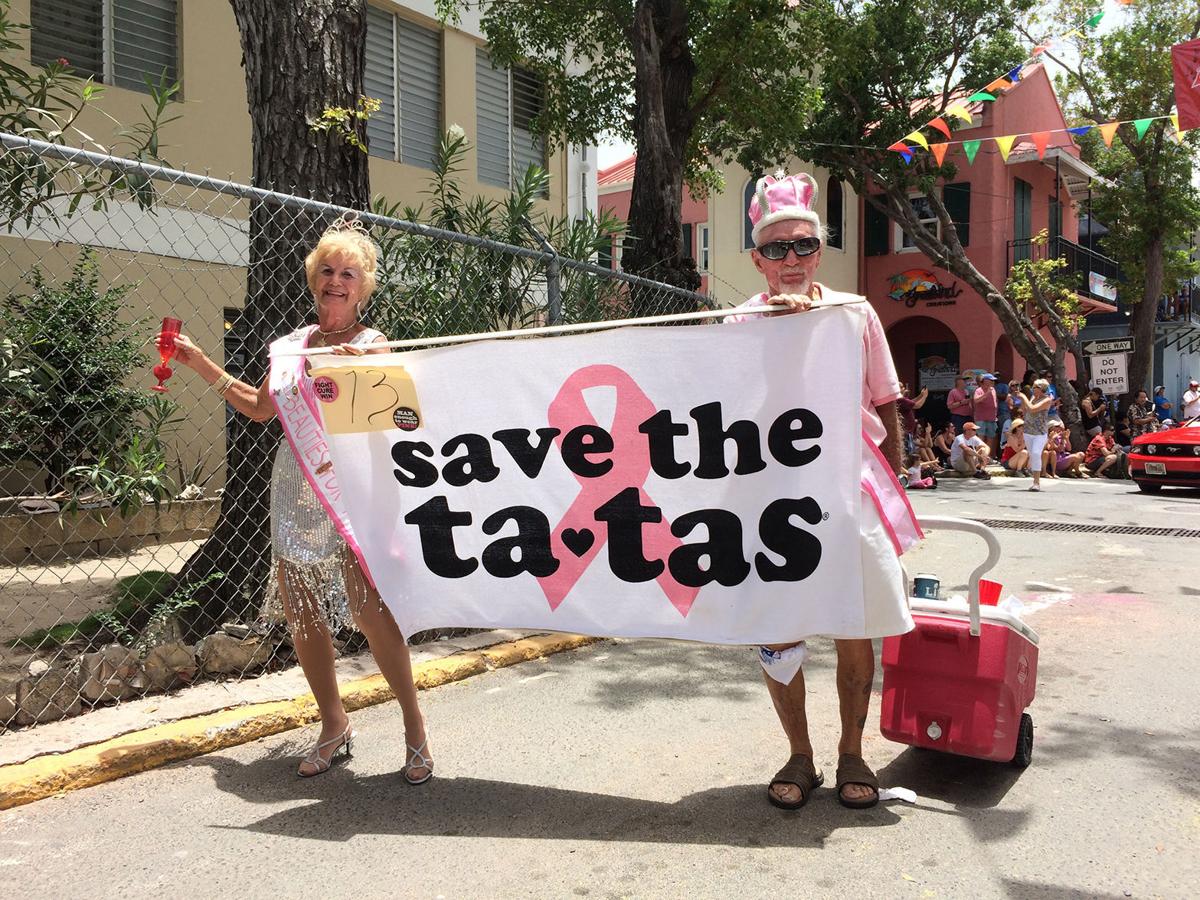 Carol Tuohy and her husband, Martin Tuohy, march as Beauties for the Cure and Real Men Wear Pink during the 2018 St. John Festival Parade. 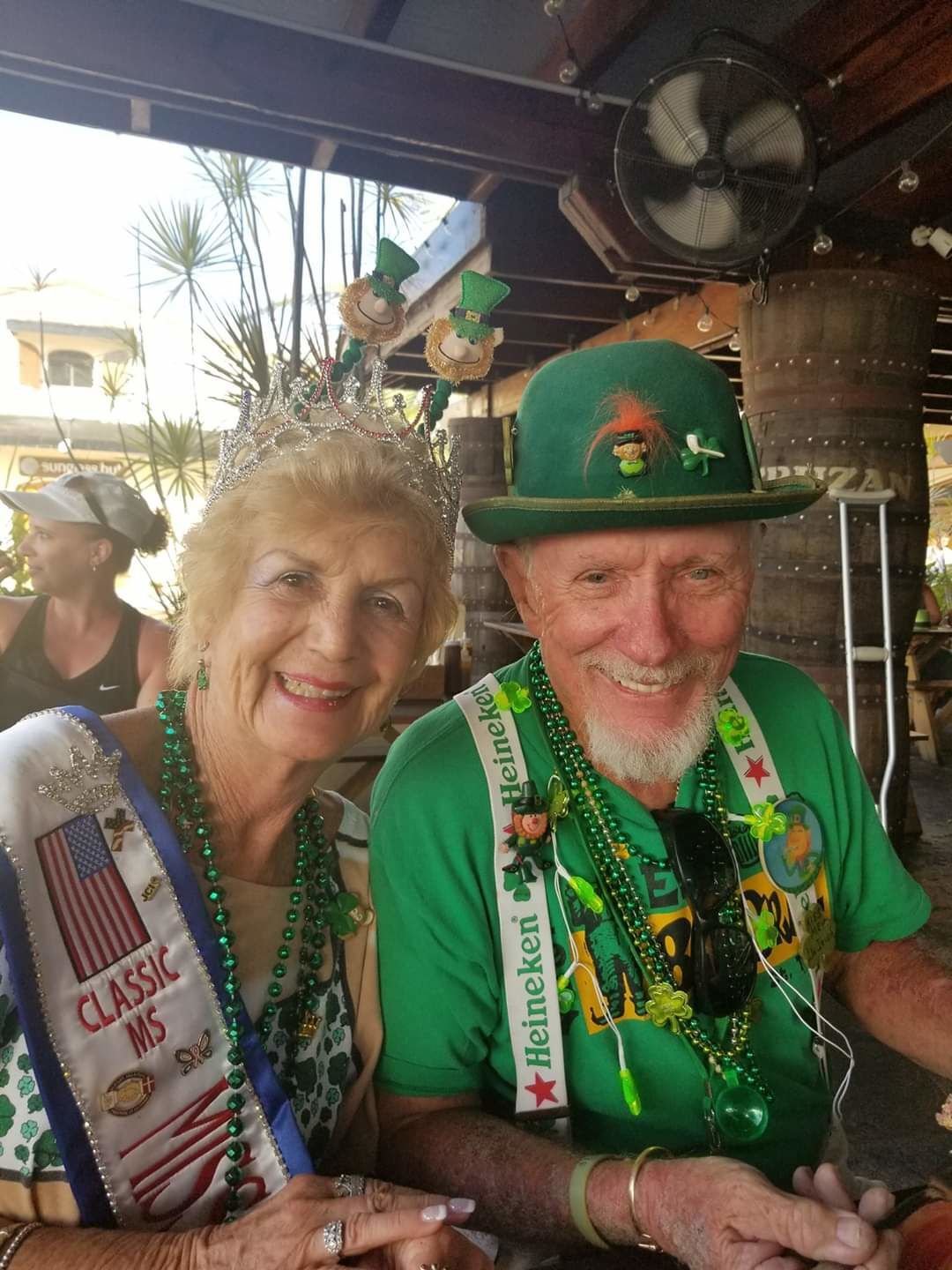 Carol Tuohy and her husband, Martin Tuohy, march as Beauties for the Cure and Real Men Wear Pink during the 2018 St. John Festival Parade.

Carol and Martin Tuohy were a couple who stood out in any crowd, easy to spot by their sparkly crowns and sashes.

The couple, who met through mutual friends, was married for 44 years.

Martin, also known as “Marty,” died May 5 at 83. Months later, he is being remembered by family and friends as a kind spirit with a love for holidays, pageantry and parades.

“I think Marty is really embedded in the spirit, head and heart with everyone he came in contact with. There is no forgetting Marty Tuohy,” Priscilla Lynn, a close friend of the Tuohys, said. “He was dynamic, youthful and had a great sense of humor.”

Marty, who was born in New Jersey, moved at an early age to Florida. As an adult, he and his wife relocated to St. Thomas in 1994.

“Marty was very outgoing, he would talk to everyone, and he never really had a bad word for anyone,” his wife, Carol Tuohy, said.

They were partners in love and life, owning Virgin Islands Diving Safaris.

“We had five safari buses, and we would take people from the cruise ships to Coki Beach to snorkel and dive. We did that for about eight years,” Carol Tuohy recalled.

Later in life, she said, Marty picked up a unique hobby: competing in pageants.

“Some people like to play tennis or golf, we like to compete in pageants,” Carol Tuohy said, adding that from age 18, she had been participating in pageants. Naturally, she began entering senior division pageants, typically for competitors 60 years and older.

Marty would often help his wife with her routines, and when pageant boards opened a senior men’s division, he decided to enter pageants as well.

“They had to do basically what the women did, wear an outfit to model, have an onstage introduction, a personal interview with the judges, a talent routine,” Carol Tuohy said.

Her husband’s love of pageants is among her favorite memories. She recalled one of his talent acts, during the Real Men Wear Pink pageant, which supported breast cancer survivors. As a two-time survivor of breast cancer, the cause is close to her heart.

“He came out in a mirrored bra and shorts, and a towel that said ‘Save the tatas.’ So he whipped off the towel and then he paraded around with his mirrored bra. He was in for anything. You couldn’t embarrass the man,” she recalled fondly.

“We went where the pageants were: Florida, Minneapolis, Connecticut, Massachusetts, wherever they were, that’s where we’d go,” his wife recalled.

The couple was also featured in two documentary films about senior pageantry, “Pretty Old” and “Ms. Senior Sweetheart,” and had the opportunity to travel to Germany and Australia for film premieres.

Outside of pageantry, the lovebirds kept busy, as they made public appearances, planned international trips and worked for the New Horizons charter boat company.

“If there was a cause, we would go in our crown and banner,” Carol Tuohy said. “We loved to do that.”

Marty affectionately called himself the “Super Go-for” for New Horizons, as he traversed the island shopping for supplies and completing registration paperwork, among other errands.

“He understood the importance of efficiency, and he did it all with a wink and a smile,” Lynn said of her friend. “People were always happy to see him.”

Marty was a Vietnam veteran and held the office of first vice commander of American Legion Post 90. He enjoyed the friendships of his fellow comrades and marched in parades with the color guard.

In addition to his wife, Marty is survived by two daughters and a son, as well as stepson and stepdaughter and many grandchildren.

Carol Tuohy said she was pleased with the life her husband lived.

“I was very proud of any pageants he won, and in his endeavors with the American Legion,” she said.