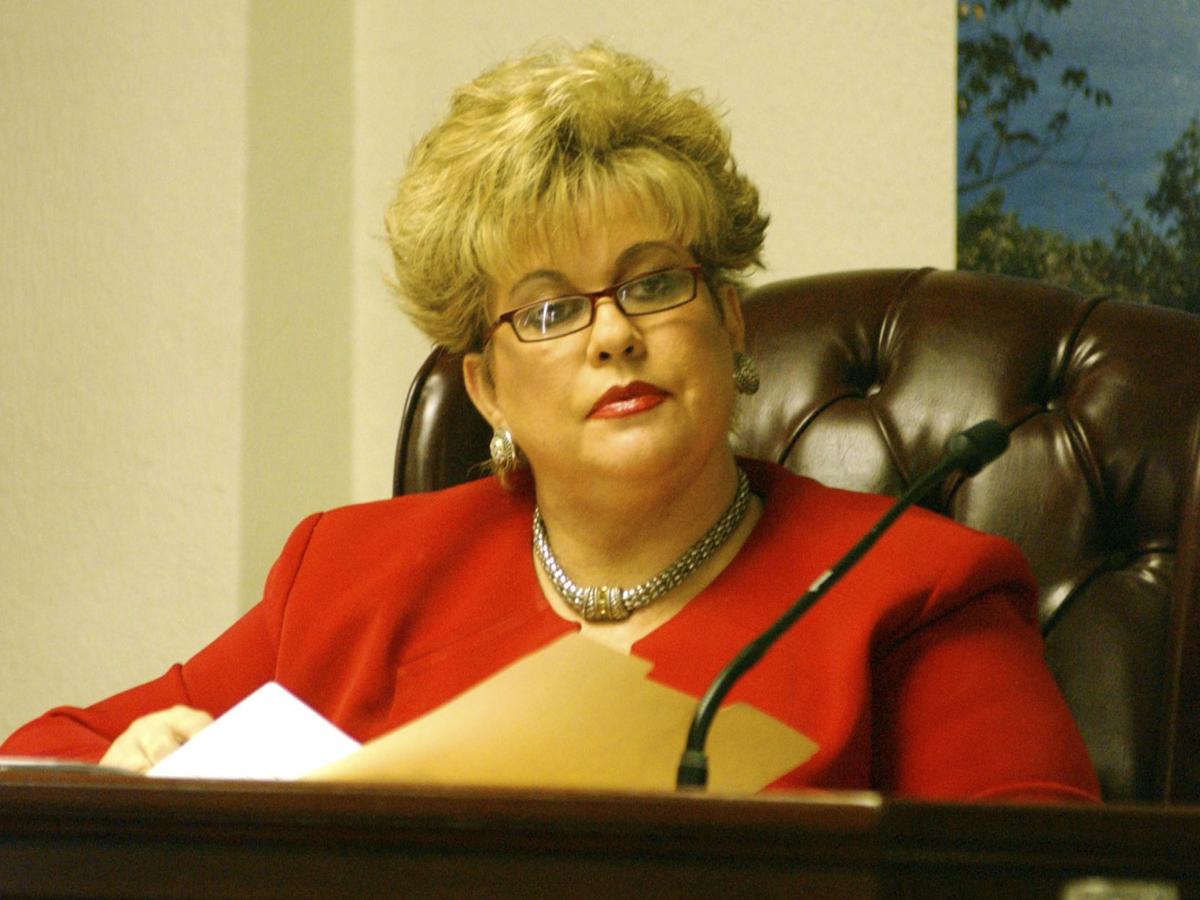 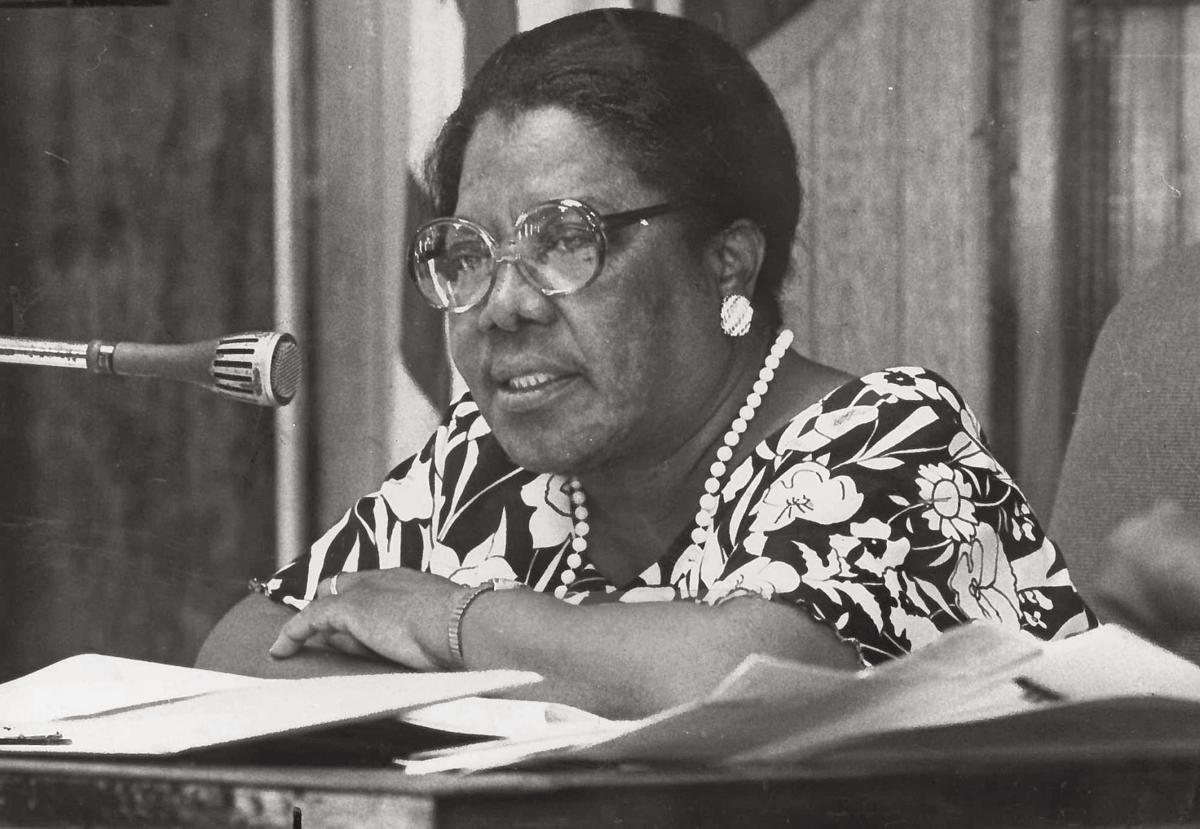 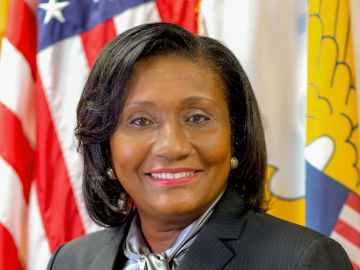 In its 67-year history, the V.I. Legislature has had three women serve as Senate president. They all have helped shape Virgin Islands politics.

Ruby M. Rouss of St. Croix was the first female Senate president. She was followed years later by Lorraine L. Berry of St. Thomas. The current Senate president, Donna Frett-Gregory, recently took the helm of the 34th Legislature. Together, the trio are among the multitude of women who have changed V.I. history — and V.I. politics.

As the territory observes both V.I. History and Women History this month, Berry and Rouss are being remembered by those who worked alongside them for having shaped laws that residents continue to benefit from, and how they themselves were shaped by their time in politics.

Frett-Gregory, who as a teen worked for Berry, recognizes the shoulders she stands on and recalls the inspirational force that led her to this day.

“I worked under Lorraine Berry’s tutelage when she served as the Finance Committee chair. She is someone I greatly admire,” Frett-Gregory said Monday. There were commonalities between the two women: their financial chops, their Democratic party affiliations, and a heart for families and children. But Frett-Gregory is proving her own woman with a penchant for legislation right out of the gate.

A heart for ‘the little man’

Becoming the first of anything takes moxie, and Rouss had enough to be the first of many things, including the territory’s first Senate president.

Born one of 13 children on Dec. 3, 1921 in Christiansted, Rouss signaled her drive and independence as a teenager when she moved to New York City to find education and career opportunities.

Enlisting in the Women’s Army Corps — the first V.I. woman to do so —she became an Army surgeon, learned languages and traveled the world. And, against a backdrop of Jim Crow laws, she was the first Black woman assigned to General Dwight D. Eisenhower’s command in Europe.

When she returned to St. Croix after 20 years of military service, Rouss worked for a time as the island’s first parole officer and dove into politics. A delegate of the Constitutional Convention of 1964 — the territory’s first — she helped draw up a Virgin Islands constitution with a bill of rights, including the right to vote for U.S. president.

A spirit of independence was in the political winds and found a kindred spirit in Rouss. Although she operated within the Democratic Caucus, she was not a “regular” Democrat, according to former Sen. Gilbert Sprauve, a University of the Virgin Islands professor emeritus who taught modern languages at the time, and would eventually come to work with her.

“There was a very tight organization between the legislation and the governor,” Sprauve remembers, “and I believe people were hungry to see a leadership that challenged the machine politics.”

Rouss saw an opening to try. While she lost her first run for the Senate by 59 votes in 1972, she won with more votes than any other candidate.

“There had been some women in the Senate before this,” Sprauve said. “But Ruby brought a whole new presence to that area. She had many admirers, but it went both ways.”

Along her journey, Rouss divorced, took in three foster children from the Queen Louise Home for Children, and is said to have adopted and raised five children in all –- on her own.

In 1981, with the 14th Legislature, she became the first female Senate president and the first Black woman to lead any legislature in the United States.

Rouss tapped Sprauve to join her coalition. Its ideas of reforming the education system and increasing job opportunities for young people challenged an ingrained, pro-business community, he says.

“There was the potential for treachery and double dealing. I don’t think Ruby ever slept with both eyes closed. The expectations for her to bring about change were high,” Sprauve said.

Rouss had to be more assertive than most because she was a woman.

“She was an exceptional woman who stood her ground. She made it known that she was not one to back down,” the former senator said.

Still, she was pragmatic.

When the second contract for the Hess oil refinery came before the legislature with what some felt was too little control for the territory, Rouss voted with the overwhelming majority. Sprauve’s was the lone vote opposed.

“Gilbert, I’m telling you, whatever you do, remember you need votes to get back in,” he recalled their conversation. “You won’t get a single vote even from the people who live around the area.”

Rouss served almost continuously through the 13th, 14th, 16th and 17th Legislatures. In 1968, a year before her death, she was elected Senate president a second time.

Posthumously, a legislative act decreed the Watergut Housing Complex on St. Croix be renamed the Ruby M. Rouss Housing Complex in honor of “her passionate drive to help the ‘Little Man.’”

A warrior against the fiscal apocalypse

Lorraine Berry was in her teens when Dr. Martin Luther King, Jr. gave his “I Have a Dream” speech in 1963, and with his inspiration, she became a lifelong Democrat. Born Nov 15, 1949, in St. Thomas’ Frenchtown community, Berry, a mother of two, took her first political steps as the Parent Teacher Association president of the former Robert Merrick School, advocating for the challenges of mothers and children.

Her fiscal smarts grew while working for then-Delegate to Congress Ron de Lugo in what was then the Bureau of Audit & Control. She would later brand herself a warrior against what she called “the four horsemen of the Apocalypse: fiscal irresponsibility, corruption, cronyism and rampant waste.”

Where Rouss had been an independent Democrat, Berry stood in the party’s mainstream from 1983 — when she won her first Senate seat in the 15th Legislature — through a 24-year political career.

“Lorraine Berry was a stickler for finance and budgeting, who understood the significance of finding new money to support the operations of the government,” said Carol Burke, who served as Senate majority leader while Berry was Senate president.

“Our finances were really bad at the time, and she promoted the Government Financial Accountability Act that passed in the 22nd Legislature,” Burke recalled.

Berry also spearheaded the Enterprise Zone, the downsizing of government, and the Economic Summit of the 23rd Legislature, inviting proposals to generate new government revenues. From the 10 proposals accepted came $20 million the first year, Burke said.

“The biggest issue we faced in the 22nd Legislature was whether or not to ratify the third extension agreement between Hess Oil Virgin Islands Corp. and Pedevesa de Venezuela,” she recalled. “It was highly controversial. Everyone realized the financial gains of the agreement could come with a price to the environment and the health and safety of residents. But the V.I. economy was somewhat unstable.”

Berry designated an ad hoc committee and tapped Burke to help make sure they did their due diligence on the technical details.

She had once told her fellow senators that she wanted to be a leader of the Virgin Islands, not one island, and she supported the extension because it would benefit St. Croix’s economy, Burke said.

Berry had an uncanny ability to know when to work with the other side of the aisle that reminded Burke of U.S. House of Representatives Speaker Nancy Pelosi — or, as she put it, “Nancy Pelosi reminds me of Lorraine Berry.”

When she became president of the 26th Legislature and found herself out of step with her majority colleagues, Berry worked with her opponents to change out the majority on one condition: that she remain president.

“She became president of the new majority as well as the old majority — something that hasn’t been done in V.I. politics before or since,” Burke said. “That’s how astute Lorraine Berry was.”

Following her death, Department of the Interior Assistant Secretary for Insular Areas Anthony Babauta remembered her as “a courageous and principled leader who gave her every waking hour to the advancement and betterment of her beloved Virgin Islands.”

”We are very strong women”

As a newly-elected Senate president, Donna Frett-Gregory’s political legacy is just beginning, but its first chapter has been full.

Born on St. Thomas, the second-term senator grew up on Hospital Ground and the housing community of Donoe. Like many young Virgin Islanders, she left for the mainland for her  education, with advanced degrees in business administration and finance.

But unlike some, Frett-Gregory came back.

She quickly found employment in the Legislature’s Business and Post-audit divisions, gaining experience in all matters related to government funding. Fast-forward, and while still a freshman senator, Frett-Gregory inked or co-sponsored more than 150 pieces of legislation; meaty bills, like  resurrecting the Tax Study Commission to reform the tax code, rather than fluff.

Some of the bills show a talent many have ascribed to Berry for bringing the government’s purse strings to bear on systemic problems.

In one, Frett-Gregory increased funds for the ailing Government Employees’ Retirement System. In another, she ordered the government’s financial agencies to make documents publicly accessible on the Web, on a deadline.

Someone with her background might expect to continue on this financial trajectory, but barely had Frett-Gregory begun chairing the 33rd Legislature’s Finance Committee than she was ousted by the Senate majority.

Instead of caving, the senator took on a crusade dating back to Rouss — education reform — at which Sprauve, a key member of Rouss’s coalition, admits they were unable to achieve.

“I want to make sure we build people with skills that they can compete anywhere in the world, and that after college or the military, they have jobs to come back to, to live and raise their children here,” Frett-Gregory said.

Taking aim at early childhood education, she said she required kindergarten through fourth-grade teachers to have minimal certification and ordered funding for them to obtain it.

And, in a never-before-tried approach to fattening the teacher pool, she required the Education Department to implement a distance learning policy that allows V.I. students to access to online courses not available at V.I. schools — “anything from Mandarin to data analytics,” she said.

Although more aligned with Berry on the Democratic political spectrum, Frett-Gregory insists, “I’m an independent thinker. I don’t lean on the party system to make my decisions.” Gov. Albert Bryan Jr. is said to have supported her Senate presidency, but she moved legislation in any case with two of her colleagues to place the failing Water and Power Authority in oversight — a move Bryan vetoed.

While three women Senate presidents in 67 years doesn’t sound like much, the political balance has tipped in their favor since Rouss’ day.

“Of course, we have many more women now. The time is fitting for me,” Frett Gregory said. “But I think V.I. women have always led the charge. We have a lot of firsts, here and on the national level.”

“We are very strong women,” she said.