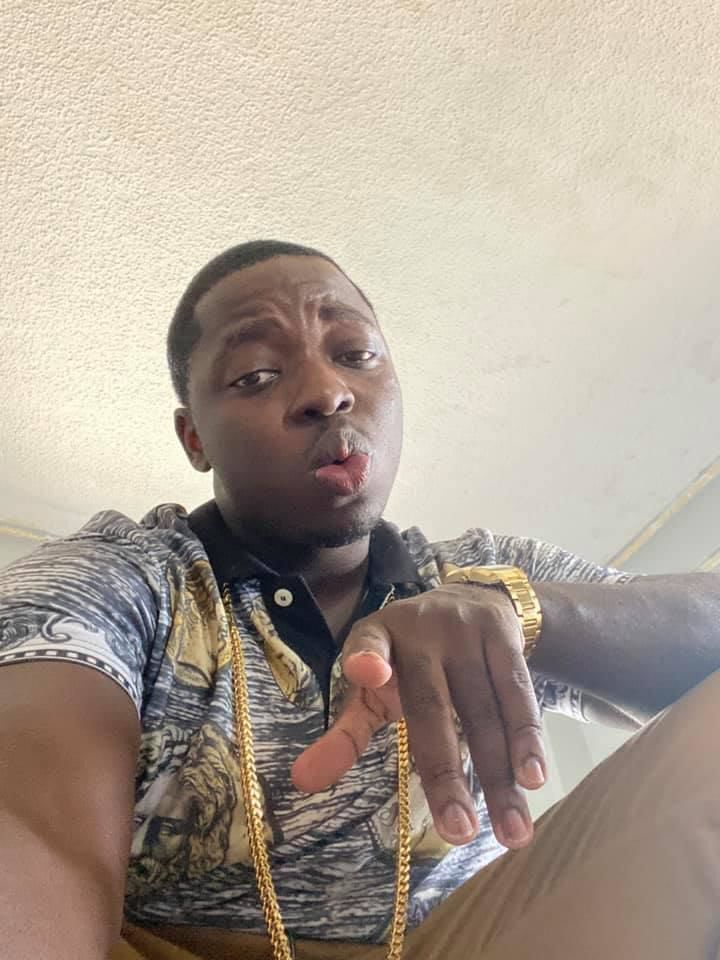 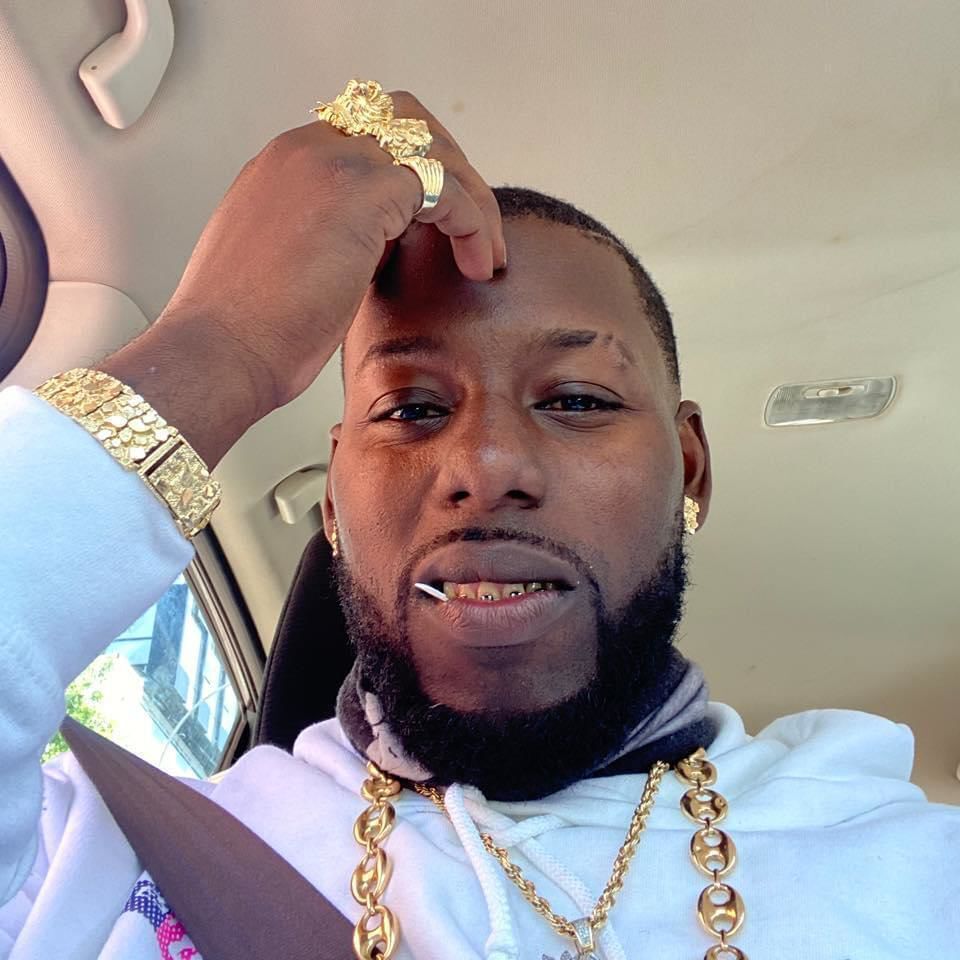 V.I. Police Officer and National Guardsman Shakim Mike was aboard a charter plane laden with more than 700 pounds of cocaine when it touched down in Miami on Tuesday night, and is among several current and former Virgin Islands law enforcement agents detained or charged in connection with the alleged drug trafficking conspiracy, according to court records and V.I. Police.

At least six people have been implicated in connection with the cocaine trafficking operation, and Mike and three others — Maleek Leonard, Roystin David and Trevon Adams — have each been charged with one count of attempt to possess with intent to distribute a controlled substance, according to documents filed Wednesday in the U.S. District Court for the Southern District of Florida.

Mike and Adams passed standard background checks and “they both worked until these incidents, so there was no indication by VIPD that they were involved in any illegal activities,” Velinor said.

Both men graduated from the V.I. Police Academy in December 2016 and became members of the St. Thomas-St. John District police force, and both serve with the Special Operations Bureau and earn a yearly base salary of $42,182.

Adolphine graduated from the V.I. Police Academy in December 2018.

Port Authority spokeswoman Monifa Brathwaite confirmed Wednesday that Adolphine worked as a Port Authority peace officer for a year and nine months, and was fired in February. Brathwaite said she could not disclose the reason for his termination.

All three have also served in the V.I. National Guard.

Bruno said that Adolphine “is no longer a member of VING, since Dec. 2019.”

Homeland Security Investigations is the lead agency on the case, and a special agent filed an affidavit Wednesday detailing the circumstances of the bust in Miami.

On Tuesday, a chartered Hawker 800 XP plane arrived at the Opa Locka Executive Airport in Miami from St. Thomas. While performing baggage inspection, U.S. Customs and Border Protection Officers discovered 294 plastic-wrapped bricks of cocaine inside several duffel bags and suitcases, according to the affidavit. The bricks weighed a total of 328.79 kilograms, or just under 725 pounds.

The only passengers of the private aircraft were David, Leonard, and Mike, along with another individual identified only as “Target 1,” and all passengers are U.S. citizens residing on St. Thomas, according to the affidavit.

While CBP officers were performing the baggage inspection, “Mike fled the airport,” according to the affidavit. Investigators interviewed Target 1, who “explained he had arranged with Mike to smuggle the cocaine to the United States via a private charter flight from St. Thomas,” and Mike had paid half the flight fees of $11,000 and later gave Target 1 another $11,000 in money orders.

Target 1 said Trevon Adams would be traveling from Tampa to Miami “to pick up the conspirators and drive them to Orlando along with the cocaine,” according to the affidavit.

Leonard told investigators that Mike had recruited him about three days earlier to help transport the cocaine, and David said that “he knew Target 1 and Mike from his work within the U.S. Army National Guard,” according to the affidavit. “David claimed that he did not know the bags contained cocaine, but he admitted that he helped carry and load the bags into the plane prior to takeoff on St. Thomas.”

David is employed as a tax return controller with the V.I. Internal Revenue Bureau, according to the V.I. Personnel Division database. IRB Director Joel Lee and Government House Communications Director Richard Motta Jr. did not respond to questions from The Daily News on Wednesday.

David gave consent for law enforcement to search his phone, which had messages between him and Target 1 discussing drug trafficking, including “references to ‘moving product,’ ‘recruiting flight attendants,’ ‘invest all the money from our bricks,’ ‘meeting the big dogs in Santo Domingo,’ and ‘living off the airport trips,’” according to the affidavit. “David also said the last words he heard from Mike before he absconded were: ‘Oh s..., I think we should run.’ ”

Trevon Adams voluntarily agreed to surrender and told investigators he was going to be paid $9,000 to $10,000 for transporting the passengers and the cocaine, according to the affidavit. Investigators conducted a controlled call between Mike and Target 1, during which a CBP officer interrupted and asked Mike to voluntarily surrender, which he did.

During his interview, Mike “explained that in December 2020, an individual in St. Thomas had approached Target 1 about smuggling narcotics aboard a private flight,” according to the affidavit. “Target 1 offered Mike $60[000] to $70,000 for his role in the smuggling venture,” and Mike admitted that he’d helped pack the cocaine for the flight.

Authorities also arrested a man named Anthon Berkeley, who was charged under a separate complaint after he admitted to driving from Orlando to Miami to pick up a kilo of the cocaine, and expected to be paid $18,000 to deliver it to the ultimate buyer.

The case echoes that of a similar trafficking operation in which former Department of Planning and Natural Resources peace officer Gerald Mercer solicited the help of Neal Chesterfield, a former security officer in the Governor’s Office, who used his security credentials to bypass airport screenings and smuggle cocaine on flights to the mainland between 2014 and 2016.

Mercer was squeezed out of the conspiracy by Nilda Morton, and in revenge, he tipped off federal authorities on Sept. 3, 2016, that Chesterfield would be transporting drugs through King Airport on St. Thomas. Federal agents arrested Chesterfield as he was carrying a bag with nearly 50 pounds of cocaine and almost $27,000 in cash.

Mercer’s tip led to a cascade of arrests in a case dubbed “Smuggler Smash” by law enforcement. The investigation led to the forfeiture of more than $2 million and 22 convictions, including four airline employees, and the court imposed prison sentences ranging from 30 months to 16 years.

The timeline authorities believe Mercer was active in drug smuggling overlapped with that of Roberto Tapia, DPNR’s former director of environmental enforcement who was at the helm of a cocaine trafficking ring that spanned the territory, British Virgin Islands and Puerto Rico.

Tapia arranged drug deals while working and in uniform, according to court records. He was arrested by Drug Enforcement Administration agents on St. Thomas in May 2013 after returning aboard a ferry from St. John with more than 7 kilograms of cocaine in a backpack. He pleaded guilty to racketeering and was sentenced in April 2014 to 70 months in prison.

The V.I. National Guard has also suffered its own share of scandal in recent years, and a federal report released in 2019 found that the culture of sexual abuse, fraud, and misconduct cultivated over decades resulted in a chaotic, disorganized environment in which training and actual military operations suffered.

No indications of trouble

Velinor and V.I. Police spokesman Toby Derima said Wednesday that they are unable to provide any details about the latest ongoing federal investigation, including whether there is any connection to a recent, record-breaking cocaine bust in the British Virgin Islands that involved members of the Royal Virgin Islands Police.

Velinor did say that there are no initial indications other officers were participating in cocaine smuggling, and “we don’t want to cast a wide net and say there are more officers involved.”

But if other officers are implicated as the investigation continues, Velinor said he will be happy to see anyone involved prosecuted to the fullest extent of the law, regardless of their status as law enforcement agents.

“We have to continue to work towards building trust and it means getting rid of officers, terminating officers that are involved in activities that are unbecoming — and where we can, we will prosecute those officers,” Velinor said.

As members of the department’s Special Operations Bureau, Mike and Teshawn Adams are “hands-on, they engage in making arrests, following up on alleged violations,” Velinor said.

They make frequent appearances at advice -of-rights hearings in V.I. Superior Court to testify about whether police had sufficient probable cause to conduct traffic stops and searches, and make arrests, and Mike in particular “was an active officer, so for him to be involved in this type of activity is disheartening,” Velinor said.

Mike and Adams are still in Florida, and both are on unpaid administrative leave pending the outcome of the case, Velinor said.

It remains to be seen whether the officers’ alleged criminal activity might compromise prosecutions or convictions stemming from arrests they made over the last four years, particularly in drug cases.

“Allegations of criminal misconduct committed by police officers can have a significant effect on any case or cases in which they were arresting officers. It also has a direct impact on the credibility of the law enforcement officer,” V.I. Attorney General Denise George told The Daily News on Wednesday. “However, It is too early in this matter to determine what the impact of the arrests would have on pending prosecutions. It would require our office to conduct a thorough review of the cases in which the officers are involved.”