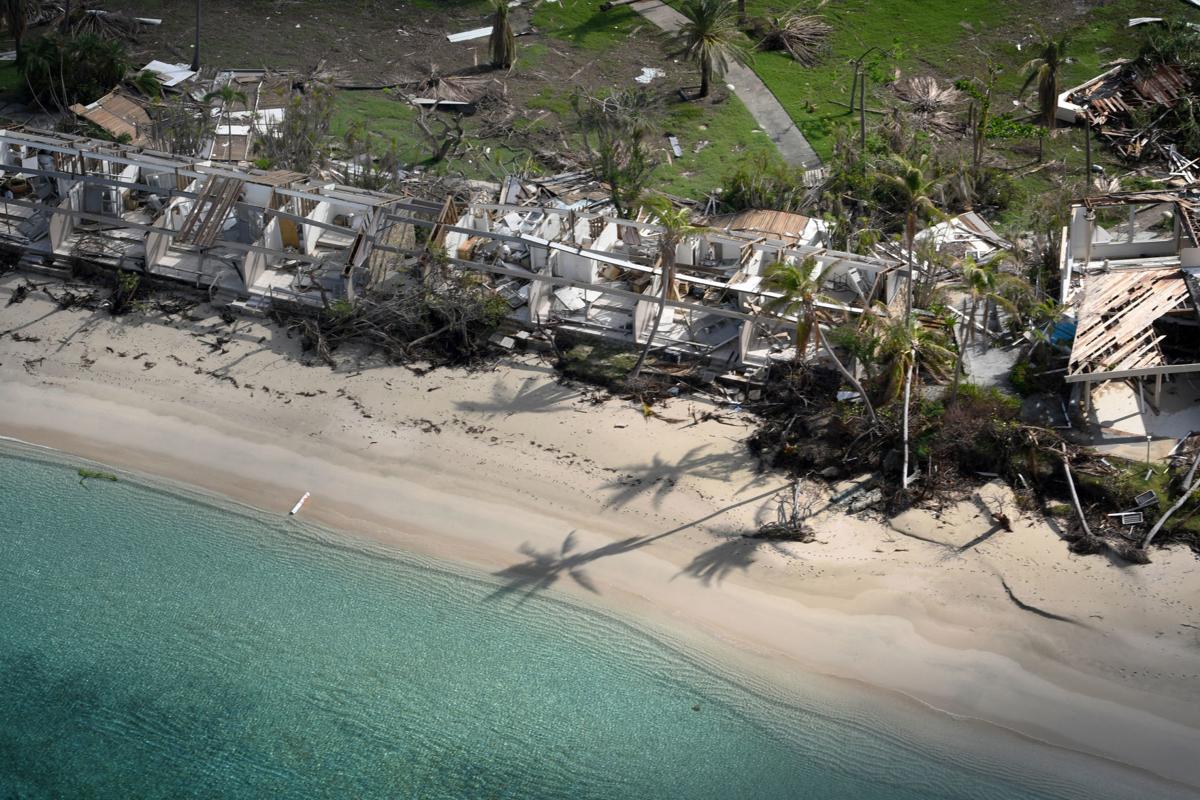 An aerial photo by the Federal Emergency Management Agency shows the damage caused by hurricanes Irma and Maria at Caneel Bay Resort on St. John. 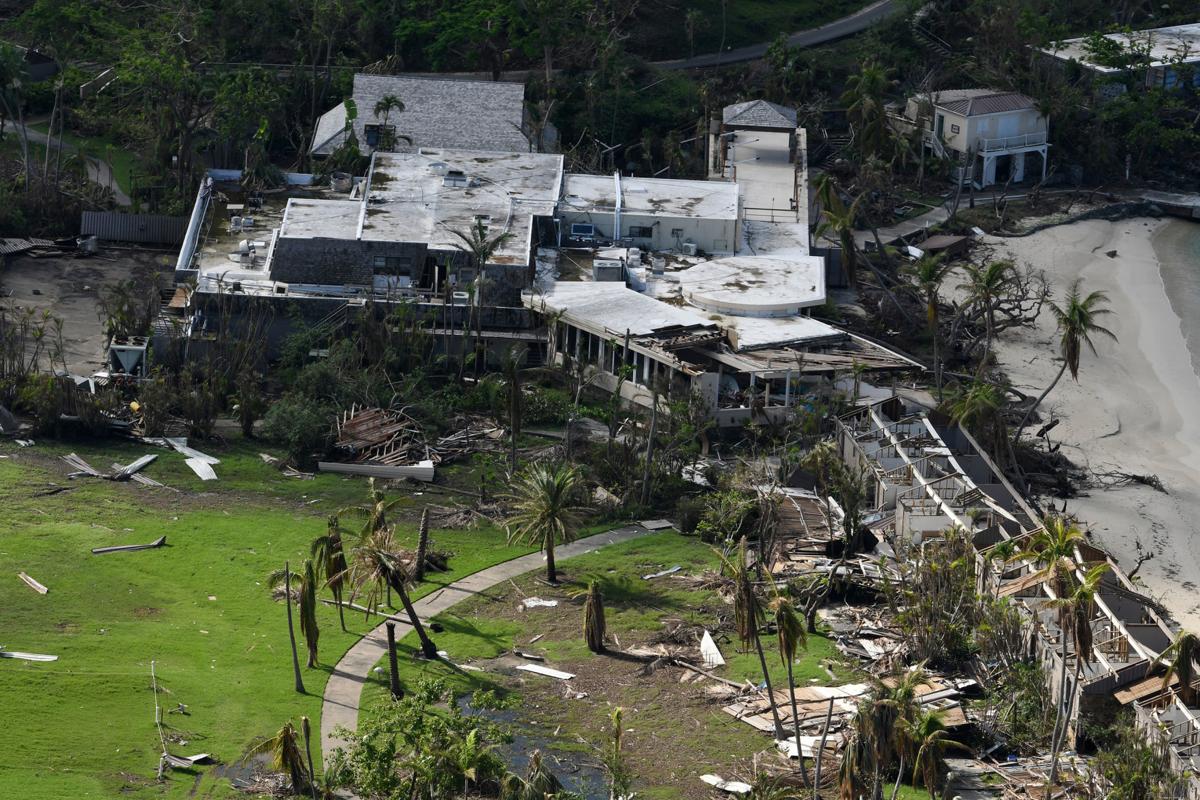 V.I. Delegate to Congress Stacey Plaskett’s bill to extend the management agreement for the Caneel Bay Resort on St. John for a further 60 years was recently approved by the House Committee on Natural Resources in Washington, D.C. The resort was heavily damaged in hurricanes Irma and Maria. 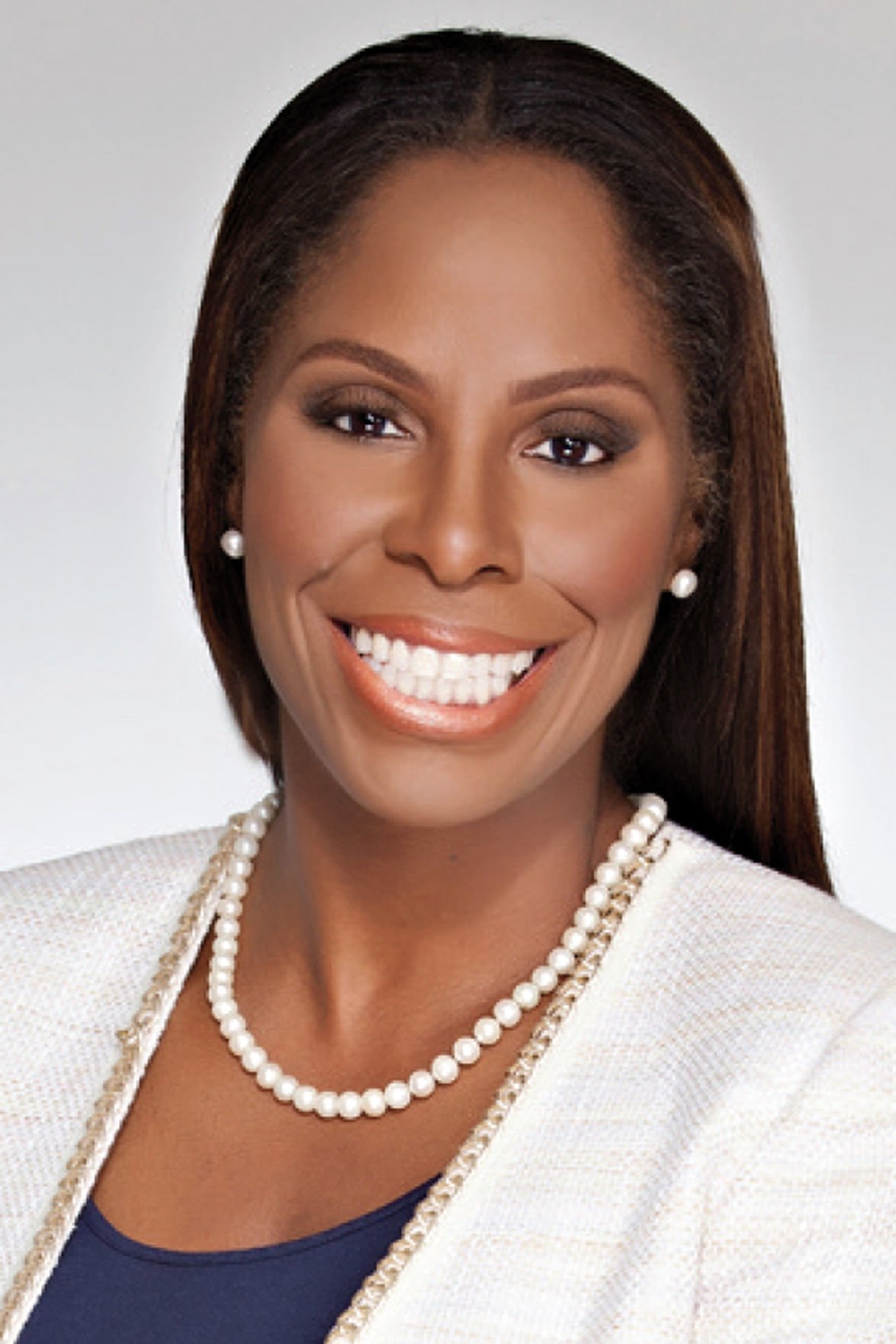 An aerial photo by the Federal Emergency Management Agency shows the damage caused by hurricanes Irma and Maria at Caneel Bay Resort on St. John.

V.I. Delegate to Congress Stacey Plaskett’s bill to extend the management agreement for the Caneel Bay Resort on St. John for a further 60 years was recently approved by the House Committee on Natural Resources in Washington, D.C. The resort was heavily damaged in hurricanes Irma and Maria.

V.I. Delegate to Congress Stacey Plaskett has responded to criticism about the bill she introduced that would enable the current owners of Caneel Bay Resort to negotiate a 60-year extension of the deal Laurence Rockefeller made when he deeded the property — with conditions — to the U.S. government.

As submitted, Plaskett’s bill — HR 4731 — would enable an extension to Rockefeller’s Retained Use Estate agreement — an RUE — and set a tax rate for CBI Acquisitions LLC, the current managers of the properties on St. John, at 1.2 percent.

When the bill passed out of the U.S. House Natural Resources Committee last week, it had been amended to set the rate at “fair market value,” and it currently is in the U.S. Senate.

Caneel Bay Resort, one of the V.I.’s signature luxury resorts, was destroyed during hurricanes Irma and Maria — six years before Rockefeller’s RUE was set to expire in 2023.

Plaskett believes that CBI Acquisitions has an inside track on getting Caneel back up and running; and her bill is intended to expedite that process.

Putting Caneel Bay’s reconstruction out for bid would only delay the resort’s return, she said.

“Caneel Bay has been in negotiations with the National Park Service for years,” she said. “Putting it out to a concession bid is going to take an additional number of years.”

CBI officials have said they likely won’t take any additional reservations for two years, and Plaskett said that amount of time is required for CBI to rebuild.

“It takes two years to build it back,” she said. “If we are doing a concession, it takes five to eight years for them to finalize that.”

Plaskett said the timetable boils the question down to waiting two years for the current ownership to restore the resort or waiting five to eight years for a different deal.

Although putting Caneel Bay’s reconstruction out for bid could result in a better deal for the territory, that process would almost quadruple the time it would require to get the resort back into operation, according to Plaskett.

“I’ve had discussions with the people on St. John,” she told The Daily News. “They’d like to get back to work. We could have a better deal, but when are we gonna have the better deal?”

Plaskett said her bill enabling CBI Acquisitions to retain control of the former Rockefeller estate will benefit the territory.

“We’ve tweaked the language of the bill so that it’s competitive in terms of the amount of money,” she said. “The GVI has an agreement with Caneel Bay under the EDC for the number of jobs, the amount of investment, as well as the amount of time and community involvement.”

Plaskett’s bill contradicts a Natural Park Service recommendation that sugested a change in the way the estate be managed.

A Park Service environmental assessment recommends that extending the RUE would be less beneficial than awarding a concessions contract — which would limit its duration and open it to competition and be in line with other National Park concession contracts.

Plaskett offered no response to the recommendation, and she said a 60-year agreement would not be unique.

“There are three other places throughout the National Park system that have 60-year terms,” she said.

According to Plaskett, the St. John unit of National Park Service has been separated from local ties, including economic concerns.

She said the Park Service is “dragging its feet” over the issue of renewing the agreement and that she approached National Park Service officials in the last year about Caneel.

“They said they were just starting to review the lease, and that is not acceptable, because we need to have developers and private partners that want to come to the territory,” she said.

Noting that the Park Service had suspended a youth conservation program at the park, Plaskett said she wants a park management that has better ties with the locals.

“There had not been a community partnership between the park and St. John residents,” she said. “It’s much better on St. Croix, where the superintendent had been a native Virgin Islander. I really pushed for the prior superintendent to be removed, and they’re trying to make a push ideally for someone who is a Virgin Islander to come in and run the park.”

The resort is managed under a property agreement called an indenture. When the Rockefeller family donated the portion of land that comprises Caneel to the government in 1986, they created the RUE — a legally binding contract — that sets aside Caneel Bay for use as a resort.

In 2004, CBI Acquisitions — a partnership of two financial services firms and Rosewood Hotels — acquired the deed for Caneel Bay and agreed to adhere to the terms of the indenture.

In 2014, Rosewood ended its management of the resort, leaving CBI in charge.

CBI sued to obtain $2 million the company says it was owed as a result of material improvements at both sites. In November 2016, CBI moved for the case to be dismissed without prejudice.

Renewing the agreement on a 60-year term would grant CBI the necessary confidence to commit to rebuilding, a certainty that doesn’t exist among other big-name resorts in the territory, according to Plaskett.

“We don’t have assurances from Marriott that Frenchman’s Reef is going to be rebuilt,” she said. “This provides some sense of normalcy.”

Get news in your inbox