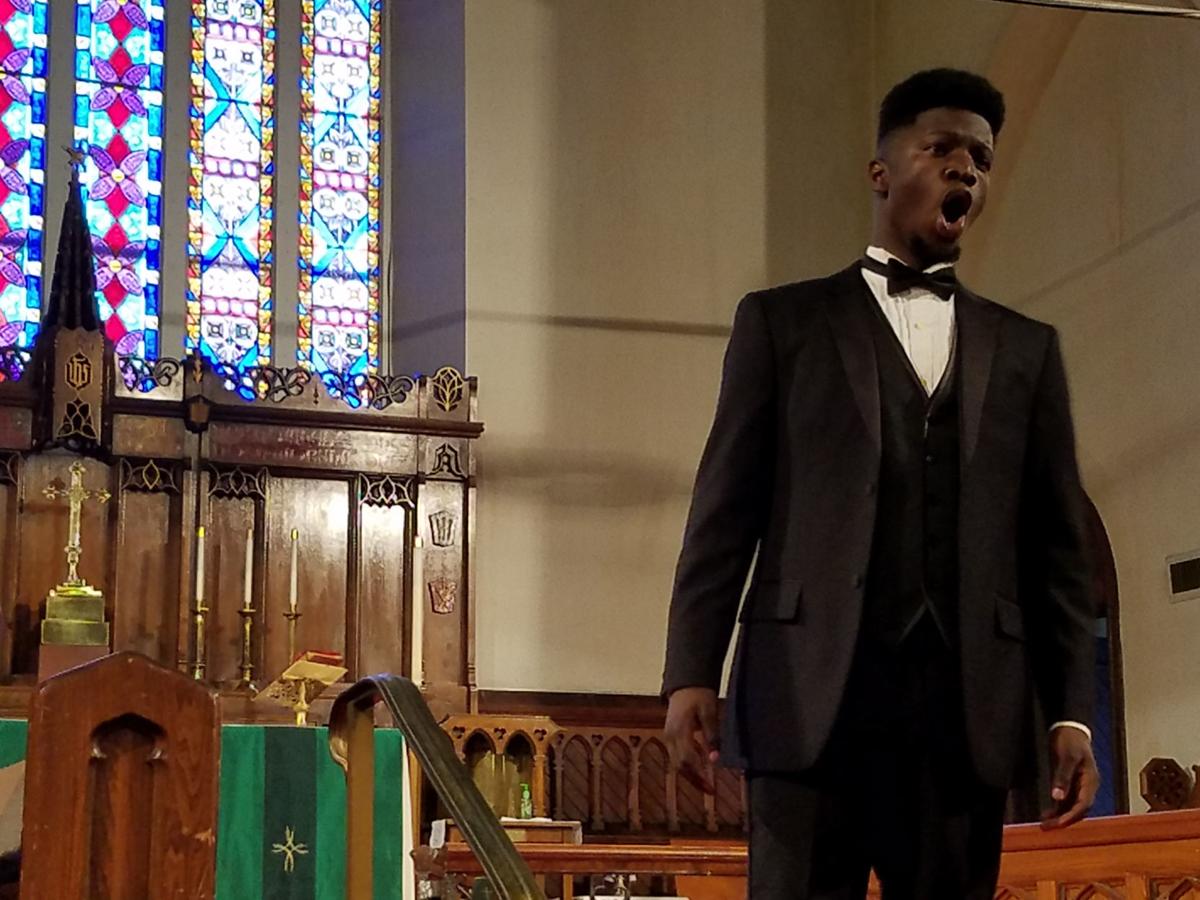 Anthony Anderson, then 18, sings in 2017 at St. Luke’s Episcopal Church in Washington, D.C. 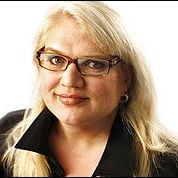 Less than a year ago, Anthony Anderson told me he’d been fired from his job as a burrito maker at Chipotle.

“They said I was too slow,” he told me, embarrassed, not meeting my eyes.

No biggie. Turns out he got another gig.

This weekend, the teenager will be on stage, singing at the Fort Worth Opera’s annual gala. And he’s also deciding between the Juilliard School, Oberlin Conservatory of Music and the Peabody Institute at Johns Hopkins University, three of the top-tier music schools in the nation, where he crushed all his auditions and was offered full rides.

That thing about your wildest dreams coming true?

Anthony Anderson is it. At 19 years old.

And his story is one we all need to hear right now.

We met last June, when he was working at Chipotle and had to move back home to Washington after college didn’t work out. Paying for college, that is.

He was up to his eyeballs in debt and frustrated that all his hard work at Duke Ellington High School of the Arts in Washington didn’t mean a rain of scholarships to study opera. It’s not like recruiters with money to burn are wooing baritones to sing German lieder at the Big Ten.

Anderson took a leap of faith, thinking he could manage a job and opera performances and classes at Virginia Commonwealth University and pay the part that financial aid didn’t cover — about $9,000. But he couldn’t make it all work. And the college wouldn’t let him enroll again until his debts were paid.

So he had to go back to the world where no one quite understood why this teen was teaching himself foreign languages instead of chasing cars and girls.

“And then he talks to us in Italian,” one of Anderson’s six siblings told me. “Man, I hate it when he does that.”

Anderson is the youngest of seven children, raised by a single mom after his dad was killed in a drive-by shooting when he was 3 years old.

Some of those siblings came to a benefit concert he had in late June last year, in a small church in Washington. They were all in the back row, none dressed for church, all with a “whatever” look on their faces when baby brother busted into “Nacht und Träume” in German. They clearly love and support him. But they don’t get him or appreciate German lieder.

I heard about his concert from the guy who runs a youth development organization, CityKids, where Anderson backpacked, kayaked and hiked but didn’t sing opera.

“I don’t have many details for you on it, other than we are hoping to help Anthony gather a crowd,” said the wilderness program director.

Anderson’s concert was the same night as the graduation party for the daughter of very dear friends of mine. So this is the part so many of us wrangle with — what are our priorities? Work? Or friends you’ve had for 30 years? I asked an editor.

“Do you know if a crowd is expected? If we think a lot of people may come out to help, it could be cool. But if you don’t think so, I don’t know if it’s worth missing the grad party,” my boss said.

I couldn’t figure out if this was going to be a big crowd. But, opera. It was too unusual to pass up. So I said my apologies and goodbyes at the grad party and ducked out, yet again playing the role of the unreliable friend. Sigh.

When I got to St. Luke’s Episcopal Church, my heart sank a bit. It was not a big crowd. There were the siblings in the back rows, teachers and supporters were scattered in the pews. Ouch.

But within seconds, my untrained ear told me I had walked into something special. The entire church was filled with the deep, sonorous baritone of an older, barrel-chested man. But at the altar was a string-bean kid with a high-top fade straight out of the ‘80s.

I walked into a two-hour tour-de-force solo ranging from “Come raggio di sol” in Italian to that “Nacht und Träume” in German to a bouncy, bawdy Gershwin tune.

You could hear the gasps from the small audience when he switched from perfect German and dipped into the spiritual “I Want to Die Easy” like an old soul.

“That? What you heard up there tonight? It’s hard to believe that’s coming from an 18-year-old. You have to understand, this is really, really rare,” Michael Crabill, who accompanied Anderson on piano during the concert and has been his longtime mentor, told me.

I was impressed by the sound, and later, talking to Anderson, by his character. But it was talking to Anderson’s Duke Ellington teachers, then hearing Crabill’s assessment, that convinced me I was in the presence of a rare talent. (Crabill has been in the opera business around the world.)

We ran the column about Anderson right after his concert. His GoFundMe swelled well past the $9,000 he needed to pay of his debts — to about $50,000. And then the artistic director of vocal arts at Juilliard read the column and reached out to me, asking to meet Anderson.

After that, “NBC Nightly News” followed his story, then “The Today Show” and others. Anderson auditioned at seven different schools before he narrowed it down to the top three.

Earlier this month, he was invited to perform at the Supreme Court for the Horatio Alger Association.

“After I finished singing, they truly surprised me,” Anderson said. “They’d accepted me as the recipient of the Horatio Alger Scholarship.”

“Following his performance, [former U.S.] ambassador Barbara Barrett, 1999 member and vice president of the Association, surprised Anthony by recognizing his resilience and strength in overcoming adversity and announcing that he would be receiving his own Horatio Alger Scholarship,” said McKenna Young, who is with the association.

Anderson’s scholarship means the association will work with the school he chooses and that it will supplement any tuition costs not covered by other scholarships to make sure he graduates from college debt-free, Young said.

Anyone who follows Anderson on Facebook can see his journey and his charming observations about his new life.

“On my way to New York! A year ago, I’d never have thought I’d be auditioning for one of the top music institutions in the country,” he wrote in February, on his way to the Juilliard audition.

Once there, he described the anxiety of checking the callback list:

“The closer I walked up to it, the more and more my heart began to sink into my chest,” he wrote. “Searching the list, I felt this shaking sensation because I couldn’t find my name, but once going over it again, there was, like magic!!!”

Along with the musical accomplishments and accolades, he also has a new job: hosting at Logan’s Tavern in Northwest Washington.

When he performs in Texas this weekend, his mom will be there with him. It will be her first time ever on an airplane.

Anderson said the trip is important to him because he thinks it will be the first time his mom truly gets to see him immersed in the world of opera. She still has a hard time grasping the scope of what he is doing, Anderson said. He hopes she will understand what it means to him.

“So many great things are at work in my life right now because my family, friends and mentors,” he wrote on Facebook the other day. “They’ve instilled in me a sound moral compass and a philosophy that believed the worlds greatest opportunities are attainable to anyone with the drive to want it bad enough.”

Once you listen to him sing, you’ll believe it, too.