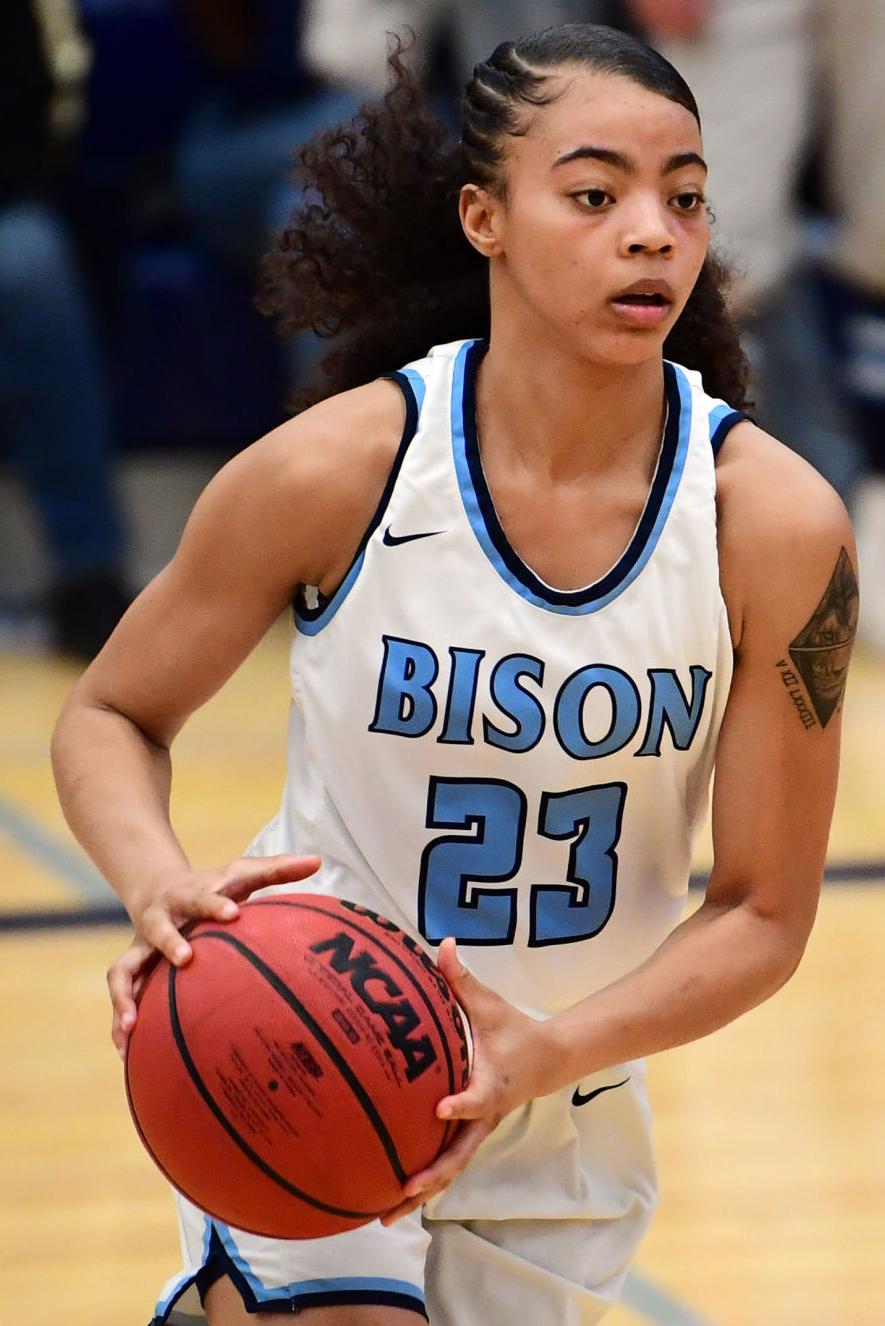 Kaya Evans in action during her senior year with Vista PEAK Preperatory School in Aurora, Colo. Evans has signed to play for the University of the Virgin Islands’ women’s basketball team. 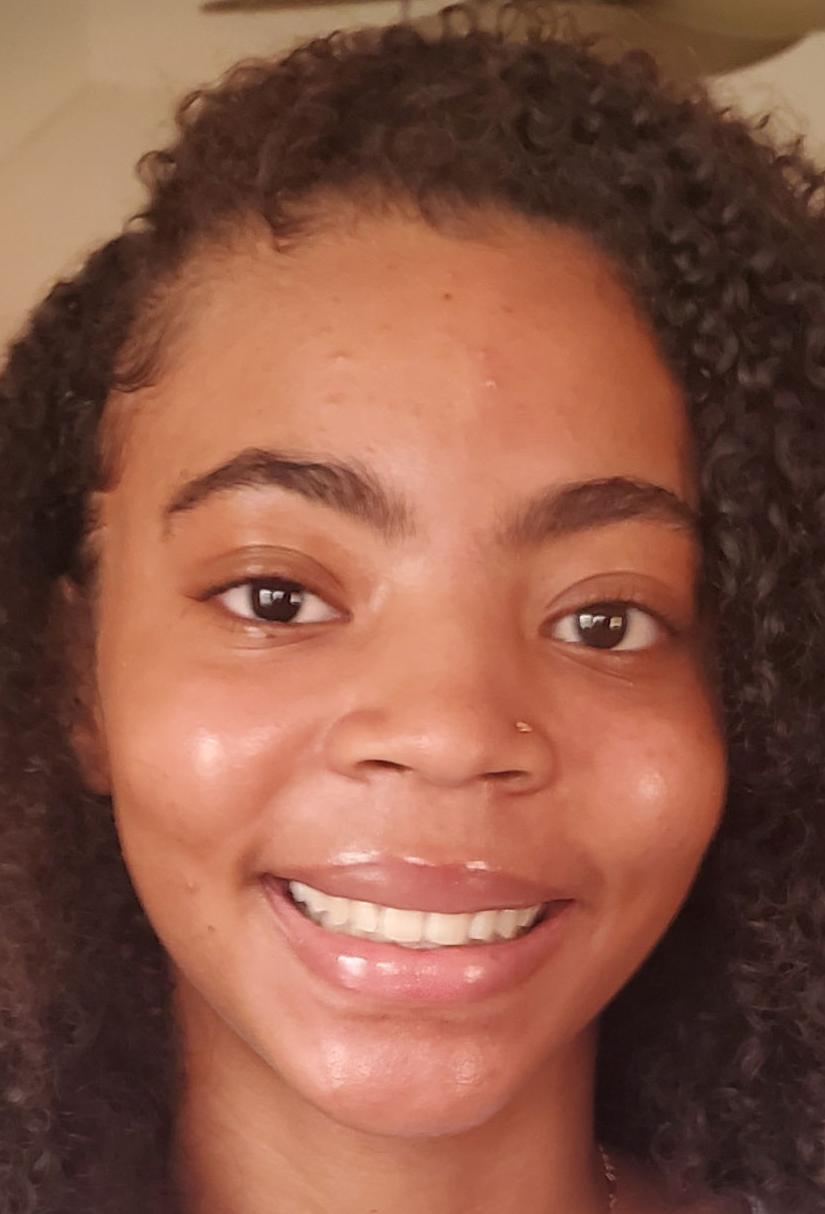 When Kaya Evans was considering her choices to continue playing basketball beyond high school, she had plenty of options to choose from at stateside programs.

Instead, the Colorado native signed on with the University of the Virgin Islands’ women’s basketball team and move back to St. Thomas, where her father was born and much of his family still resides.

“Around the time when I was trying to figure out my decision for college, I was kinda confused, because I didn’t know what I wanted to do,” the 18-year-old Evans, a 5-foot-8 shooting guard, said. “But then the [coronavirus] happened, and I felt like I might as well choose to go back home.

“It’s like I know that if I’m there, I will be good, I will be safe. Irregardless of whether I’m going to school, I’ll be happy. I’ll get to see my family, I’ll get to go to the beach. It’s still a good decision for me regardless.”

There was another reason Evans wanted to play at UVI, something that happened nearly three years earlier — hurricanes Irma and Maria.

When the pair of Cat 5 hurricanes hit the territory in September 2017, Evans’ grandmother, Daril Evans, and her uncle Issa Evans both moved to Colorado while things were getting sorted out in the USVI.

“I gave up my room for my grandma and my uncle,” Kaya Evans said. “Knowing that my grandma is going through all this stuff … she’s getting older, and she’s not used to [living in Colorado].”

However, it served as the impetus for two things — to get Kaya’s grandma home to the V.I., and to get Kaya in college, leading to her decision to sign with UVI.

“It was definitely surprising,” her father, Cleon Evans, said. “Three years ago, I brought my mother up to live with us because of the hurricanes, and [Kaya’s] mind has been focused on trying to get her grandmother home. She saw this as a good opportunity to do that.”

It was Cleon Evans who first got his daughter involved in the sport at the age of 5 — even thought she wasn’t sure that she’d be interested.

“There was a time when I was around 5 or 6 [years old], he was just trying to figure out what I was interested in. He threw me into stuff like baseball, soccer and cheerleading.”

Then Evans discovered basketball — and the light bulb went on.

“Basketball was one of those sports where I actually enjoyed it,” she said. “The competition, the aggressive nature of it, just being able to play and forget everything that’s going on outside of basketball.

“It’s one of those sports where you can be in the moment, and not worry about anything else — you just have to worry about how you’re going to win, and have fun.”

A few years later, Evans began playing travel ball with the Aurora Lady Giants, allowing her to travel all across the United States, playing in AAU and other tournaments.

Evans was a four-year starter on the varsity girls basketball team at Vista PEAK Preperatory School, a college prep high school in her hometown of Aurora, Colo.

There, she was a two-time first-team all-East Metro Athletic Conference selection (as a sophomore in 2018, and a senior in 2020), and was a second-team all-EMAC pick as a junior in 2019.

Along the way, Evans became the second player in Vista PEAK Prep history to score 1,000 or more career points — she finished with 1,129 points in 96 games, an average of 11.8 points per game — and also set a Bison team record with 46 3-pointers her senior year.

“Once I started high school and made varsity, I was like, ‘okay, basketball is something I can do in the future, and it could get me somewhere,’” Evans said.

Beginning her junior year, Evans began getting college offers. By the time she was ready to make her decision, she had received offers from NCAA Division I programs Creighton, the University of Denver, Northern Colorado and Wyoming, along with dozens of smaller schools.

“Once I started getting those offers, I got a lot more confidence in myself,” she said.

Now Kaya Evans is getting the chance to show her stuff — something he’s been looking forward to.

“I’m excited about this,” she said. “Given that everything is new and is building up, I’m excited to be a part of it. I know I can have a big impact, and be a special piece of that.