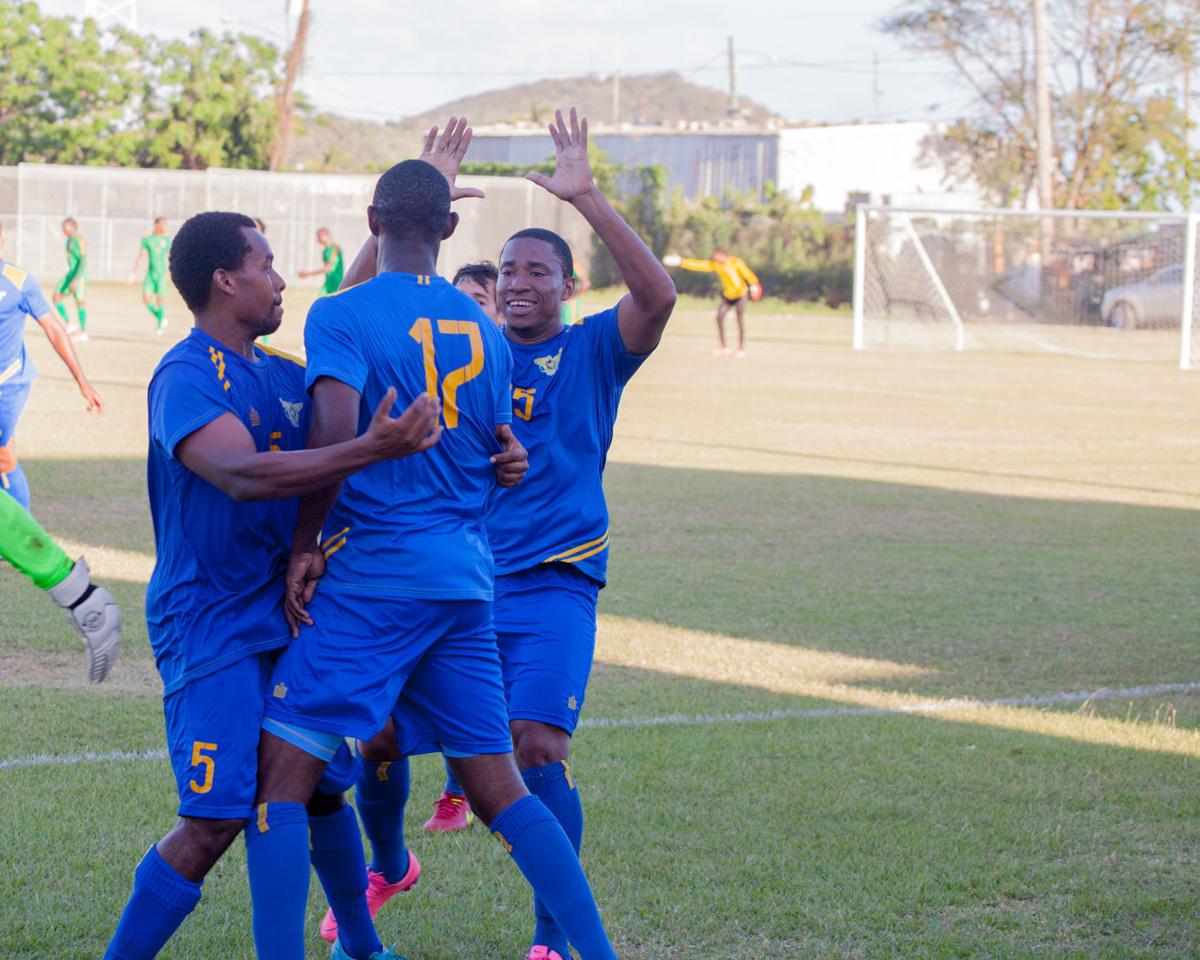 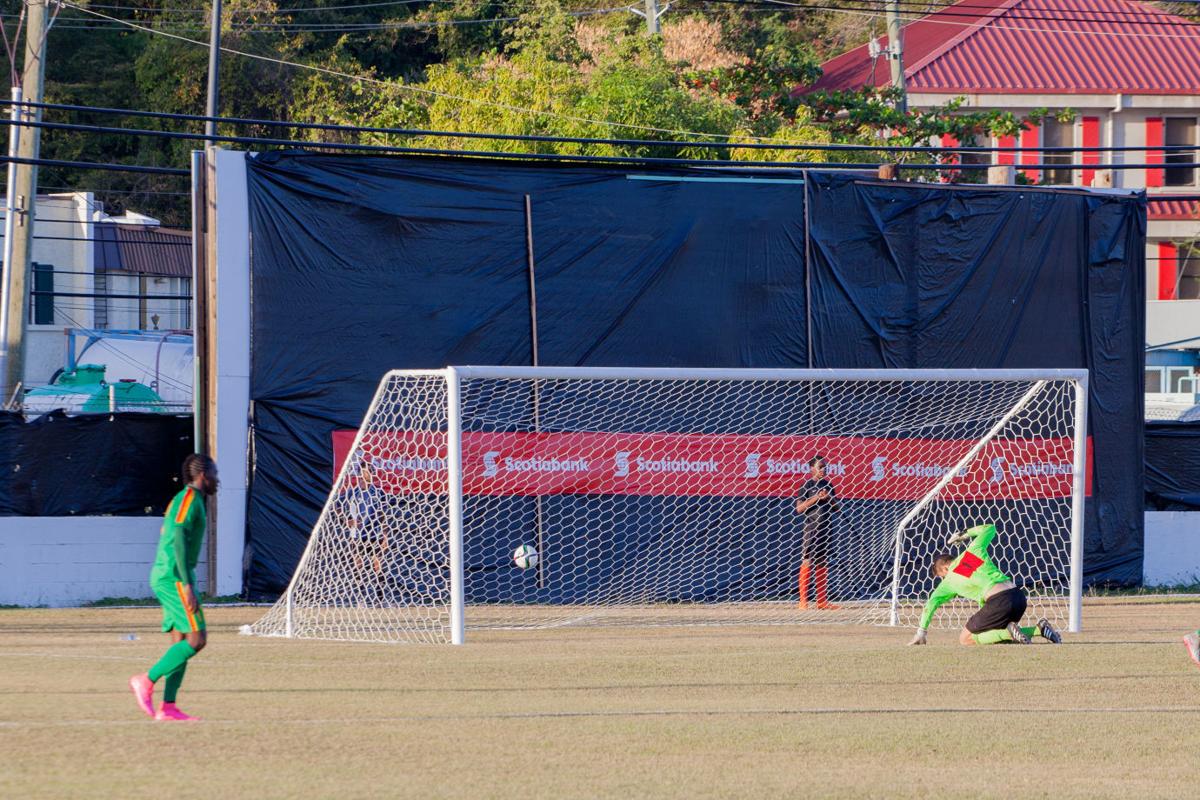 Virgin Islands goalie Erik Mozzo reacts after allowing the winning goal late in the match by Kimo Sampson of Grenada in a 2-1 match at Cancryn. 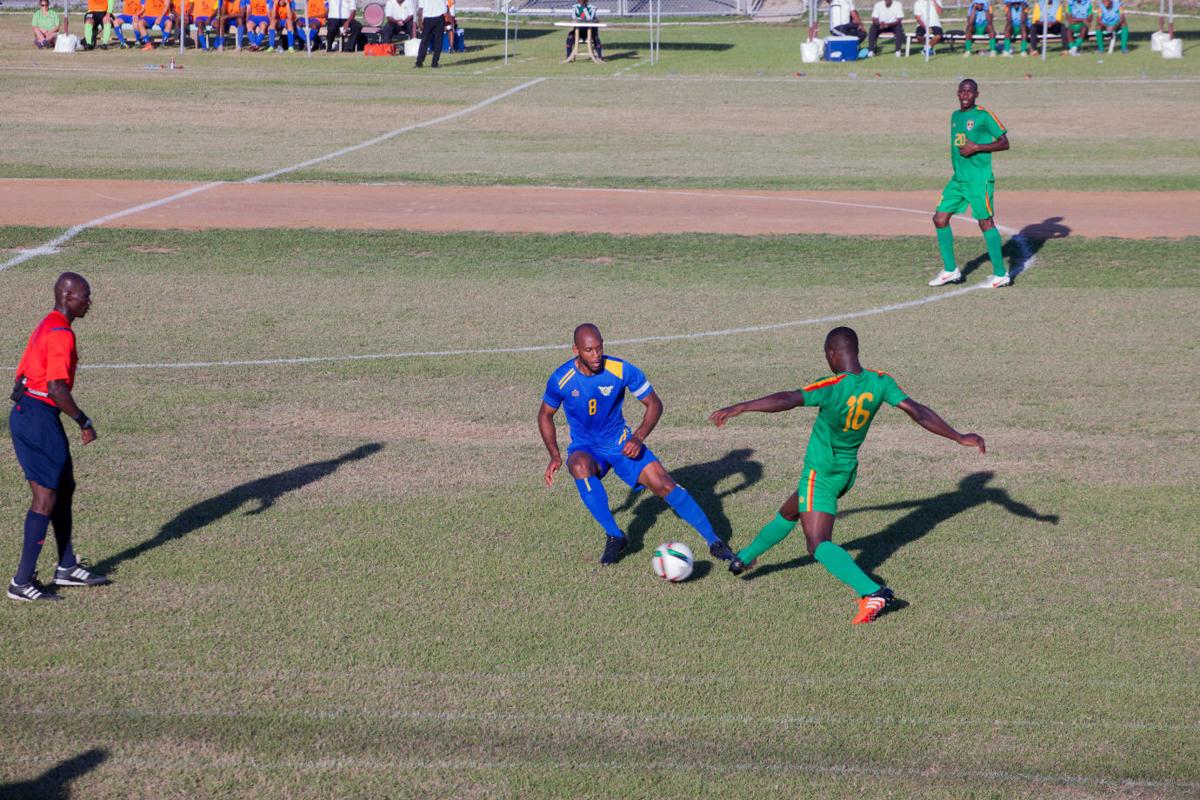 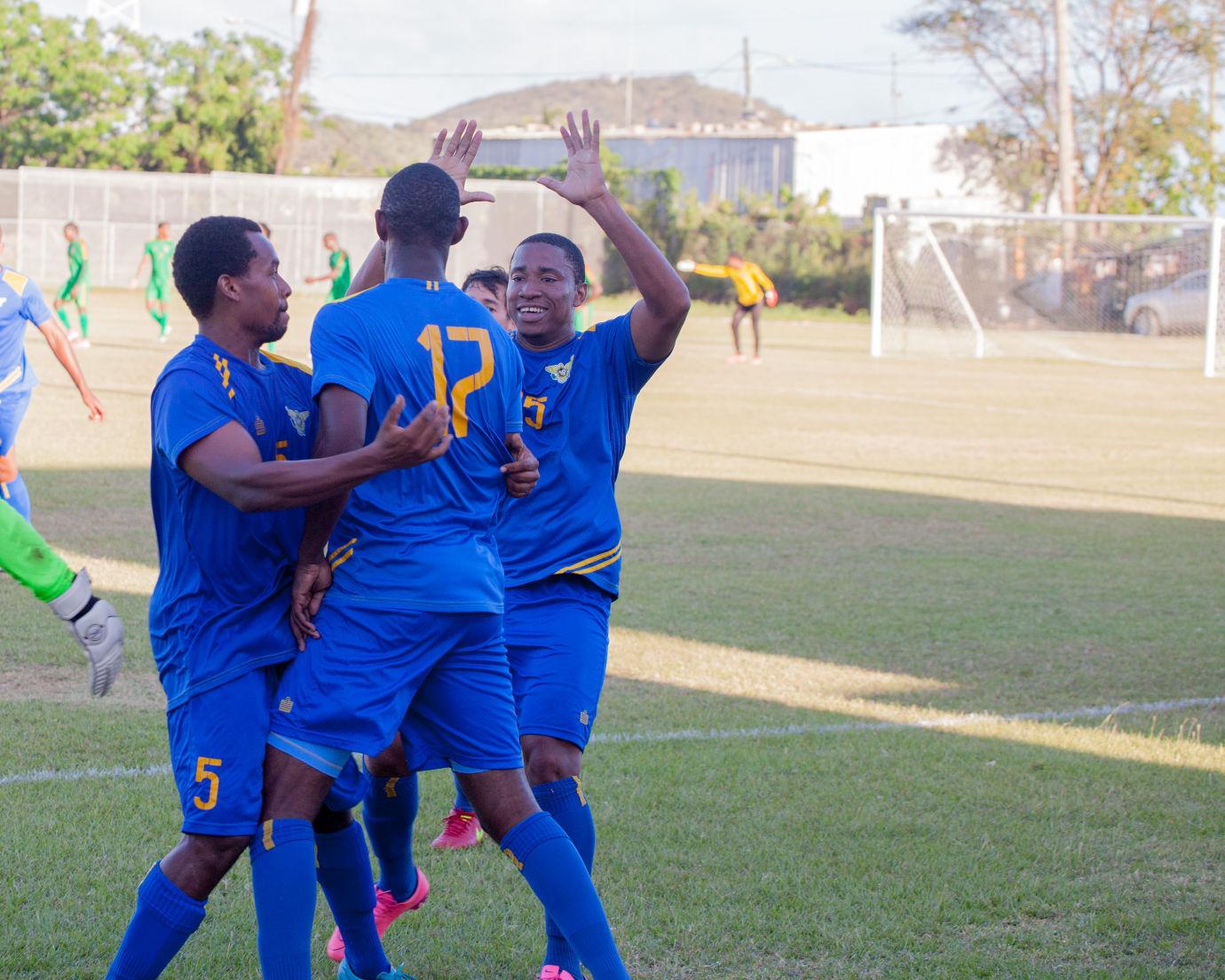 Virgin Islands goalie Erik Mozzo reacts after allowing the winning goal late in the match by Kimo Sampson of Grenada in a 2-1 match at Cancryn.

ST. THOMAS — Considering the result the last time Grenada and the U.S. Virgin Islands met on the soccer field, Tuesday represented a step forward for the USVI national team.

Still, Grenada scored a late goal to defeat the hosts, 2-1, at the Addelita Cancryn grounds on St. Thomas in qualifying for next year’s Caribbean Cup.

The teams last meet in 2008 in a qualification match for the 2010 World Cup, with host Grenada winning that match, 10-0.

Despite the loss, the USVI still moves on to the next round after scoring its first Caribbean Cup qualifying win on Saturday against St. Maarten.

“The boys can be very proud,” USVI captain and midfielder Dewayne Dyer said. “I think we sent a statement not to just Grenada, but also to the whole Caribbean, that it’s no more 10-0s. We win or we go down trying to the very end. And I think everyone witnessed that. I’m proud and everyone should be very proud.”

The USVI, ranked No. 178 out of 209 FIFA national teams, nearly earned a draw against Grenada, ranked 161st.

After the Grenadians capitalized on a defensive giveaway to take a 1-0 lead into halftime, Trevor Wrensford continued his strong start to national play with the equalizer.

In the 68th minute, Tnoy Andrew brought the ball up the right sideline and crossed the ball to Adam Fuller, who flicked it over to fellow forward Ashanti Herring, who misfired a shot badly.

Fortunately, it went right to Wrensford, who scored his second goal in as many games for the USVI by burying a shot low for the tie.

“It feels really good to help out,” said Wrensford, who USVI coach Ahmed Mohamed said was playing because of an injury to Lorne Maxime. “Playing at the national level is as high as you can get, and to score to help the team, I think that’s something that is pretty awesome.”

Wrensford, who also scored the game-winner against St. Maarten, grew up on St. Kitts, but lives on St. Thomas, where his dad is from, and plays in the USVI men’s league for Raymix.

Grenada would get the game-winner with about 5 minutes left in the match, though, as Kimo Sampson took a centering pass, and lined up a shot from 22 yards out past goalkeeper Erik Mozzo.

“This was a lack of concentration,” Mohamed said. “We didn’t intercept the ball through the middle, that was the only thing. And we were really tired.”

Sampson celebrated with a handspring and a flip after ensuring his team the group championship.

“We kept giving away bad passes and rushed a little, but the teamwork, it was good,” Grenada captain Shannon Phillip said. “I don’t think it went as planned, but what is most important that we got the three points.”

Shane Rennie had the first goal for the visitors.

The USVI will play in the second round of qualifying in another three-team pool with two matches in June. The pairings were not yet determined as of late Tuesday night because the rankings depended on other results throughout the region.

Of the 15 teams in round two, nine will move on to round three.

To prepare, Mohamed said the team will resume training in May and hopes to schedule an exhibition match in May.

“Technology is wonderful, and we’re always making sure we’re doing what we need to to,” said Dyer, who was born on St. Thomas, but grew up in Birmingham, England. “Now that we’ve come down and saw first-hand where we are, that can only help us as we go away individually and work hard, and try to do even better.”

Dyer is one of the most experienced players but is without a club team currently after his Atlanta Silverbacks of the North American Soccer League recently folded. Dyer said he hopes to find a new team to play for on the U.S. mainland.

In addition to Maxime, the USVI was without defender Jacob Borden because of an injury, clearing the way for Zach Nelthropp of St. Thomas to make his national team debut.

“I feel honored to represent the nation, and I hope I did everyone proud,” said Nelthropp, an Antilles School graduate. “It’s an amazing feeling and you hope you’re just prepared to do your best in the game.

“We knew we advanced with the win, but it was important with the rankings and the next round. So we were all out there just fighting like it was our last game ever. It was a hard-fought game even though it was a loss.”