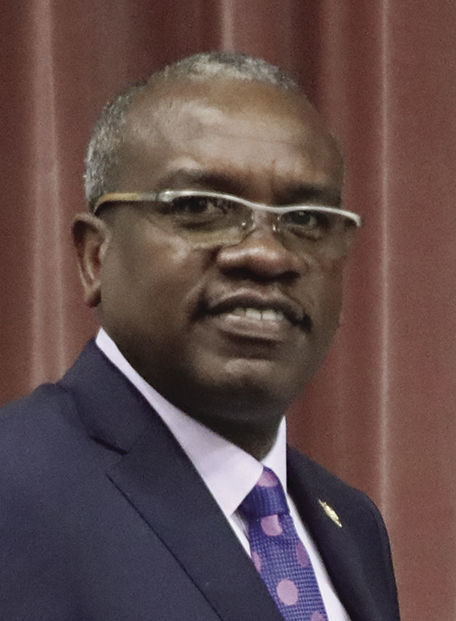 There may be some light at the end of the tunnel towards resuming horse racing in the U.S. Virgin Islands.

Gov. Albert Bryan Jr. revealed in a press release issued Friday that a preliminary settlement has been reached between two of the parties in a federal lawsuit over the use of Video Lottery Terminals at the territory’s race tracks.

The revelation of the preliminary settlement between St. Croix-based VIGL Operations LLC and St. Thomas-based Southland Gaming came as Bryan announced that he had met with several V.I. legislators a day earlier to discuss restarting horse racing in the USVI.

“Our meeting was fruitful and productive, and the Legislature and the Bryan/Roach Administration are in accord with getting horse racing in the territory up and running as quickly as possible,” Bryan said. “I’m looking forward to working with my colleagues in the 34th Legislature to making the revival of the horse racing industry a priority and jointly and proactively pushing this effort forward.

“The current conversations are to ensure that both branches of government are in lockstep with the changes needed in order to settle the disagreement between the two parties and bring horse racing back to the territory. We know how important this is to the horsemen and racing fans,” Bryan said.

The news of the preliminary settlement came as the V.I. Horse Racing Commission was meeting via teleconference Friday, with several of its members receiving the press release just hours before the meeting.

“I only have the press release that you just read,” commission chairman Hugo Hodge Jr. said during Friday’s meeting. “I don’t really have any comment or have any knowledge other than reading the press release. I haven’t gotten my update yet, so I don’t know what’s going on.”

Word of the preliminary settlement also comes as VIGL Operation’s temporary license to operate the tracks nears an end. The license, which has been extended several times, is set to expire Dec. 31, and Hodge said that there has been “no indications” from VIGL that they will request another extension.

“It’s a legal matter … so we’ll see how that goes,” Hodge said earlier in Friday’s meeting. “That just lends to our understanding that whatever’s going on, it might require some amendments to the legislation. I don’t have any details, just speculation or analysis on what’s going on.”

The proposed settlement could bring an end to a two-year-long legal battle between Southland Gaming and the V.I. government over its October 2016 agreement with VIGL to rebuild and operate both of the territory’s race tracks — Randall “Doc” James Race Track on St. Croix and Clinton E. Phipps Race Track on St. Thomas — as well as open “racinos” at the two facilities.

On April 10, U.S. District Court Judge Curtis Gomez agreed with Southland Gaming that its Video Lottery Terminal machines “are interchangeable, and in many cases are in fact identical” to the video slot machines operated by VIGL Operations.

That put into jeopardy VIGL’s $27 million agreement with the V.I. government, signed by then-Gov. Kenneth Mapp in October 2016, with supporting legislation rushed into law in a late-night session nearly a month later. According to Bryan’s press release, VIGL has spent approximately $17 million so far in its reconstruction efforts.

The rebuilding of both tracks was sidetracked first by hurricanes Irma and Maria in September 2017; then by the lawsuit and the worldwide coronavirus pandemic as it became an issue in the U.S. Virgin Islands earlier this year.

While the V.I. Horse Racing Commission — formed to take over for governing boards on both St. Croix and St. Thomas — has moved forward with establishing racing rules and regulations, the lawsuit had put on hold such needed items as training and certifying race officials.

All of the above had also kept the horse owners from exercising and training their mounts. Before the COVID-19 outbreak limited travel, many of the St. Thomas-based owners were racing their horses at the Ellis Thomas Downs race track on Tortola. Since Gomez’s decision, VIGL has halted work at both tracks, and kept horse owners from using the facilities for training.

“Unfortunately, VIGL has not wavered or changed from their decision to lock the gate on both tracks,” Hodge said during Friday’s meeting. “They also have not spread the surface on St. Croix’s track. Now I know that there has been mediation taking place, I don’t know how that will impact it going forward. As of right now, there has been no movement in that direction.”