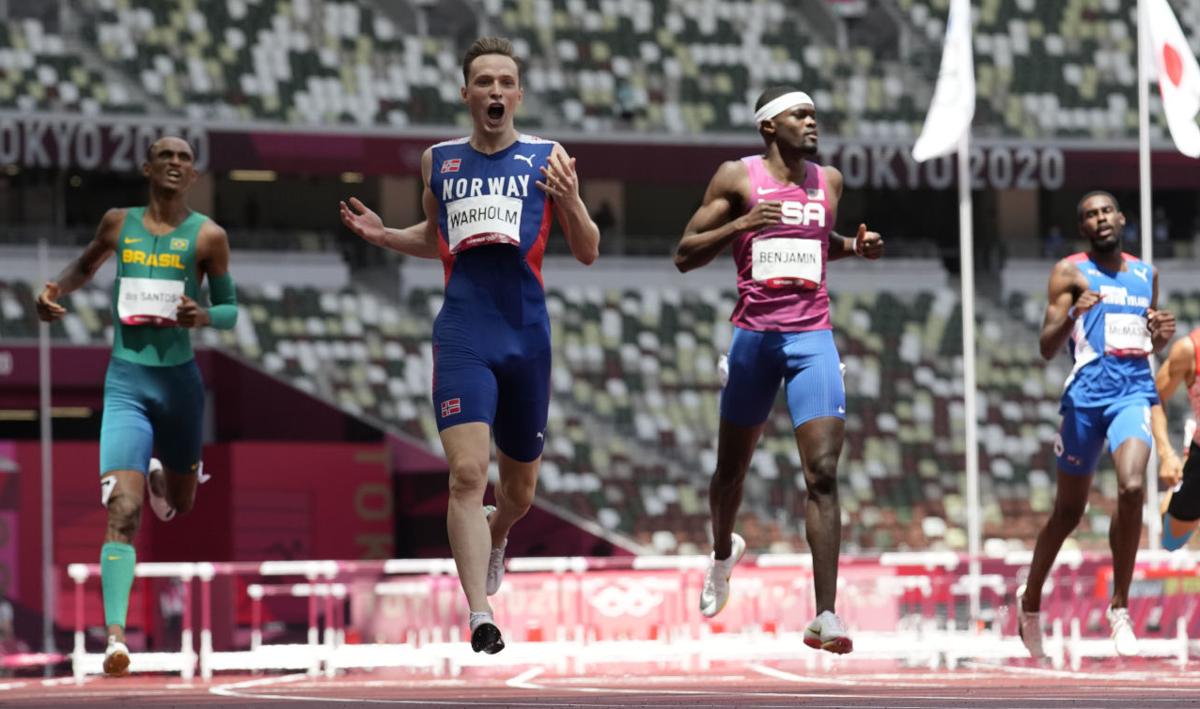 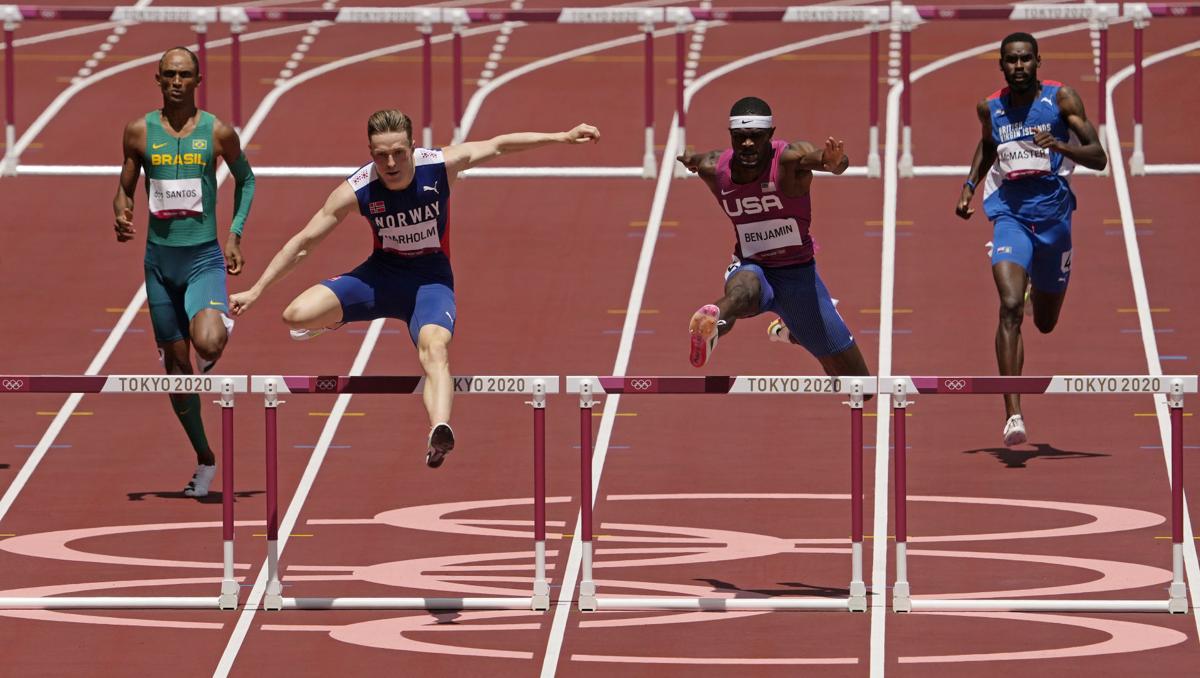 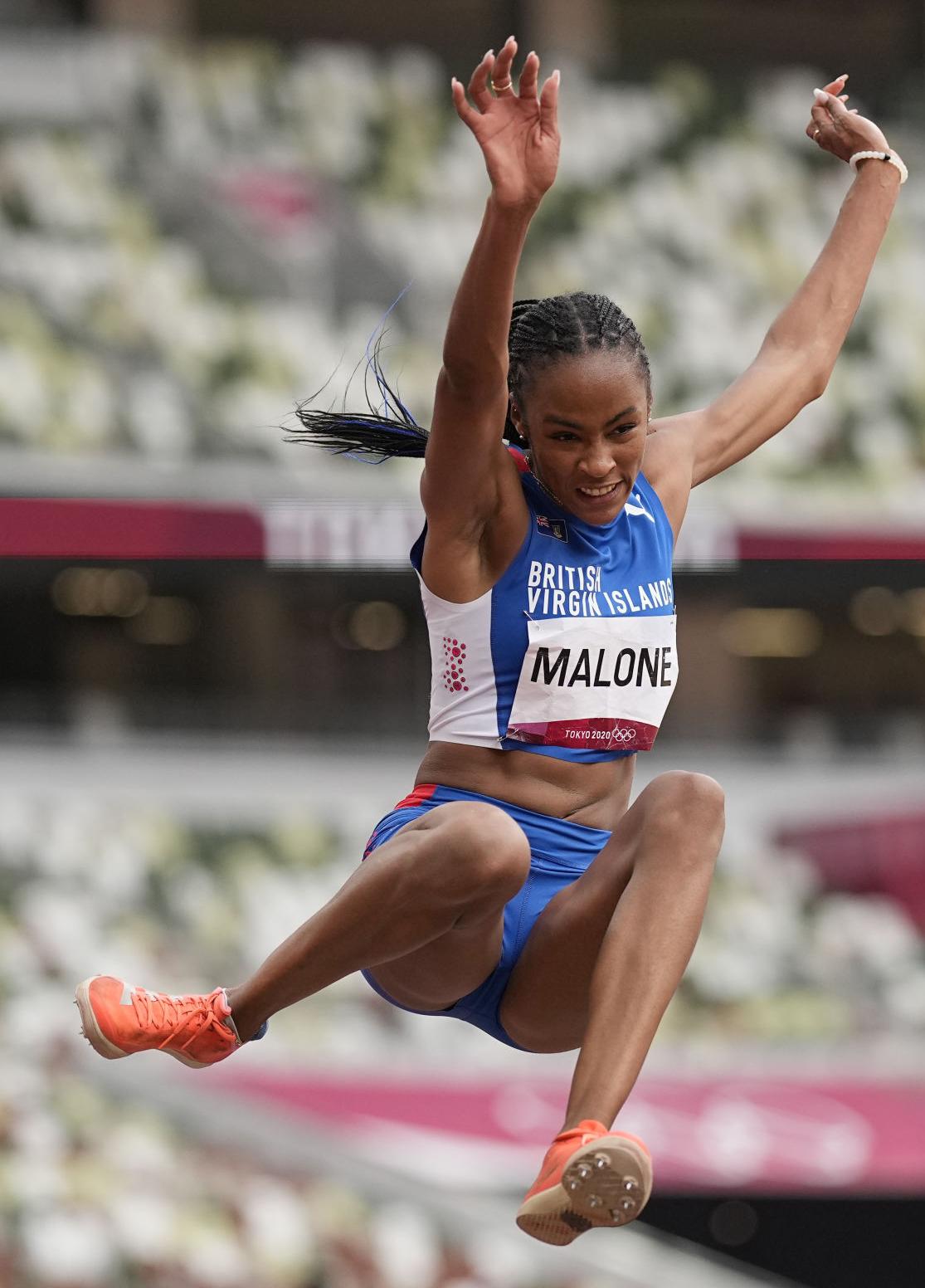 Chantel Malone of the British Virgin Islands competes in the women’s long jump final Tuesday morning (late Monday night in the BVI and U.S. Virgin Islands) at the 2020 Tokyo Olympics. Malone finished 12th after posting a best jump of 6.50 meters. 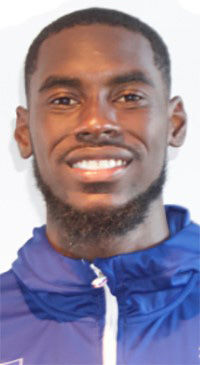 Chantel Malone of the British Virgin Islands competes in the women’s long jump final Tuesday morning (late Monday night in the BVI and U.S. Virgin Islands) at the 2020 Tokyo Olympics. Malone finished 12th after posting a best jump of 6.50 meters.

Kyron McMaster came close to doing what no other British Virgin Islands athlete had ever done — earn an Olympic medal.

Instead, the Tortola native came just a few fractions of a second short Tuesday afternoon (late Monday night in the BVI and U.S. Virgin Islands) in the 2020 Tokyo Games.

McMaster finished fourth in the final of the men’s 400-meter hurdles at the Olympic Stadium, crossing the line in 47.08 seconds, just 0.36 seconds behind bronze medalist Alison dos Santos of Brazil (46.72 seconds).

Not only did McMaster post a personal best in the event, but he shattered his own BVI record of 47.50 seconds that was set May 9 in California.

It also gave McMaster the best-ever finish by a British Virgin Islands athlete in the Summer Olympics, besting the record set by sailors Robin Tattersall, Robert Hirst and John Shirley in finishing 17th in the men’s soiling division at the 1992 Barcelona Games.

However, that wasn’t the only record to fall — some spectacularly so — in the men’s 400 hurdles final.

Norway’s Karsten Warholm, the world’s top-ranked hurdler and considered the favorite going into the final, took the gold medal with a world-record run of 45.94 seconds — shattering his own record of 46.70 seconds set just over a month ago.

Warholm, who bolted off the blocks with a 0.145-second reaction time, led from the start and finished 0.23 seconds ahead of American hurdler Rai Benjamin, who took the silver medal in 46.17 seconds — also bettering Warholm’s former world record mark, but now only good for a North American record.

Warholm flashed his trademark look of amazement when he crossed the line first — the same as he did when he announced himself on the world stage with his victory at world championships in 2017.

In all, six of the eight hurdlers in the men’s 400 hurdles final set records — either a world record in Warholm’s case, or continental or national records, as McMaster did.

Malone’s first jump was her best, and left her sitting eighth out of the 12 finalists. But while her competition improved with their subsequent jumps, Malone didn’t.

That left Malone sitting in 12th — and out of the running to advance, with only the top eight after three jumps moving on.

Germany’s Malaioka Mihambo took the gold medal, posting a 7.0-meter jump on her final attempt. She edged out American jumper Brittney Reese, who took a tiebreaker over Nigeria’s Ese Brume after both had 6.97-meter jumps.

— The Associated Press contributed to this report.