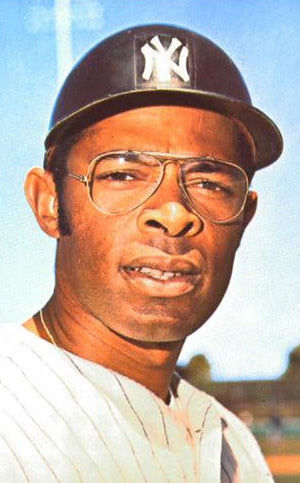 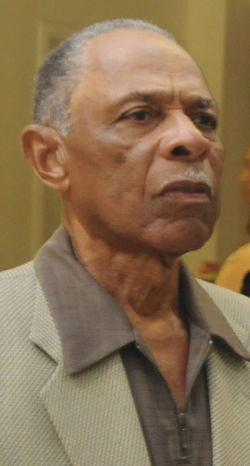 U.S. Virgin Islands native Horace “Hoss” Clarke, who spent a decade playing in the major leagues for two different teams, passed away Wednesday. He was 81.

Clarke was born June 2, 1939, in Frederiksted on St. Croix, graduating from the old Christiansted High School. Soon after, he was signed by the New York Yankees as an amateur free agent in 1958.

After seven years in the Yankees’ minor-league system, Clarke made his major league debut early in the 1965 season with the Yankees against the Boston Red Sox on May 13, 1965, hitting a single in his first career at-bat.

The right-hander shared starting duties at shortstop during the 1966 season, then became the Yankees’ starting second baseman in 1967 with the retirement of veteran Bobby Richardson.

Clarke, who became one of the Yankees’ most popular players during the late 60s and early 70s, also played in the first major league exhibition game played in the U.S. Virgin Islands, as the Yankees beat the Red Sox on March 31, 1967, at the old Paul Joseph Stadium on St. Croix.

While not known as a power hitter, Clarke did become the first major leaguer to break up three no-hitters in the ninth inning over his career — and he did that in the span of a month during the 1970 season, against the Kansas City Royals on June 4, the Boston Red Sox on June 19 and the Detroit Tigers on July 2. He was the only player to accomplish that until Joe Mauer, a former American League Most Valuable Player, did it in 2014.

However, Clarke’s tenure with the Yankees ended midway through the 1974 season, when his contract was sold to the San Diego Padres for $25,000. He went on to retire after the 1974 season.

A switch hitter, Clarke hit .256 with 27 home runs and 304 RBIs, plus had 151 stolen bases in 10 seasons with the Yankees and Padres. Ironically, his first two career home runs were grand slams, the only player in MLB history to accomplish that.

After retiring from the major leagues, Clarke returned to St. Croix and became a baseball instructor with the V.I. Sports, Parks and Recreation Department until 1997, and an assistant scout with the Kansas City Royals during the mid-1980s.

Clarke was also a fixture at Yankees’ “old-timers games” over the years, with his last appearance in 2013. He also had the ballpark beside Arthur A. Richards Junior High School named in his honor in 2014.

Clarke’s sons also played pro ball, but never advanced out of the minor leagues. His oldest son, Jeff, spent several years in the Kansas City Royals organization in the early and mid-1990s; youngest son Jason was the Florida Sun Conference’s player of the year in 1998 while at Miami’s St. Thomas University, then spent two seasons in the Chicago Cubs organization.