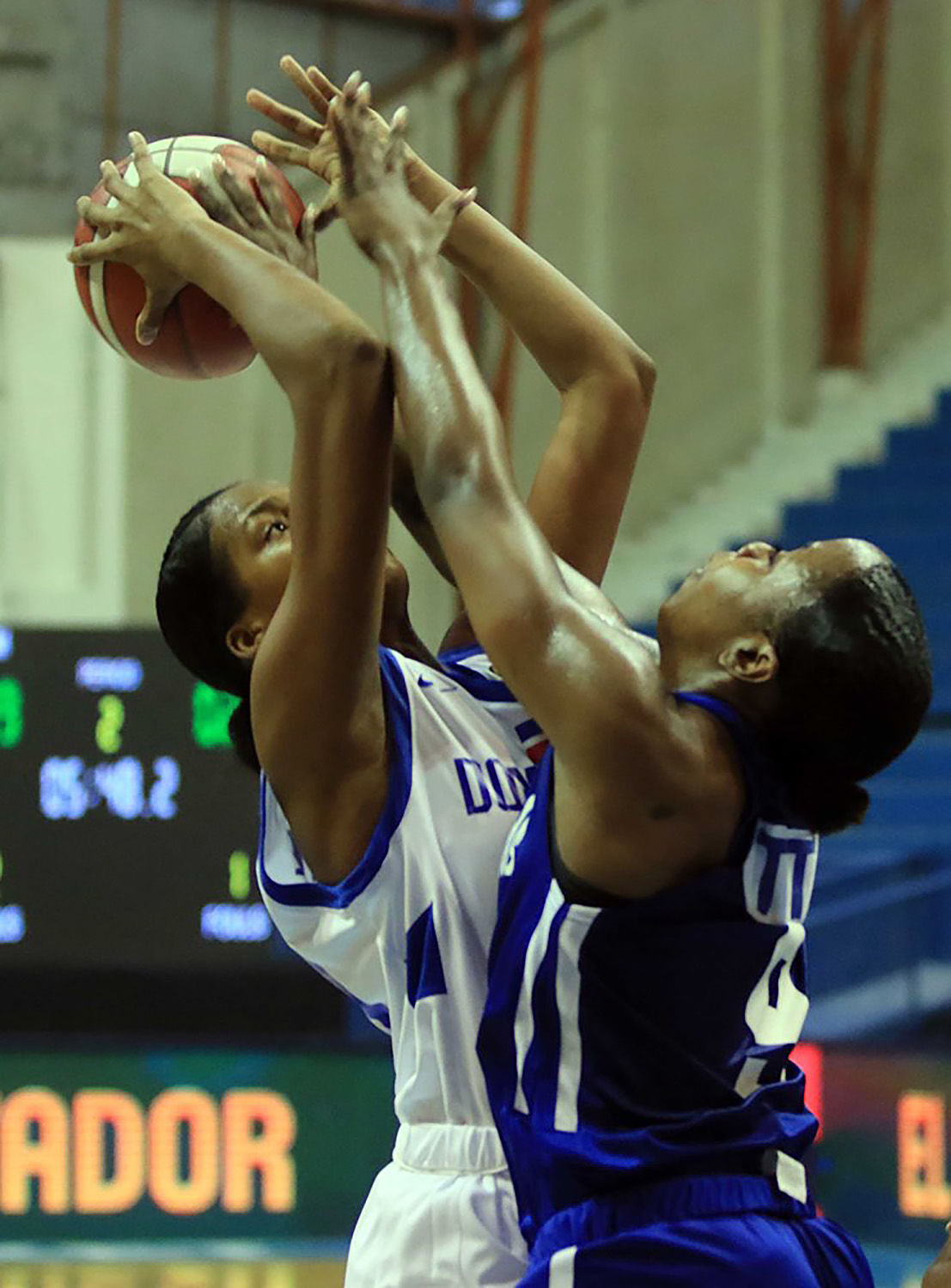 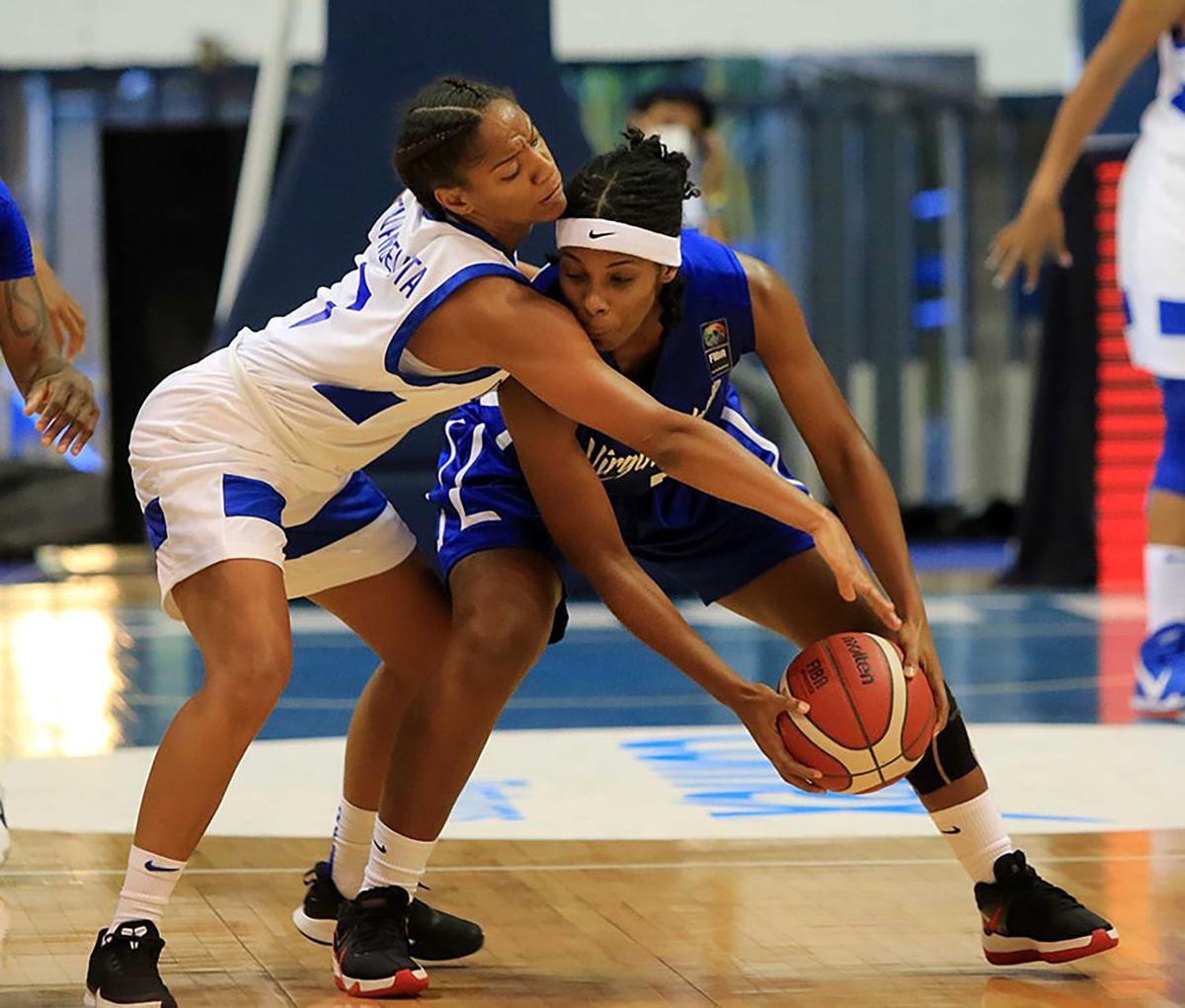 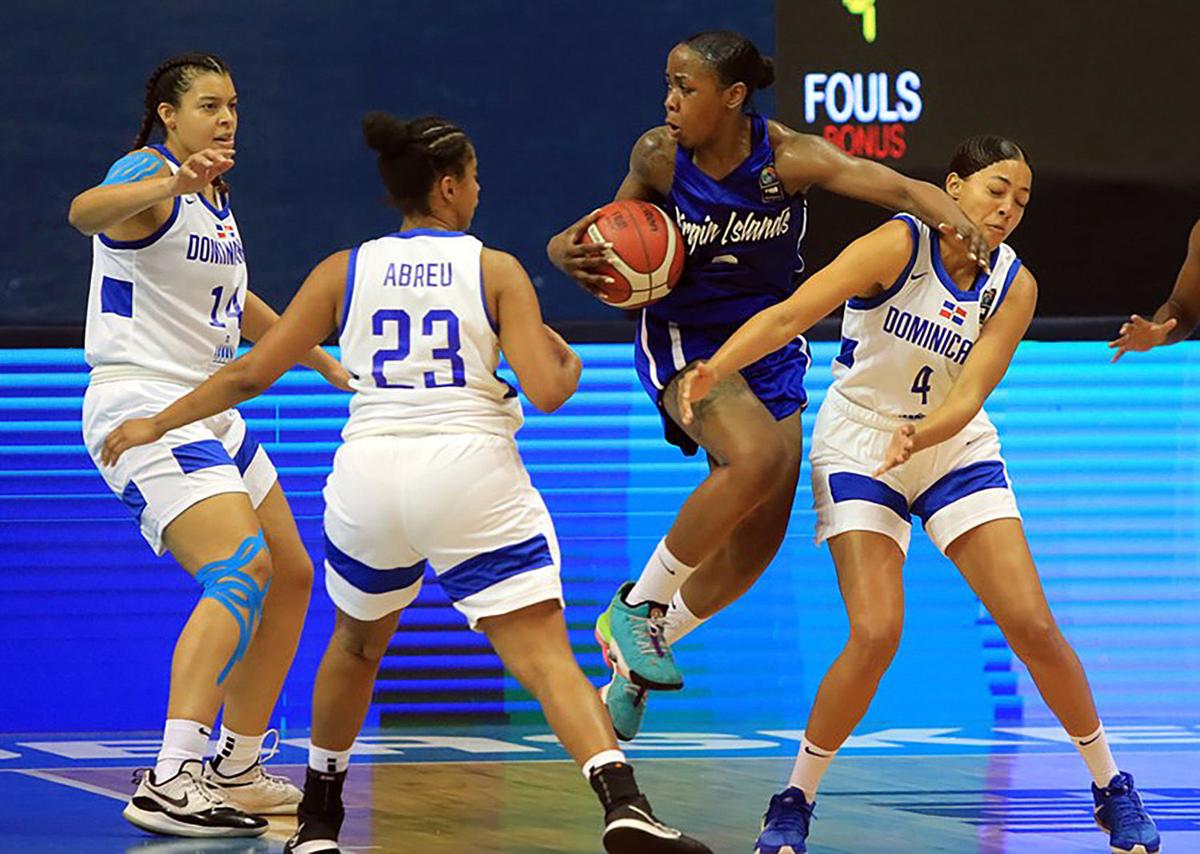 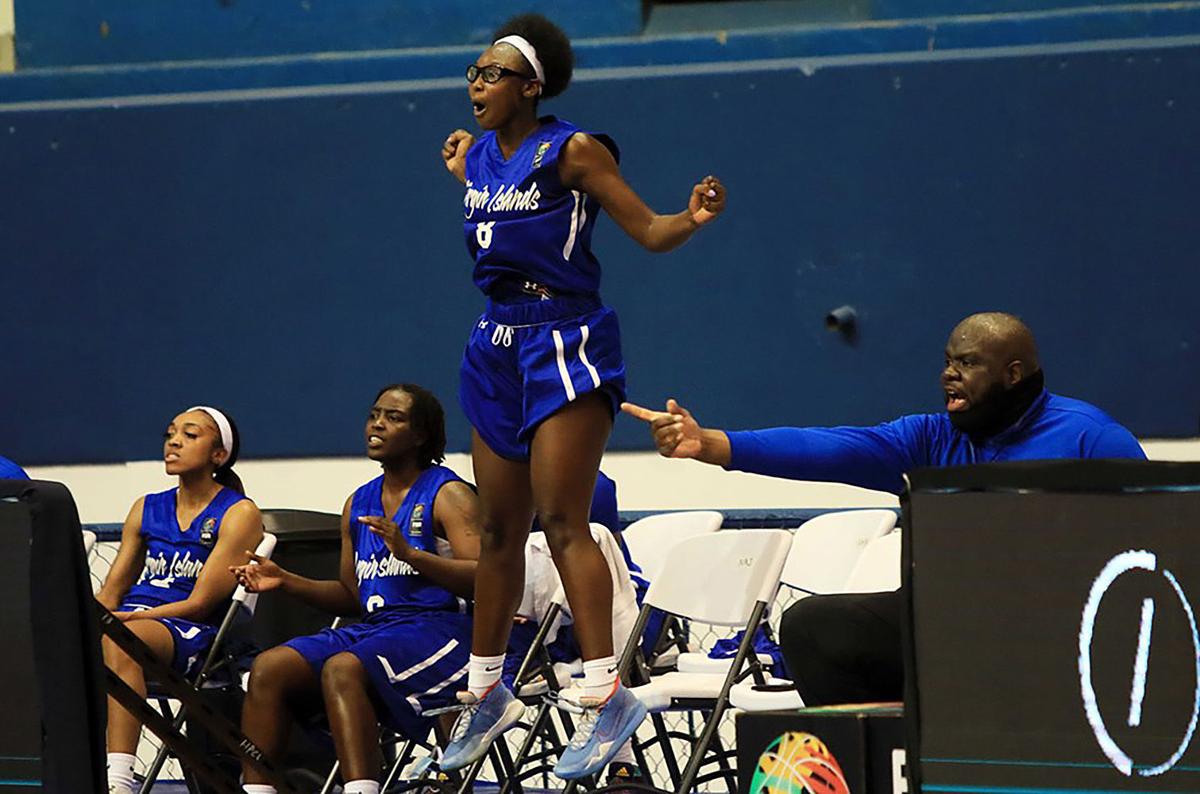 That happened Friday night, as Tate came up with a triple-double in leading the USVI National Team to a come-from-behind, 81-76 victory over the Dominican Republic in San Salvador, El Salvador.

Tate finished with a game-high 20 points, 14 rebounds and 12 assists for her first career triple-double in international competition for the U.S. Virgin Islands, which improved to 2-1 and locked in a berth for the FIBA Women’s AmeriCup tournament later this year in Puerto Rico.

Four players finished in double figures for the USVI National Team, which also put itself in position to finish on the medal stand when the CentroBasket tourney concludes Sunday.

Anisha George had her third straight double-double with 16 points and 12 rebounds, newcomer Naja Ngongba — playing in just her third international game — came off the bench for 15 points, and Brittney Matthew added 12 points for the USVI.

The final minutes of the fourth quarter. The Dominican Republic, which led by as many as 13 points in the third quarter, was ahead 75-70 with 4 minutes, 29 seconds left when the U.S. Virgin Islands made its comeback.

Tate had assists on back-to-back baskets — a layup by George and a 3-pointer by Ngongba — that tied the game at 75-all with 3:24 left. A minute later, Matthew nailed a 3-pointer to put the USVI ahead to stay.

Tate added a jumper at the 1:52 mark and Akia Frett made a free throws with 28 seconds remaining to cap an 11-point run and give the USVI an important win.

Imani Tate, U.S. Virgin Islands: After teasing with triple-doubles in her first two CentroBasket games, the 5-foot-9 guard finally broke through —and at the right time. She also finished with five steals.

Elema Colome, Dominican Republic: The 5-8 Syracuse grad was the D.R.’s most consistent scorer (making 7 of 14 shots, including 2 of 5 3-pointers) and defenders (a game-high seven steals).

• The USVI has been dominant on the boards throughout the CentroBasket tournament, and Friday’s game was no exception, outrebounding the Dominican Republic 53-39. Through three games, the USVI leads the tournament in rebounding at 59.3 per game.

• The U.S. Virgin Islands may have found its 3-point shooting threats in Ngongba — a 5-11 center who just completed her senior season in high school — and Matthew. Ngongba was a perfect 3 for 3, while Matthew made 3 of 7. The rest of the USVI squad? A combined 0 for 13.

The U.S. Virgin Islands — 49th in the FIBA rankings — finally gets a day off, then closes out the tournament Sunday against El Salvador — ranked No. 85 — at the Jose Adolfo Pineda National Gymnasium in San Salvador.