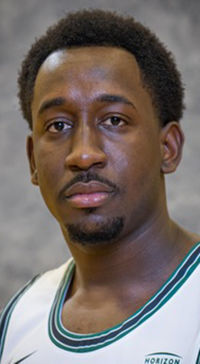 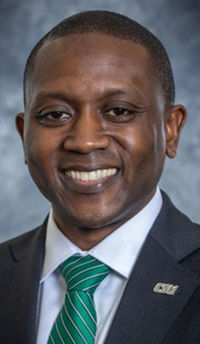 When Dennis Gates took over as head coach of Cleveland State’s men’s basketball team nearly two years ago, he had to look far and wide for players to fill out the Vikings’ roster.

That search even took the veteran coach to the British Virgin Islands, where Gates found two players that helped Cleveland State climb to the top of the Horizon League.

Tortola natives Franklyn Penn Jr. and D’Moi Hodge have helped the Vikings climb from an 11-21 record in Gates’ first year (the COVID pandemic-shortened 2019-2020 season) to a 16-7 mark and a share of the league’s regular-season title (with Wright State) this season.

That also gave Cleveland State the No. 1 seed and a first-round bye in the Horizon League tournament, with the Vikings hosting 10th-seeded Purdue-Fort Wayne tonight in a quarterfinal game in Cleveland, Ohio.

“They’re two very different players,” Gates — who was named the league’s coach of the year in back-to-back seasons — said in a telephone interview. “But they’re both talented, and they’ve both made an impact in our program, especially in the early stages.”

Hodge, a 6-4 junior guard, is second on the Vikings in scoring at 10.4 points per game, and led the team in steals (1.6 per game). He also had a career-high 46-point night — third-highest in CSU history — against Purdue-Fort Wayne on Dec. 20.

“It’s not about the logo of who you’re playing for or the level [of competition], it’s playing for the right fit and the right person that believes in you,” Gates said. “That’s what both of these kinda feel, that I’m a guy that they can relate to and can trust, and can build beyond these years in college.”

Penn, whose family lives in the Huntum’s Ghut section of Tortola, was actually among Gates’ first signings when he took over the Cleveland State job in late July 2019 after eight years as an assistant coach at Florida State.

Gates admitted that Penn — who played junior college ball at New Mexico Junior College and Panola College — wasn’t on his radar when he was looking for players. But a call from two friends in the coaching community — Jerome Tang, Baylor’s associate head coach and former head coach of the U.S. Virgin Islands National Team; and Jareem Dowling, an assistant coach at North Texas and a USVI National Team assistant — made him reach out.

“[Gates] came from a winning program at Florida State,” Penn said. “We started building a great relationship. The other coaches were just talking and talking, but it wasn’t really pulling my interest. But I just put my trust in him from Day 1. In talking to Jareem and Coach Tang, they definitely made sure I was going to wind up in the right spot to fulfill my dreams.”

Hodge, 22, followed the following year, after spending a year at Faith Baptist Christian Academy in Ludowici, Ga., and two seasons of junior college ball at State College of Florida, near Orlando, Fla. He was a highly sought-after JUCO recruit — ranked 11th in the nation by JuCoRecruiting.com, a national recruiting website — but Hodge said he held off signing until he found the right fit.

Gates was among those pursuing Hodge when he was a Florida State assistant; when he made the move to Cleveland State, he stayed in touch.

“I’m big on relationships,” Hodge said. “A lot of offers were coming in, and all were coming with the same stuff — there was no relationship to it. To be honest, Cleveland State wasn’t the first option, but [Penn] and I talked for about 4-5 hours about how it was there. There was a family relationship there.”

Said Penn: “We played against each other as kids growing up. [Hodge] had to come home to Cleveland State — he just HAD to.”

To help build those relationships, Gates made a trip to Tortola while recruiting Penn — and wound up meeting Hodge’s family while there.

“It meant something for me to just go over there,” Gates said. “I went over to see the Penns, not even knowing that we were going to get D’Moi.”

Both Penn and Hodge were looking forward to Cleveland State’s planned trip to St. Thomas to play in the Paradise Jam tournament last November — both had actually attended tournament games in the past, and played for a BVI all-star team in an exhibition game against the University of the Virgin Islands there in 2016. But the worldwide COVID-19 pandemic changed those plans.

“It’s not Paradise Jam if it’s not in the Virgin Islands,” said Penn, referencing the move of last November’s tournament to Washington, D.C. “I ain’t gonna lie — I was pissed off for a very long time when I heard that they [moved] it.”

Said Hodge: “Paradise Jam, people from Tortola don’t really go over to watch those games. But knowing that me and [Penn] would have been playing in the games, it would have been like J’ouvert — the whole island would’ve been there.”