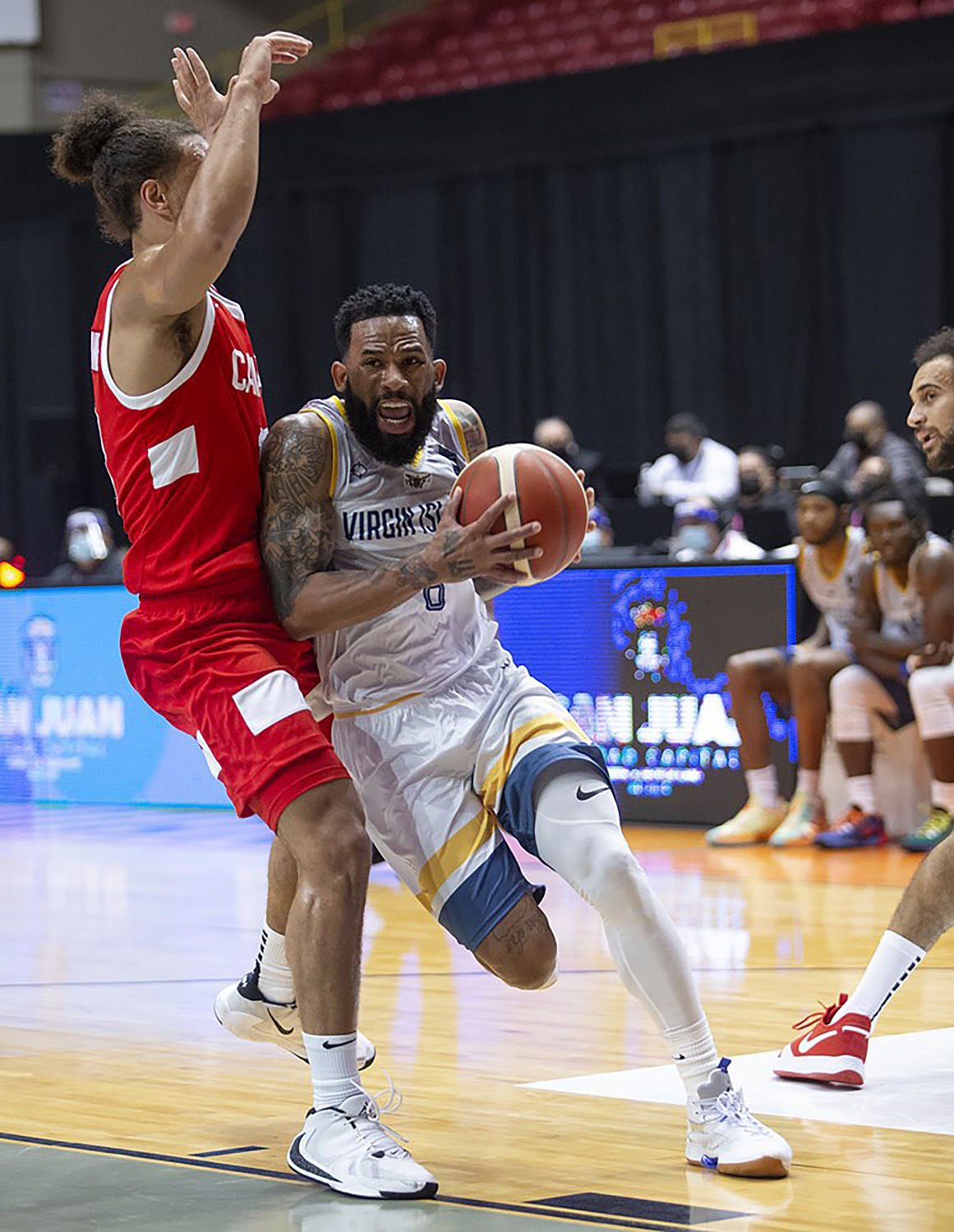 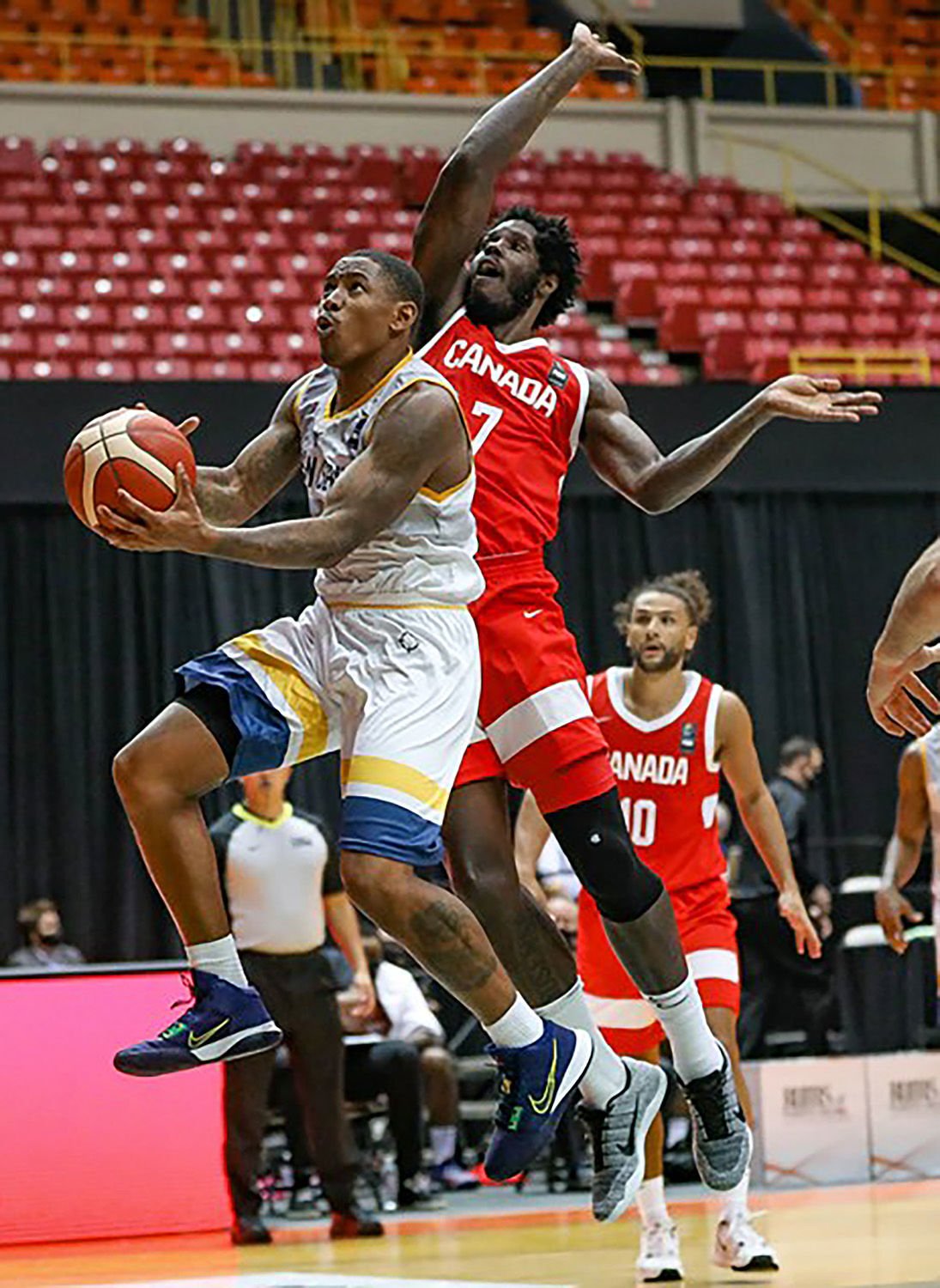 Having said that, the USVI National Team’s head coach did see some encouraging signs from his players entering today’s matchup against the Dominican Republic.

Game time is 2 p.m. Atlantic at the Roberto Clemente Coliseum in San Juan.

The U.S. Virgin Islands (1-3 in Group C) is coming off a 95-93 loss to Canada (2-1) on Wednesday night — a game that wasn’t decided until the final seconds, with the USVI rallying from a nine-point deficit midway through the fourth quarter.

“It showed me that some of the nucleus that we have to work with in the future, some of the guys surpassed expectations,” Bough said after the game. “I see the positives out of few players who really contributed. Other guys stepped up, and made some good-effort plays.

“We got burned down at the end, but we played without one of our main guys down the stretch and still held our own.”

That comeback came without one of the USVI’s starters, Ivan Aska, who scored 22 points and grabbed eight rebounds. However, the 6-foot-7 forward fouled out with 6 minutes, 40 seconds remaining.

“Yeah, I got a technical foul,” Aska, a member of the USVI National Team since 2011, said Thursday in a telephone interview. “But when I was out, the guys were still fighting. That shows our character as individuals and as a team.

“There’s some things that we can look back on and correct. But our mood is still positive. I’ve talked to some of the guys about how they can get better. We’ve got to improve on those little mistakes, so we don’t make them again in the next two games.”

The U.S. Virgin Islands made just 26 of 43 free throws, while Canada shot a near-perfect 28 of 29. And it was a big defensive lapse that left Canada reserve Kyle Landry open three feet from the basket for what became the game-winning points.

“That last possession, if we had a little better communication, we were going into overtime,” said guard Walter Hodge, who scored 13 of his 28 points in the fourth quarter.

“But at the end of the day, I’m very proud of our fight [Wednesday night]. We went down, we came back, and we never lost full control of the game. Everybody stepped up and did a good job.”

The U.S. Virgin Islands also went into Wednesday’s game missing two players, guard Kyle Clarke and forward Jalal Johnson, both of whom were held out Wednesday after Clarke tested positive for COVID-19 and Johnson was deemed a “close contact.” Both players will have to sit out the entire weekend, according to V.I. Basketball Federation general secretary David Edole.

“What we had, we were good enough to pull it out,” Bough said. “We had guys who stepped up, like Romani Hansen [nine points off the bench], and we had other guys who made some good effort plays. It comes down to effort.”

The Dominican Republic currently leads Group C with a 3-1 record, and can clinch a berth in the FIBA AmeriCup 2022 with a win. However, the U.S. Virgin Islands is in the same situation. So is Canada, which still has two games to play against Cuba (1-2) after the Cuban National Team did not make the trip to San Juan due to the island nation’s COVID-19 situation.

A win by the USVI National Team in either of its next two games — a rematch against Canada is scheduled for 2:30 p.m. Saturday — would almost guarantee it a trip to the AmeriCup tournament.

“The next games, the pressure’s going to be on [the USVI’s opponents], because we’re the underdogs,” Aska said.

“They’ve seen what we can do. We just need to stay together and keep fighting, no matter what.”