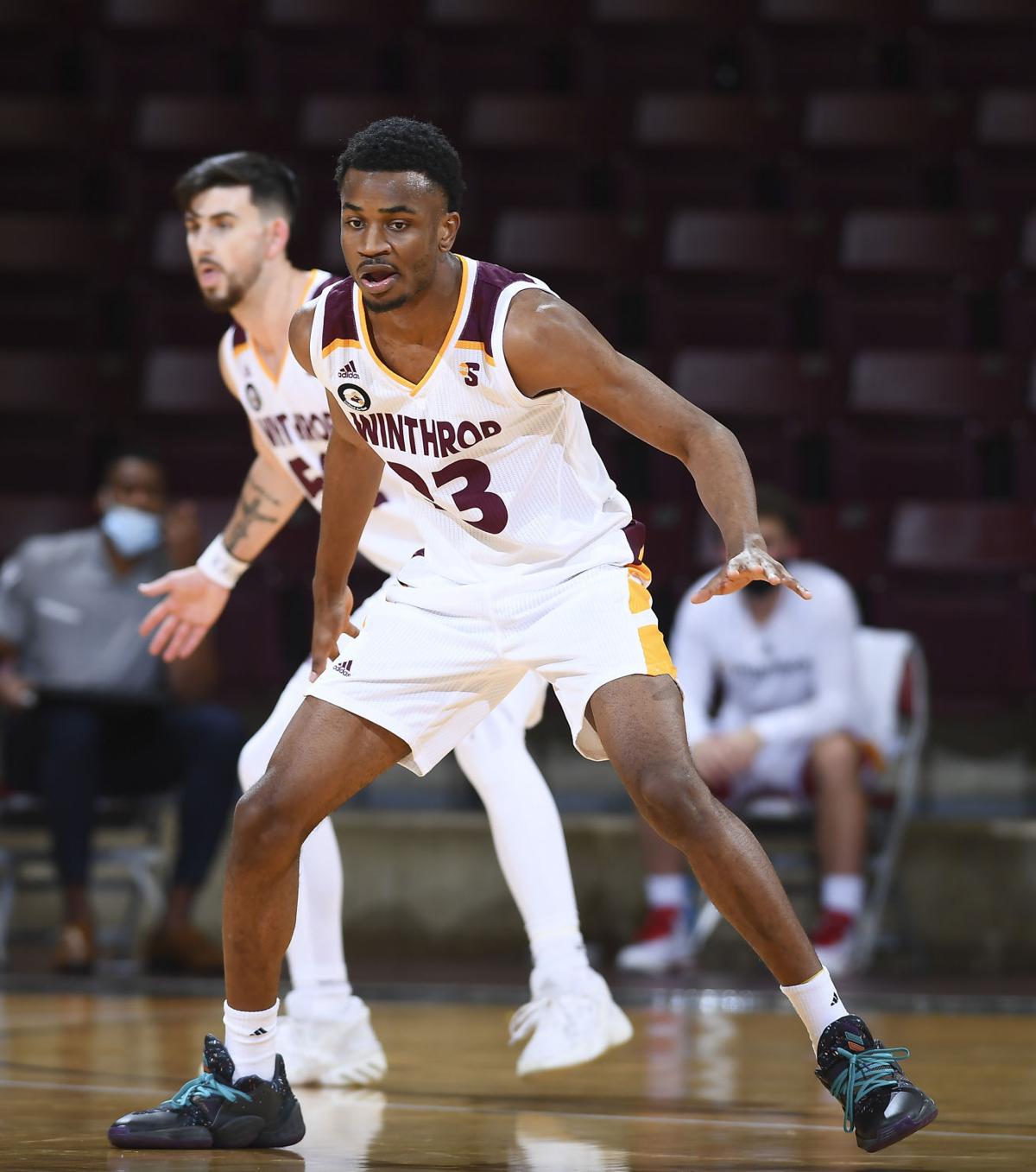 Chase Claxton, a defensive stalwart for the Winthrop Eagles, has strong ties to the Virgin Islands. 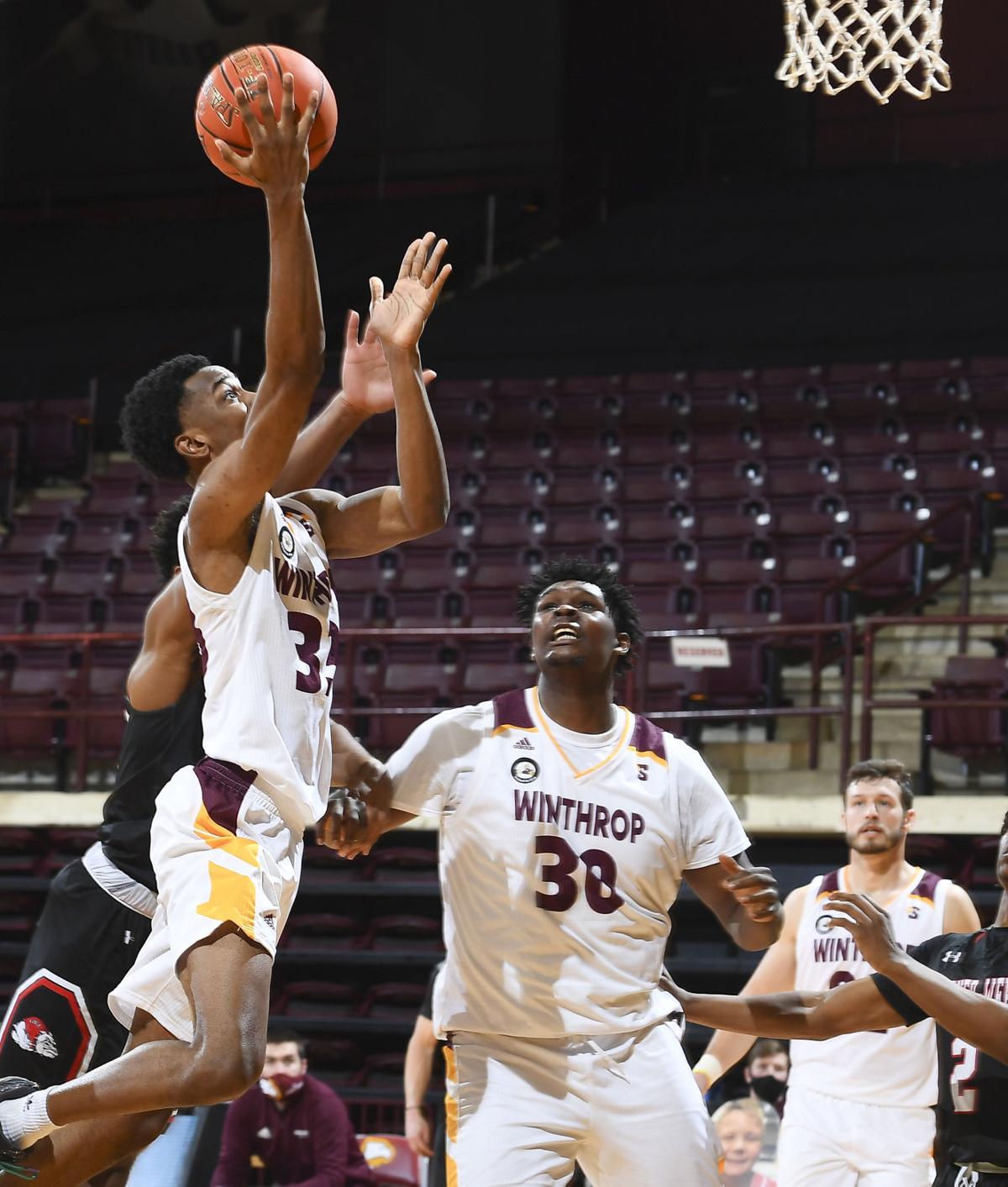 Winthrop’s Chase Claxton, left front, drives for a layup as teammate D.J. Burns Jr., right, looks on during the Eagles’ game against Gardner-Webb on Jan. 9 in Rock Hill, S.C.

Chase Claxton, a defensive stalwart for the Winthrop Eagles, has strong ties to the Virgin Islands.

Winthrop’s Chase Claxton, left front, drives for a layup as teammate D.J. Burns Jr., right, looks on during the Eagles’ game against Gardner-Webb on Jan. 9 in Rock Hill, S.C.

Kelsey’s Eagles — and with them, forward Chase Claxton — had to delay the gratification of a trip to the NCAA tournament after the coronavirus pandemic claimed the 2020 event just days before Winthrop’s team was to depart.

in Indianapolis, where the tournament will be contested.

“We have been able to enjoy it, but not as much as you probably would be able to in other years,” Claxton said. “We just enjoyed the process, enjoyed the (chartered) plane ride. The buses — everywhere we go, there’s a police escort.”

Still, Claxton is keeping everything in perspective.

“It’s more like business-oriented,” he said. “We’re not here for fun. We’re here to take care of business.”

Claxton, who grew up in Greenville, S.C., still has a strong family bond with the U.S. Virgin Islands. His father, Charles, is from St. Thomas and played in the NBA for several years following a collegiate career at the University of Georgia. His brother, Nicolas, is currently playing for the NBA’s Brooklyn Nets and was part of the USVI’s senior men’s national team.

“My dad’s side of the family has deep ties [to] the Virgin Islands. We’ve been there a few times. My brother has a basketball camp there and a few other events,” Claxton explained before last year’s cancellation.

“It’s a big part of our heritage. We never stray away from that. Every time I have a good game, I see my people from the Virgin Islands congratulating me. I love the love from there.”

Chase can now claim something that neither his father nor brother can, however. He is — finally — part of an NCAA Tournament team. The younger Claxton still won’t hold that fact over his family’s heads — at least, not until the ball is finally tipped for Winthrop’s game against fifth-seeded Villanova on Friday night.

“I’m gonna try to wait until we actually play a game this time,” said Claxton with a laugh. “I was talking about it last year and all, and then we got canceled. I’m gonna wait this year [to say anything] until we get done with our first game.”

Chase, his father and brother have maintained what he calls “steady communication” since the Eagles cut down the nets after winning the Big South tournament a little over a week ago. The sophomore has been providing his family a sort of play-by-play of his experience as he lives out the dream they have all long shared.

“They never really went through it,” said Claxton of the NCAA experience. “The whole police escort, the hotel —everything’s really nice and top-class, and I’ve just been talking to them about that.”

Chase is a key contributor to 12th-seeded Winthrop, averaging just over four points and three rebounds per game and excelling on defense. He finished second in the voting for the conference’s Defensive Player of the Year award.

“I wouldn’t trade Chase Claxton for anybody,” said Kelsey following a recent game, complimenting Claxton’s attention to detail. “He could coach our team from a defensive perspective.”

Friday night at around 10 p.m., Winthrop will take the floor, and the events of a long year will reach at least a somewhat natural conclusion. The team that fought against a dream deferred and a worldwide pandemic while staying together through it all will take the floor as a trendy pick by many to upset its former national champion opponent.

The star forward who still claims Rock City as much a part of himself as Rock Hill has a message for those who will be watching and cheering on his Eagles from the islands.

“Anybody can make it,” Claxton said. “You don’t have to be the most athletically gifted, the tallest, or the fastest. If you work toward something, you can do it. Everything isn’t going to be given to you, but if you put the work in, you’ll end up getting what you want.”