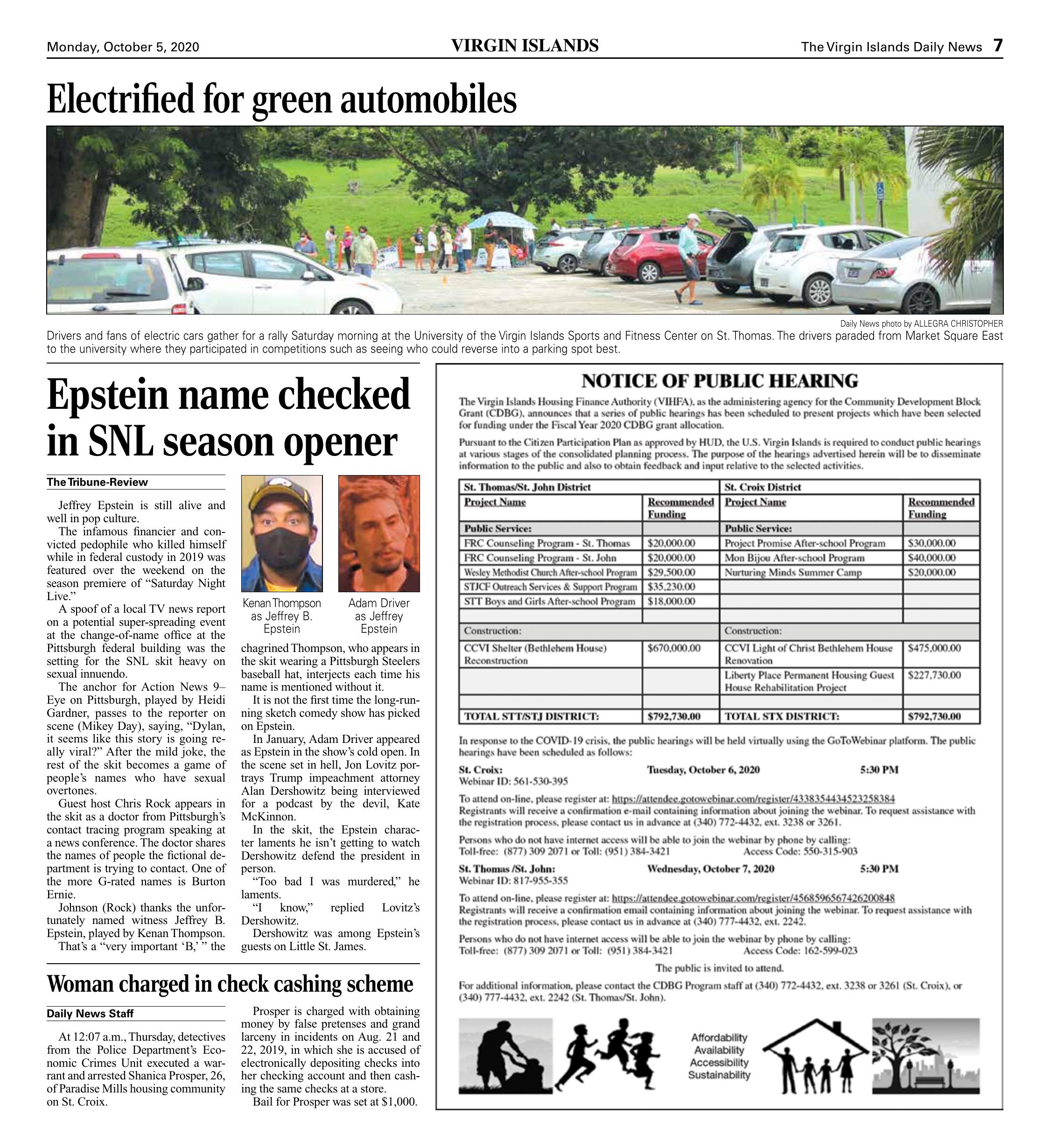 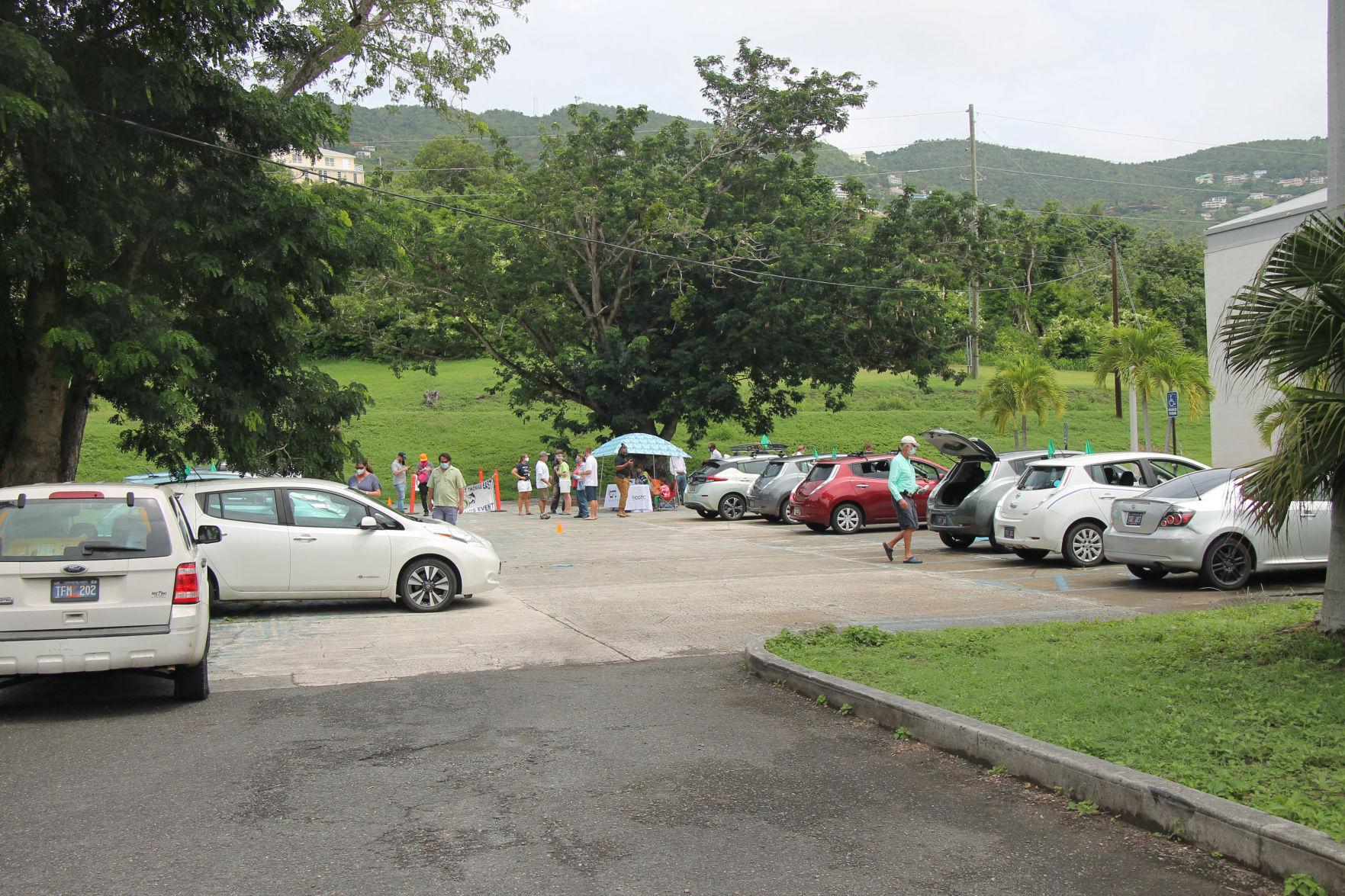 Drivers and fans of electric cars gather for a rally Saturday morning at the University of the Virgin Islands Sports and Fitness Center on St. Thomas. The drivers paraded from Market Square East to the university where they participated in competitions such as seeing who could reverse into a parking spot best.

Jeffrey Epstein is still alive and well in pop culture.

The infamous financier and convicted pedophile who killed himself while in federal custody in 2019 was featured over the weekend on the season premiere of “Saturday Night Live.”

A spoof of a local TV news report on a potential super-spreading event at the change-of-name office at the Pittsburgh federal building was the setting for the SNL skit heavy on sexual innuendo.

The anchor for Action News 9–Eye on Pittsburgh, played by Heidi Gardner, passes to the reporter on scene (Mikey Day), saying, “Dylan, it seems like this story is going really viral?” After the mild joke, the rest of the skit becomes a game of people’s names who have sexual overtones.

Guest host Chris Rock appears in the skit as a doctor from Pittsburgh’s contact tracing program speaking at a news conference. The doctor shares the names of people the fictional department is trying to contact. One of the more G-rated names is Burton Ernie.

That’s a “very important ‘B,’ ” the chagrined Thompson, who appears in the skit wearing a Pittsburgh Steelers baseball hat, interjects each time his name is mentioned without it.

It is not the first time the long-running sketch comedy show has picked on Epstein.

In January, Adam Driver appeared as Epstein in the show’s cold open. In the scene set in hell, Jon Lovitz portrays Trump impeachment attorney Alan Dershowitz being interviewed for a podcast by the devil, Kate McKinnon.

In the skit, the Epstein character laments he isn’t getting to watch Dershowitz defend the president in person.

“Too bad I was murdered,” he laments.

Dershowitz was among Epstein’s guests on Little St. James.

Prosper is charged with obtaining money by false pretenses and grand larceny in incidents on Aug. 21 and 22, 2019, in which she is accused of electronically depositing checks into her checking account and then cashing the same checks at a store.