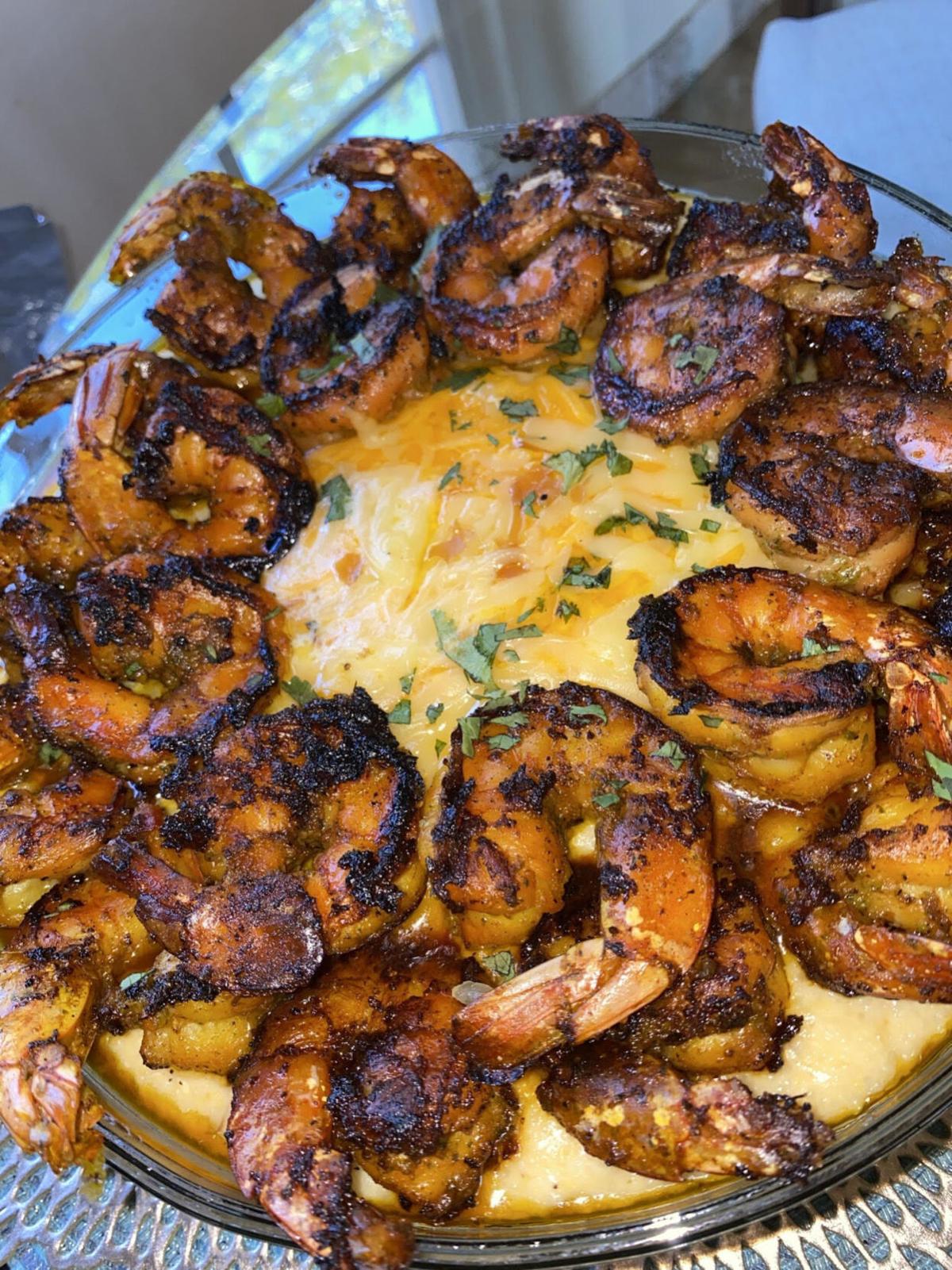 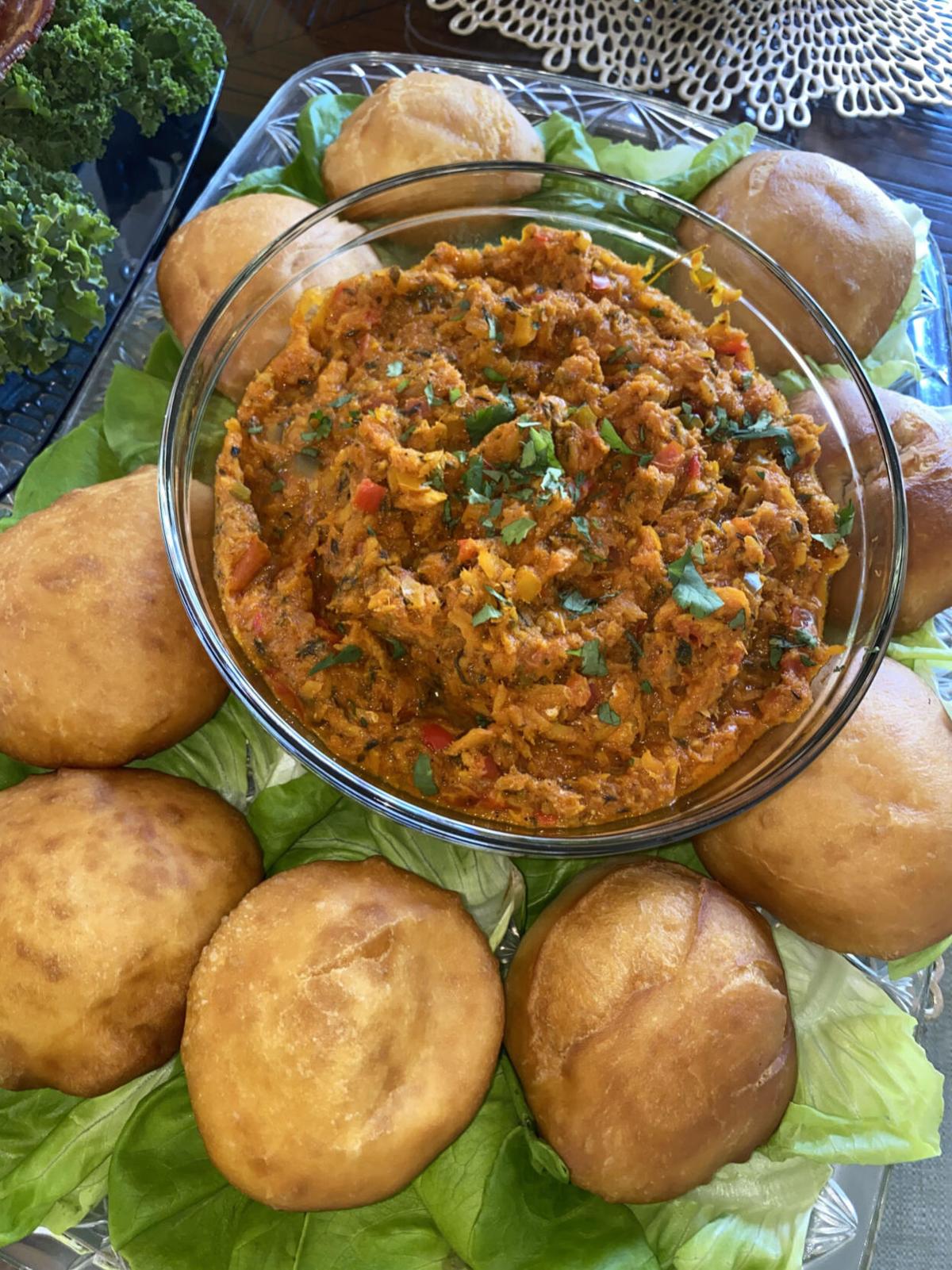 Johnny cakes with a side of Caribbean saltfish 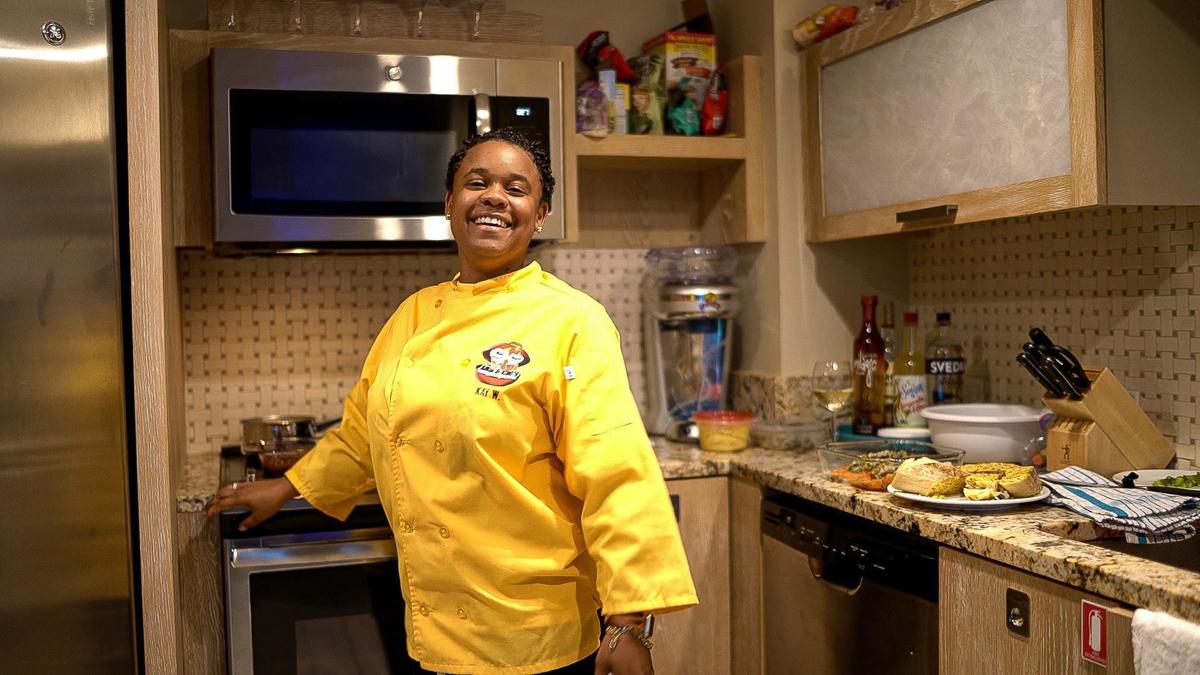 Chef Kharid Wallace of Amia & King’s Catering Service at work in the kitchen. Her dishes include Creole shrimp and cheesy grits and Johnny cakes with a side of Caribbean saltfish. 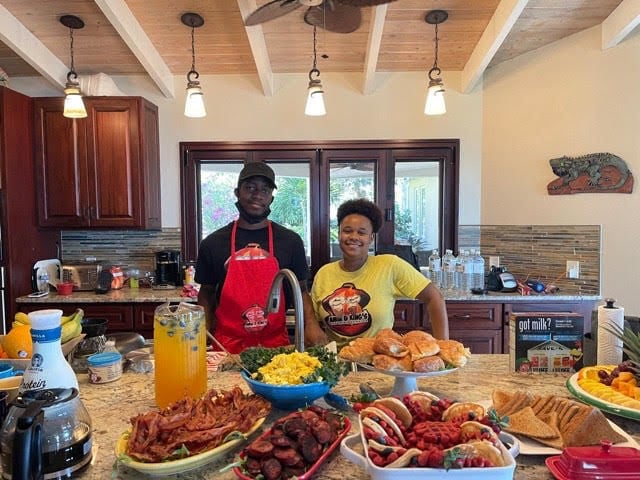 Johnny cakes with a side of Caribbean saltfish

Chef Kharid Wallace of Amia & King’s Catering Service at work in the kitchen. Her dishes include Creole shrimp and cheesy grits and Johnny cakes with a side of Caribbean saltfish.

When Vie’s Snack Shack is your childhood playground, it’s easy to see how you might be drawn to cooking good food and making people happy.

Now Vie’s granddaughter, Kharid Wallace, is following in her grandmother’s footsteps, with the establishment of Amia & King’s Catering Service.

Named for her young children Amia and Kingston —Wallace’s two favorite mouths to feed — the business represents a reinvention of sorts for the chef.

Wallace first pursued her lifelong love of cooking as a career following Hurricanes Irma and Maria, when she sold plates of food from her home.

“We had moved to California temporarily after the hurricanes and when I came back, it was hard trying to find a job,” said Wallace. “Cooking food is something I grew up seeing and doing, so I thought, ‘Let me start with this and see how it goes.’ It turned out to be really great.”

Wallace eventually found full-time employment with a St. John villa management company, putting her pursuit of a cooking career on the back burner. The pandemic sent her back into the kitchen.

“I got laid off due to COVID and had to find a way to keep the lights on for me and my kids,” said Wallace. “I received a lot of encouragement from my partner who suggested I start back cooking. It was exactly what I needed to hear, so I decided to start and from there it boomed. I got my business license and started going villa to villa. Once I posted pictures of my work on Facebook, I received a lot of positive feedback.”

Wallace has never been professionally trained as a chef; she credits her background and upbringing for her skill in the kitchen.

“I’ve never been to any school for cooking whatsoever,” she said. “It’s just a passion and a family trait. My dad is always cooking and I’d always be there in the kitchen helping my Grandma Vie out on the East End. My favorite and most influential school was definitely ‘The University of Vie’s Snack Shack.’ My grandmother and father are huge factors in why cooking is, and will always be, a passion of mine.”

Wallace said she aims to use “island flair” in her dishes no matter what type of food the client requests.

“I try to focus more on local cuisines due to the lack here on St. John,” said the chef. “We try to stick to things that are local, fresh, and Caribbean.”

The popularity of Amia & King’s Catering is starting to build, with Facebook being Wallace’s main avenue for spreading the word about her services. She’s had several bookings including a birthday party and a wedding.

In the kitchen, Wallace relies on the help of her partner, Thaddeus St. Marthe Jr., who works as a chef at a St. John restaurant, and her best friend Keli Merrifield helps her on the serving side.

“Chicken soup is my favorite dish to eat,” said Wallace. “It’s the one thing I was guaranteed to find made at home after school. It could be 100 degrees outside and my dad is going to make chicken soup. As far as cooking, I don’t have one favorite dish to make. I enjoy trying new things. I’m always experimenting.”

From jerk seasoning to tamarind glaze to guava-infused barbecue sauce, Wallace’s cooking incorporates local flavors whenever possible. Though Wallace currently works full time at a local outreach company, she hopes to make the leap soon to focusing on her catering business full time.

“I would never have thought that this small little business that literally started so innocently due to rough times would have been as successful as it is now,” said Wallace. “There will always be struggles but once you remain focused on what you want to see happen years from now, you’ll eventually get there. If it wasn’t for all these impediments in my way I probably wouldn’t have had Amia & King’s Catering. If I could tell anyone who’s contemplating starting a business, I would say, ‘Just go for it!’ Don’t ever second guess yourself. If this is your passion, don’t let it fall by the wayside and if you don’t succeed on the first try, try again and keep at it.”