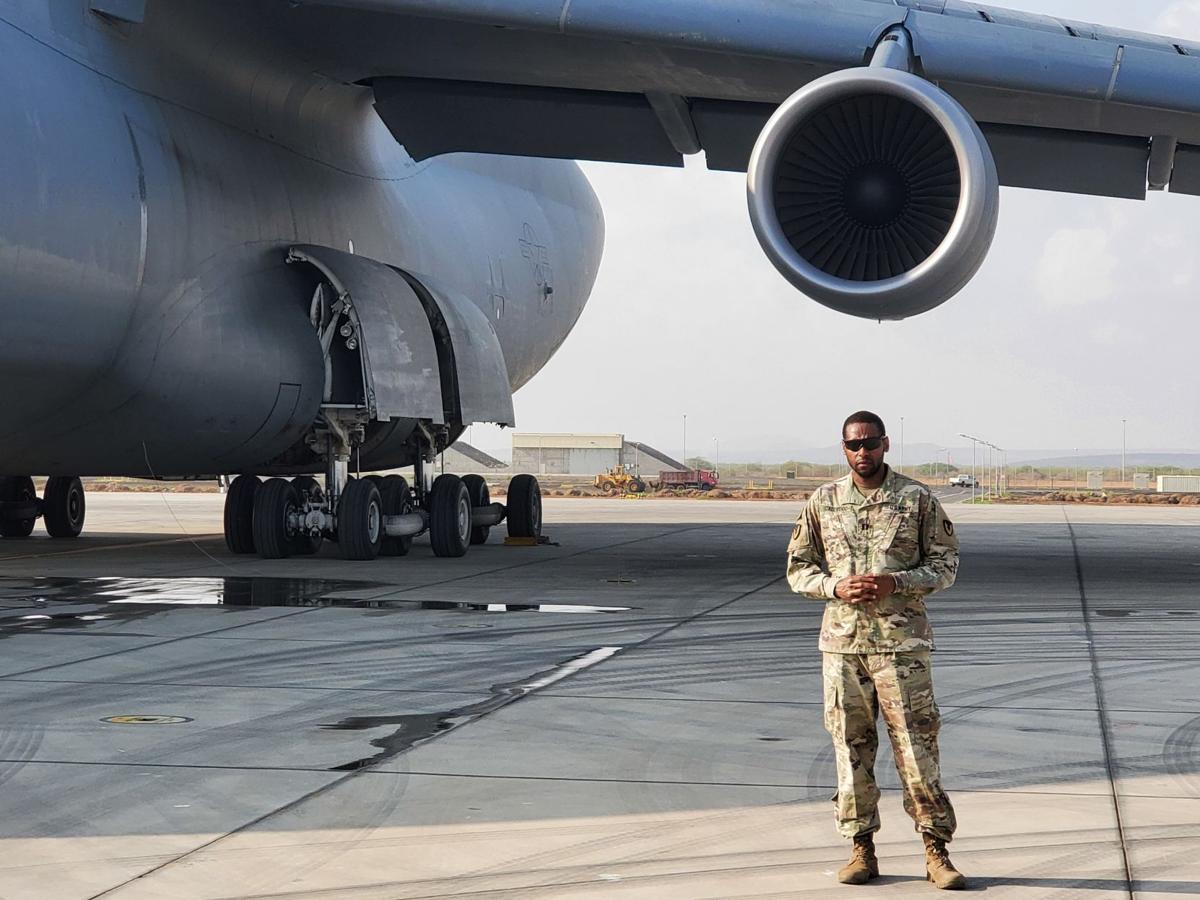 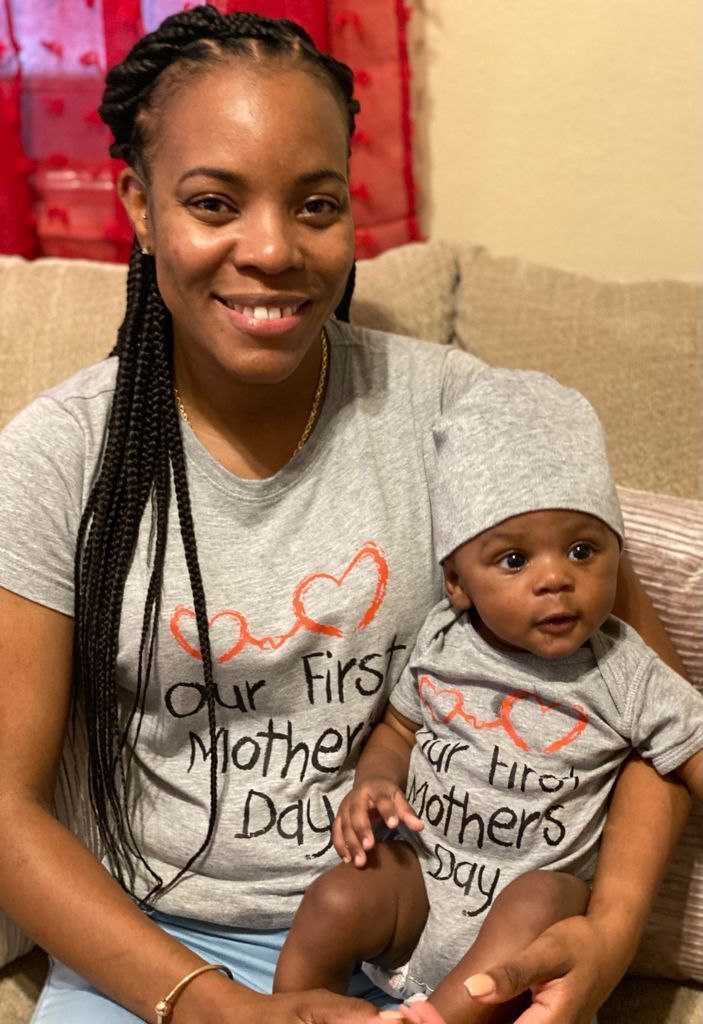 Sekai Callwood was born Dec. 22 while his father, Capt. Kai Callwood, was deployed to the Horn of Africa. His mother is Chantell Bernier.

Sekai Callwood was born Dec. 22 while his father, Capt. Kai Callwood, was deployed to the Horn of Africa. His mother is Chantell Bernier.

CAMP LEMONNIER, Djibouti — Boston’s Berklee College of Music is one of the world’s preeminent music study institutes. Many graduates go on to become industry professionals while others become megastars. But only one graduate — a Virgin Islander — now serves in the U.S. Army in the Horn of Africa.

Currently deployed to Djibouti and Somalia, the classical and jazz tuba and trombone musician now spends most of his days assisting with contractual and logistical requirements as well as serving as a petroleum and water operations planner and volunteer mortuary affairs officer.

“I am embedded within the Combined Joint Task Force-Horn of Africa’s staff, primarily within the joint logistics and supply section,” said Callwood, who initially enlisted in the Army as a tuba specialist assigned to the 215th Army Band, Massachusetts Army National Guard.

Contracted LOGCAP services can include everything from laundry and food service to recreation, maintenance, power generation, information technology, medical services and physical security.

As a planner and adviser, the St. Thomas native assists the task force with LOGCAP contractual requirements. His expertise is highly sought when planning future task force missions.

“I provide additional tools to assist with leveraging different capabilities, such as construction projects,” said Callwood, who has served in the Army for 13 years. “For example, we recently had a flood mediation project in Mogadishu and a waste water treatment project at Baledogle Military Airfield in Somalia that I assisted with.”

“A lot of requirements or requests come to me, and I filter those requirements and requests up to the appropriate logistics teams back in Italy,” said Callwood, whose battalion command, AFSBn-Africa, is located at Camp Darby between Pisa and Livorno, Italy.

Callwood also leverages his broad logistician’s career path — which includes being a qualified mortuary affairs officer — to assist the Horn of Africa task force with another very critical component.

“In the National Guard I have done a lot of military funeral honors missions and a lot of mortuary affairs operations planning,” said the Active Duty Operational Support-Reserve Component officer, whose parent organization is the Virgin Islands Army National Guard. “Coming here, I wanted to provide my capabilities to the area of operation as much as I could, so I linked up with the mortuary affairs team.”

Callwood assists an all-volunteer team with pallbearers training and mortuary affairs processing training. He said it’s extremely important for CJTF-HOA to have a prepared and ready mortuary affairs team to provide dignified transfer and processing of deceased service members, U.S. citizens or host nation citizens, if called upon.

“I’ve been a part of the mortuary affairs team here since October 2020, and throughout that period of time we unfortunately did have one mission we were activated for — we had to process the remains and get the deceased person back to his loved ones in a dignified and honorable manner,” said Callwood.

Callwood also helps make sure soldiers have gas for their vehicles and water to drink.

“I don’t perform actual petroleum or water distribution, but I do help with planning in terms of making sure we have enough testing, the testing is being done accurately, and we have enough here to adequately support the base life support mission,” said Callwood.

His son, Sekai, was born Dec. 22 on St. Thomas just a few days before Callwood was sent from Djibouti to Somalia for another mission.

“I’ll forever be proud to always share that my first son was born while I was deployed as a U.S. Army Soldier,” he said.

Sekai, which means joy in African, and his mother, Chantell Bernier, celebrated their first Mother’s Day together Sunday.