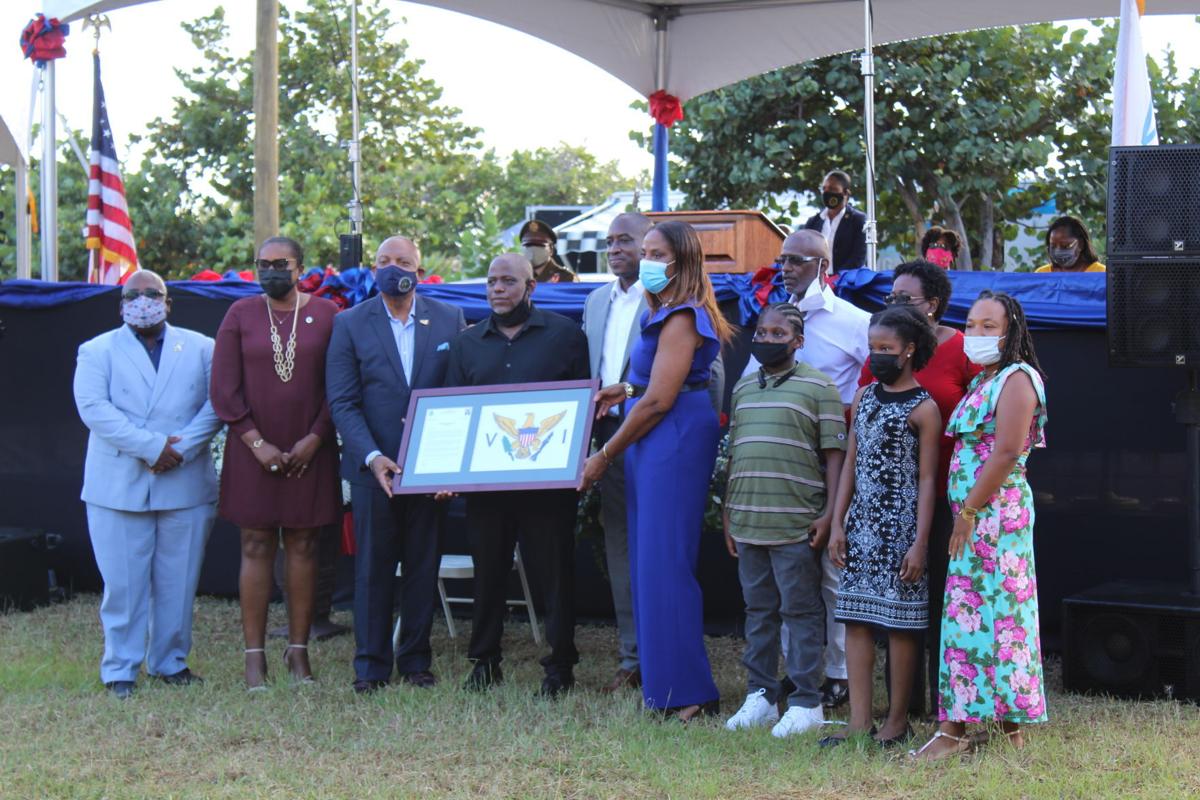 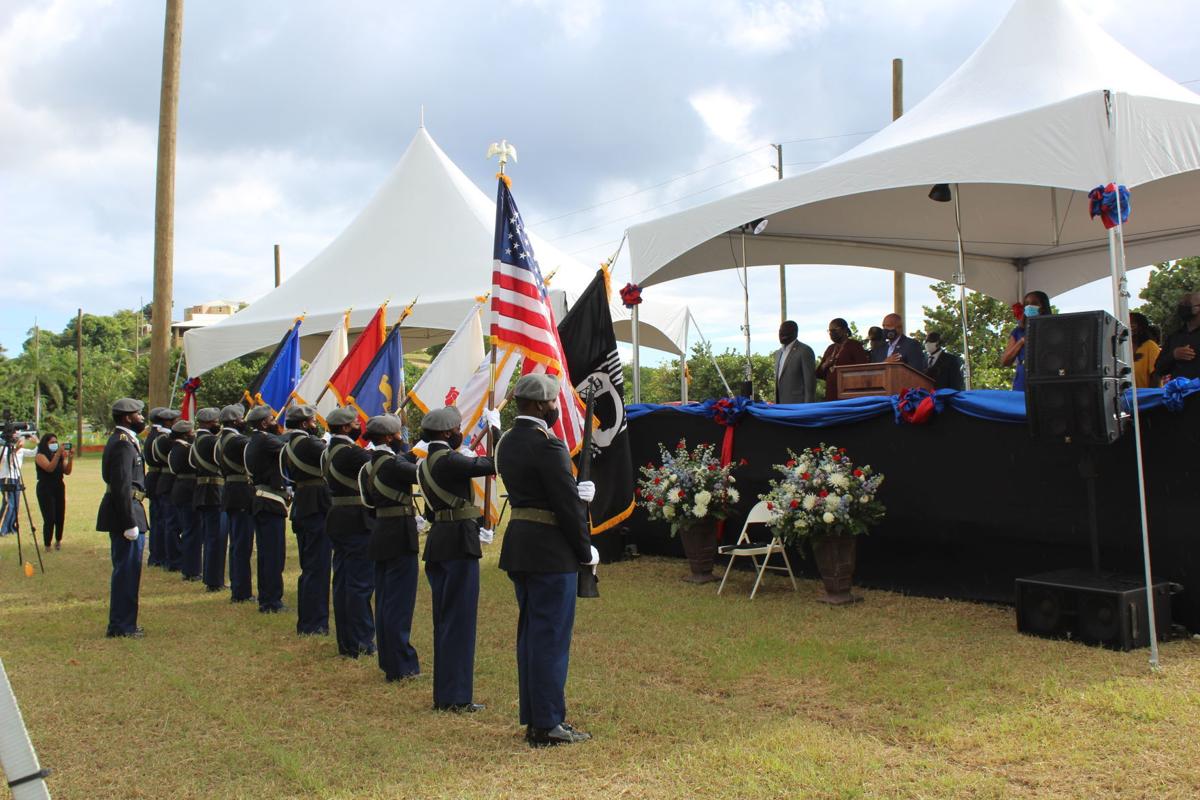 Honoring veterans and their supporters 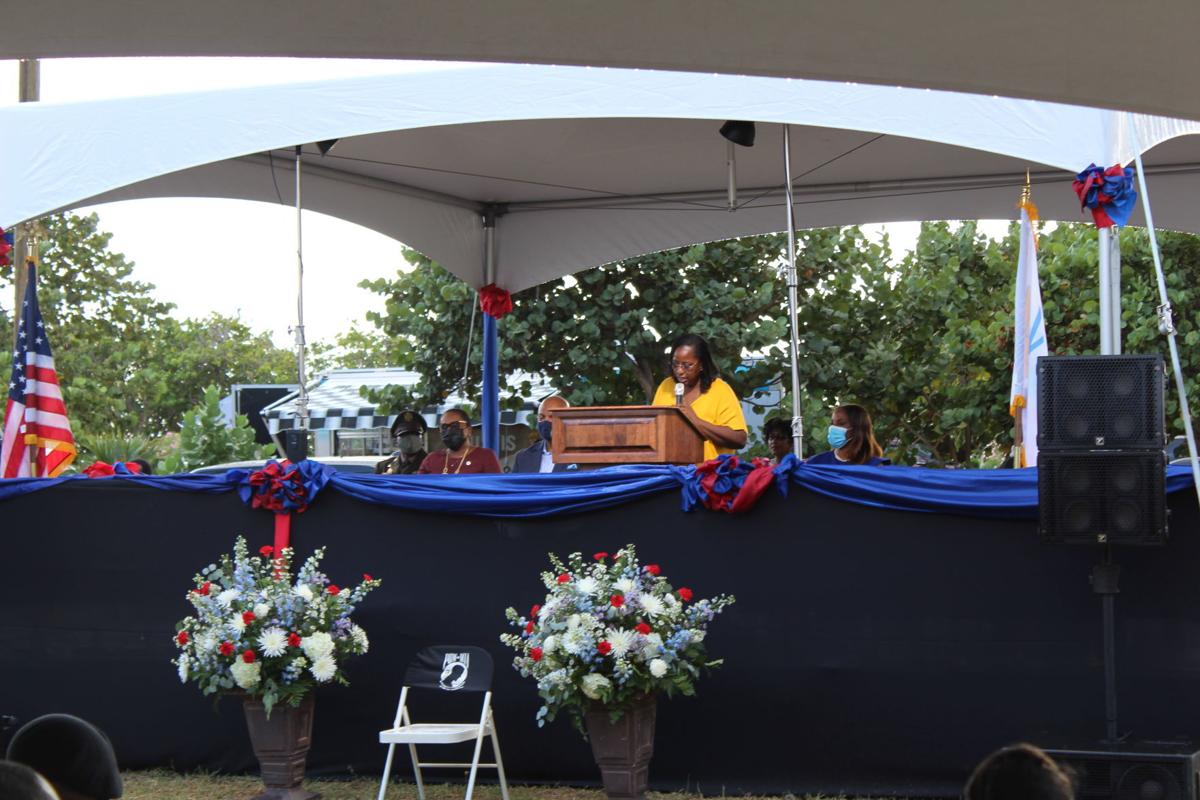 Honoring veterans and their supporters

Veterans Day this year was about honoring those who serve as well as those who devote their time and skills in recognition of the territory’s veterans.

The customary parade, which was put on hold this year given the COVID pandemic, was replaced with brief ceremonies territorywide. The ceremonies were held on St. Croix and St. Thomas, Thursday morning and afternoon, respectively. A ceremony on St. John was held last week.

On St. Thomas on Thursday afternoon, members of the Ivana Eudora Kean High School JROTC presented the colors during a ceremony at the Reichhold Center grounds. Those in attendance learned about Milford Thibou Jr.’s selfless act of donating bread and bush tea, and the example of how simple acts of service can impact a community.

American Legion member Clarence Nibbs Sr., who served for 22 years in the Army Reserve and V.I. National Guard, was among the attendees who included other veterans and their families as well as local dignitaries.

Farrell said that Thibou, whom he described as humble, used his baking skills to help veterans at the local Veterans Affairs clinic. “Labs are administered at the V.A. clinic, and usually veterans must fast many hours before. The labs were taking longer than expected, and we had elderly veterans with blood sugar levels dropping,” Farrell explained.

He said that to prevent any serious medical emergency, Thibou stepped up and has been providing dumb bread with cheese and bush tea free of charge,to veterans while they wait at the clinic following their appointments.

“I personally did not know where the dumb bread and bush tea were coming from,” Farrell said, before thanking Thibou for his service to fellow veterans.

Monet Davis, a military musician and the St. Thomas keynote speaker, talked about how her work as a musician was a way for her to support other active military members.

Plaskett touched on legislation for Supplemental Security Income (SSI) that she said she has been pushing at the national level to benefit veterans in the territory.

“Gaining the benefit of SSI will be a monumental step towards easing financial pressure on families,” Plaskett said. Currently, veterans who get SSI while residing on the mainland states lose those benefits if they return home.

Roach, who spoke on the importance of advocating for the territory’s veterans, took the opportunity to thank Farrell for his work with veterans.

Farrell has held the position since Gov. Kenneth Mapp’s administration.

According to Roach, the afternoon ceremony would be the last for Farrell as Veterans Affairs director as “he would be moving on to another capacity in the near future.”

“Thank you for your service. We wish you well in your new position,” Roach said, but did not elaborate.

Earlier Thursday morning, Farrell honored veteran Angel Diaz Jr., during a ceremony at La Reine Chicken Shack on St. Croix. The family business is co-owned by Diaz. Diaz served four years in the U.S. Army before returning to St. Croix in 1994 to serve as a V.I. police officer

Gov. Albert Bryan Jr., who is out of the territory, attended a ceremony held Saturday on St. John in honor of veteran Michael Jackson Sr.