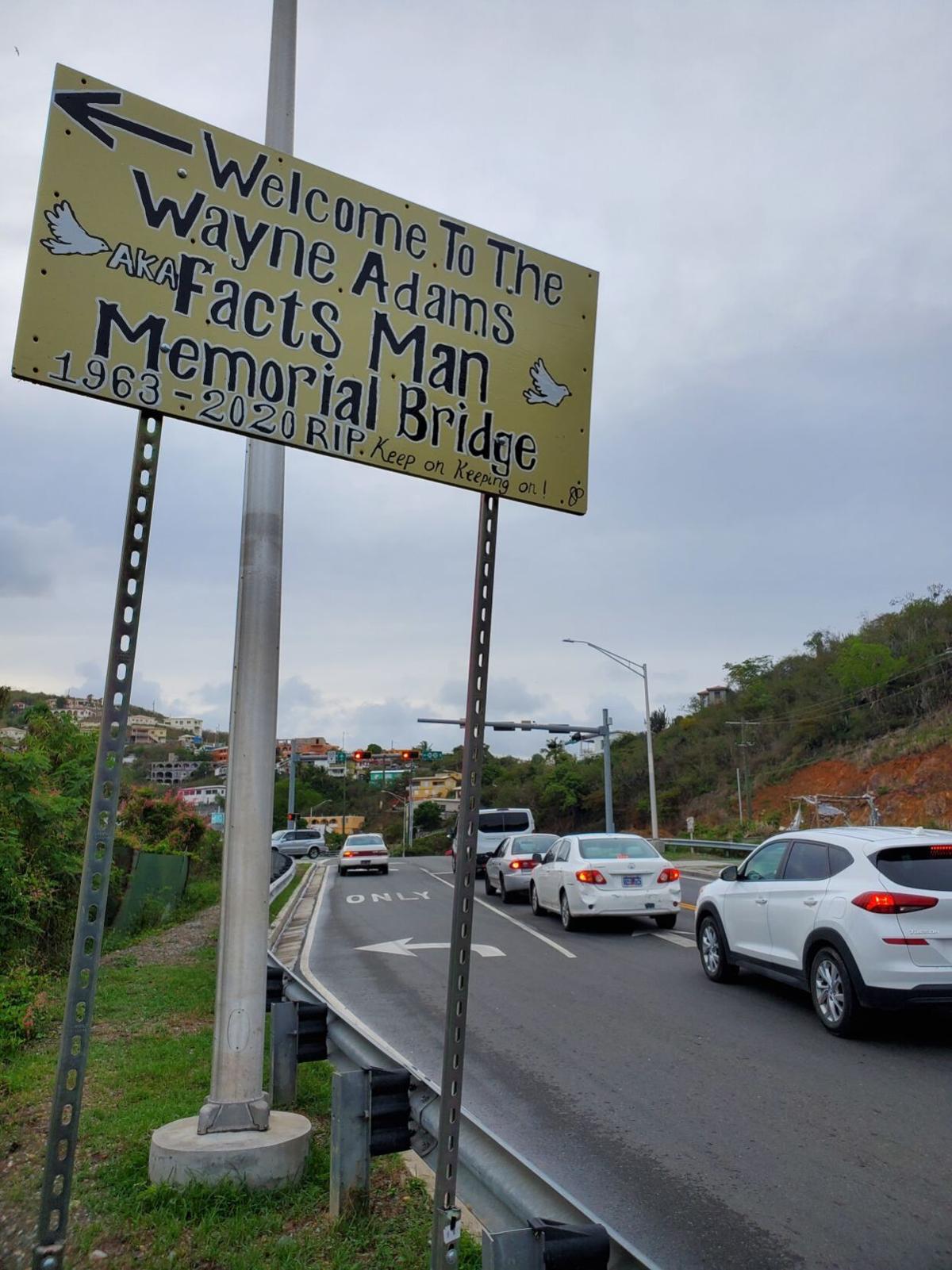 A sign announces to motorists that they are crossing the Wayne Adams ‘Facts Man’ Bridge. 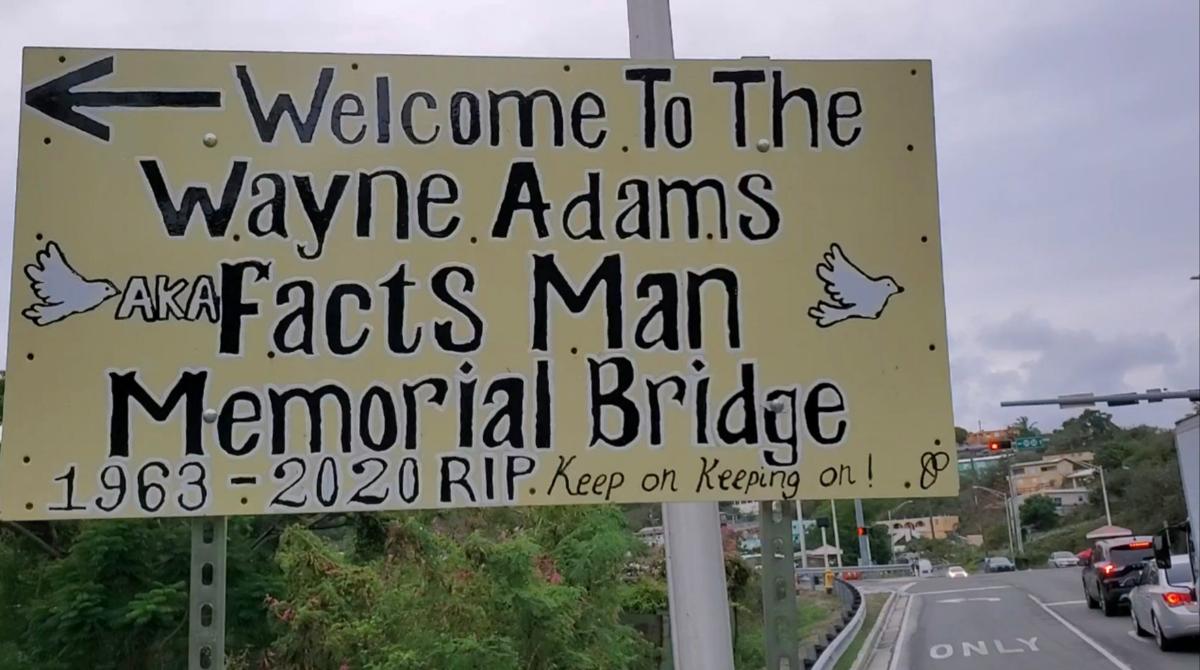 A sign announces to motorists that they are crossing the Wayne Adams ‘Facts Man’ Bridge in Nadir, St. Thomas. It’s also known colloquially as the “Bridge to Nowhere.”

A sign announces to motorists that they are crossing the Wayne Adams ‘Facts Man’ Bridge.

A sign announces to motorists that they are crossing the Wayne Adams ‘Facts Man’ Bridge in Nadir, St. Thomas. It’s also known colloquially as the “Bridge to Nowhere.”

Turpentine Run bridge, colloquially called “The Bridge to Nowhere,” sat for years incomplete until 2018 when former Gov. Kenneth Mapp declared it finally the “Bridge to Somewhere.” The bridge took more than 20 years to build, and cost nearly $28 million.

Now, a mysterious vigilante road crew made up of what can be assumed to be “Facts Man” mourners has christened the bridge with their own name, “The Wayne Adams AKA Facts Man Memorial Bridge.”

“Yeah, that sign is not official,” Public Works Chief of Staff Kinila Callendar said recently. According to Callendar, whoever is responsible for the sign did not get approval. “There is a process for those kinds of things.”

The sign displays two doves with black and white lettering reading, “Welcome to The Wayne Adams AKA Facts Man Memorial Bridge. Keep on Keeping on!”

Nearby, a second sign honors Jam Band’s Nicholas Friday, proclaiming “The Nicholas ‘Nick’ Friday Memorial Drive.” That sign, however, took a more traditional route into being, starting with a bill introduced into the Virgin Islands Legislature after the musician’s death in 2005. Immediately after J’ouvert in 2007, the sign was unveiled with the St. Thomas-Water Island administrator and governor on hand.

Slowly, all the public roads in the territory are being named as part of the Lieutenant Governor’s Office Street Addressing Initiative. As part of the process, unofficial names are being formally adopted and in other cases where there is either no clear name or there are duplicate names, the office is working with neighborhood groups and homeowners’ associations to designate new names.

So, there is still hope for Adams’ supporters, but to gain traction, they would likely need a senator’s help. Adams was a DIY historian whose notoriety and uncanny ability to recall “facts” garnered him the nickname “Facts Man.”

While he was mostly known for his regular call-ins on radio programs, he also produced signs, pamphlets and CDs that he would peddle outside Tutu Park Mall in an attempt to share his facts, ideas and opinions on Virgin Islands history and the African diaspora.

Facts Man passed away due to complications from COVID-19 in September. It is not clear if Public Works will remove the signage, and while Facts Man is gone, it appears his homegrown style of grassroots activism still lives on.