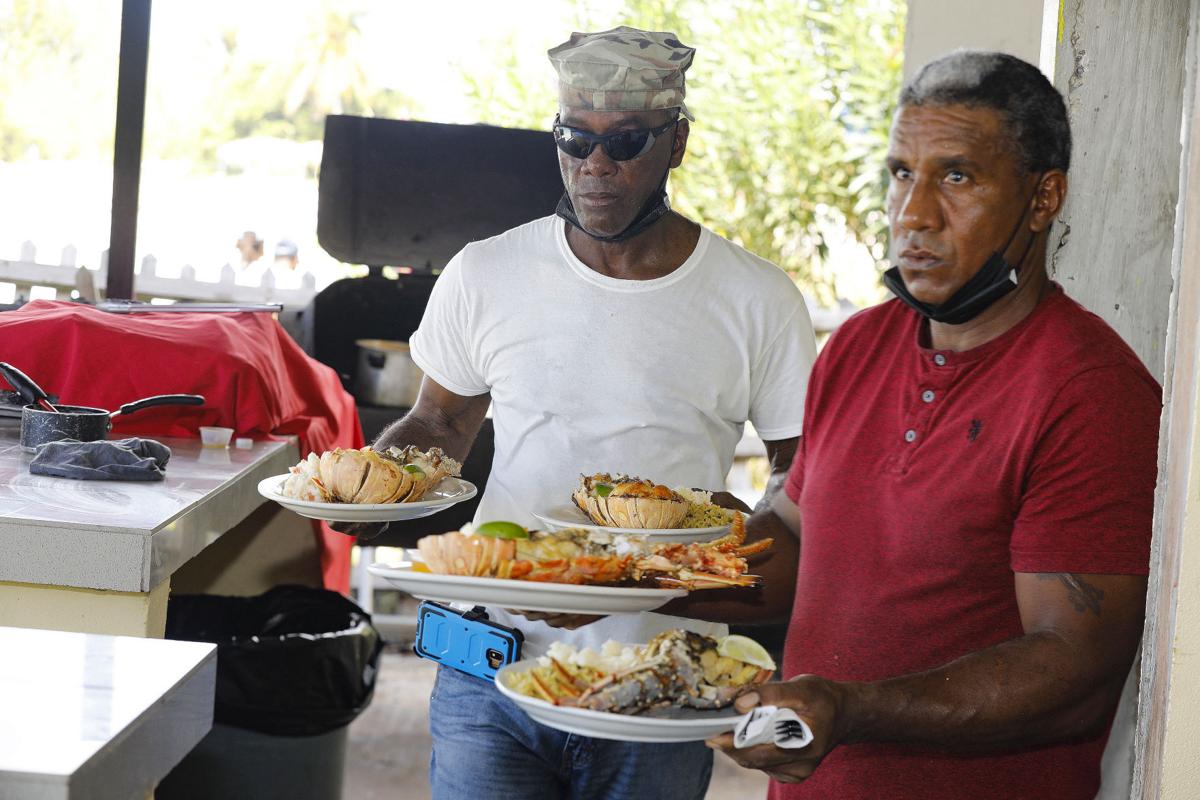 Phil Vanterpool, at left, and Sandro Tejada take lobster orders from the kitchen at Potters By The Sea to patrons. 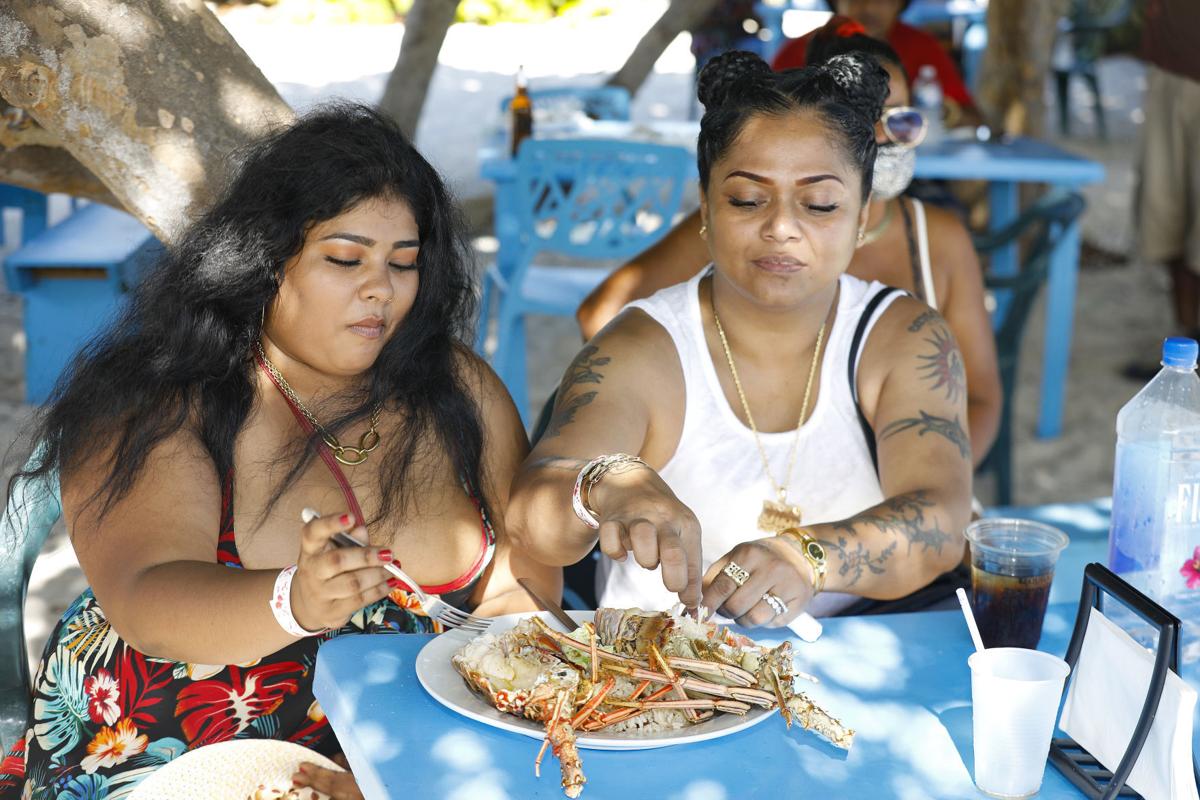 Shoba Sugrin, left, and Bibi Hoosain enjoy a lobster at Big Bamboo, their second stop for the day during Sunday’s Anegada Lobster Fest.

Phil Vanterpool, at left, and Sandro Tejada take lobster orders from the kitchen at Potters By The Sea to patrons.

Shoba Sugrin, left, and Bibi Hoosain enjoy a lobster at Big Bamboo, their second stop for the day during Sunday’s Anegada Lobster Fest.

ANEGADA — Terrence Browne was among the hundreds of visitors flocking to the ninth Anegada Lobster Fest on Sunday.

It was Browne’s first trip to the Drowned Island, as it’s known to be the only island in the British Virgin Islands formed entirely of coral.

“I’ve heard so many great things about the Lobster Fest, so I wanted to get a firsthand experience,” Browne told The Daily News between bites of lobster from his perch at Potters By The Sea. “This is my first one of the day and so far so good. I’m going to try different spots, evaluate, then I can say here’s the best — or Big Bamboo, or wherever I’m going next.”

“Today speaks volume[s] of what can happen in time to come, over the years. Today has been a splendid day,” she said, noting that BVI Premier Andrew Fahie, members of his government and former legislators were enjoying lobster as she spoke. “Today is like 2017 after the hurricane — that kinda business. I’m pleased and most blessed to be honest.”

The three-day event began with offerings at bars and restaurants Friday, leading up to the main event Sunday.

David Rivera Polanco, an agronomist with the Agriculture Department at the University of Puerto Rico, was at the Lobster Fest by chance.

He said that while browsing Facebook, he saw a trivia question, answered it and won the trip to the event on Cape Air.

“I didn’t know about the Lobster Fest. Now that I know, I think I’m coming some other time,” he said. “It has been wonderful so far. It has been interesting and different.”

Polanco said it was his first trip to the BVI and his “first time in Anegada and definitely it has been wonderful. Definitely a place for Lobster foodies.”

“People that love food, this is the place for them,” he added. “I’ve only been to three restaurants, but I look forward to going to others around the island. It’s been wonderful so far.”

Luriel Laboy, who has been working with the BVI Tourist Board’s Puerto Rico office promoting the territory for the last five years, said while he has been to the BVI before, it was his first trip to Anegada. He praised the food offerings, restaurants and people as “amazing.”

He also met his fellow Puerto Rico native Polanco for the first time.

“I’ve really been enjoying Anegada, it’s by far one of the best islands in the BVI. The people over here are so nice, the restaurants are so packed with people, but the service is so nice you want to stay the whole day,” Laboy said.

He also had enthusiastic praise for the Lobster Fest itself. “I’m enjoying it and having a lot of fun. The music and everything is good. And oh, the food! I’ve had lobster kebabs, lobster cakes — and the lobster stew at Cow Wreck is really nice. The lobster sandwich in Pink Flamingo is really good, too. I’ve been to all the restaurants and they have all been really, really good.”

British Virgin Islands Tourist Board Project manager and chairman of the Lobster Fest Carnel Clyne told The Daily News that it was going great for participating restaurants and stakeholders.

“Their take is that they’re happy with the turnout and with the spending,” he said. “We’re definitely seeing a huge influx of people and they definitely [came] to spend money.