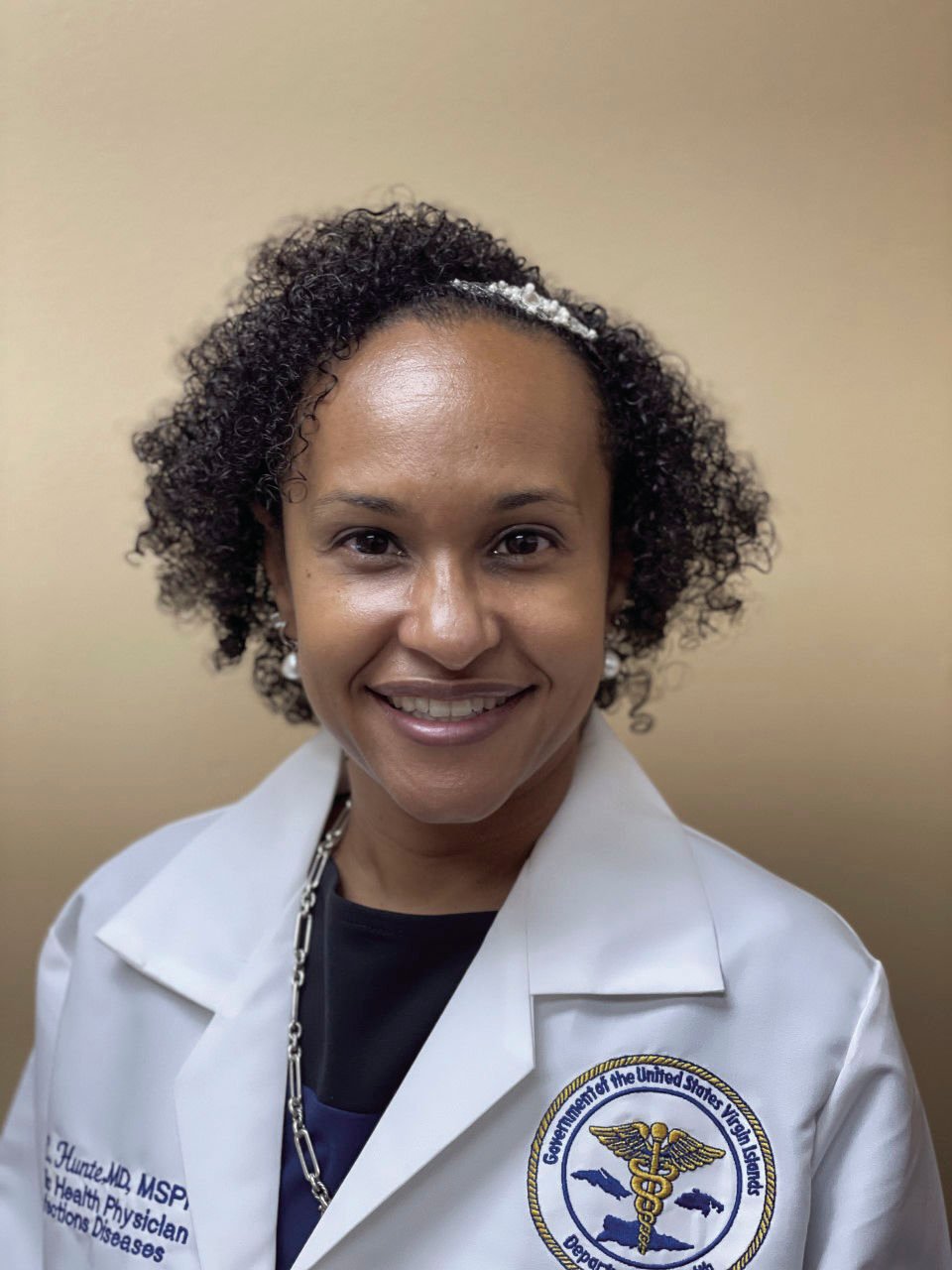 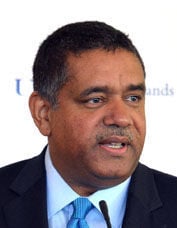 In creating a medical school, University of the Virgin Islands President David Hall doesn’t just hope to change his institution, but also the territory.

Hall sees the newly named S. Donald Sussman School of Medicine as a center for public health in the territory, tackling infectious diseases like COVID-19 and the mosquito-borne ailments, and raising up the quality of care at the territory’s hospitals as new doctors are attracted to the community and young Virgin Islanders decide to stay.

On Monday, the university took a substantial step forward in that effort as it announced Dr. Tai Hunte-Ceasar will be the medical school’s first dean.

“It was a tough choice, we had other strong finalists,” Hall said.

“The dean is the academic leader of a particular school or college, and also the manager and person who provides oversight to make sure the school or college achievers its goals and objectives,” Hall said.

“We wanted a strong manager,” Hall said. “Her role as serving as medical director of Schneider, medical director for the Department of Health indicated to us that she had good managerial skills.”

What ultimately tipped the scales in favor of Hunte-Ceasar, is her background as an expert in public health and infectious diseases, Hall said.

Hunte-Ceasar, who has not previously held a senior academic position, has a master’s degree in public health from the University of Miami and earned her bachelor’s degree and doctor of medicine from Howard University.

“As a local Virgin Islander who returned home to practice medicine, I am incredibly honored to take on this role at the UVI school of medicine that will provide increased opportunity for Virgin Islanders and other students of the Caribbean to be trained in a cutting edge and innovative setting,” Hunte-Ceasar said. “I am confident that the unique experience that the students will receive will serve as a catalyst for their desire to practice in the territory and to contribute to the sustainability of community and public health by educating our future healthcare professionals. I look forward to leveraging my community building experience to facilitate partnerships across the public and private healthcare networks that will result in increased healthcare outcomes throughout our community.”

Since then, the university has strengthened its offering, Hall said.

In May, former UVI trustee Donald Sussman gave the university $6 million for the medical school. Previously, the school’s endowment had been primarily anchored by a loan.

“The endowment has not only covered the cost of the expenses of the team, and bringing the team together, but it has generated savings that we will use for the early stages of the medical school,” Hall said, noting that while the plan to use a loan to create an endowment was “certainly ambitious and some may say risky … it has paid off.”

While Hall said the university will have more positive gift announcements soon, he said the board has yet to make any decision on retiring the loan taken out six years ago.

In addition to building a financial base, the university has also made adjustments to its planned curriculum, the role technology will play and taken steps to strengthen the relationship between the school and the community, Hall said as to things that will be different this time as they seek accreditation.

Hunte-Ceasar’s administrative skills will be put to the test soon, Hall said.

“February is when LCME will let us know if we are entitled to a site visit,” Hall said. “If we get the green light, we will defiantly have to hire a number of individuals who will be in place by the time the site visit occurs.”

And, if LCME likes what it sees, a new round of hiring will occur as the university takes the medical school from theory — albeit with buildings already nearing completion on the St. Thomas and St. Croix campuses — to reality as it will need to quickly add the staff needed to teach future doctors.

Hall believes the medical school will provide measurable outcomes as new doctors offer services previously only available on the mainland and university students get their first taste of public medicine by doing things as simple as sitting down with residents and helping explain to them how to take steps to be healthier and help take the confusion out of advice their physicians and other health experts may be giving them.

In addition to Hunte-Ceasar joining UVI, former Gov. John de Jongh Jr. has been unanimously elected to a five-year term on the school’s board of trustees.

De Jongh, who served as governor from 2007 to 2015, brings experience in both government and finance to the board, Hall said.

“Former Governor de Jongh has enormous experience in financial matters and the university has to be mindful of our financial picture and investments we are making. That is the main strength. Second, as we are aggressively try to identify other donors, he is certainly familiar with individuals in the territory who have philanthropic capacity and willingness to give,” Hall said. And, “having served as governor, he certainly has insights in the operation of the government in general even if the individuals who are there anow are not the individuals who were there when he was governor. Having strong government relations is important for any university.”

De Jongh is a graduate of Antioch College.

To make a donation to the medical school, call 340-693-1040, or email Vice President Mitchell Neaves at mneaves@uvi.edu.