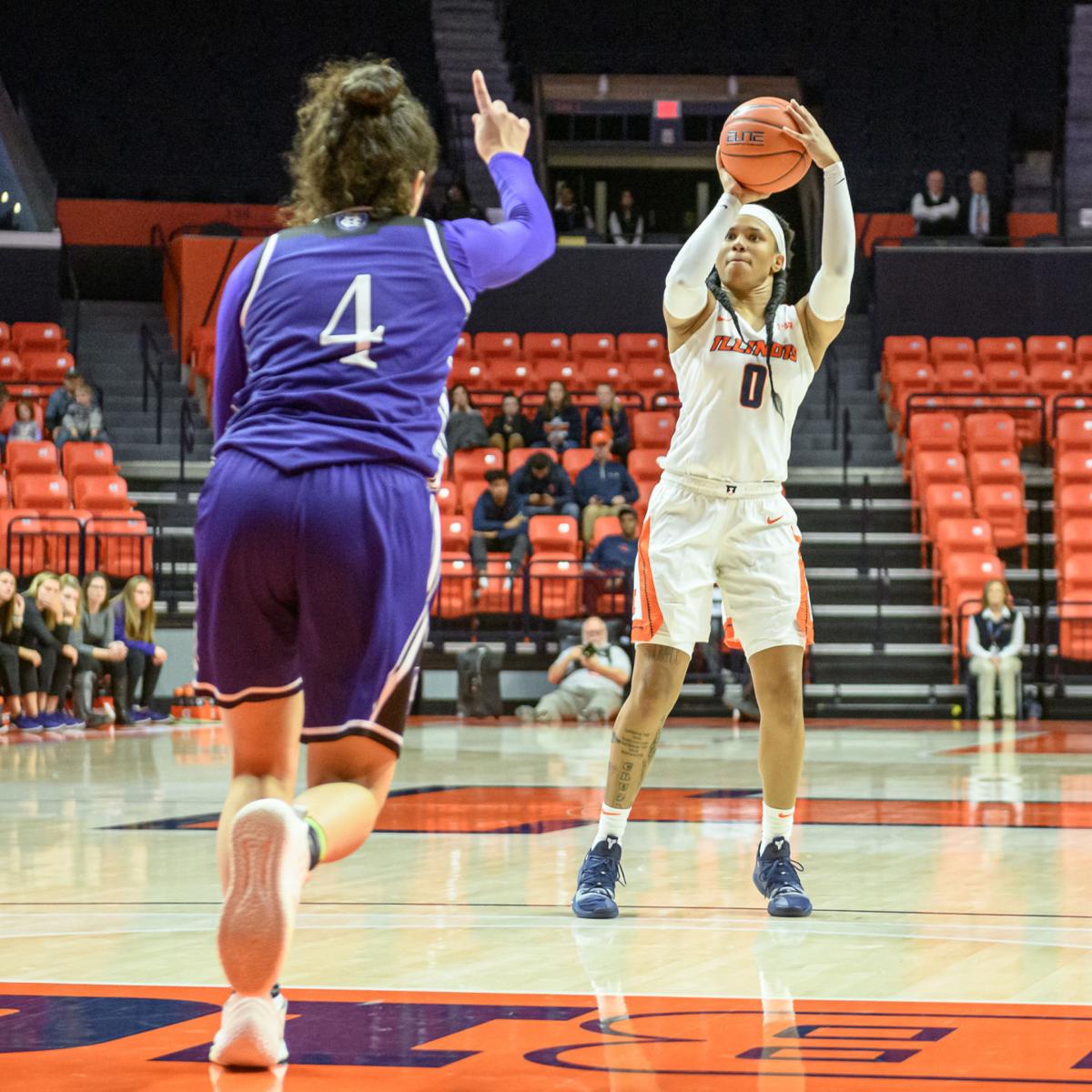 St. Croix native J-Naya Ephraim, right, shoots from the top of the key during the Illini’s game against Holy Cross on Nov. 9, 2019, in Champaign, Ill. After three seasons at Illinois, Ephraim has transferred to George Mason University.

St. Croix native J-Naya Ephraim, right, shoots from the top of the key during the Illini’s game against Holy Cross on Nov. 9, 2019, in Champaign, Ill. After three seasons at Illinois, Ephraim has transferred to George Mason University.

It’s been a stressful 12 months for J-Naya Ephraim, both on and off the basketball court.

That’s what prompted the St. Croix native to seek a change of scenery after three seasons at the University of Illinois, with Ephraim transferring to George Mason University in Fairfar, Va., to play on the Patriots’ women’s basketball team.

Ephraim confirmed the transfer in a telephone interview Thursday, saying that she “just wanted a change.”

“I wanted to take my game to a different level,” Ephraim said. “Even though [Illinois] was a Power 5 [conference, the Big Ten], that didn’t mean anything, just in the resources out there and everything. Plus, mentally I went through a lot, too, so it was time for me to grow as a person and as a player.”

While the 2020-2021 season was Ephraim’s best in minutes played (22.5 per game average), scoring (4.3 points) and assists (1.6 per game), it also was one of her most stressful due to the COVID-19 pandemic — and all the restrictions and frustrations that came with it.

“It was difficult,” the 5-foot-9-inch Ephraim said. “I remember one time, we were going hard [practicing] for like two weeks, then when it came time to play, we find out we can’t play. After a while, stuff like that started to get to us.

“Really, we only had to reschedule like two games, so we didn’t really miss much. Illinois did a great job with COVID testing — we had to test every day. That was definitely a lot to deal with as a player, because we were having to get up at like 7 in the morning every day just for testing.

“It was a lot to deal with, mentally and physically. It was definitely a year to remember.”

She put her name into the NCAA’s transfer portal in late March, along with three of her teammates — sophomore Kennedi Myles, the Illini’s third-leading scorer (8.0 per game) and top rebounder (8.7); sophomore Jeanae Terry, the team’s No. 2 scorer (10.7 points) and rebounder (7.8); and freshman Aaliyah McQueen.

And she started getting a lot of interest — Ephraim said she heard from between 10-15 NCAA Division I teams, plus other smaller schools.

“It was definitely a very, very hard choice,” Ephraim said. “I felt like I had built connections with all three schools … but this time my mom [Vanessa Richardson] was part of the process. She fell in love with them instantly. Out of all the schools, they had my specific major [sports management].

“Plus, I want to improve my game. I want to play professionally, and I’m pretty serious about my craft right now.”

Ephraim joins a George Mason women’s program in the midst of a rebuild after former head coach Nyla Milleson resigned in mid-March after eight seasons.

“It’s an entire new coaching staff, but they all came from the same program,” Ephraim said.

“I just loved the vibe. Everything was genuine, a close family feel — and I’m big on family. The fact that they moved from one college to another, it just felt right.”

Ephraim will enter George Mason as a senior, but with two years of eligibility remaining after the NCAA’s decision to grant all athletes an extra year because of the COVID-19 pandemic.

“I’m excited,” Ephraim said. “This past year was one of my toughest years mentally. I went through a lot — I struggled on the court, and I let my mental problems come into my basketball stuff. I knew I needed a change in my life. It was hard to leave, but it was just time.”