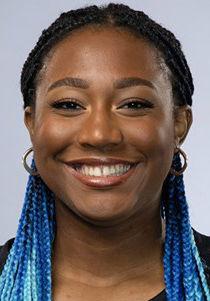 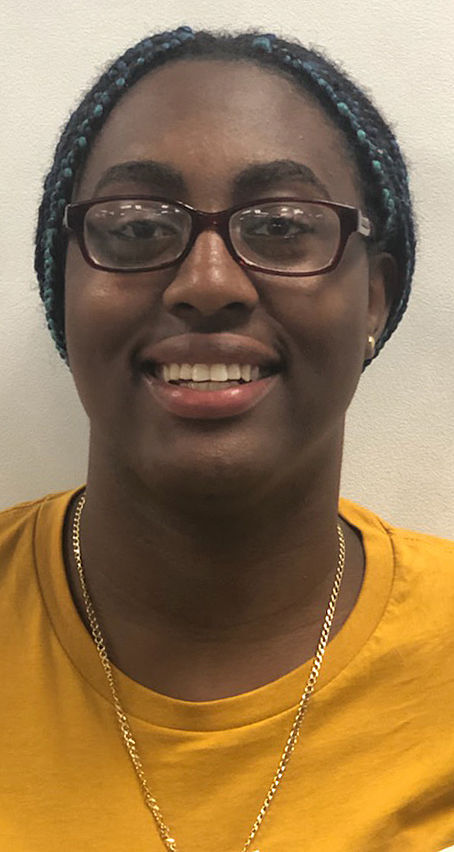 When the FIBA Women’s AmeriCup tournament begins Friday in San Juan, one of the most notable players in the 10-team field will be St. Thomas native Aliyah Boston, playing for defending champion United States.

But Boston could see a familiar face on the other end of the court during this year’s AmeriCup — her older sister, Alexis Boston, who is playing for the U.S. Virgin Islands.

“It’s a big experience,” 22-year-old Alexis, a 6-foot-3 power forward-center, said in a telephone interview Monday before the team’s final practice. “I’m just thankful to get a shot at this. Being in the same tournament is going to be pretty cool.

“We’ve talked about this, just playing in the same tournament. But this is going to be the first time I’ll play against her [in a real game]. I’ve gone up against her before, in pickup games, but this will be at another level.”

This will also be Alexis’ first time playing in an international tournament — and her first real game action in two years.

However, Alexis stepped away from playing the game after transferring to South Carolina — where Aliyah was a two-time All-American and contender for national player of the year awards — for her final two years of college.

The reason for the transfer was simple: the Boston sisters’ parents.

“It gave our parents [Cleone and Al Boston, who still live on St. Thomas] an opportunity to see the both of us in one state,” Alexis said. “We made it easier on them.”

While she stepped away from playing, Alexis didn’t fully give up the sport — she spent two seasons as the Gamecocks’ equipment manager, as well as a scrimmage partner against her younger sister and other players in after-practice workouts.

“The team was great,” Alexis said. “They were all great players, and everyone definitely contributed. But seeing how it ended [with a loss to eventual NCAA Women’s Tournament champion Stanford in the Final Four], it was tough on all of us, but they’ll definitely be back next season to finish up the whole thing.”

Alexis — who graduated from South Carolina last month with a bachelor’s degree in retail and hospitality management — was back on St. Thomas with her family when she got a call from Clint Williams, one of the USVI National Team’s assistant coaches.

“They called while we were at home,” Aliyah said in an email interview Tuesday, “and they asked Alexis if she wanted to come and try out for the team. And she’s like, yeah. So when I was leaving [for Team U.S.A.’s training camp], I was like, ‘Well, I’m probably going to be seeing you in Puerto Rico.’”

Alexis — who will work on her master’s degree at Thomas University in Thomasville, Ga., as well as play on its women’s basketball team — has spent the past two weeks on St. Croix at the USVI National Team’s training camp, getting back into game shape for the upcoming Women’s AmeriCup.

“I think I’ve still got the edge,” Alexis said. “I’ve taken off two years, so it’s not going to come back quickly. It’s a process, which I’m okay with. But we’re working on my game.”

The addition of Alexis gives the USVI squad some much-needed depth at the post position, with four players six foot or taller. With the U.S. Virgin Islands facing two top-15 teams — No. 4 Canada and No. 15 Brazil — in group play, the numbers will be a help, according to USVI head coach Tajama Abraham-Ngongba.

“[Alexis] has pretty good hands, she can run the floor and she can rebound,” Abraham-Ngongba said. “She just gives us more depth, just more bodies in general. Going into AmeriCup with four post players is definitely taking a step in the right direction.”

The U.S. Virgin Islands — No. 49 in FIBA’s world rankings — is in Group A, along with No. 39 Colombia and No. 85 El Salvador. The top-ranked United States is playing in Group B, along with No. 28 Argentina, 44th-ranked Dominican Republic, No. 23 Puerto Rico and No. 52 Venezuela.

The Boston sisters — and their teams, which are in opposite groups — could meet in the tournament’s elimination rounds, which begin June 17. The finals are set for June 19, with all games being played at San Juan’s Roberto Clemente Coliseum.

“It would be exciting,” Aliyah said. “I don’t know the last time we actually played against each other. I mean, that’d be pretty fun. That also would mean I’m playing against my hometown, so that’s exciting, too.”