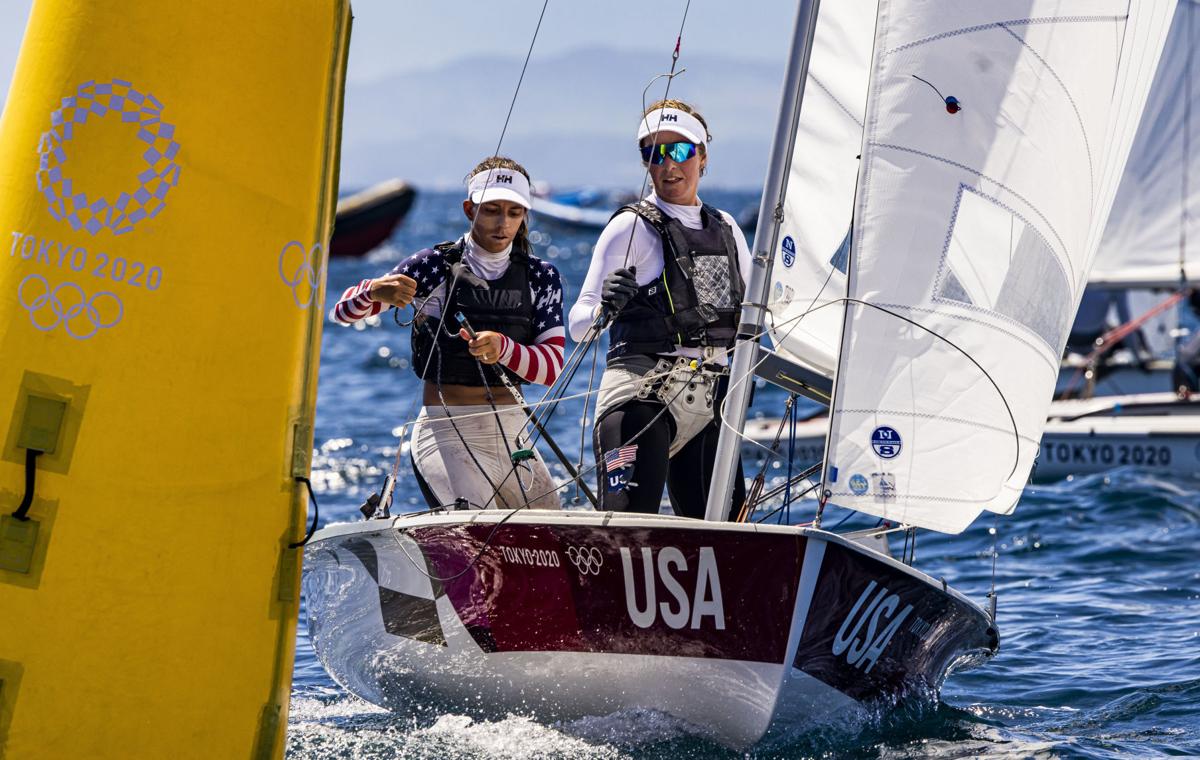 It’s starting to sink in that St. Thomas native Nikki Barnes is about to compete in her first Olympic Games.

If trying on her Team USA uniform for the first time didn’t do it, then the long flight to Japan — Miami to Newark, N.J., then on to Tokyo — should get her there.

“It’ll probably all sink in when I’m at the airport,” Barnes said in a telephone interview with The Daily News made before departing for the Tokyo Games. “I’m still very busy trying to get everything ready.

“I wouldn’t say it’s unbelievable, because I knew we were always going to get here, but it is beyond what I could have imagined.”

However, things get real for Barnes — an officer in the U.S. Coast Guard stationed in Miami — and sailing partner Lara Dallman-Weiss today when they sail in their first two races in the women’s 470 class at the Olympics in Enoshima Yacht Harbour, just over 30 miles from the center of Tokyo.

The 26-year-old Barnes, as skipper, and crewperson Dallman-Weiss, 32, have their first race starting at 2:35 p.m. today Tokyo time (1:35 a.m. in the U.S. Virgin Islands), with the second race following almost immediately after the conclusion of the first race.

Over the next seven days, the 21 women’s 470 class teams will race 10 times — six in Enoshima, with four races at the coastal town of Zushi, about five miles away — before holding the medal race on Aug. 4 at Enoshima.

Barnes and Dallman-Weiss have tested the conditions at Enoshima three times — all in 2019, including the 470 World Championships — since they partnered to form Perfect Vision Sailing nearly three years ago.

“We did train there and did the regattas there, but that was pretty early in our [partnership],” Barnes said. “It’s a pretty incredible venue. You go out, and every day you try to look for Mount Fuji in the background. If a typhoon comes in, it brings in some huge swells. Just incredible conditions for sailing; it has a little bit of everything.”

But that was more than two years ago; since then, the COVID-19 pandemic put a hold on pretty much all sports (including sailing) around the world, and delayed the Tokyo Games for a year.

Barnes and Dallman-Weiss didn’t waste any time, though.

After Barnes got an extension from the Coast Guard on her Support Allowance Billet, which allowed her to train full-time for the Tokyo Games, they spent the extra year training overseas — in Spain, where they found sailing conditions similar to Enoshima; in Portugal and the Canary Islands.

“We trained a lot in northern Spain,” Barnes said. “We did that from September to December [2020], and we just finished up another camp there after the Europeans [Championships in early May]. They have swells that come in, some pretty good waves that are pretty similar.

Barnes and Dallman-Weiss earned their berth in the Tokyo Games by advancing to the medal round of the 2021 470 World Championships, held in mid-March in Vilamoura, Portugal. They wound up finishing seventh overall, tops among the three U.S. entries.

Now, they get to put the work of the past three years into action.

“Our goal is not a tangible goal; it’s not something that you can put a number on or a position on,” Barnes said. “Our goal is to sail at the best of our ability, to reach our fullest potential. If that equals a medal at the Games, that would be incredible.”